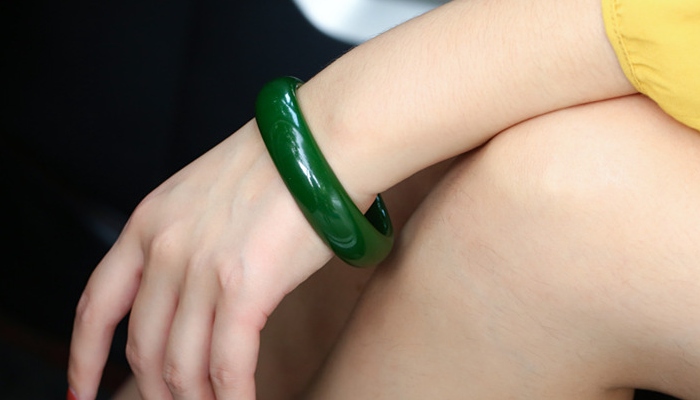 The other thing held in high regard by the Chinese people, other than their reverence of the color red and their many festivals, has got to be their love and reverence for jade.

The Chinese hold jade in high regard, and you will find pretty much all women around China adorned in pieces of jewelry with some jade elements in them.

We’ll find out why that is the case in the latter sections of this article, so let’s get into it!

So, why do the Chinese ladies fancy the bangles made of jade? 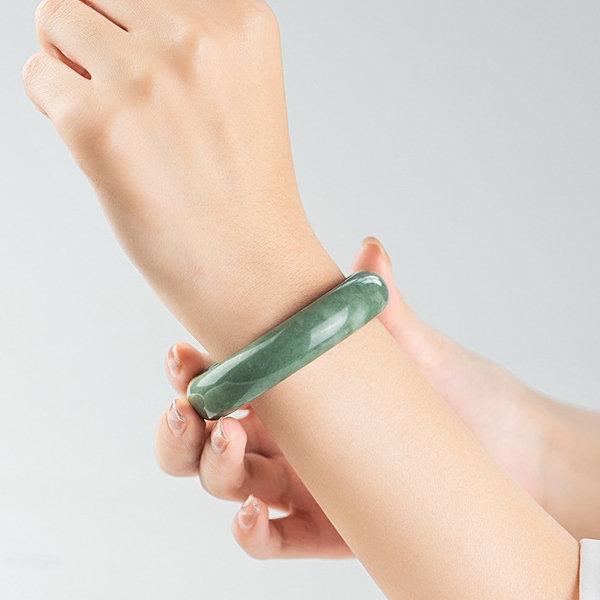 You may know that jade is one of the most important gemstones that is deeply steeped in symbolism and myth.

It is also profoundly revered, and this reverence dates to about 7000 years.

But did you know that jade comes in a relatively wide spectrum of colors? We thought you should know that and the fact that the color qualities of jade make this gemstone the perfect gem to incorporate into jewelry and art and as lucky charms. 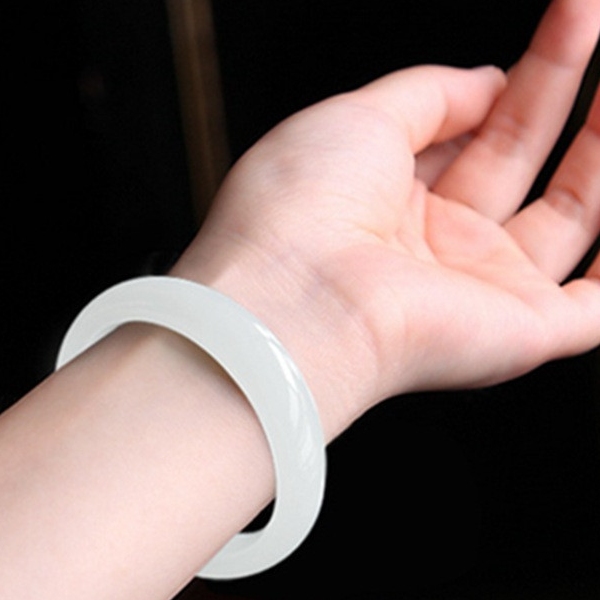 Jade is most often used in hairpins, combs, bangles, earrings, and carvings. The gemstone is also often used in religious ceremonies and ancient Chinese cultures.

So, if you’re looking for a multifaceted gemstone in its power and significance, then jade would be an excellent option for you.

The significance of this gemstone is also why wearing it as a bangle, or any other accessory means that you will always have a protective accessory on you and with you.

Before we look at why jade is a big deal for families in Chinese culture, you should know that jade is available in two main varieties, nephrite and jadeite.

Nephrite represents the most common, less expensive type of jade and the quality of jade’s artistry varies, although it also affects and guides the shaping and the carving of the stone. 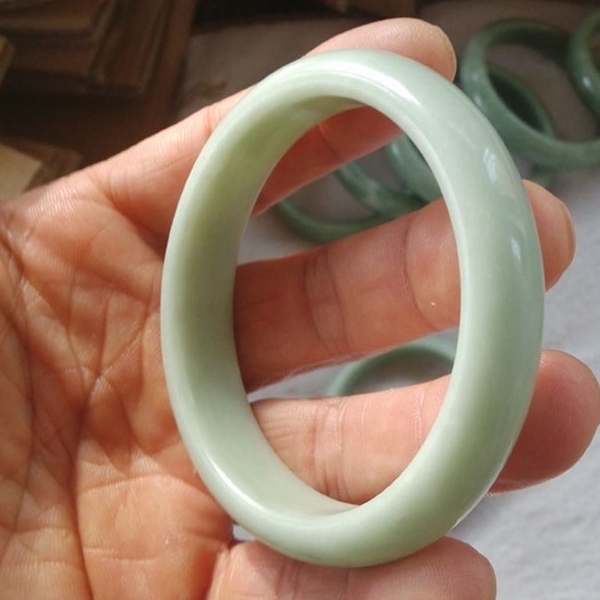 On the other hand, Jadeite is very valuable, and its quality is higher in terms of its translucency and the deep-green shades.

And so, most of the jade jewelry is made of jadeite and not nephrite.

The other features that make jade stand out include the color, which translates to the stone’s value.

There are also significant desirable qualities of the jade, including its smooth finish, texture, intense honey transparency, and color.

In ancient China, the gemstone jade was referred to as ‘yu,’ which translates to ‘royal gem.’

This gemstone is considered one of the most valuable gemstones, and its value is mainly comparable to the gold and diamonds in the West.

One thing that makes jade stand out is that this gemstone is a tough stone, and thanks to its toughness, it is often used to make tools and weapons.

However, jade’s beauty is the one thing that makes the gemstone stand out. 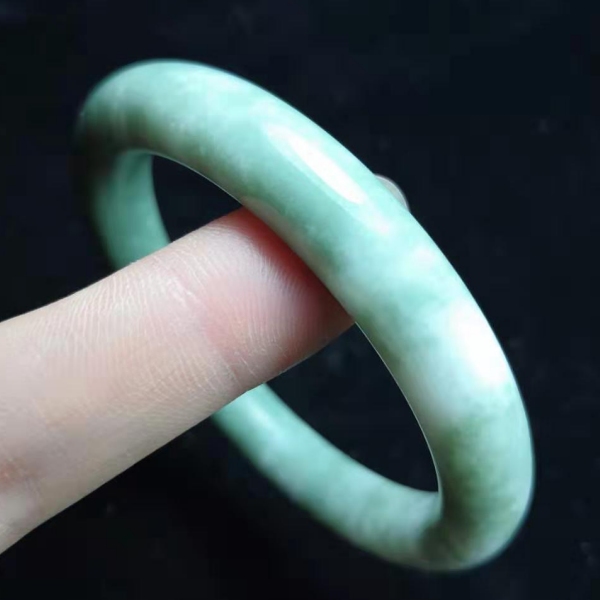 Interestingly, its beauty is why the gemstone was used in grave furnishings for imperial families, cult figures, and ornate jewelry.

In 5000CE in China, Jade was regarded as one of the most powerful stones used in many rituals and ceremonies.

As you will learn in this article, the Chinese viewed jade as the gemstone that holds power to protect both the body and spirit, for the dead and the living.

As a result, the gemstone’s value extended beyond Asia, with the Mayas, Central Americas, Olmecs, and the Aztecs all holding this gem in high regard, valuing it higher than gold.

The Maori tribes of New Zealand also revered jade, and they carved it into cult instruments and weapons. Even the ancient Egyptians considered jade a vital gemstone, and they believed that this stone edified balance, peace, and love.

Jade is traditionally significant, and Chinese people highly revere it; and it is considered even more precious than solid gold or diamonds.

According to Chinese legend, jade is a powerful gemstone that protects its wearer from any kind of misfortune.

They are commonly added to bangles, and it is believed that if the jade bangle breaks, it is because the jade had done its job of absorbing all the evil intentions directed at you over the years. 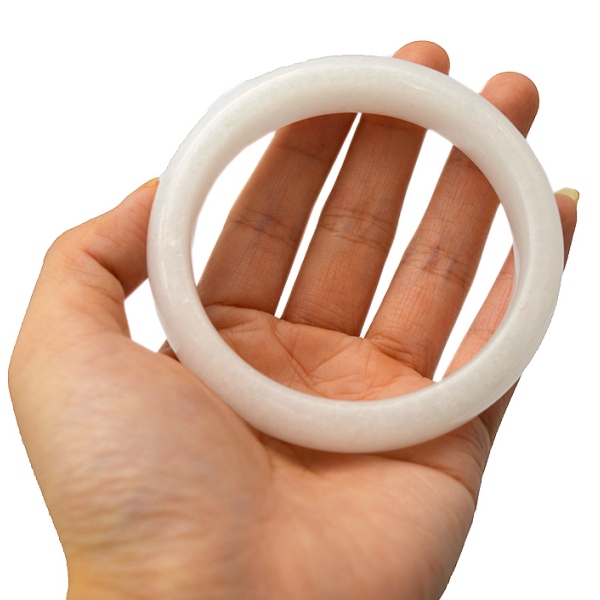 So, it is common practice to find people spending hundreds or thousands of dollars on high-quality jade bangles, among other types of jade jewelry.

Jade is also considered one of the strong tethers that the Chinese people hold within families, and it represents the indestructible bond between the generations.

And so they keep it close and very safe whether they are wearing it or have it in storage.

In many instances, jade stones or jade jewelry will be passed down generations from one female relative to the next, as it was passed down by the older generations decades or centuries earlier.

Ancient Chinese people wore jade pretty much all the time, everywhere, because they believed that this gemstone had the power to ward off evil and protect them from injury.

Jade was carved into very small symbolic disks known as pi, and these were used in traditional religious ceremonies. 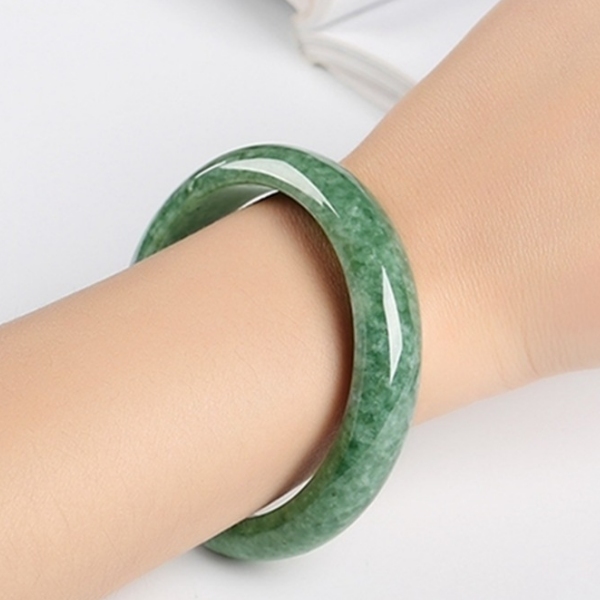 But then, and even now, many Chinese people wear jade pendants and ornament to showcase or point to their social status in society.

And so, even today, the ancient traditions associated with jade and its powers, even the belief that the stone offers excellent protection, people wear jade for the same reasons.

As mentioned above, Chinese parents often gift their daughters and sons jade accessories like bracelets to remind them of the love and protection from their parents and grandparents. 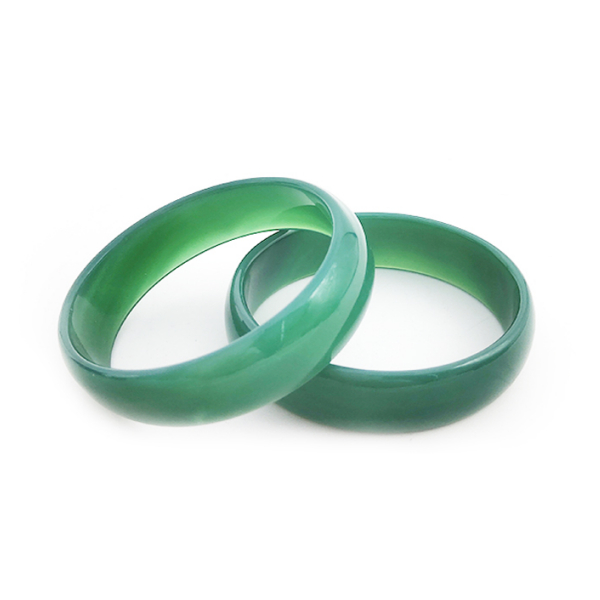 In addition to love and protection, jade is also considered an important symbol of something precious and beautiful, which embodies the Confucian virtues of courage, modesty, compassion, justice, and wisdom.

It is believed that the more you wear your jade bracelet, the purer, clearer, and even more powerful it becomes, and that if it dulls, it often means that you are surrounded by a lot of illness and negativity the gemstone has absorbed.

Chinese women also love jade bangles because of the simple elegance seen in green jade bracelets and bangles, which match their Asian skin tones and features. 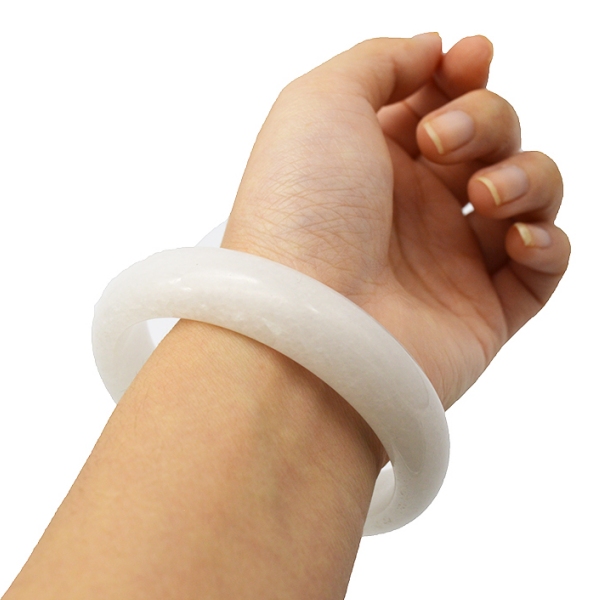 The jade bangle or bracelet is also a preferred piece of jewelry for Chinese women because it allows you to dress it up or down easily.

To dress up this bracelet, you could wear it alongside gold or silver pieces with or without the precious sparkling stones, formal attire, and some Chinese silk to complete the look and tie everything together.

To dress down the jade bracelet/ bangle, you’d want to add some earthy tones, leather, and a casual dress. 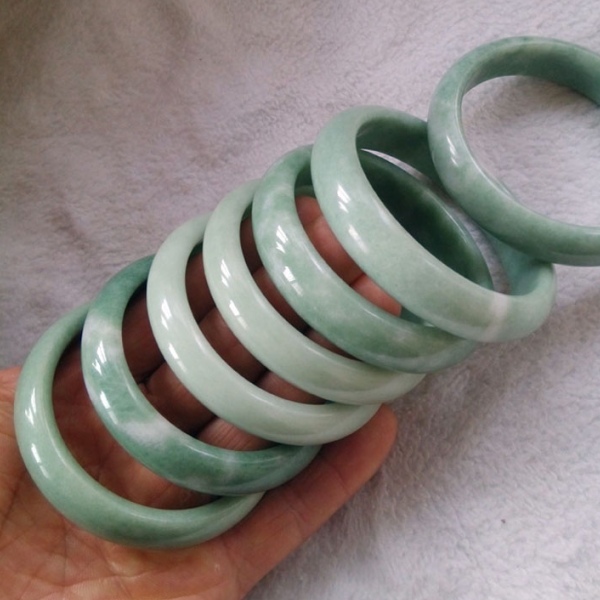 It would be best if you also thought of getting a nice-fitting jade bracelet, perhaps one that a Chinese specialty jeweler fits.

These bracelets have to be measured carefully for a rather tight fit against the wrist for comfort and to ensure that the bracelet doesn’t fall off or disappear.

Chinese women wear jade bangles because they are not only stunning but also deeply meaningful, serving as reminders of the love from parents and older generations while also symbolizing love and protecting the wearer from injury and evil spirits.