Though considered a cool style by many, the wallet chains were banned in schools among other institutions citing safety and its lack of when it comes to the dangling chains.

As accessories that stretch down between the belt loop and the pants’ wallet, the wallet chains are stylish, and they are a cool thing for the younger generation, as long as you are not in school.

According to many school administrators, the dangling wallet chains are hazardous but not just that… because of the length and positioning of the wallet chains, one could easily wrap the chain around the hand into a fist, then use it to hurt other students or even civilians badly. So, while they were the rage then, they’ve slowly gone into fashion, especially with a large number of schools that banned them.

But the ban wasn’t and hasn’t been affected in all the schools around the country, with some schools allowing the chains among other kinds of jewelry, as long as the chains are very short. Also, if one has to wear it, then it must be shoved into the pocket.

As mentioned above, the chain’s wallets were at some point very popular to the extent that they were banned in schools. 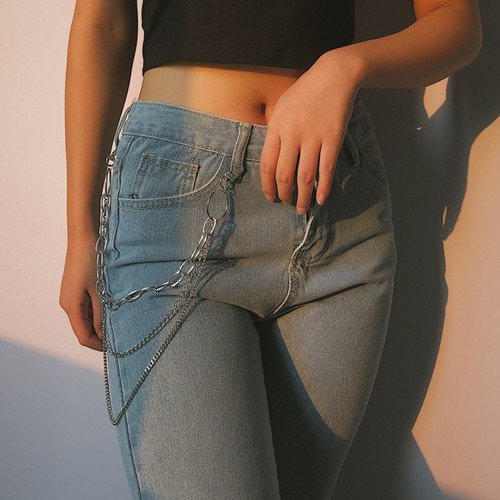 It is, therefore, surprising to see that the chain wallets are now regaining popularity across the fashion world, especially with an increasing number of individuals embracing retro styles, albeit in a trendier beat.

Whether long as designed to look just like the leather, biker, or metallic varieties, the chains are back in style and are even considered to be cool.

Other reasons why the chain wallets are considered cool include:

Thanks to the design of the chain wallet, you wouldn’t have to worry about ever losing your wallet. As long as you have the chain connected, you will always have the wallet with you. The chain and wallet are always there, and on top of this, you always look trendy. 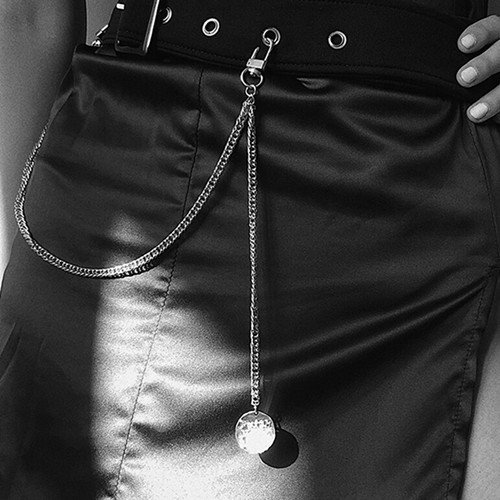 Despite the changes in style over the years and the shift from front jeans to leather pants and back to jeans, the chain wallet has been a consistent feature that most people have stuck with, especially the bikers. The best part is that the chain wallets are available in a variety of styles, sizes, and designs, and there is something for everyone.

The main reason why the wallet chains are back in the fashion scene has to do with the fact that they are quite fashionable and you can wear them with different kinds of clothes.

Their fashion sense is the reason for the incorporation of these accessories in clothing by leading brands, including Prada, Versace, and Gucci, among other top luxury brands.

And with their adoption by these leading brands, it makes sense that the chains are now quite popular and fashionable.

It’s worth mentioning that fashion is essentially a cyclical thing, and this phenomenon means that the older fashion styles will come back as gradually as they fade out… which is why we see with the wallet chains. 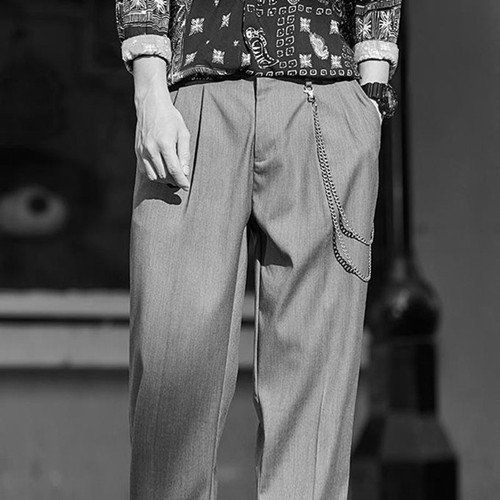 Yes, the wallet chains are legal, but there are some restrictions around them; for example, schools have banned the use of the chains, while the TSA only permits the use of the chains and incorporating them only in your bags, but not on your clothing. If you must have the chain with you, you may want to consider wearing it as a necklace or just keep it in the jewelry bag.

With luxury brands like Gucci incorporating the branded chains in the outfits worn by models, it’s clear that the chains are not illegal. Maybe just restricted in some areas and for some people. Some employers are also against these chains.

Why are wallet chains banned? 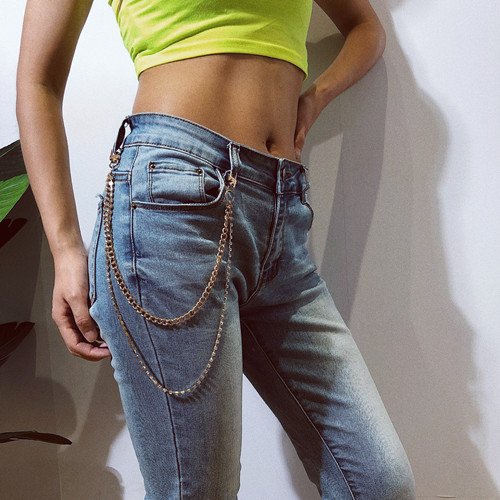 These chains are banned in some areas, often in schools, because they are considered dangerous. Kids may use them to hurt others, especially if the chain is long, which is why they are banned.

There could also be associations between the chains and groups that the society doesn’t approve of.

Spiked belts, necklaces, jackets, and bracelets are also banned alongside the wallet chains.

Wallet chains have been around for a very long time, and though they have been in fashion at a time when baggy jeans were a thing to not when skinny jeans are more of the normal and standard type of outfit to wear, they remain fashionable and are worn by bikers and even luxury brand models.

Many schools frown upon them, though. So, you can wear them whenever you feel like them, especially if you’re into trendy retro styles.