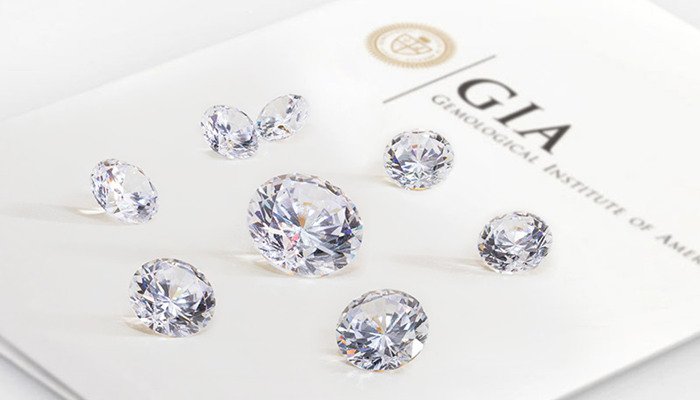 To borrow Da Beer’s iconic marketing slogan, ‘Diamonds are forever. Over centuries now, diamonds have remained in great demand and will remain in demand for years to come.

Its sparkling appeal and the number of excellent designs that exist today are what have helped maintain its popularity, especially among the female population.

But despite the glamor diamond jewelry offers, have you ever stopped to think, at what cost? By this, we don’t mean the monetary value, but the environmental cost of acquiring this gem.

What are the short- or long-term effects of acquiring diamonds and are they something to be concerned about?

In this article, we will be looking at the reasons why diamonds are considered bad for the environment. We will also determine which between natural and synthetic diamond is more favorable in this case.

Why Are Diamonds Bad For The Environment? 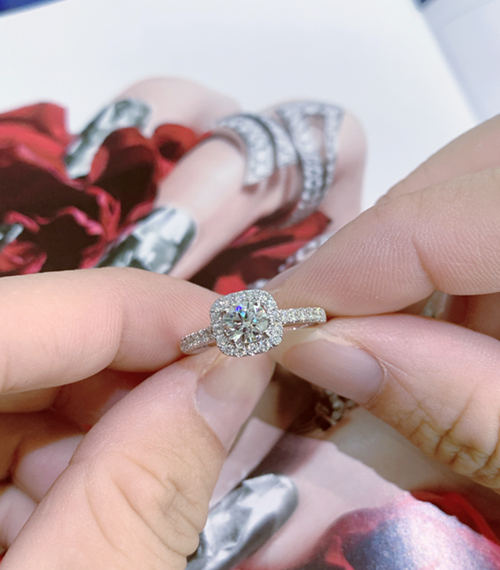 Ideally, diamonds themselves are not bad for the environment. They are, after all, natural minerals extracted from the ground. To add to it, the diamond business is said to have a huge positive impact on the economies of the low-income countries where these diamonds are mined from.

They offer employment that supports many families from small communities. They have also led to the development of infrastructure such as roads and electricity in areas close to the mining regions.

One could also argue that the Diamond companies and manufacturers have done and continue to do their part to ensure that their activities are as eco-friendly as possible. This is especially because they are guided by strict rules and regulations.

But even with that, we cannot overlook the negative effect that diamond mining has had on the earth over the years and that it will continue to have if a better solution is not found. The following are some of the reasons why diamonds are considered bad for the environment: 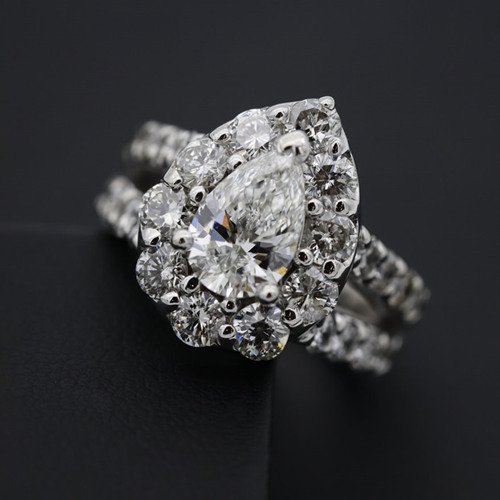 As with any mining process, the result is always air water, and soil pollution and diamond mining is no exception to this. Methods such as open-pit and underground mining are used to extract diamonds from the earth and this involves layers and layers of soil being removed.

As a result, natural land resources are reduced. Marine mining is another method used to mine diamonds in regions with ocean access. It involves gathering sea bed gravel for processing.

This removal of soil from the ocean bed forever changes shorelines. The energy sources such as fuel and hydrocarbons used in diamond mines and heavy machinery release harmful carbons into the air resulting in air pollution and later affecting climate change. 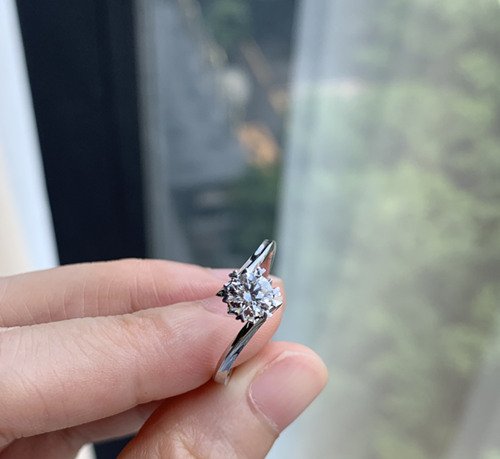 The majority of the regions believed to be rich in diamond resources have been forest lands that have had to be cut down, to clear the land for mining.

While most of these corporations have legal grounds and authority to do this, it doesn’t have the negative impact it has on the land. For instance, it endangers many breeds of animals whose habitats were these forests. Deforestation would also lead to soil erosion, desertification and play a major role in climate change.

There will be fewer crops and increased greenhouse gases in the long run. Although these corporations try their best to preserve the environment and its inhabitants, there is very little that can be done to recover the lands after they have been mined.

Diamon mining often requires a lot of water. The problem is most of the countries where a majority of the world’s diamond is located already have a scarcity of water and what is there is usually left polluted long after the mining ends.

This results in a massive change in the environment due to the redistribution of many species forced to migrate from their natural habitats. 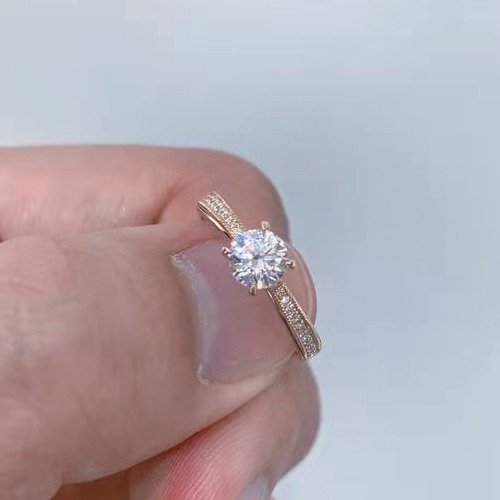 After open-pit mining especially, when once fertile land has been stripped of its topsoil, the land is left as wasted inhospitable pits.

These pits later become water stagnant areas that are the perfect breeding grounds for mosquitos, and waterborne parasites, viruses, and bacteria. This poses a huge health risk to the communities around such mining areas.

Are Natural Or Synthetic Diamonds Better For The Environment?

Given that diamond has grown to be a staple good in the global market, it would seem illogical to simply seize its production, especially seeing the ever-growing demand. 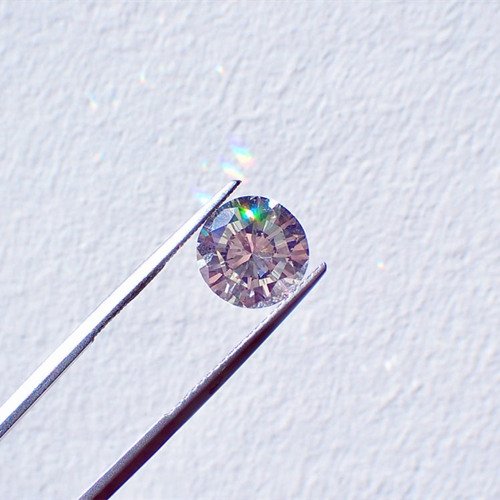 Besides its proven profitable to many countries especially the low-income countries where the resources are gotten. Even so, at some point, we have to stop and ask ourselves are these economic and luxury benefits worth the damage that will be done to the environment in the long run.

That is why world governments in response to the growing public concerns of the negative effect of diamond mining, are collaborating with the diamond industry and various research institutions to try to find a compromise.

So far, to aid in the safety and preservation of the environment, animal reserves have been put up to accommodate the endangered animal breed as a result of the mines.

But out of all the solutions so far, the most suitable had been the introduction of lab-grown diamonds (LG diamonds) others referred to as synthetic diamonds.

Lab-grown diamonds are said to almost completely resemble natural diamonds such that it is difficult to the difference through optical analysis.

They are created using carbon and intense constant heat and pressure, a method that is far more favorable to the environment combined with those of natural mining, or so you would think.

As the interest and preference for LG diamonds continue to grow, a debate has been brought up as to which of the two, natural or LG diamonds, are better for the environment.

Many especially millennials can argue that synthetic lab-grown diamonds are better for the environment because they do not cause any damage to the soil, forests, or water bodies.

Their process is also faster, whereby a diamond that naturally would take years to be produced on the earth, takes about 24 hours in the lab.

Still, recent reports from the Diamonds Producers Association (DPA) state that the production of LG diamonds has a larger carbon imprint on the environment than natural diamond mining and processing.

This can be explained by the fact that LG diamonds use energy sources like fuels like coal-fired power. Still, it would seem that the synthetic lab-grown diamonds are a lesser evil when you way the overall environmental damage.

Besides, if more of the laboratories around the world would switch to reusable energy, the solution of using LG diamonds as opposed to natural ones would be more sustainable.

There is no denying that diamond is a coveted luxury for most people.

It has also had and continues to have a huge positive impact on the economy and development of many countries in the world.

While efforts are being made to reduce its negative impact on the environment through mining, these impacts cannot just be ignored.

In the end, a solution has to be given to the problem. It would seem that at this point, synthetic lab-grown diamonds are the best solution that will in the long run be sustainable.

This is from the fact that more and more jewelry manufacturers are beginning to swap out their real diamond pieces for synthetic diamonds. This is especially owing to the millennials who believe they are more eco-friendly.