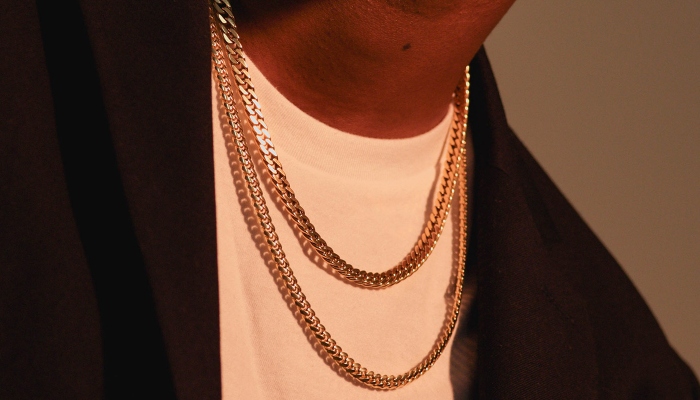 It is hard to deny the popularity of Cuban links. From their initial appearance on the hip-hop music scene, it is common to see many people wearing them today as a show of wealth or to spice up their fashion style.

However, not many people know about their beginnings and why they are an established point of pop culture – but their history is more fascinating than you may initially assume.

We will discuss them in this article because the aim is to provide you with a new perspective on this classic jewelry piece.

What are Cuban links? 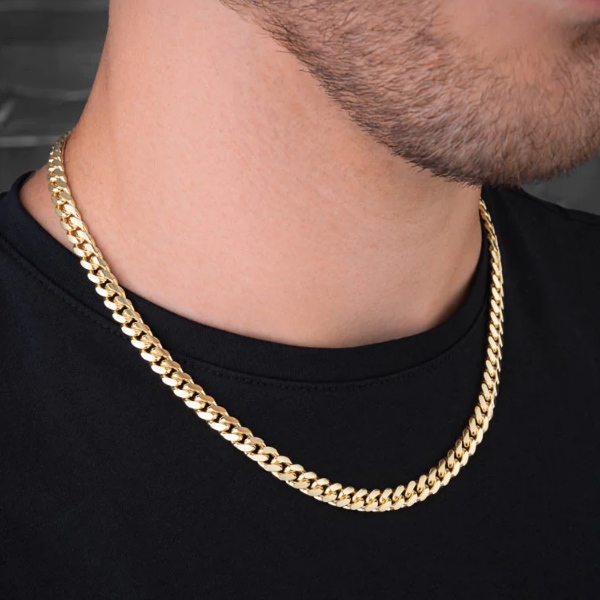 If you are new to hip-hop jewelry styles, you may not know what Cuban link chains are. Defining them is very simple, though; they are simply a necklace style that features oval-shaped links that are interconnected in unique patterns.

These links are very distinct due to their thickness and density, although they differ in color depending on the constituent metals used to make them.

These metals include platinum, silver, and gold, with gold being the most popular metal in use – and if the chains are made of other metals, some of them can be gold-plated to mimic the rich yellow appearance of gold Cuban chains.

Their history is slightly unclear in terms of their origin, but their designs may explain why rappers tend to favor them. They began appearing during the beginning years of hip-hop during the 1970s, although they became very popular during the 1980s and 1990s.

Who invented the Cuban link chain? 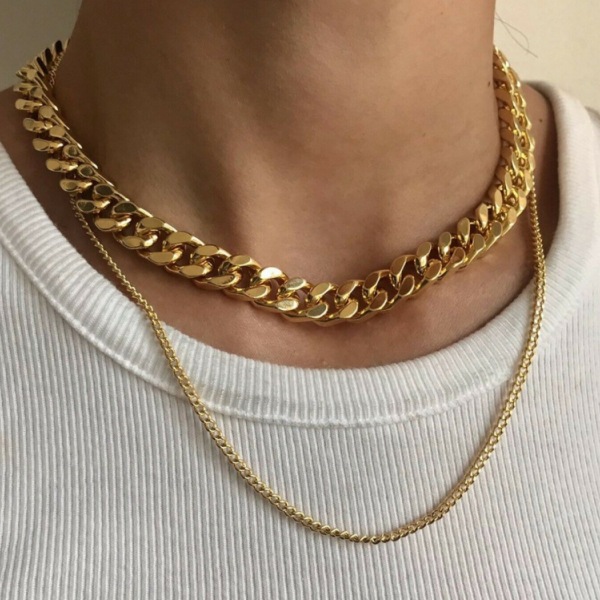 Cuban chains do not owe their existence to anyone in particular, but the consensus dictates that they originated in 1970s hip-hop – specifically around 1973 during the beginning of the genre with DJ Kool Herc.

It was the 1970s, and fashion experimentation was at a notable high, with people attending parties and using them as fashion inspirations.

The same case happened in these hip-hop parties, and attendees began experimenting with their fashion – particularly with Cuban link looks that were trendy at the time. 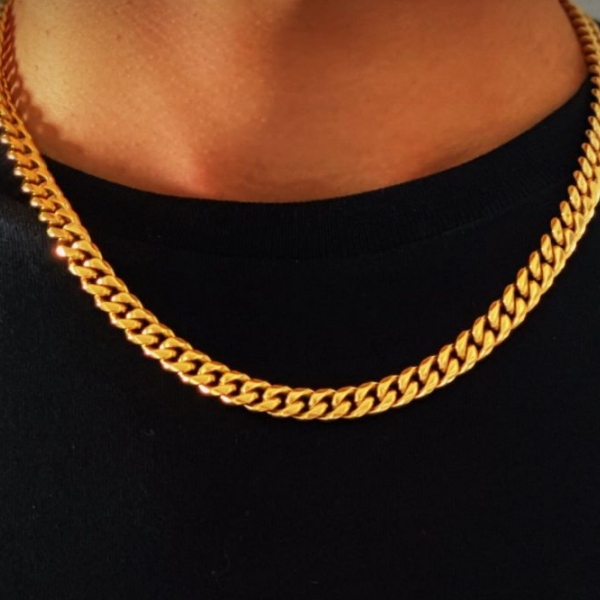 Therefore, pinning it down to a specific person or time is difficult, but this was around the time it was introduced into hip-hop culture.

As hip-hop music and culture became mainstream, Cuban chains increased in popularity, alongside other chains such as the “Dookie” chain popularized by Run DMC.

Other artists also put their unique spins on Cuban chains as bank accounts fattened, music changed, and longer chains became more popular during the 90s, securing the jewelry as an iconic part of the culture over the decades. 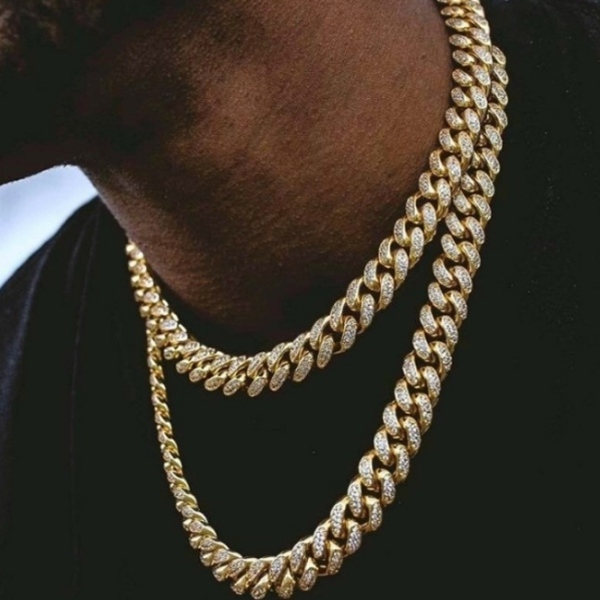 They are called Cuban chains because Cubans were the people that initially popularized them. These people mainly lived in Miami, Florida, and they spread their fashion influence to people from New York (the birthplace of hip-hop) and Los Angeles.

What you may not know is that not all Cuban links are the same – there are two main types of links you will find in bracelets and necklaces. The classic style is the “Miami Cuban Link”, which is the classic round or oval interlocking pattern. The style became very popular among Miami Cubans in the 1970s and 1980s.

The other style is the Prong Link, which uses different interlocking patterns than the oval or round pattern. The cuts are usually sharper in square or rectangular designs, and they are the more modern version of the chain that remains stylish to this day.

What does a Cuban link represent? 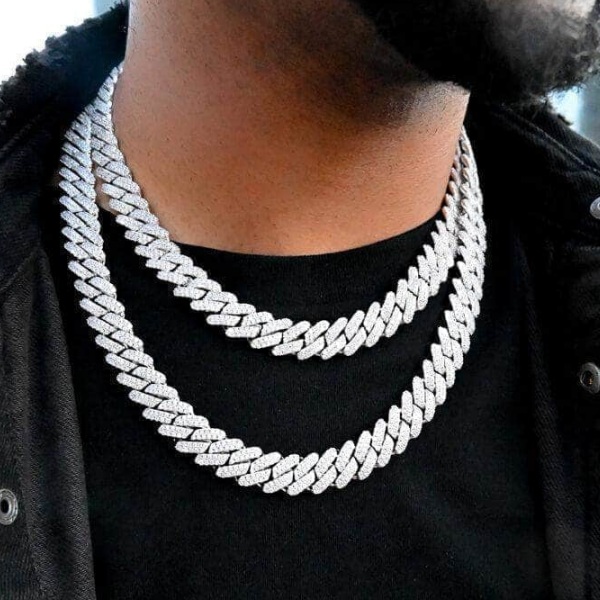 Similar to most jewelry, these Cuban chains symbolize wealth and status, and they also serve as a mark for your milestones, add style to your look, and give you extra confidence in your outfit.

This is because of their appearance; they have interlocking pieces of metal that are significantly larger than other pieces of jewelry.

These parts are wider and usually comprised of gold, platinum, or silver, and can have large embellishment parts like diamonds encrusted on their joints. The embellishments can also be large enough to look like standalone parts as well.

Because these chains are a representation of wealth and status, it naturally follows that they are expensive jewelry pieces.

This is mainly due to certain reasons, which are: 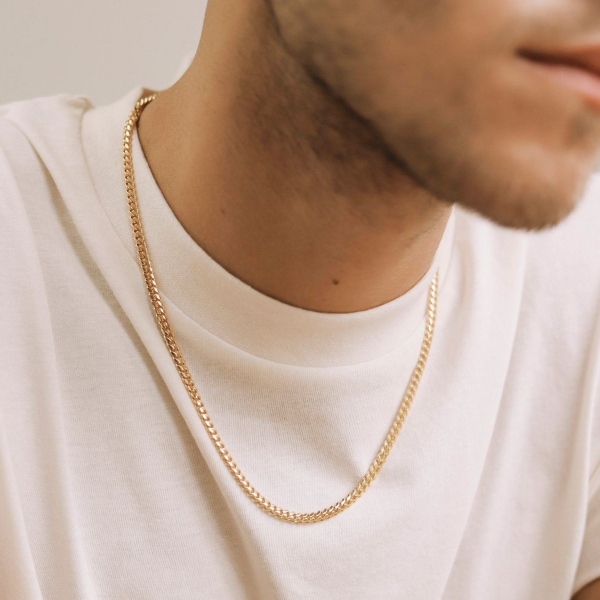 In most cases, Cuban chains are made from solid gold, especially 14k or 18k gold chains (these have a gold purity of 50 to 75%).

Because gold is an expensive metal, this makes them expensive as well. Their price will depend on the percentage of gold and their weight, but you can opt to get Cuban chains made from other metals if you want more affordable versions. 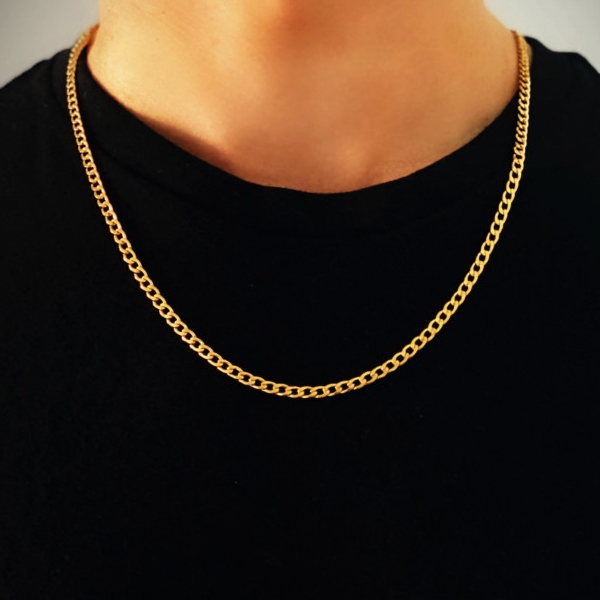 It may sound strange, but items with significant or long cultural significance or history tend to be more expensive because of their higher value.

Cuban chains are the same, and that makes many people view them as a status symbol. 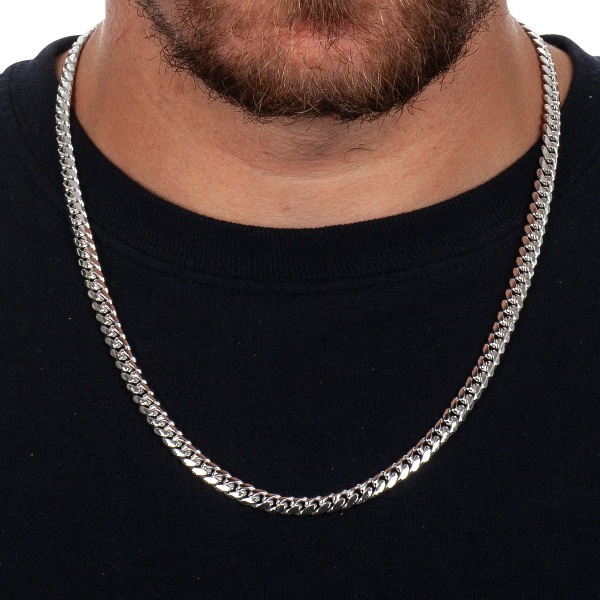 Cuban chains have a complex appearance, which is an indicator of their manufacturing process.

This involves using a curled copper rod as the base of the link shapes to cover a wire, then using two or more people to make the large link chains, and a drill to make the smaller link chains.

During the process, the links go through soldering (melting), and a solder closes, tightens, and files down the links to standardize them. 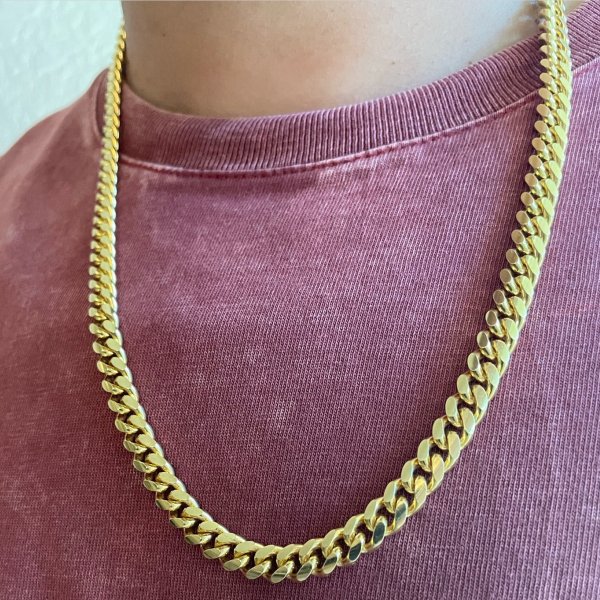 Despite their name, there is little evidence of Cuban origins or being made in Cuba. They originate from the Hispanic communities in southeast America, especially in Miami, which was a common settling point for Cuban-Americans.

Its popularity began with the hip-hop community, particularly with a rapper named Felix Delgado (stage name: Cuban Link). The chains he loved wearing eventually got dubbed ‘Cuban chains’, and the name stuck ever since.

Humans have worn chains for thousands of years for different reasons such as good luck charms or as a symbol of wealth.

The Cuban link chain is iconic due to its association with wealth and its distinct design, but it does not have any links to Cuba itself – rather, it was popularized through hip-hop culture and the mainly Cuban community that lived in Miami in the 1970s and 1980s.