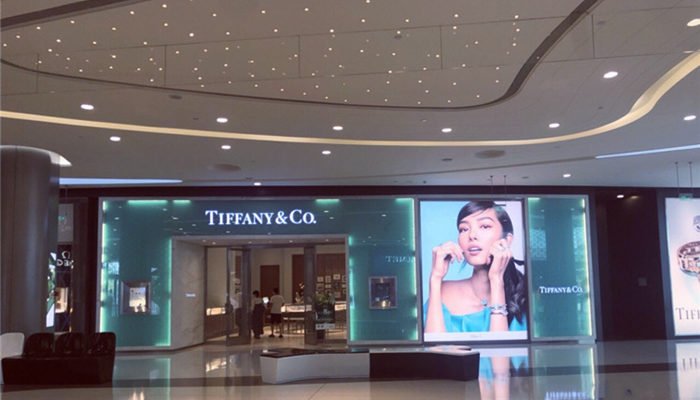 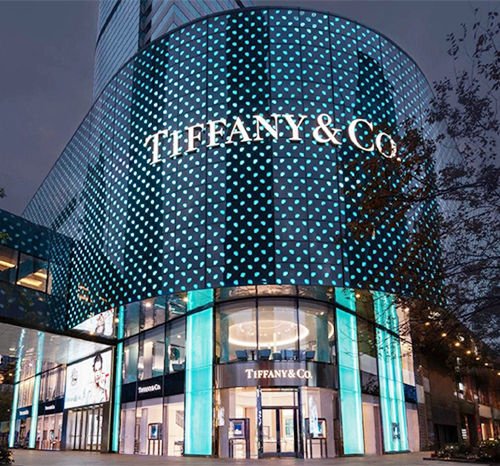 Tiffany & Co’s purchase by LVMH was completed on November 25th, 2019. LVMH represents one of the largest luxury conglomerates that owns several other luxury brands in different industries.

Tiffany & Co was purchased by LVMH for a whopping $16.2billion, in what has been dubbed a record-breaking sale, and also the biggest and the most expensive acquisitions under the LVMH brand to date. 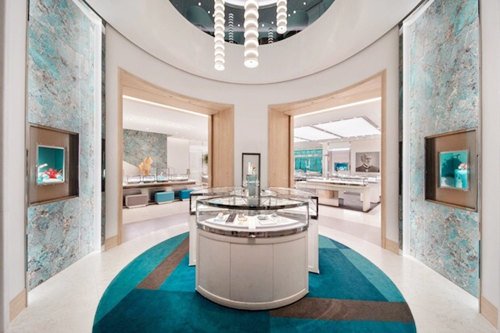 Well, LVMH is considered the world’s largest conglomerate dealing in luxury goods. LVMH stands for Louis Vuitton Moët Hennessy, and it is a French-based and Family-run luxury goods conglomerate that is currently in ownership of up to 75 different and big brands, spanning 6 completely different industries.

The LVMH brand is focused on different industries, but their main focus seems to be in leather goods, fashion, cosmetics, perfumes, jewelry, wines & spirits, watches, and selective retailing.

LVMH is headquartered in Paris, France, and it was established by Bernard Arnault (the Group’s Chairman and Chief Executive Officer) and Alain Chevalier in 1987, the same year that Louis Vuitton and Hennessy Merged. LVMH has full control of about 60% of its subsidiaries.

However, most of the LVMH subsidiaries operate independently. LVMH is listed in the Euronext Paris Exchange, which means that anyone interested in investing in the company can do so easily by purchasing stock in the company.

Regarding the day-to-day operations of the company, LVMH currently has 30% of its staff based in France, while they also have at least 83,000 employees working in their 2400+ stores across the world.

Why Did LVMH Purchase Tiffany & Co.? 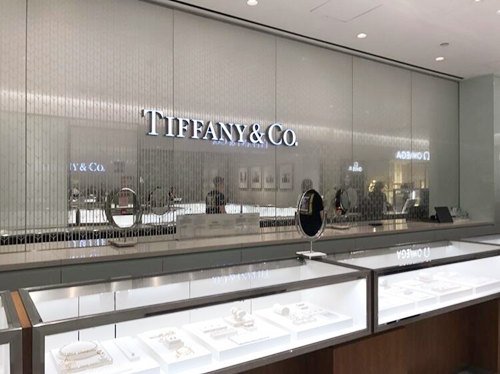 Note that before Tiffany & Co.’s purchase, LVMH only had 6 brands in their jewelry and watches division, which made the acquisition of Tiffany $ Co. a very enviable move and boost to their portfolio, setting apart this conglomerate from their peers like Kering and Richemont.

Now that we have the basics of the acquisition and the current owners of Tiffany & Co. let’s take a look at Tiffany & Co.’s history and the reasons for its popularity.

For starters, it’s worth noting that Tiffany & Co. boasts a long history spanning about 200 years. The company has made the best of its years, and despite the recent acquisition, the company is now one of America’s biggest, quintessential brands boasting a far-reaching worldwide reputation for style and glamor.

So, what’s the history of this company like? Like any other big luxury brand, they ought to have started somewhere, but with a great mission and even bigger goals, no? 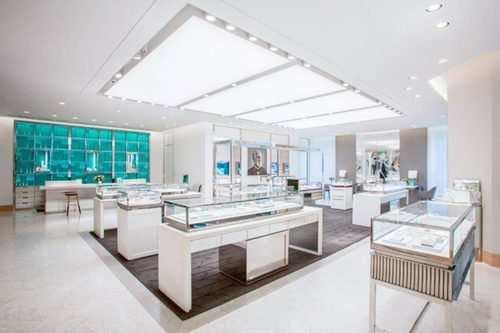 Well, Tiffany & Co. dates back to the 1830s and 1840s. This company was founded back in 1938 by Charles Lewis Tiffany, who was born in 1812 (died in 1902), and he partnered with J.B. Young. At the time of its establishment, Tiffany & Co was known as Tiffany & Young, and it was a brand that dealt in fancy goods, operating from a small store located in New York on Broadway. The company’s success was rather fast and the company, stable and growing steadily. In 1841, Tiffany & Young had another partner, Ellis, join them.

1853 saw some big changes in the company’s management, with Charles Lewis Tiffany taking over sole control over the company and subsequently renaming the company Tiffany & Co.

The 1870s was another monumental year for Tiffany & Co., as they moved to a palatial store on Union Square. Here, Tiffany & Co. would go on to become the destination for the best of fashion for New York’s fashionable, wealthy, and the most elite. At this time, Tiffany & Co. was developing its own identity in the fashion and design industry, and they were known for their Japonesque-style silverware, as well as diamond jewelry. These unique jewelry designs and the brand’s debut of the best diamond jewelry gave Charles Tiffany the title of the King of Diamonds. This was primarily fueled by Tiffany & Co.’s purchase of the Tiffany Diamond, an astounding canary yellow diamond from the then newest South African deposits. After cutting, this diamond weighed a whopping 128.54 carats.

The 1880s saw the introduction of the Solitaire diamond Tiffany set engagement ring. This was the biggest turning point for the brand, as they won several awards from the new addition, with some of their best pieces shown in international exhibitions, most notably in leading exhibitions in Paris. In 1889, Tiffany & Co.’s came up with the naturalistic jewels that were designed by Paulding Farnham, who was later appointed the company’s director of jewelry. The new jewelry designed showcased the best of American themes, as well as the use of gemstone and pearls, among other gemstones sourced from Tiffany’s chief gemologist, George Frederick Kunz.

Then came the 1900s, which saw some big changes in the company, especially with the passing of Charles Tiffany in 1902, and Louis Tiffany taking over the company’s management, becoming the company’s first design director.

Between 1920 and 1950, the company blossomed even more as they introduced Art Deco jewelry designs, retro, and cocktail style – the latter triumphed in the 1939 World Fair. In 1940, they moved to the Fifth Avenue flagship store, which is known for Breakfast at Tiffany’s 1961 movie.

In 1956, the talented jeweler Jean Schlumberger opened his own salon at the store, kicking off Tiffany’s leading series of top-rated ‘named’ designers associated with the brand.

In the 1970s and the 80s, there were significant other changes and developments, but the biggest of these featured the introduction of a new design director whose vision and eye for new designs led to the best of Tiffany & Co-design of the late 20th Century, some of which stand out to date.

These many years later, Tiffany & Co has Today; Tiffany remains the leading luxury brand. And despite their acquisition by LVMH, they still offer the best options of jewelry.

Currently, Reed Krakoff is at the helm as the Artistic Director for Tiffany & Co.

If you guys want to know the full history timeline of Tiffany, this post is for you!

Who was the owner of Tiffany & co in the past? 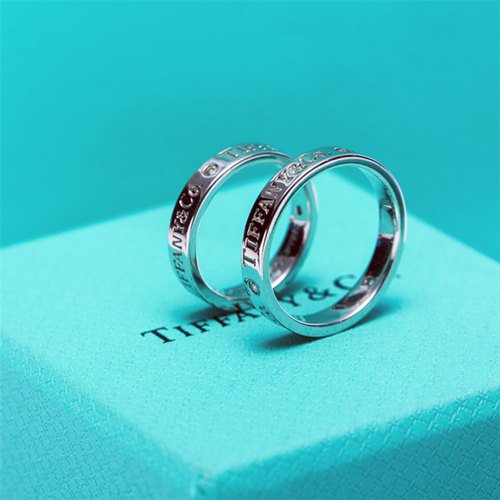 Tiffany & Co. hasn’t had too many owners over the years, but in 1978, Tiffany & Co. was purchased by the company Avon Products Inc. for an estimated value of $104million (worth of stock), and under their leadership, Tiffany & Co, unfortunately, suffered a huge downfall in their reputation as clients reported a huge decline in customer services, as well as the quality of the products.

In 1984, Avon Products Inc. was forced to sell Tiffany & Co to a leading investment group that was under the leadership of William R. Chaney for $135.5 million. This group would go on to make Tiffany & Co a public company in 1987, resulting in the subsequent sale of Tiffany & Co. at $103.5 million, thanks to the sale of 4.5 million shares of common Stock by Tiffany & Co.

How many locations (stores) does Tiffany & Co. have?

Towards the end of March 2023, Tiffany & Co. had 326 stores worldwide. The company maintains its flagship store based at the corner of 57th Street and Fifth Avenue in New York City, Manhattan. Their largest store out of NYC is in Virginia, while their biggest store in Europe is based in France (Avenue des Champs-Élysées).

How much does Tiffany & Co. make a year?

Tiffany & Co is one of the most renowned jewelry brands, and contrary to popular opinion, the company doesn’t run on its own, but as one of the companies run by LVMH based in France.