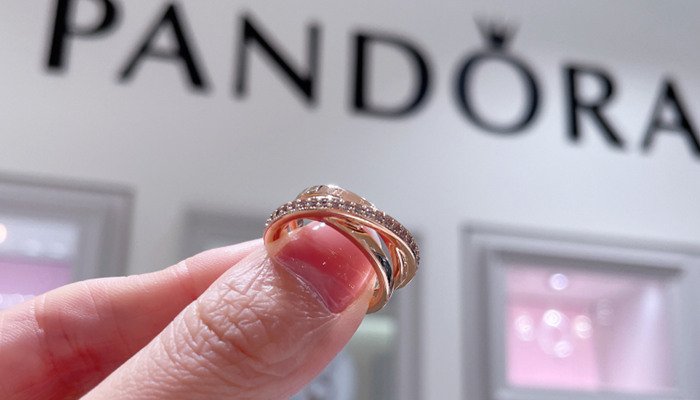 Pandora has grown to become a household name in the Jewelry industry today, and rightly so.

There is a lot to love about Pandora especially its charms. Not only are they unique, but they also leave enough room for personalization and creativity.

They allow you to express yourself and build a piece that is unique to you. What’s more, for a luxury brand it is considered relatively affordable. Of course, while many are crazy about Pandora, some do not get what all the buzz is about.

But whether you love or hate Pandora Jewelry, have you ever stopped to think, what is Pandora really about?

Where did it come from and who are the masterminds behind it? To be a true Pandora fan or to truly understand the brand, these are some of the things you must know. That is why this article will go into a detailed description of what Pandora is all about. 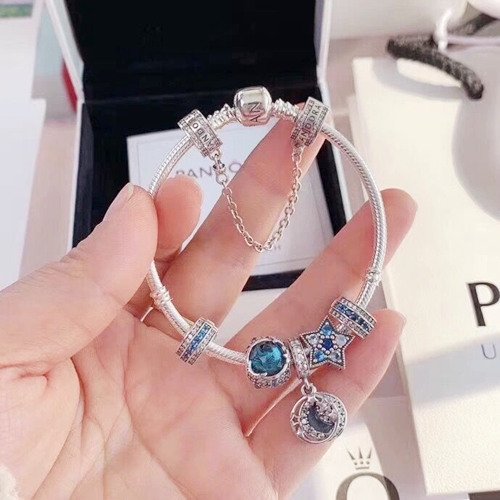 Per Enevoldsen, who was a Danish goldsmith, and his wife Winnie are credited as the founders of Pandora in 1982. They started with a small jewelry shop in Copenhagen, Denmark.

At first, they would import and sell jewelry from Thailand and progressively continued expanding to a globally renowned brand, with their signature pieces of jewelry.

By 2008, Pandora had become a big company spread to different parts of the world including Germany and Australia. Around this time a Danish equity fund named Axcel became interested in the company and bought 60% of its shares making them the majority shareholders.

There haven’t been any more reports of Pandora being bought out again since then. So, it would be safe to say that while Per Enevoldsen and his wife at the time were the founders, the current owners may be Axcel. The current CEO however is Alexander Lacik, who’s had the position since 2019.

When Did Pandora Jewelry Come Out? 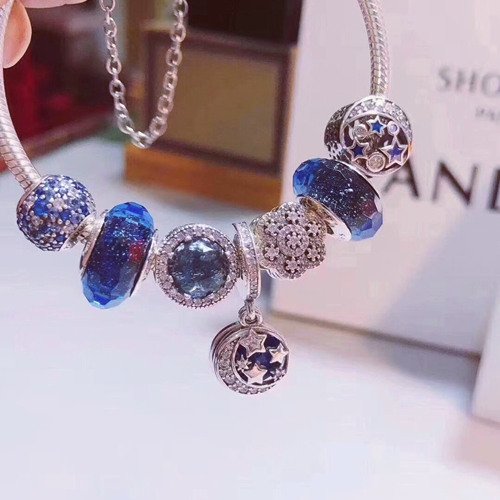 There are many ways you can look at this question. It could be when Pandora was started, when it gained its popularity, or when it went global. Pandora’s journey started as a small family-run jewelry shop in Copenhagen in 1982.

Its main focus at that time had been to import and sell jewelry from Thailand as both wholesalers and retailers. But with the increase in demand, its focus shifted to wholesale, in Denmark.

By 1987, the company expanded and hired its first in-house designers. The focus was now creating Pandora’s unique jewelry. Not long after, it started manufacturing its jewelry in Thailand by 1989.

In 2000, the company launched its Charms concept to the Denmark market, and it was well embraced and led to growing demand. As a result, the company started expanding internationally, mostly through third-party distributors.

So, one can say that Pandora started in 1982, became popular in 2000, but only came out into the global market when it entered new markets in the US in 2003, followed by Australia and Germany in 2004.

In 2006, Pandora also opened its first concept store in Hamburg, Germany, and today there are about 2,700 of them all over the world.

How Did Pandora Jewelry Get Its Name? 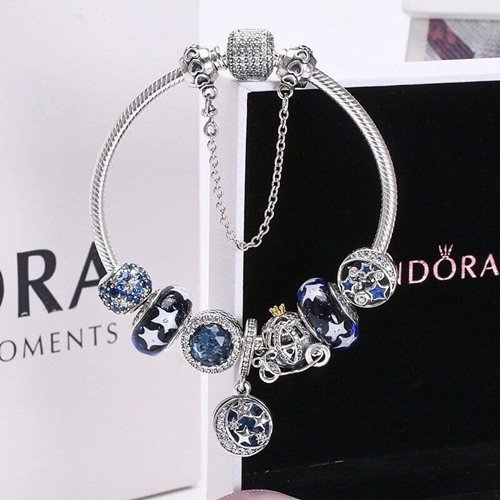 There are many speculations as to where the name Pandora came from and why. Many assume that the company was named after Pandora’s box, which is close but not true.

The name Pandora means “all gifted” because she was gifted by all Olympian gods to enable her complete her task. She was to marry Prometheus’ brother. As dowry she was given by the gods a jar filled with all the evil and disease, we see in the world today. This jar is what was named Pandora’s box.

Therefore, given the meaning of the name, it would seem that the company was named after the first Greek woman Pandora, and not the jar of evil and disease.

We would say the reasoning could have been that the company specializes in jewelry which is often given as gifts. Another reason could be the fact that pandora specializes in feminine jewelry, which may have a connection to Pandora being a woman also hinted by the pink hue background used in the company’s branding. 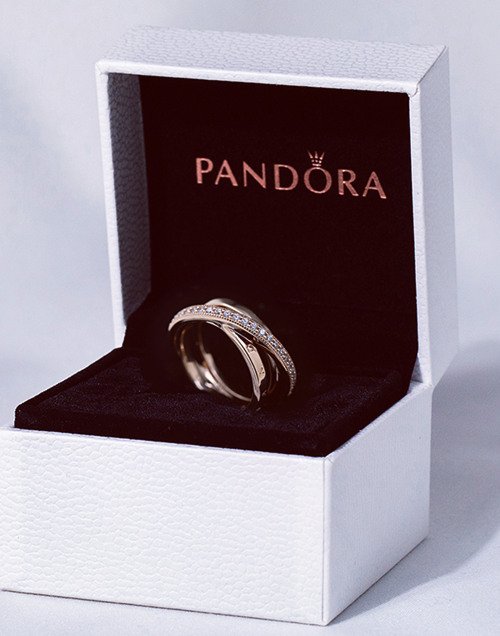 Pandora has one global headquarter. It is the oldest and main office located in Copenhagen, Denmark. This is where the company was first founded.

The new regional office is in Baltimore, Mary Land, USA, because it is Pandora’s largest international market. Aside from these two main offices, however, there are over 2,700 Pandora concept stores out of the 6,700 points of sale, spread across more than 100 countries in six continents.

In total, the company employs more than 26,000 people all over the world with almost half of them being in Thailand where their production happens.

What Is Pandora Jewelry Most Famous For? 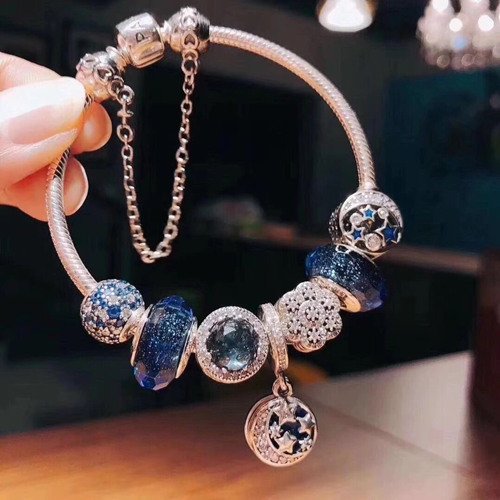 As a luxury jewelry brand, Pandora has a collection of various forms of jewelry, including necklaces, earrings rings, and bracelets. But what put Pandora on the map in 2000 and continues to do so even now, are their signature charms.

Their unique designs and exclusivity are what make them stand out the most. There are currently about 800 pandora charms, grouped into 3 main collections.

They also offer a lot of room for creativity and allow you to create a piece of jewelry that speaks to your personality. You can use the charms to tell a story or serve as souvenirs or mementos of special places or memories you’d like to remember.

That is why most people are crazy about them. The charms can be used on their necklaces, bracelets, and even earrings.

What’s more, for a luxury brand, and the high quality they provide, many would say that their charms are also affordable. Not to mention, they make for the perfect creative and personalized gift, suitable for any occasion. 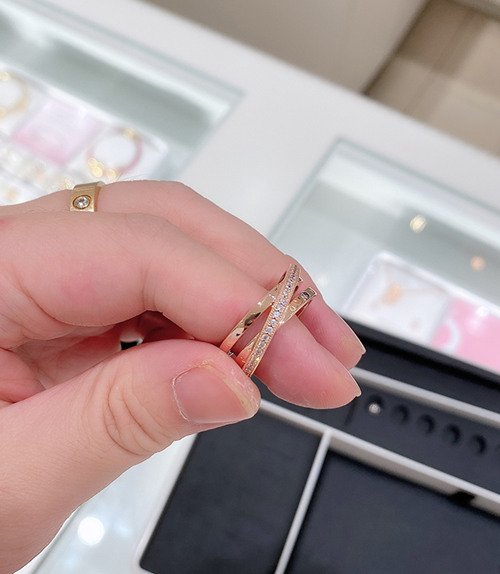 1. Is pandora jewelry a public company?

It started as a privately owned, family-run jewelry shop. As of 2010 until today, it is considered a public company. It is listed publicly on the Copenhagen Stock exchange, NASDAQ OMX, in Denmark.

2. Is Pandora jewelry any good?

Yes, if you are looking for something affordable, fun, and unique. Pandora offers you more high-quality variety than many luxury jewelry brands and is the best choice for personalized memorable pieces.

Yes, given that it is a luxury brand, Pandora ensures it uses the best top-quality material for all its pieces. The aim is to not only provide you with unique beautiful pieces but those that will last for a long time to come.

Bottom line, is Pandora jewelry worth buying? It depends on what you are looking for in jewelry.

Not everyone is a fan of charms. But if you want fancy jewelry that is affordable, versatile, and of top quality, then Pandora’s jewelry fits the bill perfectly.

They offer you a platform to express yourself effectively. You can pick from their vast choices of charms and build a story that speaks to you.