Cartier jewelry boasts a vibrant history that dates as far back as 1847.

And in this article, we’ll take a look at everything you need to know about Cartier jewelry and how this company transcended into one of the largest and most famous luxury brands on the market.

Cartier was founded in Paris in 1847 by Louis-Francois Cartier after the gentleman took over his master’s (Adolphe Picard) workshop. He ran it until 1874, when Louis’ son, Alfred Cartier, took over the company.

However, the company’s real success kicked in when Alfred’s sons, Jacques and Louis, took over the reins, reestablishing the company and building what would be a world-renowned jewelry brand.

One notable thing about the Cartier brand is that it is one of those brands that was built on audacity. And also, the Cartier spirit can be considered a big reason for the success of the brand.

You may not know it, but Cartier is a name that is synonymous with curiosity and open-mindedness, something that sees wondrous beauty in all things. It is also all about freedom, creativity, excellence, and sharing, all core values of the Cartier brand.

And it is this vision that has enabled Cartier to exert itself in the creative territory, coming up with some of the most unique and stylish pieces, ranging from perfumes and watchmaking to regular and fine jewelry.

Cartier is also a brand that symbolizes the fusion of timelessness and exceptional savoir-faire. And so, in many ways, this brand is one that was founded on a great deal of audacity from the time it was created in 1847. 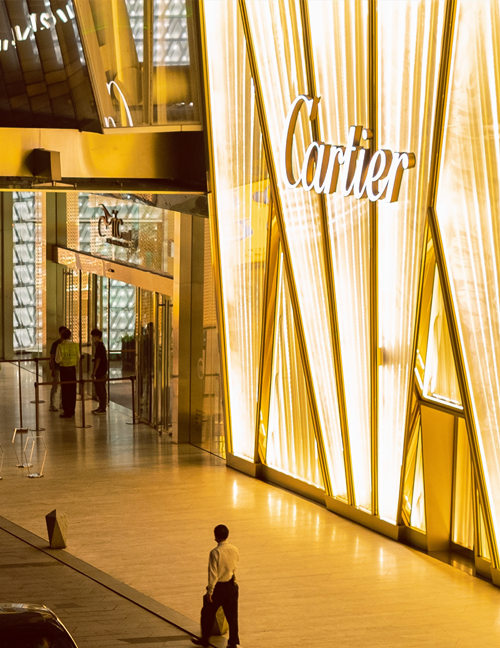 Since then, Cartier has continued to push the boundaries of design and fashion. Despite the fact that it was formed many decades back, Cartier remains one of the largest pioneering spirits in the fashion world.

Today, Cartier is known as the Maison, who founded one of French’s best jewelry brands, and it is part of the large global enterprise run by the Richemont family.

A detailed look at its history shows that Louis-Francois Cartier started as a watchmaker who worked as an apprentice to his master, Adolphe Picard, in 1847. At the time, this was a small Parisian store that created unique and high-quality timepieces.

And from these very humble beginnings, Cartier evolved into what is now a multinational business for luxury goods, and it boasts more than 270 boutiques worldwide. And so, despite being a brand known for its luxury watches and jewelry, Cartier has also forged a very successful niche in perfumes and leather goods.

In 1988, there was a change in ownership of Cartier after it became part of the Richemont Group. This change in ownership didn’t change things much for the brand, as they now live by the brand’s original driving force; and Louis Cartier’s mission – Never Imitate, Always Innovate. 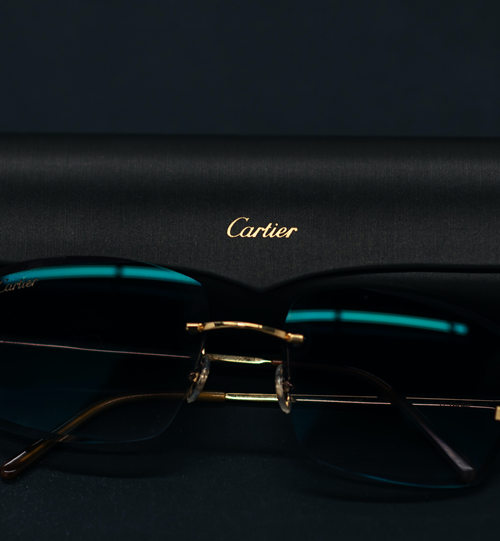 One of the things that propelled the success of the Cartier brand has got to be the moves made by Louis. In 1899 while running the Paris branch, for example, he moved the store to Rue De La Paix, where he was responsible for creating several of Cartier’s most celebrated designs like the mystery clock with a transparent dial mechanism, the exotic orientalist Art Deco designs such as the colorful jewelry pieces from the Tutti Frutti collection, and even their fashionable wristwatches.

Many decades later, and several talented designers have worked for the brand, Cartier remains a top-tier luxury brand that offers the greatest variety of high-quality jewelry pieces, perfumes, etc.

Some of the iconic, modern-day pieces by Cartier include the Santos piece from 1904 and the Tank from 1919, which were only followed by many other iconic pieces that came in many years later.

One of the things that Cartier jewelry is known for is the fact that after taking over the business from his mentor,  Alfred Cartier became the very first jeweler who had used platinum successfully in jewelry making – initially, platinum was challenging to work with because this brilliant and solid metals used in jewelry making has a very high melting point, which made it almost difficult to work with. 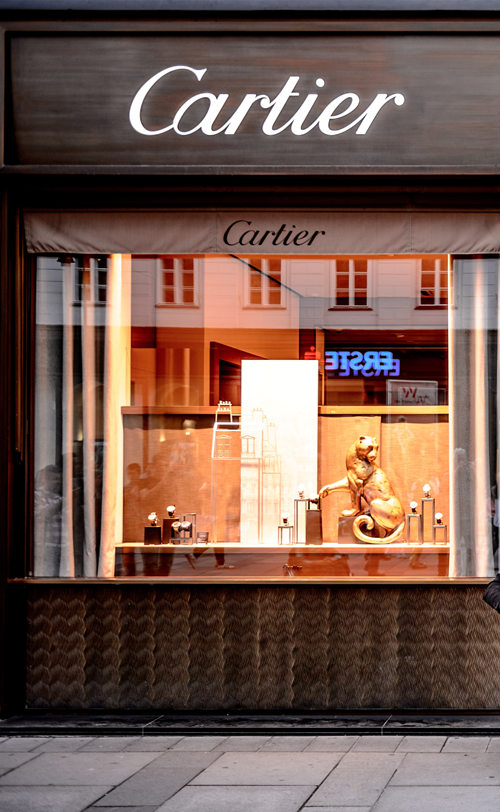 And so, Alfred’s success was a huge deal, even as he incorporated Garland-Style pieces into his jewelry, which gave him a way of amplifying the brilliance of the diamonds.

The other notable thing about the brand is that Louis Cartier was the very first jewelry designed to create and popularize wristwatches for men.

So, in 1904, Louis Cartier successfully debuted his very first design for men’s wristwatch, which he aptly named the ‘Santos’ watch. After its creation, the watch became the standard for elite gentlemen and the women who wore their wristwatches.

To date, the best unique luxury watches have their roots in Cartier. Also worth noting is that King Edward VII would go on to dub Louis Cartier the Jeweler of Kings and the King of the Jewelers.

The founder of Cartier jewelry

Cartier was founded in 1847 by Louis Francois Cartier, and the control of the company was retained until 1964, when it became a subsidiary of the Swiss Richemont Group, headquartered in Paris. But even with the changes in the company’s ownership, Cartier maintains its headquarters in the city of Paris. 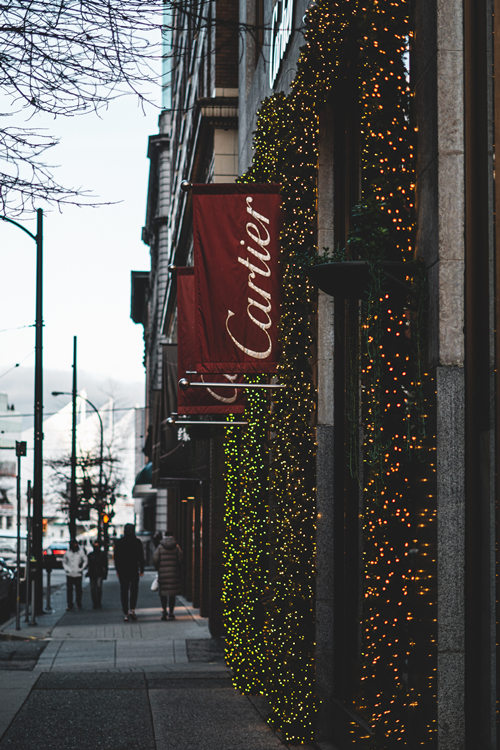 Currently, Cartier jewelry is owned by the Swiss Richemont Group, which owns watches and some of the best varieties of luxury jewelry.

Cartier continues to reimagine jewelry, wristwatches, and even perfumes, creating unique and elegant jewelry designs. In recent times, the brand has come up with the most stunning designs for jewelry that have been designed to appeal to the sixth sense.

The new jewelry pieces by Cartier feature combinations of colors, textures, and also materials that are made in new and unusual ways, and so, in many ways, Cartier boasts a group of elegant jewels that have been able to defy the human senses easily. 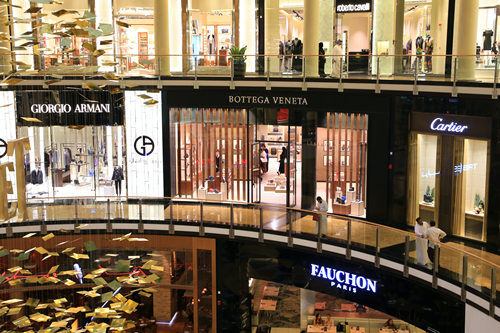 The new designs by Cartier belong to the Sixth Sense Collection or the Sixième Sens, with pieces featuring geometric ornamentation as well as visual patterns and contrasting textures, often resulting in 7 rings and necklaces exhibiting and showing off as optical illusions as well as graphical design themes.

The Meride necklace is one of the necklaces from the collection, and it stands out thanks to the geometric patterns and the created optical illusion. The use of diamonds, onyx, and rock crystals in the checkerboard pattern also presents a unique, endless 3D graphic-designed necklace.

Other pieces in the collection include:

The Pixelate necklace was stylized like a feline’s coat, much like Cartier’s Panther or, instead, a pixelated image of the cat’s iconic motif.

The Phaan Ring with an 8.20-carat ruby sitting above the 4.01 carats of rose-cut diamonds will intensify the ruby’s hue.

Parhelia Ring is characterized by a 21.51-carat sapphire cabochon surrounded by 5 semi-circular radiant diamonds fanning out from the center stone on the sides.

Coruscant Necklace combines 6 unique shapes (octagonal, triangle, emerald, kite, brilliant, and baguette shapes. With colored diamonds in the D to E color grades, all internally flawless stones. These diamonds are all in cuts and arrangements in which the long necklaces are designed in a way that allows each stone to reflect light from different angles with the Art Deco motif graphic design. 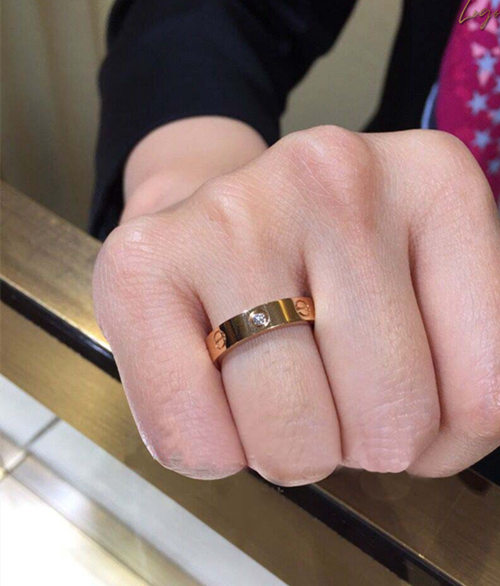 While creating the very best luxury jewelry designs, Cartier is also working on different strategies that allow the company to live up to the current trends.

One of their newer initiatives is the Kering Lead Initiative, which allows Cartier to create some of the very best and most unique future-fit watches and jewelry designs, all in production currently.

Cartier is also now focused on jewelry designs that come to life through processes that build climate resilience in a way that preserves resources while fostering inclusivity.

And so, working alongside other big brands like Balenciaga, Gucci, Bottega Veneta, Saint Laurent, Boucheron, Pomellato, and Alexander McQueen, Cartier is now working on a framework for the creation of sustainable luxury goods.

They have also released a detailed roadmap that would encourage much of a net positive effect on biodiversity, expected by 2025.

Cartier is a world-renowned luxury brand that has been around for over a century. And though the Richemont Group now runs it, Cartier is still headquartered in Paris, and it remains a substantial luxury brand owned by the Cartier brand.