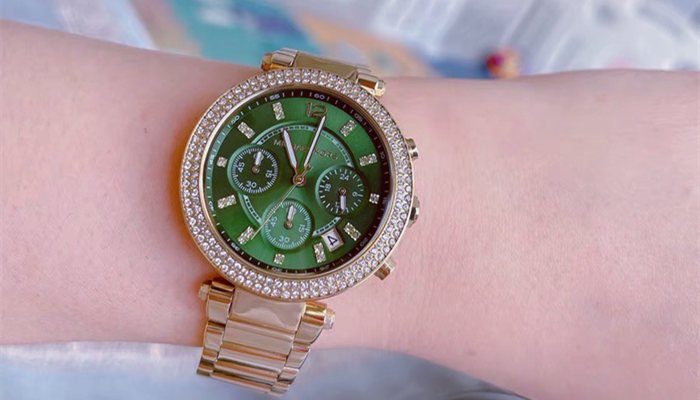 Watches by Michael Kors are, without a doubt, among the best-designed ready-to-wear luxury pieces in the fashion world.

This is primarily because Michael Kors is a powerhouse in the luxury fashion industry, and in addition to the elegant shoes, bags, and dresses, their watches are a must-have for any Michael Kors fans.

But does Michael Kors make their watches in-house? 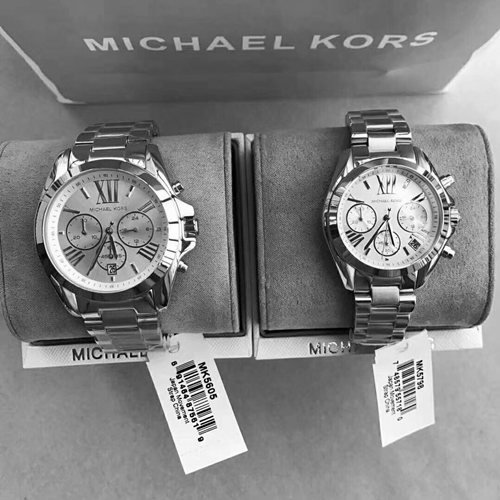 Michael Kors watches are licensed to be made by the Fossil Group. With the licensing agreement, Fossil Group notes that a big majority of their products are internationally sourced, with the watches sourced mostly from Asia in coordinated efforts through their subsidiary in Hong Kong, the Fossil Limited (Fossil East).

It is estimated that by the end of the 2014 fiscal year, as much as 57% of the non-Swiss watches made by the Fossil Group were primarily assembled through the factories that they majorly or wholly own. With this in mind, it is safe to say that the Michael Kors watches are made By Fossil Inc.

That said, you should know that all of Michael Kors watches made by the Fossil Group are assembled either in Switzerland or China, with most of the watch movements made in Japan for export. The Japan-made movements include the Miyota Quartz, Swiss ETA Quartz, and Chinese Quartz.

The parts, on the other hand, are often made in Thailand and China, among other low-cost countries, while the leather straps are sourced from Italy.

Why does Michael Kors manufacture watches with Fossil Group? 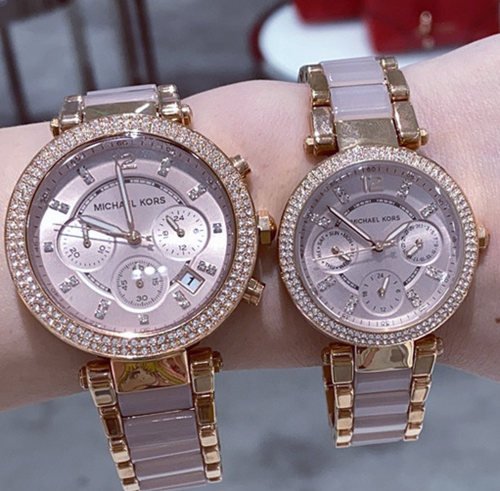 The award-winning luxury designer who established a luxury brand in his name in 1981 boasts a wide array of accessories, footwear, jewelry, fragrances, eyewear, men’s and women’s wear, and watches.

While their watches stand out a great deal, one notable thing about them is that Michael Kors has the production of their watches outsourced to the Fossil Group; this was after their first 2004 collaboration with Fossil Inc. that led to the launch of the Michael Kors Watches.

This move is common with big brands across the fashion and jewelry industries, and both collaborating brands often profit from the arrangements.

Besides Michael Kors, Fossil Group is also the licensed brand that makes watches for other big brands like Burberry, Karl Lagerfeld, and Armani.

Fossil Group is a big watch brand behind the endearing FOSSIL brand of luxury watches. But in addition to their own brand watches, Fossil also makes watches for most of the Luxury watch brands like Michael Kors. 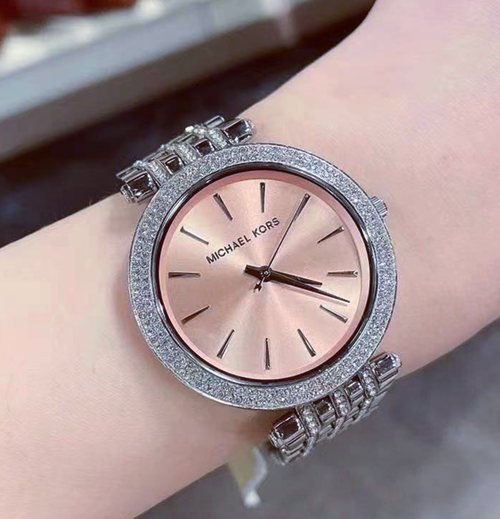 The Fossil Group was founded in 1984 by Tom Kartsotis as Overseas Products. They had their first IPO in 1993 and in and made their first acquisition for Zodiac, a Swiss watch brand, in 2001.

This leading US watch brand designs and markets and also distributes not just watches but also sunglasses, leather goods, and a whole range of retail merchandise for international markets.

Fossil Inc.’s growth is attributed to its unique and retrospective watch designs largely influenced by different magazine advertisements from the 1930s – 1950s. The company recorded great success from their invention, and this led to their expansion into international markets and the subsequent diversification of their range of products to include sunglasses and leather goods – this was from the 1990s.

At the time, they also started marketing their merchandise under the Fossil brand. The company also marketed its inexpensive fashion products and watches under the Relic name. Fossil Group notes that although it started as a humble wholesale store, it now boasts one of the most diverse portfolios, featuring world-class luxury fashion brands as it creates traditional watches and even wearable options powered by Google. They also make one-of-a-kind handbags, jewelry, as well as smaller leather goods. 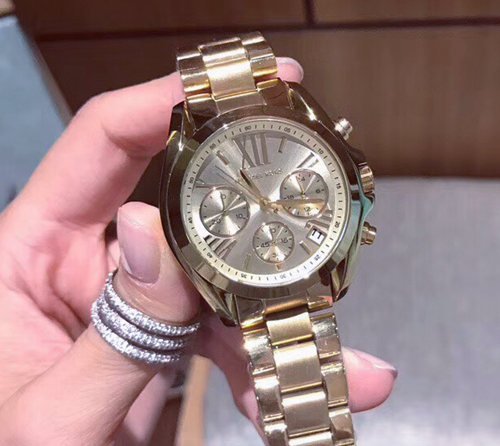 Today, the brand prides itself in being a leading brand where timeless design meets with the power of innovation, a place where everything is possible. Fossil Group prides itself in one of the most diverse portfolios made of great brands, including Fossil, Michele, Diesel, Skagen, Armani Exchange, DKNY, Puma, Emporio Armani, Kate Spade, Relic By Fossil, Tory Burch, Zodiac, Watch Station, and Michael Kors.

Some of the notable things on Fossil Group’s timeline after its establishment in 1984 include its explosive growth in the 1980s, and the increased brand presence in the 1990s, and the fact that the brand had some of its products sold by the giant retail brands across the US. Their IPO in 1993 further boosted their presence, success, and bottom line in general. 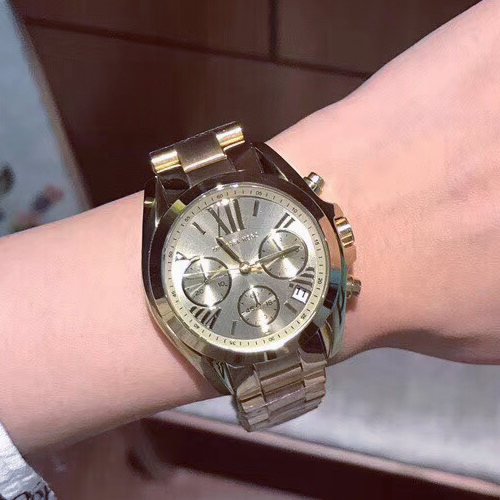 Fossil Group regards Michael Kors as a world-renowned jewelry designer brand that offers some of the best of luxury watches among other accessories and ready-to-wear outfits, all means for consummate jet-setters, which are not just sophisticated, but also indulgent, glamorous, and modern.

Fossil, in partnership with Michael Kors, has been able to take and transform classic designs and silhouettes into modern, elegant pieces by infusing these designs with some elegant modern touches.

The resultant timepieces offer the best possible level of functionality that combines with exceptional performance, style, and luxury.

Then there is the infusion of leading technological designs and features that leave you with the most elegant Michael Kors pieces, including the Jet-style Michael Kors Access Collection that is characterized by touchscreens, keeping you connected 24/7. These timepieces were made possible by Fossil Group’s partnership with Google.

The advantages of Fossil Group

Naturally, you and everyone else reading this would love to know why Fossil Group is as big as it is, and why they make most of the watches from the leading luxury brands, and more importantly, the advantages that come from partnering with Fossil Group. Below, we’ll share the low-down on this.

Essentially, Fossil Group prides itself in being the leading global brand dealing in the best watches that connect people across the world to what matters the most – time. Fossil allows its customers and partners the time to think rather differently, to express their individuality, to see the good in all details, and most importantly, the time to (together) make the world better and greater.

Working with a diverse portfolio made up of big and very dynamic brands, Fossil allows for the best and highest possible level of intersection between timeless design and the power of innovation/ technology.

At the end of the day, however, these partnerships are of great benefit to Fossil Group and the brands they partner with, like Michael Kors. This is because such brands don’t have to do the actual work of watch designing, which is resource-intensive, and such partnerships allow all the big dreams by different designers and brands to come to life.

Fossil Group has invested a great deal in innovation, design, marketing, and distribution, and they can handle bigger and smaller brands with ease – ensuring their success without much of the weight placed on the individual brands.

Michael Kors is a big fashion brand, and they are known for some of the best watches on the luxury watches scene.

But unlike their bracelets and other pieces of small jewelry made in China, Michael Kors doesn’t handle the production of the watches, and this is done, instead, by the world-renowned watches’ brand – Fossil.

So, you don’t have to worry about the quality of the Michael Kors watches as they are among the best you could buy.

If you want to know more about other fashion brands, please read here or here!