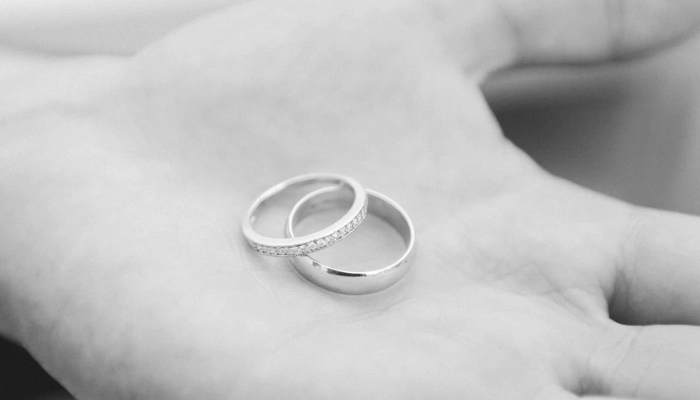 Personal identity is a huge concept that often times dictates our perception to people, things and situations we encounter in our lifetime.

Jewelry is one of such little pleasures that plays heavily to our self-image and our beliefs.

As a single female, the decision of what ring to adorn comes way after we have settled our minds on which finger to wear it on. Rings especially tell of our status and position and we try to honor that. At least most of us do.

Rings could tell anything about you, from your marital status to your profession.

While some fingers may have some meaning and significance to them, other fingers mean absolutely nothing.

You might want to consider these opinions next time you wear your jewels.

A ring of the left hand’s pinky finger can mean many different things. It could be a signet ring or a wedding band.

Wearing two rings on the left hand’s pinky back in the 19th and 20th century indicated you were married. Men would wear the signet on top of the wedding band or wear them on separate fingers.

Another significance populated by Hollywood is that Mafia like to wear pinky rings and that this is a common practice among drug cartels.

More recently, an organization led by two females has started popularizing the idea that females who wear their rings on their little finger are expressing great self-love for themselves.

For many millennia, the left ring finger has been a reserve of special family related functions such as weddings, anniversaries and engagement.

It could take the meaning of any of these aspects.

Just because this finger tends to be the longest among the others and is centered to your hand, it is thought that this finger represents power and ambition.

Far from that, it doesn’t have much significance whatsoever. It’s a good finger to wear a big show-off ring.

Also, a finger lacking any important symbolism, this index finger is ideal to wear some iconic, serious jewelry. It’s a good finger to rock out a big cocktail ring piece in.

Similarly lacks any story behind the fact that it is a finger that can hold a ring. You could use it to put on display big fashion pieces.

Similarly lacks any story behind the fact that it is a finger that can hold a ring. You could use it to put on display big fashion pieces.

This finger also doesn’t represent any special idea to the general community but for some cultures such as the Jews, they believe that wedding bands should be worn on this finger.

Some briefs may move the band to the left ring finger but then mostly will be spotted with it on their index. The good thing though, is that the band has to be gold in color.

If your band has any other color, you can get away with wearing it in the Jewish countries.

As no specifics have been placed on this finger, you could give it significant meaning or dedicate it to carrying your most iconic and most fashionable ring designs in your collection.

Germany, Russia, India, and some other countries prefer the right hand to the left for wedding bands.

It has been like so for years now so it would be good to bear this in mind if you come across them or are visiting their country.

The right hand is considered the mass populations dominant hand.

For undergraduates on the ecology and engineering field who have excelled in their course, they have a signet ring worn on this finger.

It could be a simple design made of silver, iron, stainless-steel or other such practical metal.

With numerous cute and dramatic rings available around the world and the fact that they are easily available online, has sky-rocketed this industry’s profit margins.

That being said, it is clear to see that this is a matter of personal preference and self-expression.

So, regardless of general opinions, one should wear a ring on whichever finger they feel happy with.

For more ring’s posts, read here. or visit this page for more.