Cartier is one of the big household names in the jewelry industry when it comes to luxury brands.

They are known for their icon and simple but unique signature pieces.

You can also be sure that you are getting the best quality especially considering the price, which many would find quite costly.

While a lot is known about Cartier in terms of their collections and designs, very few people know the nitty-gritty details about the company, especially where their jewelry is made.

You may have come across a local jeweler or two who claim that they have contracts with Cartier and make some of their pieces for them.

There have also been claims that some of their pieces have branding that states they’ve been made in places like Italy or China.

To avoid you falling into a trap or being conned, this article will help clarify for you, where Cartier jewelry is made and what it is made of.

Where Is Cartier Jewelry Made? 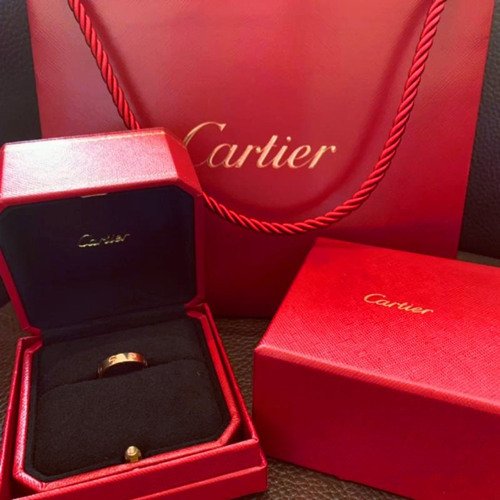 The name Cartier is mostly associated with Paris in France, even though it has head offices in places like London and New York. The shocking bit, however, is that their jewelry is not made in any of these places.

These iconic pieces are manufactured in Switzerland, a place called La Chaux-de-Fonds. They have a manufacturing facility there that is one of the largest and fully integrated facilities in the country.

This great luxury brand was founded in Paris, France by Louis-Francois Cartier a jeweler, in 1847. That was when he took over his master’s workshop.

He built the reputation of the company by dealing exclusively with aristocrats and kings, so it is safe to say that the brand has always been a luxury one from the start.

After a few decades of successfully building the company’s reputation until, his son, Alfred took over in 1874. It was Alfred’s sons, however, Jacques, Louis, and Pierre who introduced Cartier to the entire world.

Louis headed the office in Paris since 1899 and was credited to have designed some of Cartier’s most iconic designs. In 1904, he was also the one who designed Cartier’s first men’s wristwatch, which was a big hit, especially among the pilots. 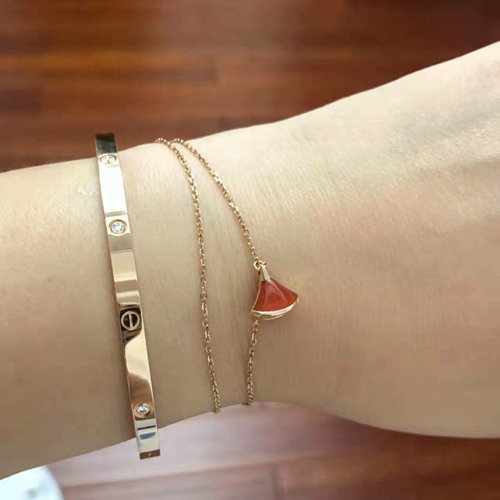 Pierre on the other hand established an office in New York and Jacques was believed to have led the office in London. By 1917 they were said to have headquarters in Paris, London, Saint Petersburg, and New York.

After their deaths, however, their sons ended up sending the businesses to different buyers in 1964. Robert Hocq, with the help of a few investors, managed to purchase the Cartier office in Paris.

Between 1974 and 1976, they managed to repossess the offices in New York and London as well, reconnecting Cartier worldwide. Around 1977, the company decided to focus on modern watches and sought out an industrial partner in Switzerland.

They partnered with Ebel which they eventually bought out along with other small suppliers across La Chaux-de-Fonds. They opened their new factory in 2000 where they continued developing to become a full manufacturer that designs and produces the watches.

The first of them was in 2008, the Ballon Bleu series.

Where Are Cartier Rings Made? 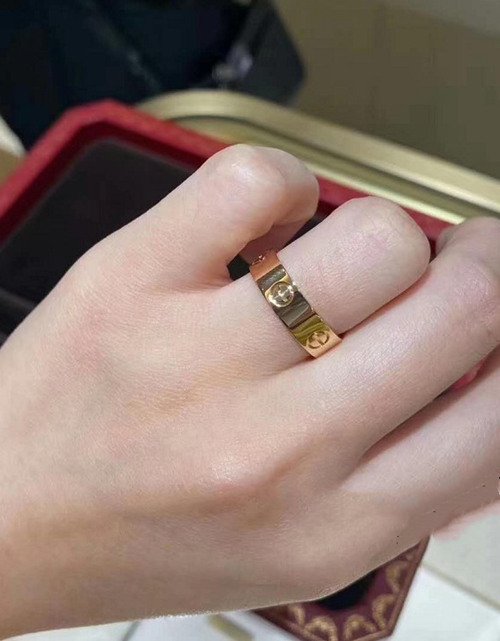 Eventually, Cartier expanded into making other accessories including bracelets and rings. While some jewelers claim to be contractors that create the rings for the company, there is no proof.

Although it would not be the first time that a luxury company would approach local jewelers with production contracts for some of their pieces. Tiffany has been reported to be an example of this.

It is, however, unlikely that Cartier does the same thing because they always have even the tiniest repairs on their watches sent back to Paris.

It is more likely that the Cartier rings are made in Switzerland along with their watches and other jewelry. After all the factories they established there are among the largest fully integrated facilities in that country. That says a lot about it considering Switzerland is one of the largest industrial countries in the world. 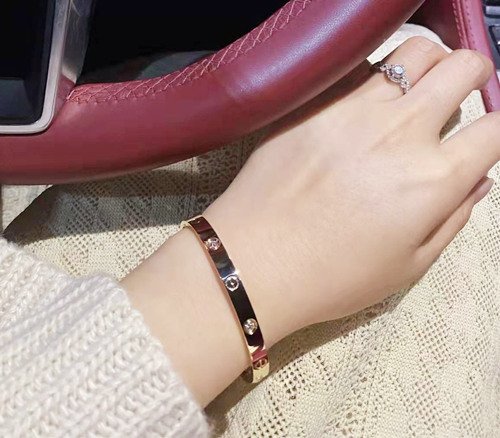 What Are Cartier Rings Made Of?

All of Cartier’s rings are known to be made of a variation of four different metals. These include platinum, white gold, yellow gold, and rose gold.

They also have some pieces that feature various precious stones including diamonds and emeralds. Given the reputation of the brand, you can be sure that to maintain its reputation it only uses top-quality materials.

What Is Cartier Jewelry Known For? 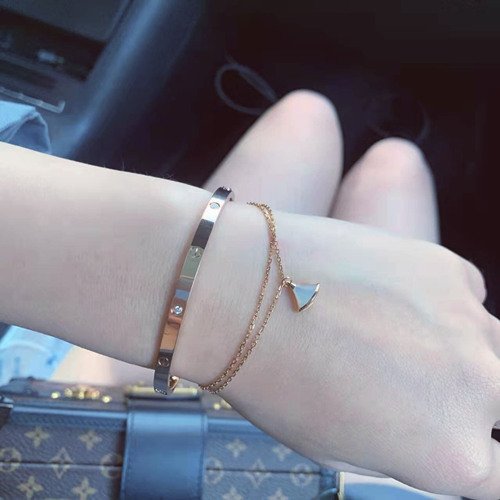 When Cartier first started it specialized in watches, but it functioned as an établisseur. That meant that while they designed and made their watch cases, they outsourced the moving parts and mechanisms from other suppliers.

Soon enough it developed to designing and creating the entire watch and even branched out and begun creating other pieces of jewelry, like in the 60s when they released the Cartier Love bracelet.

Today Cartier is known for many of its signature pieces some that date back to its founding years and some more recent. We have already mentioned one of them, which is the Cartier Love Bracelet, which won the hearts of many during its release and continues to even today. 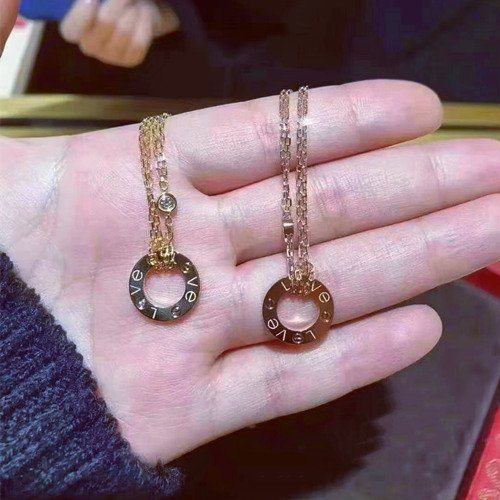 Older pieces that are still celebrated today include the tutti-frutti collection credited to Jacques Cartier who acquired the Indian emeralds, sapphires, and rubies that were curved into floral motifs.

There is also the Cartier Panther, the first ‘Great Cat’ motif in Cartier’s collection in 1914. The design has since evolved to an array of cats fully sculptured.

The Cartier trinity ring is another famous piece, that first appeared in 1924 having been designed by Jean Cocteau, a great friend of Louis Cartier.

Of course, we cannot forget the timeless Cartier Mystery Clocks credited to Maurice Couët, who was inspired by the Magic clocks of the famous 19th-century illusionist Jean Robert-Houdin.

1. Is Cartier jewelry made in China?

No, the pieces from Cartier are all made in their factory in La Chaux-de-Fonds, Switzerland. These watches are, however, very popular among Chinese luxury consumers.

2. Is Cartier jewelry made in Italy?

No, Cartier might be one of the most prestigious jewelry manufacturers in the world the only factory it has is stated to be in Switzerland and not Italy.

There are many speculations about where Cartier Jewelry is made.

Some claim there are some of their pieces which state they were made in places like China, Italy, and London among others.

The only factory stated both in their website and other resources, is said to be in La Chaux-de-Fonds in Switzerland.

You should keep in mind that being an expensive luxury brand there are many counterfeits of their pieces in the market.

You should therefore be knowledgeable enough to spot the differences between the fake and real ones to avoid wasting your hard-earned money.