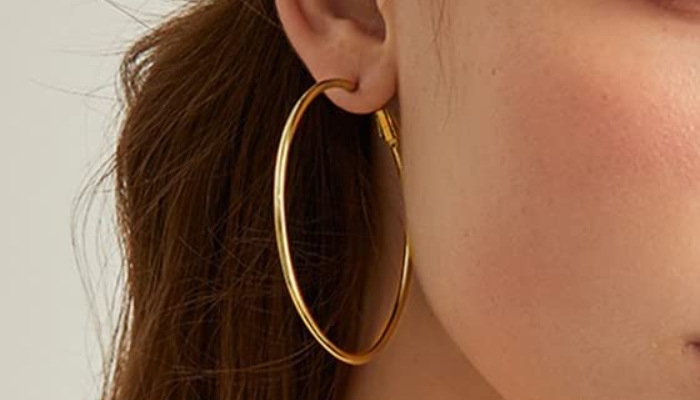 Hoop earrings have been around for much longer than most other earrings.

It may be safe to say that the hoop earrings have been around from time immemorial.

But what is the origin of the hoop earrings?

Where did hoop earrings originate from? 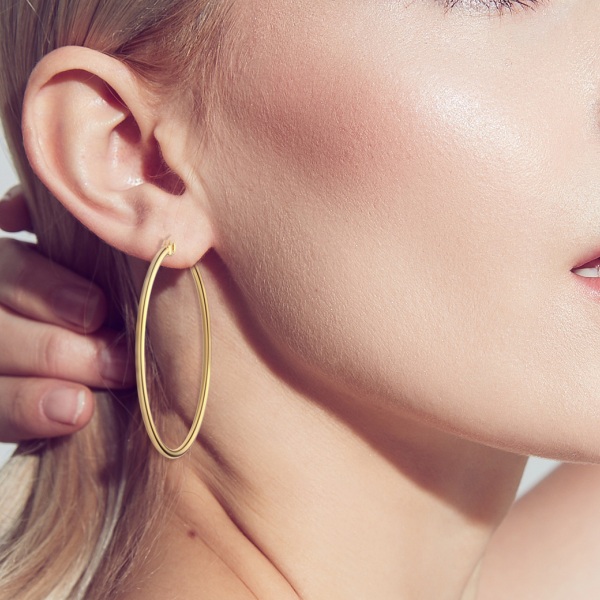 Hoop earrings originated from Nubia (Sudan) in Africa before they were introduced in other ancient civilizations such as the Egyptian, Asian, Roman, and Greek civilizations and became popular in other parts of the world.

But it wasn’t until the 20th century that the hoop earrings became popular, especially in the United States. It wasn’t welcome in all circles, though, and from the start of the 1900s, there were mixed feelings around hoop earrings.

A big number of the American population saw hoop earrings as accessories that symbolize the Native American and Latino cultures.

And so, many American women stopped wearing not just hoops but earrings altogether, and this was because they didn’t want to be considered immigrants. There was also a lot of stigma around ear piercings, but this was short-lived. 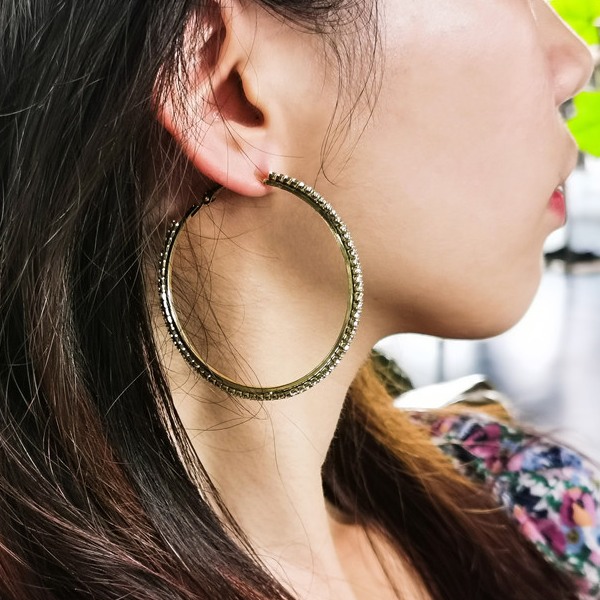 So, by 1910, women adopted simpler hairstyles, lower-cut outfits, and updos, which allowed them to flaunt their ears. The result was the rebirth of the earrings culture.

Then in the early 1920s, exotic styles were introduced, and the hoop earrings were back in the spotlight. This is believed to have been made possible by influences from the Egyptians and the Spanish population.

The 1922 discovery of Egypt’s King Tutankhamen’s tomb rebirthed the whole notion of the gold hoops as symbols of power and belonging to a high social status.

And so, with the short hairstyles and updos from the 1920s and 1930s, the earrings became an essential accessory to complete outfits.

Note that at this time, women’s dressing featured low-cut blouses that exposed the shoulders, and so the hoops matched them perfectly. Around this time, the famous American entertainer Josephine Baker got her break – she loved her gold hoops on and off the stage. 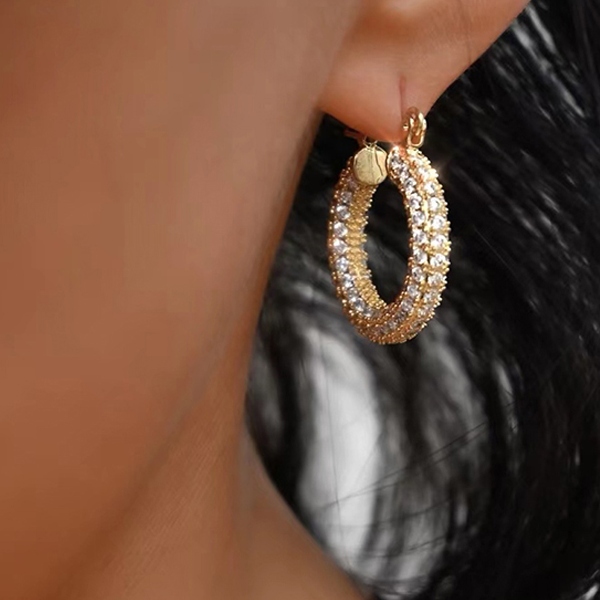 The hoop earrings remained a vital fashion accessory, becoming a signature look in the 1960s when they were matched by that decade’s straight, clean hair look.

The silver hoops and hoops made of kinetic, chrome, and tribal designs made their debut in the 1970s, with Diana Ross and Cher notorious for flaunting the large, intricately designed hoops.

The designs of the earrings changed over time, and by the 1980s, the new earrings made featured jagged shapes plus drops. These new designs pushed the hoops to the backburner, albeit temporarily.

But hoops never really went out of style. Hoops remained stylish in the 1990s and the early 2000s, thanks to influence from Latino culture and hip hop culture. 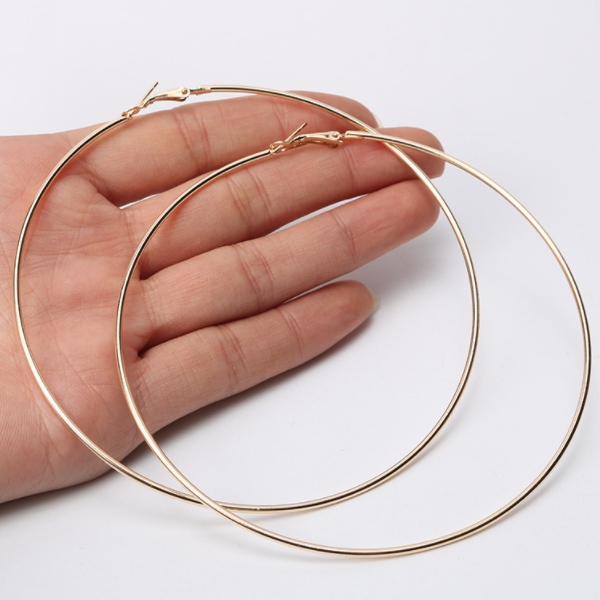 More specifically, the hoops were worn by the ancient Egyptians, ancient Greeks, Asians, and Romans.

For these ancient communities, the hoop earrings were worn to identify tribal members, but they soon became symbols of power and religion within these societies.

The first hoop earrings are believed to date back to 2500 BCE in Nubia, an African civilization located in modern-day Sudan. The hoops were made of silver, gold, and bronze; then, in 1000 BCE, the hoops were in tapered hoop earrings, a style of earrings that would spread to many other cultures worldwide. 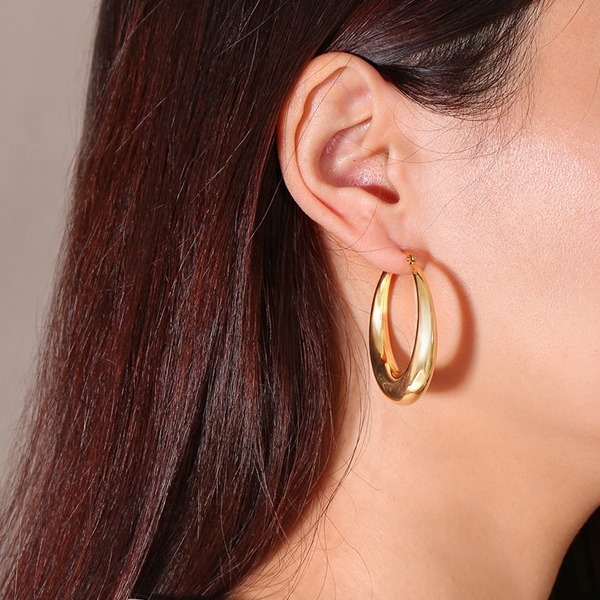 Historical accounts place the hoops in the oldest human civilizations around Mesopotamia. The Sumerian women are considered the first group to wear gold hoops in 2500BCE. This happened concurrently with the Nubians wearing hoops

Egyptian men and women are also known for flaunting some of the most beautiful hoops, and this is believed to have started in 1500BCE, a time when the ancient Egyptians believed that the earrings enhanced the wearer’s beauty.

These hoops were made of beads and a twisted gold wire, followed by the Royal Egyptians’ thick and heavy gold hoops that symbolized power and wealth.  Ancient Greek and Romans also embraced the hoops.

The hoops were deeply ingrained as an essential accessory worn by the different communities and cultures throughout these ancient cultures and traditions. They were a huge deal to the Egyptians, where the hoops were introduced in 1500 BCE. 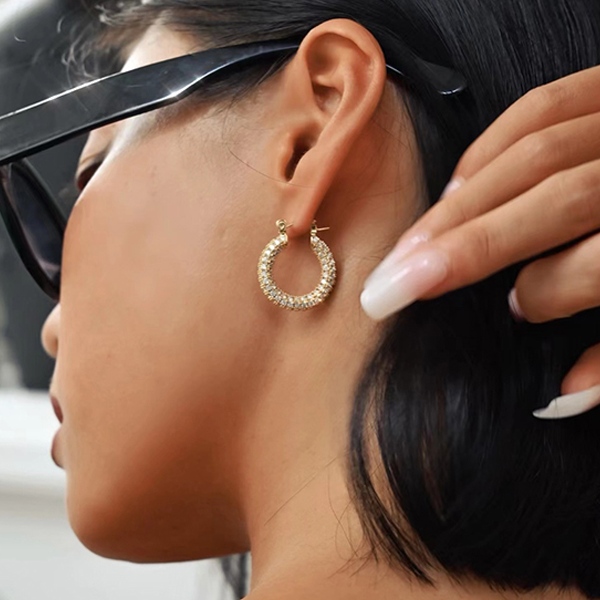 So, what made hoop earrings such a big deal, overall these civilizations, for all these years? For starters, the hoops, especially the ones made of gold, were worn to symbolize wealth, although many others wore the hoops because these earrings enhanced and emphasized beauty.

And so, with the support of the rich symbolism, hoop earrings quickly made their way to other parts of the world. The Greek goldsmiths started creating hoop earrings during the first millennium BCE, and the Etruscan goldsmiths followed them.

These goldsmiths made different kinds of hoop earrings, but they were all considered a symbol of prosperity and wealth. In both cultures, it was evident that they took great pride in combining the accessories with their unique art, particularly in conceptualizing the new design for this jewelry. 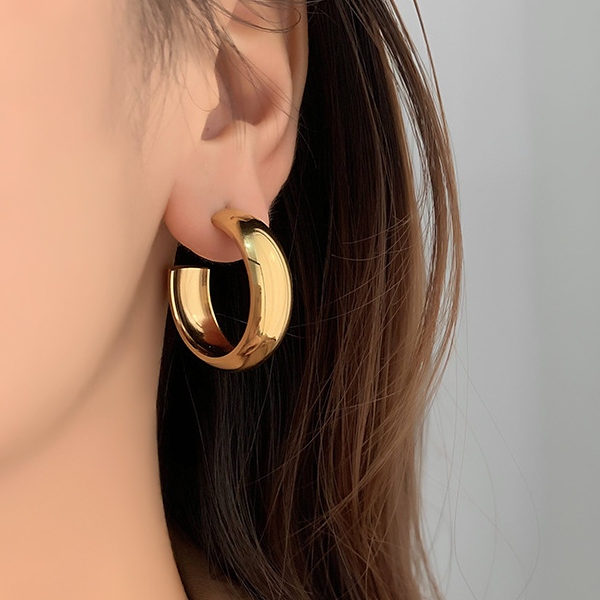 And so, each of the sets they made featured rather intricate designs and embellishments that ranged from gemstones and beads to flowers.

With the adoption and progression of the trend and the acceptance of hoop earrings worldwide, hoop earrings’ infiltration in the Roman Empire expanded and dominated the empire.

Of course, like most other new things, they were not initially welcome in the Roman culture, but with the growth of the empire, they became increasingly popular among men and women. Even Julius Caesar, arguably Rome’s most famous leader, wore hoop earrings when he ruled. 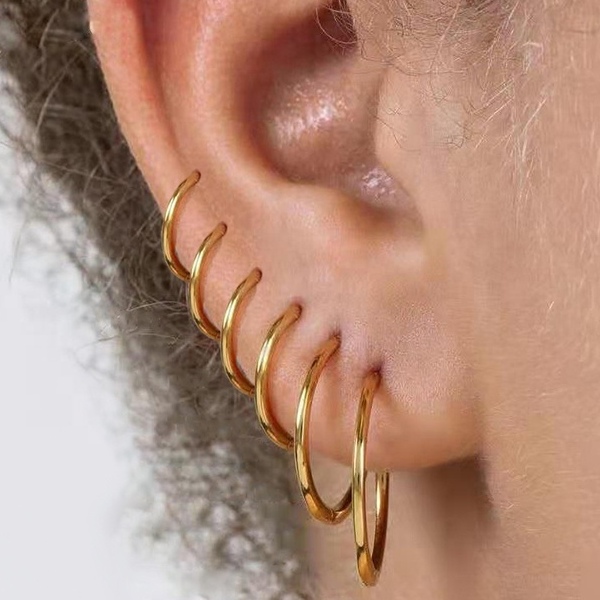 With the decline of Rome’s influence in the ancient world, many other types of hoops came to be, and this led to the popularity of the Byzantine hoops – these hoops were made of plain gold and had pearl for pendants that hung on chains – these soon became a massive trend at the time.

In the Middle Ages or the Renaissance, hoops’ popularity decreased, especially in Europe. Some people speculate that the high-collared fashion plus the hairstyles of the time played a role in the declining hoops’ popularity.

Despite this decline of hoops on land, they became increasingly popular on the sea, where the sea pirates wore them. And as mentioned above, it wasn’t until the 1820s that the hoops became popular again.

When did hoop earrings come into fashion? 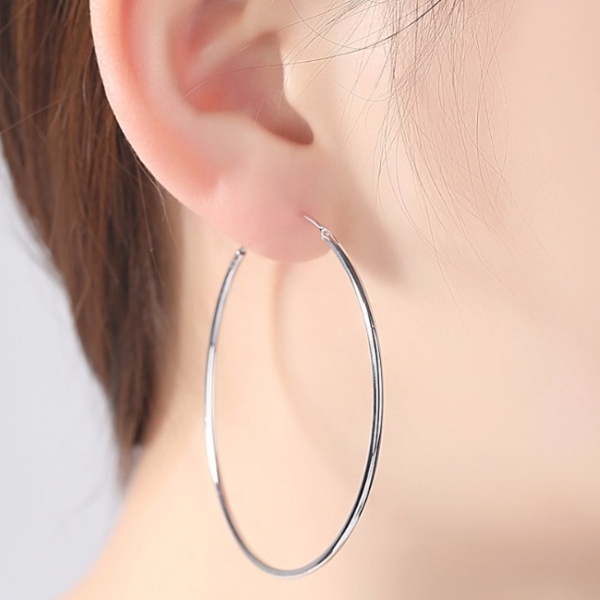 In modern civilizations, hoop earrings became fashionable from the 1920s when hairstyles and fashion trends changed, and the hoops got a huge break with the discovery of King Tutankhamun’s tomb in 1922.

Around this time, the Western societies started to look back at the ancient fashion styles and rituals, and so, soon enough, women would start wearing hoops all over, commonly with the bob haircut.

In the 60s, hoops became the symbols of female empowerment, especially among Latina and African American women.

Were hoop earrings popular in the 70s? 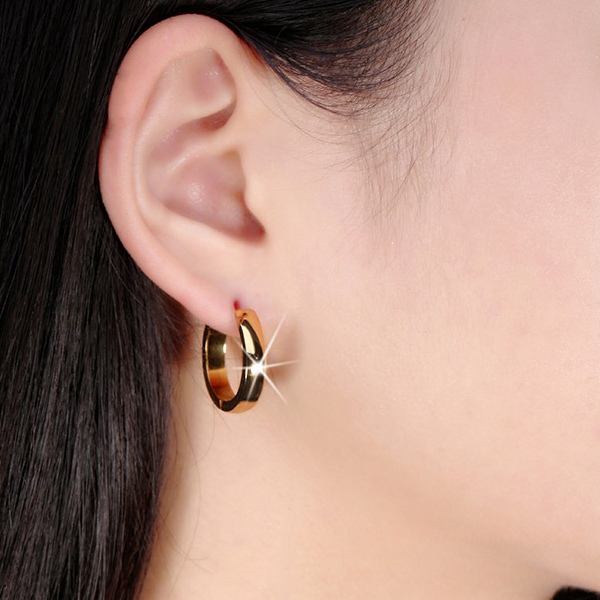 Yes, at this time, hoops represented women’s empowerment. The hoops were not just made of gold but also silver, chrome, and other tribal designs and styles.

If you want to read more about hoop earrings, we explain why hoop earrings are so popular? Click here to read!

Hoop earrings have been around for a long time and throughout all human civilizations.

This is the case because they help to edify beauty and represent human development and women’s empowerment.

Hoops have been the symbol of identity and strength and even helped fight against discrimination.

Hoop earrings come in various sizes and designs, and they stand out because they are accessories meant for bold individuals.

These are why the hoop earrings have such a long and rich history and why powerful men and women have worn them.