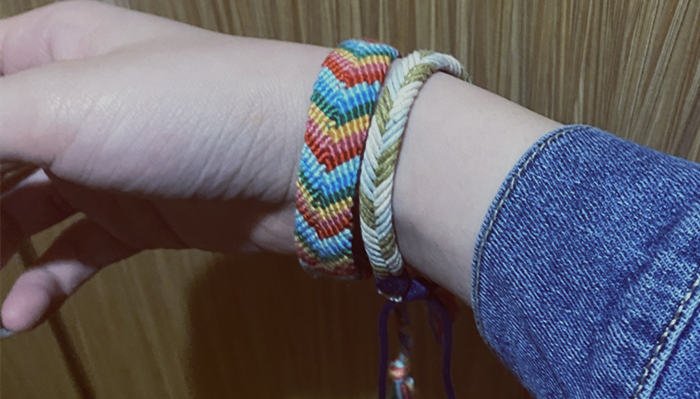 Accessories really make outfits, and the biggest challenge faced around accessorizing has been finding the perfect accessories. In a market full of endless options to choose from, it’s not enough to know that your outfit is incomplete without an accessory; you must find the perfect accessory to complement your look/ outfit. Sometimes, accessorizing can be done using simple and cheap pieces of jewelry, but there are times when your look is complete with expensive accessories.

Today, we look into the history of friendship bracelets and what makes them endearing.

While this decorative bracelet has been around for a really long time, and it’s acceptable generally that these decorative accessories made with colorful bands appear to have originated with the indigenous people from South and Central America, there is evidence that shows the friendship bracelets to date back to the periods between 481 and 221BC.

Friendship bracelets are, therefore, ancient, and they have only re-emerged as a modern piece of jewelry.

Some of the decorative knots in friendship bracelets, however, date back to China, circa 481 – 221BC. This account was recorded by the County of Middlesex Cultural and Heritage Commission. Today, you will see friendship bracelets on the wrists of adults, including grandparents and children, and this woven yarn comes in some of the most intricate designs. Others feature beads woven into the yarn.

It is believed that the Chinese came up with the use of the knots seen as standards for friendship bracelets. These are the same knots used in clothing decorations, as well as buttons and other household objects.

Besides the knots, the other thing that stands out from the friendship bracelets is the use of macramé – this is a craft that involves the tying of knots, creating intricate patterns. Macrame is said to date back to Arabia, where it was developed in the 13th century. At the time, Arabian weavers came up with the idea of creating intricate patterns from knots with fringes at the edge of these items that were made on looms. In the following centuries, and as the world opened up, this technique was adopted in France and Italy.

The knot-tying macramé technique was later on picked by sailors who used it to pass time at sea. To date, the basic knots that are used in macramé are the same exact knots that were the invaluable part of the sailors’ knot-tying repertoire – specifically, tie the half knot followed by the square knot, and finally, the half-hitch knot.

However, it wasn’t until the 19th century when macramé became a thing in Britain. It was then revived in the US in the 1960s. The popularity of macramé waned in the decades that followed, but the 21st century seems to have seen an increase in the use of macramé.

According to Life Script, friendship bracelets are a direct descendant of the Central American and Indian Crafts – the brilliance in the patterns, the color schemes, and designs seem in friendship bracelets today are all native to Central and South America. And only in the 1970s and 1980s did wearing this ethnic item become a popular thing.

When were friendship bracelets popular?

Despite having one of the most vibrant origins, the friendship bracelets didn’t gain popularity until early in the 1970s when they were worn to political rallies in the US. This was a radical time in the US, and the country has a big involvement in conflicts and wars – the American Dream was lost, and tolerance for negative was swept under the rug.

This was followed by the infiltration of endless anti-war movements all focused on unity rather than division, peace, and love rather than war. With this going on, the only thing that made sense as friends gravitated towards peace and love was a simple symbol of love and peace – the friendship bracelet.

As a result, exchanging friendship bracelets became a thing, all in an effort to unite communities.

Another word for friendship bracelets?

Though they were meant and used to unite, the friendship bracelets were also created and popularized as a way to focus and shed light on the cultural appropriation of the Native American Cultures. This is because these cultures would often (and they still) fall victim, especially in the fashion world with fashion trends as well as offensive clothing. So, while it’s still a bit difficult to pinpoint the exact birthplace of the friendship bracelets, the belief that the colorful bracelets were from Central and South America thanks to the motifs’ associations with these parts of the world are the reason why the bracelets are said to be culturally appropriated.

It’s interesting to note that throughout American History, the plight of the Native Americans has been continuously ignored, with the rights of these individuals infringed upon in pretty much all ways – history shows that their lands were taken from them by the US government, consequently confining these groups to very small reservations or forcing their assimilation into cultures completely different from their own. So, instead of appreciating these native cultures, aspects of said cultures have been morphed into other cultures either as caricatures or fashion statements which often ignore the roots and the sanctity of these cultures.

Through the friendship bracelets, for example, the appropriation of the Native American cultures is shown, that and the US government’s negligence towards the rights of these native cultures.

Friendship bracelets on wrists can, therefore, be said to be representative of everyday struggles faced by the Native Americans, even as they are reminded and expected to change their lifestyles to suit the people around them.

If you weren’t sure about the reason for the popularity of friendship bracelets or the history of this beloved piece of jewelry, you now know – and you can tell, it’s more than an accessory – it is an accessory that speaks volumes about cultures, history, peace, and love.