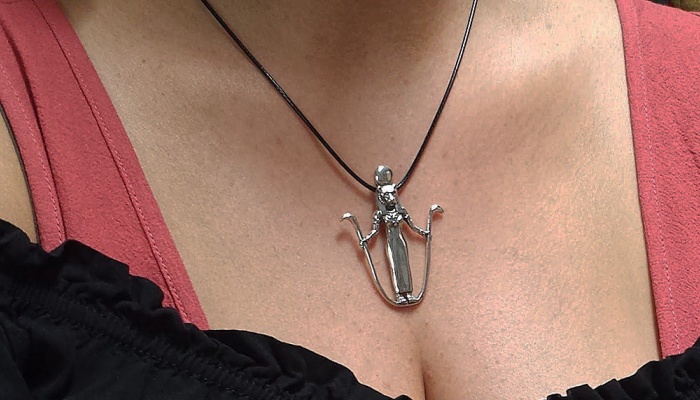 Sekhmet, pronounced sekmet, is an intriguing goddess who defines a significant part of Egypt’s history and mythology.

Her femininity and wisdom are some of the traits her people revere.

Folklores about her powers fascinate people from all walks of life to date as they embrace jewelry pieces that use her portrayal in their design.

So, what makes Sekhmet special? If you’re just as curious, read on to find out what a Sekhmet pendant symbolizes and more.

About The Goddess Sekhmet Lore And Mythology 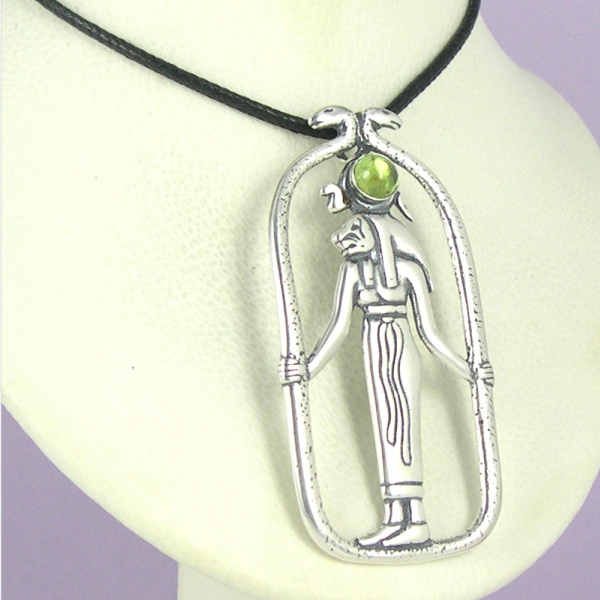 Sekhmet is a powerful Egyptian goddess who was the daughter of Ra, the sun god, a wife to Ptah, a creative god, and a mother to a healing god, Nefertem.

Upper Egypt revered her as a goddess, while Lower Egypt appreciated Bast, the cat goddess. According to Egyptian mythology, Sekhmet possesses human and animal characteristics.

The goddess has the head of a lioness wrapped in a detailed headdress of a Uraeus cobra and a sun disk or orb. Lastly, Sekhmet is often clothed in red linen to symbolize her thirst for blood. 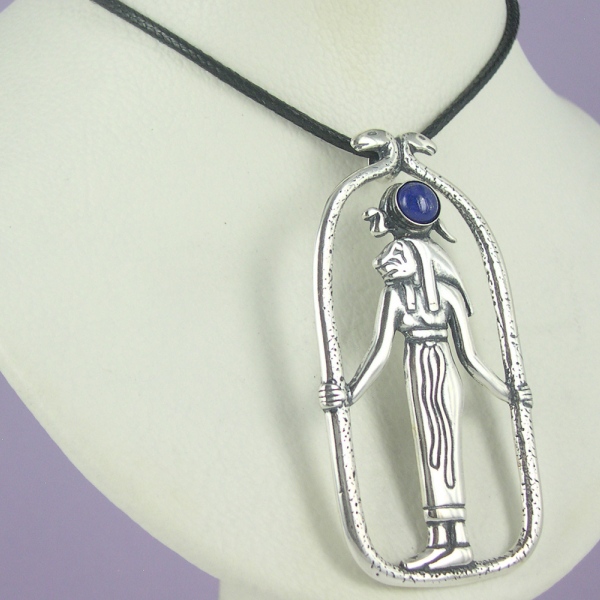 This depiction represents the destructive forces of the sun Sekhmet wields as the Mistress of Dread and the vindictive Eye of Ra. In the past, the mighty goddess subdued the sun god’s enemies with this power, so Egyptians prayed, built statues, and offered sacrifices to appease her.

Despite these vengeful traits, Sekhmet has a sharply contrasting quality that contributes to her dual nature. She is also known as Hathor because of her healing powers. Hathor appears as a cow deity and a woman whose headdress has cow horns and a solar orb.

The Story Behind Sekhmet And Hathor 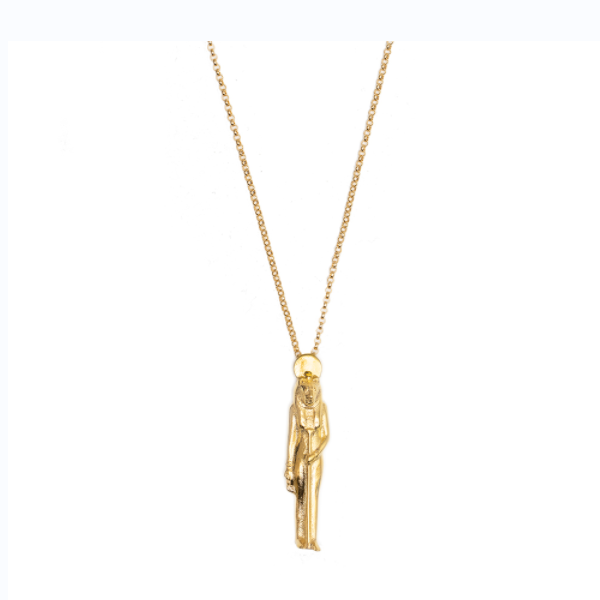 The ancient Egyptian sun god, Ra, supposedly created Sekhmet from his eye to punish Upper Egypt because its people failed to follow his principles of justice. She ruthlessly struck people with fired-up arrows and scorching breath as retribution for their misgivings.

When this punishment sufficed, Ra tricked Sekhmet into ending her era of terror, so he planned to subdue her vengeful nature and honor her obedience. He directed his royal court and priests to mix red ochre with beer and spill it all over the land.

Sekhmet fell for Ra’s cunning plan during her next hunt. She mistook the red pools for her prey’s blood. She drank the fake blood, and her stupor left her powerless. 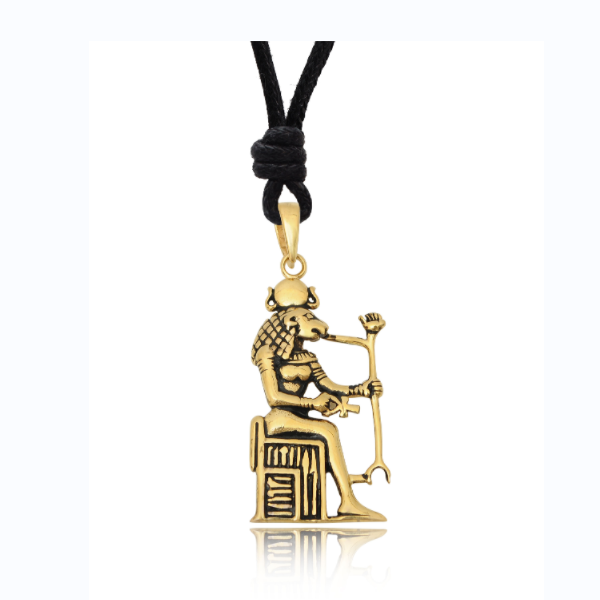 Ra prayed over the helpless Sekhmet; he invoked peace in her to restore balance. Legends believe that Hathor, the goddess of love, beauty, and music, was consequently born. She acquired her dual nature on that day and new healing powers that enabled the birth of Nefertem.

Subsequently, Egyptians referred to her as the patron of healers and physicians. Although some experts dispute this duality, several ancient legends confirm that she existed as two deities. Nonetheless, mythologists associate her with feminine wit, healing, and medicinal arts.

Sekhmet Pendant: What Does It Symbolize? 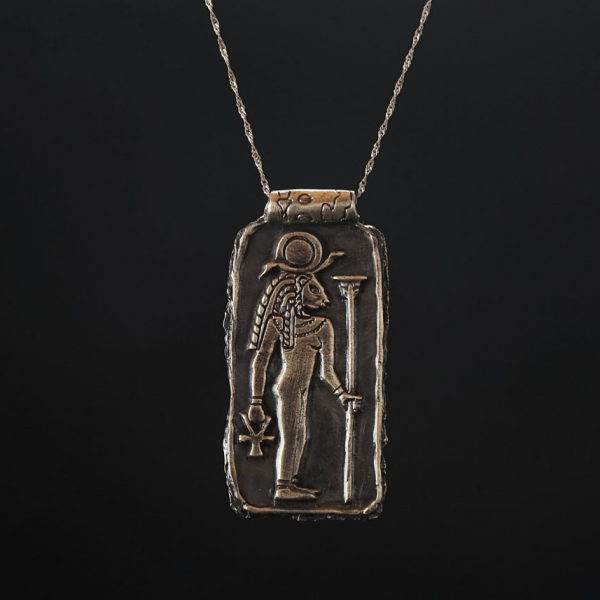 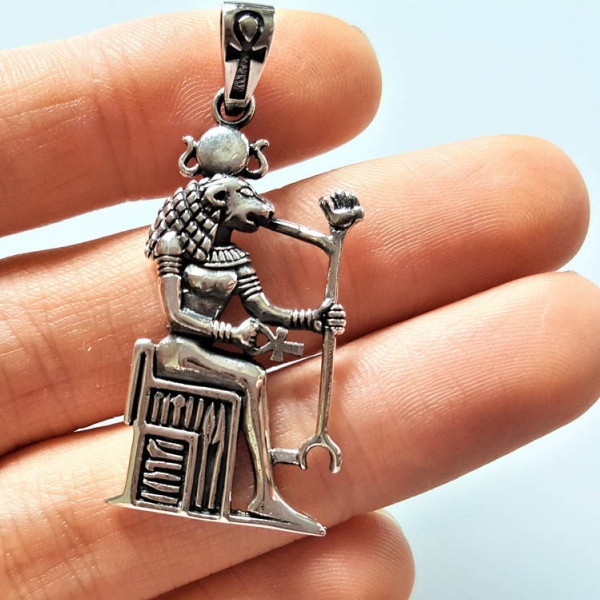 Each pendant highlights the essential aspects of Sekhmet’s character as a goddess. The lioness, sun, and Uraeus serpent show her vengeful traits and illustrate the feminine power of the sun, revenge, destruction, and death.

Although Sekhmet pendants don’t represent Hathor, people feel they still portray rebirth, medicine, healing, and feminine wisdom. Hence, ancient Egyptians wore it as an amulet to protect the living and the dead.

Fans of Egyptian mythology who recognize her powers believe the pendant can still evoke these energies through Sekhmet jewelry.

Should You Buy Sekhmet Pendant? 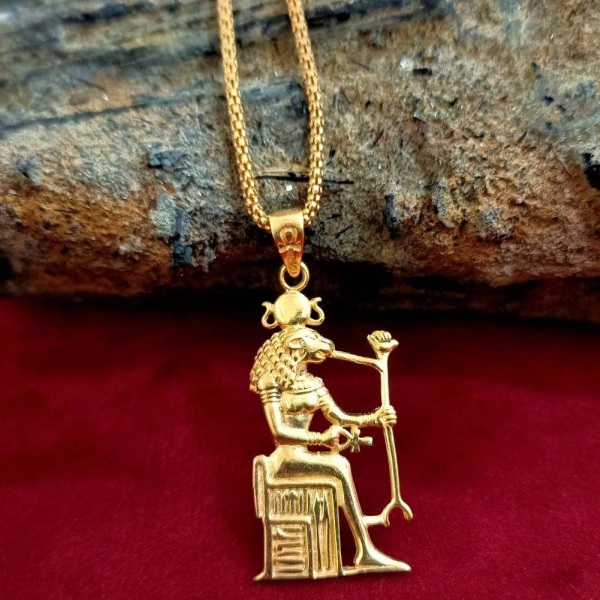 Anyone can wear Sekhmet jewelry, but it makes more sense if you appreciate Egyptian mythology. A Sekhmet pendant is a great way to express your passion for ancient gods and beliefs.

It is also a unique piece of jewelry for people who love amulets. Although women understandably associate with Sekhmet more, men can also tap into her power.

Wearing one invites Sekhmet’s healing powers and divine protection into your life. Most people wear one because of its symbolism. Mythologists believe Sekhmet can lift and support karmic energies, contracts, and agreements.

These pendants are also a reminder to balance your anger with peace, as Sekhmet did. She can help you clear a dark past and deep emotions to make you feel lighter. 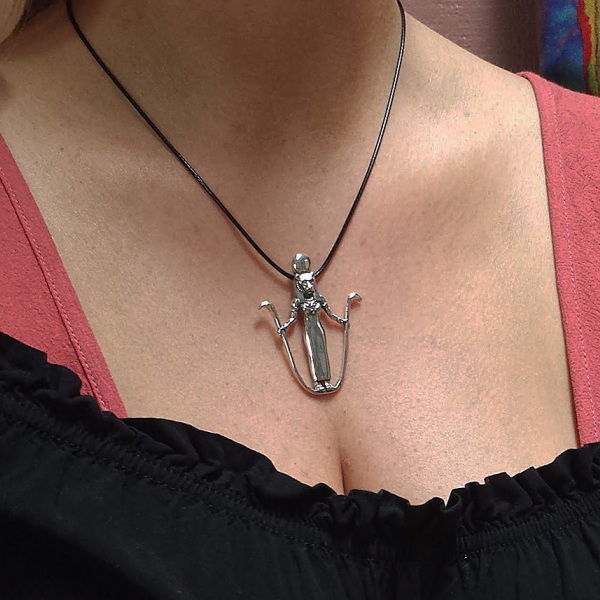 The goddess works with chakral energies and retrieves souls to restore their strength because she symbolizes rebirth. She can even support a soul’s passing to and fro the afterlife. Sekhmet can work on stubborn spiritual issues through telepathic connections.

Since the pendant comes in different materials and designs, you can choose what suits your style and preferences. However, the quality of its materials influences the cost.

Some jewelers use wood, sterling silver, yellow gold, resin, and pewter. Sekhmet pendants retail from as low as $5 for affordable ones to as much as $20,000 for antique pieces.

If you don’t fancy pendants, you can opt for Sekhmet necklaces that use beads. They are also popular gifts, so you can buy this pendant for your loved one to invoke Sekhmet’s protection.

Sekhmet is an Egyptian goddess who meted out the sun god Ra’s punishment on his people for their injustice.

Hathor, her second deity, has healing powers. There are several types of Sekhmet pendants you can wear for spiritual enlightenment, like ancient Egyptians.

These pendants depict her unique appearance of a lioness head covered with a cobra headdress.

Mythologists and enthusiasts also believe Sekhmet can protect them from harm and restore balance.

If you’re not keen on the mythological value of a Sekhmet pendant, you can still add it to your jewelry collection for its beauty.