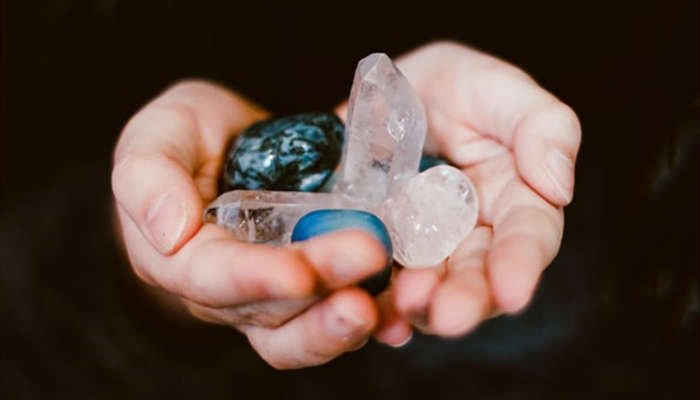 Though diamonds have a reputation for being the rarest and most desired gems in the world, this is a result of heavy marketing and a firmly controlled supply.

This strategy may have diamond prices skyrocketing seemingly leaving al other gems in the dust. However, some gems are more expensive than diamonds.

The high demand and strained supply of diamonds have seen them increase in monetary value with some 1-carat pieces going for more than tens of thousands of dollars.

While that amount is staggering, you will be surprised to learn of other rare gems that cost way more per carat than a diamond.

Gems That Are More Expensive than Diamonds

Bixbite is among the rarer gems in the world and can also be referred to as a red emerald or red beryl.

These crystals get their red color from the traces of manganese in its composition. Bixbite is so rare that only one crystal can be found in 150,000 quality diamonds.

The only grade of Bixbite that can be changed and molded into fancy crystal shapes for jewelry can only be found in Utah where it was discovered 62 years ago.

Per carat, bixbite goes for more than tens of thousands of dollars.

This is one of the most extraordinary examples of Musgravite that I've ever seen. The color being most unusual. A lovely deep reddish purple unlike the more common grey to slightly purple variety for which the stone is found most frequently. However using the words "frequent" or "common" seem absurd when discussing one the rarest gemstones on our planet. This glorious stone was available through The Gem Trader (TGT) but the stone has been sold, which is of little surprise. I seem to be rambling.

This is a greyish and smoky gem with either violet or green hues.

The gem was discovered in Australia back in 1967 but it took the experts another 26 years before they could find a grade of the gem that could be cut and shaped into jewelry crystals.

Discovered in Myanmar back in the 1950s, this stone features a strong orange-red color that borders brown.

This discovery was thwarted by the military coup that spanned over 60 years in then Burma.

Luckily, now, there are over 100 pieces in circulation and they are valued at a little over 60 thousand US dollars per carat.

Named after the Russian Emperor of the time, Alexandrite gems were discovered in the 1830s. This gem has unique color-changing properties depending on the light and angle at which you observe it. The gem seems red in artificial lighting and green under natural light.

At an angle, it is possible to see colors of green, red, purple-red, and orange. Though also found in areas such as India, Brazil, Tanzania, Madagascar, Burma, Zimbabwe, and Sri Lanka, the most valuable and attractive Alexandrite gems are found only in their origin, Russia. A carat can go for 10,000 dollars.

This beautiful gem found only in Madagascar, has color-changing properties as well. With either a translucent or pearly look, this gem can shift colors from clear to blue-green or dark green depending on how the light hits the gem and from what angle you look at it from.

This translucent grandidierite is the most desirable for its color-changing properties and a carat of this gem could go for around 20,000 dollars.

Is Ruby More Expensive than Diamond?

Yes. Rubies are traditionally popular and have long been used for jewelry stones because of their exceptional quality and durability. Boasting of a bold and saturated red color, they are one of the most valuable gems in the world with a carat going for as much as 1 million US dollars.

The red color in a ruby gem is generated by the amount of chromium in its composition. This gives a natural fluorescence quite spectacular under natural light. the ruby’s color is its most important aspect and it needs not to be free of inclusions or imperfections unlike the case with diamonds.

In comparison with diamond gems of the same size, rubies are both rarer and more valuable. Unlike diamonds that are graded by the 4C scale of measure, rubies quality is based on its place of origin and its color.

Commonly, rubies are cut in their place or county of origin. Finding a rough ruby in the hands of a custom cutter is unheard of because of the tight customs that have been implemented. However, once they come into the public sphere, they are custom cut to fit the expected proportions.

Are Emeralds More Expensive Than Diamonds?

Yes, Emeralds could be more expensive than diamonds because they are rarer and also based on their color and clarity. Emerald findings for every five tons of ore dug are similar to diamond’s findings within 1 ton of ore.

This green colored gem could also be less expensive than some diamond crystals based on the clarity, color, cut, and carat size of the gems. A quality emerald will have a striking and captivating green color which will translate to a higher price tag.

Emerald cuts are inhibited by the numerous inclusions within its structure that make cutting and cleaning difficult because it is not strong enough to withstand the pressure which may lead to breakage. This inconvenience led to the innovation of the emerald cut which features a rectangular shape with beveled edges to bring out its brilliance while protecting its structure.

An emerald gem suffers from deep inclusions and blemishes within its structure and these imperfections, if visible, bring down the cost of emeralds. However, finding a perfect emerald gem with no impurities is so rare that if you find one, it must be lab-created.

Is Opal More Expensive Than Diamond?

Our Lady in the Frame earring featured in @sergiohudson debut #NYFW show.

Originally discovered in Australia, Opal gems are scattered and varied across the continent. This means that their quality in terms of color and clarity vary greatly and you could find an opal from as low as 10 dollars per carat to 15,000 per carat for the black opal gem.

Opals brilliance in color in reflection is what gives it its high value meaning that the brighter the gem colors, the more valuable it is. Opals are available in a couple of colors which further influence the final cost of the opal.

Red opals are the rarest and most valuable followed by orange opals, then yellow to green, and finally to the most commonly found color, blue. Australian opals have a dark base color that guarantees a greater brilliance in color.

Colors in the opal form a pattern that can be used to classify them in different groups which in turn affects their value. The most valuable opals are pitch black showing broad color spectrums even in dull light. These rare opals are more expensive than diamonds.

Are Pearls More Expensive Than Diamonds?

It's almost impossible to get a picture of this natural gold pearl.

No, pearls are generally not more expensive than diamonds.

Pearls are specially created or generated gems that are produced by oysters which makes them a very valuable gem based on their originality.

However, pearls are also subjected to the GIA grading system that looks at their color, shape, luster, surface quality, size, and matching. A valuable pearl has an excellent luster that borders a mirror-like reflection.

There are four types of pearls measuring different diameters. The largest ones are from the South Sea east of Australia and naturally cost more than the rest.

The red gem known as Ruby from Burma is the most expensive in the world with a price tag of a million dollars per carat.

Natively cut rubies once released to the market, are recut by custom jewelers to give them a more brilliant shine and crystal clarity.

For more diamond-related posts, please read here. And do not forget to check our new published posts here.