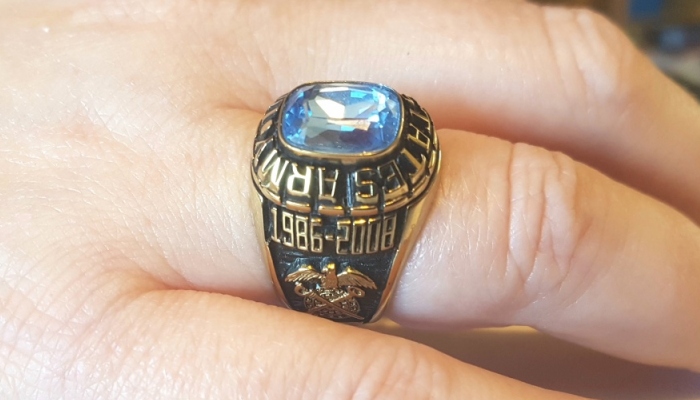 If you are in the military or know someone who is, you probably are aware of what the military ring is and what its role is.

The military ring is substantial and stands for something more meaningful and deep.

But what really makes the military ring stand out, and what do you need to know about the ring, its materials, or its true and outward milestones and symbolism?

And for most individuals, this ring honors and celebrates the wearer or the memory of the person who used to wear it.

About the military ring 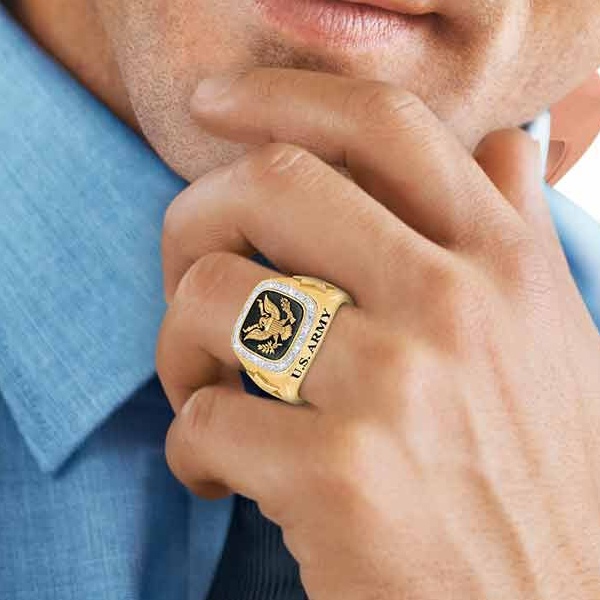 A military ring is one of the most important forms of showing pride and celebrating the amazing work that men and women continue to put in working in the military and doing their best to protect the rest of us.

The ring is quite unmistakable and is an astute representation of the service, a symbol that commemorates the personal commitments and sacrifices made by servicemen in the military.

And so, in many ways, the military ring is a tangible object that shows that the person wearing it shows unmistakable pride.

But they are not just for officers; they are also important symbols for the unlisted ranks. For them, the ring shares the story of a profound military career, so the ring is a treasured piece handed down generations. 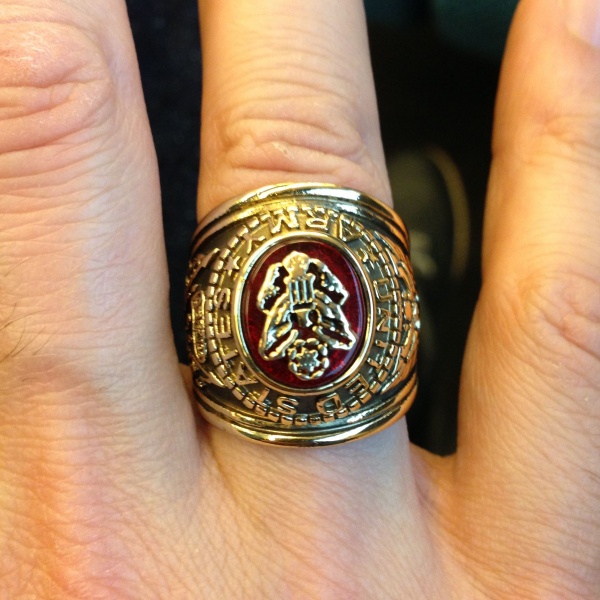 Military rings and the traditions around the military rings date back to 1835. It was started by cadets at the United States Military Academy who wore the ring as a class ring.

Traditionally, the ring was worn on your left hand, although several recent military graduates opted to wear it on their right hands. As a result, this created a dilemma regarding where the ring is meant to be worn – the left or the right. 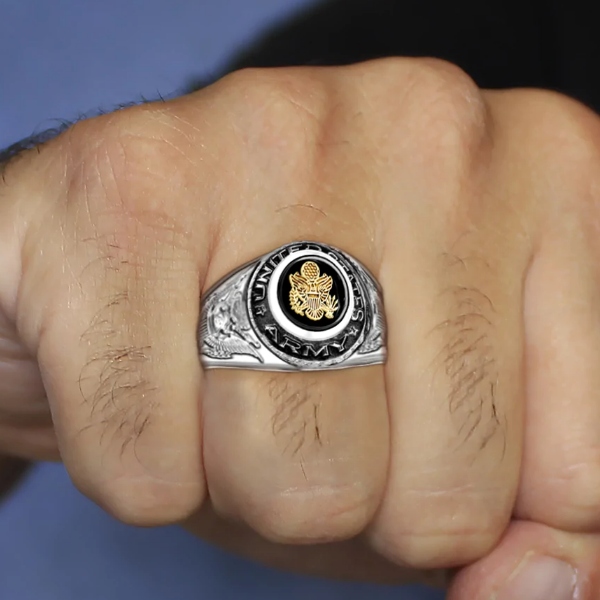 To date, West Point holds on to the 1835 tradition, and they boast what they call the Ring Weekend. During this weekend, the senior cadets receive awards that include the West Point class rings.

This tradition is often observed shortly after the beginning of the senior year for the cadets. It is a big, celebrated, formal event that features a formal dinner and dance, and the ring ceremony follows it. 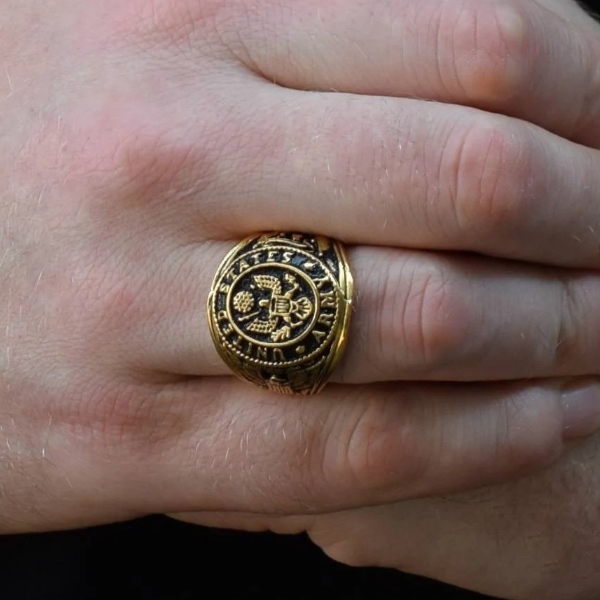 For these ceremonies, the rings are pre-selected months in advance, and the cadets get to choose the details of the ring, including the metal to be used, ring size, stone, and other customization features or specifications.

And today, close to 2 centuries later, the military ring tradition is quite alive and much stronger than ever before.

What finger do you wear a military ring on 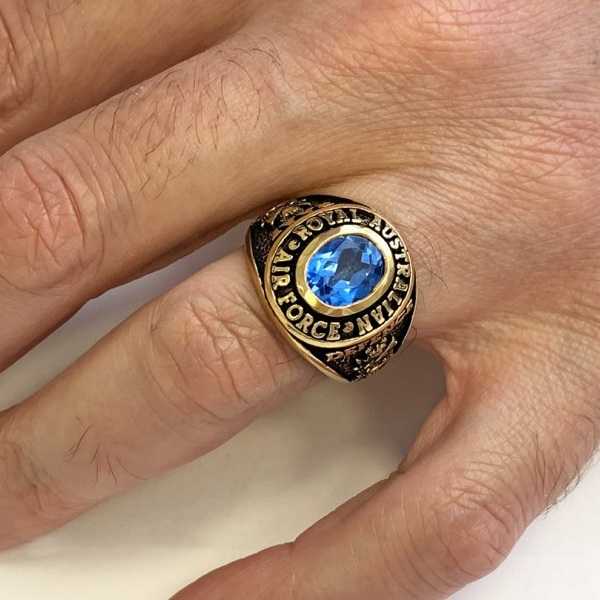 As mentioned above, the military ring or the West Point ring has traditionally been worn on the left hand, and you can wear it on any finger.

Others wore the ring on the right hand too, to match their preferences, but in recent days, it’s become a norm to wear the military ring on one’s right hand because the left hand, especially the ring finger, is reserved for the wedding band.

However, others prefer wearing the ring on the middle finger because it is believed to exude strength – the middle finger is also the symbol of balance given its center placement, and it also symbolizes responsibility because of its sturdiness.

If you are unsure about the finger to wear the military ring on, here are some important insights that will guide you depending on the meaning you’d like the demonstrate. 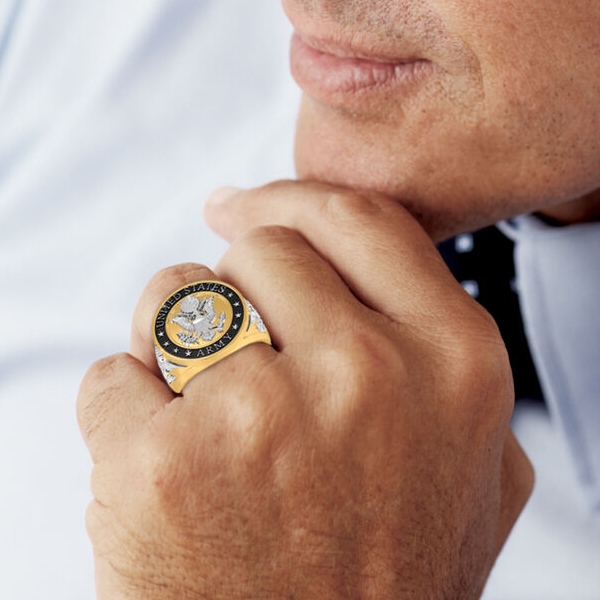 How do you wear a military class ring? 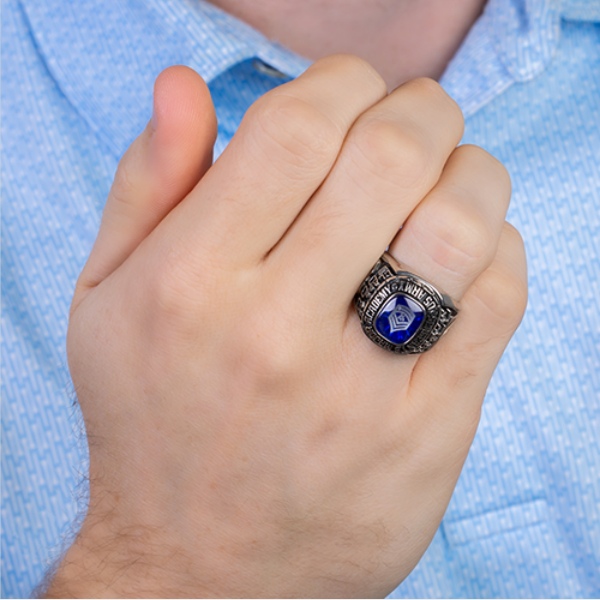 You can wear the ring on your left or right hand, whichever feels comfortable to you, and on the finger that suits your personality and intended meaning, as mentioned above, and the meaning you want to associate the ring with.

You could wear your military ring on whichever finger feels most comfortable with you. The ring is symbolic and quite important because it represents the pride and honor that can only be awarded to men and women in the military.