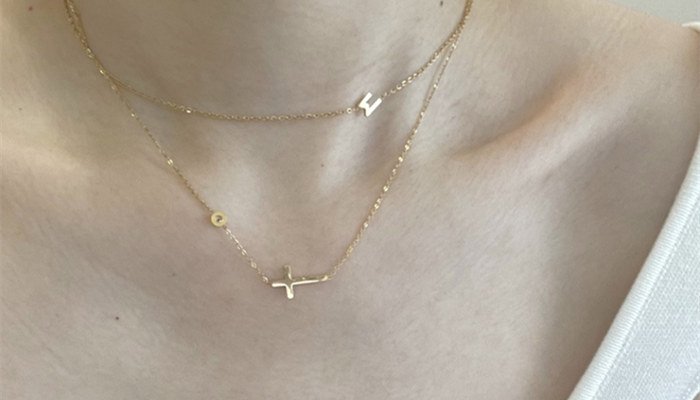 Cross necklaces have been adorned for centuries now and carry deep symbolic meaning for many people.

For most individuals, these necklaces were worn as a conviction of their Christian faith. Others wore it as a symbol of protection from evil, while some in recent years began wearing them as a fashion statement.

Over time many variations of the cross have been introduced with their meaning, like the inverted cross. Recently, however, there has been an increased trend of people wearing the sideways cross.

Many celebrities and individuals have been spotted with this piece of jewelry, sparking the question, what does this sideways necklace mean? Is it a bad thing? That is what this article is going to explore, we will look at both the positive and negative meanings in different aspects. 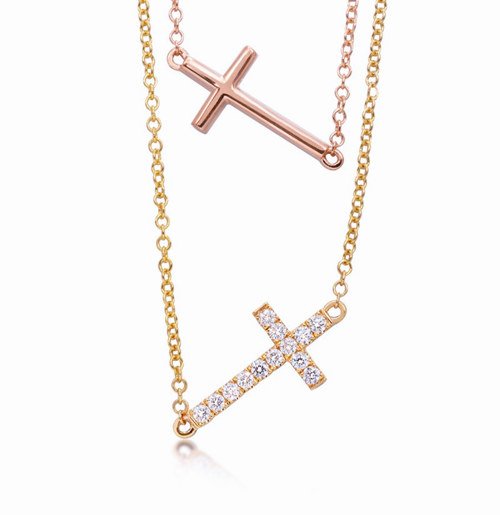 What is the sideways cross to begin with? As per the name, this is a type of cross pendant where the cross lies horizontally as opposed to the vertical position it is usually displayed in.

Unlike the inverted cross which is seen to be blasphemous and satanic, the sideways cross has no such negative connotation.

Also, because of the unanimous fashion agreement, even those wearing the necklace simply for a fashion statement are not offensive since they do it purely for fashion’s sake and not religion. 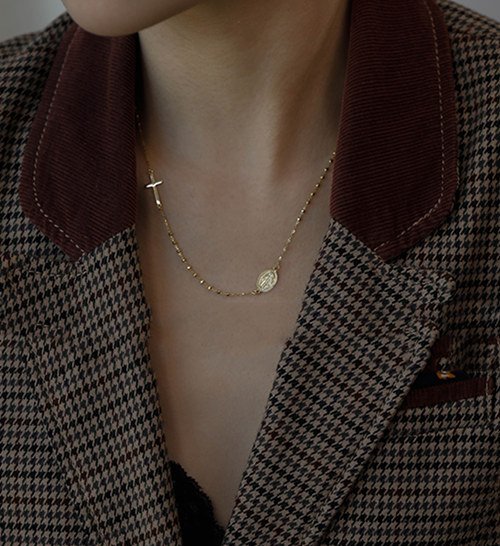 Of course, there are those groups of Christians who find that the design of the cross lying sideways is offensive. This is based on the act that to them the cross is a highly respected symbol of Christian faith and should therefore only ever be depicted in the upright vertical position. Others believe that the cross should only be worn by believers.

Many people, however, view the position of the cross as a unique and artistic take of what the cross symbolizes. It is viewed as an unconventional piece compared to the traditional cross people are accustomed to seeing.

There is no textbook or definite definition of what the sideways cross means. The meanings that have been attached to it are people’s personal beliefs.

For some, the meaning of the cross doesn’t truly matter. Whether the cross is horizontal or vertical, for them the necklace is only a fashion accessory. But if you are interested in the meaning behind this cross, you’ll be happy to know that there are different interpretations for it. 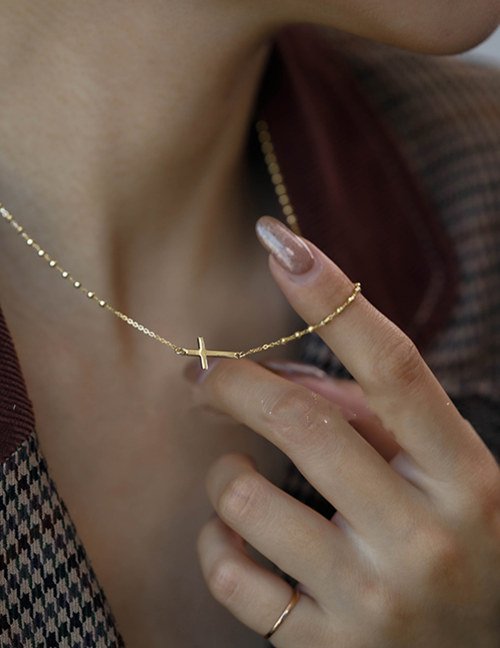 Beginning with religion, Christians view it as a symbol of Jesus Christ completing his salvation. The horizontal position is taken to imply Christ laying down the cross having finished his work.

Those who wear this necklace do so as a sign and declaration that they have taken up and believe in Jesus’ teachings. It is a sign that as devout Christians they should also pick up the cross and continue with the work of the Lord.

To others, the cross is symbolic of the earth lying between heaven and hell. It is said to represent the struggle that humans have when it comes to resisting sin and temptation and living according to God’s word.

It is also an indication that while we are here on earth, true salvation awaits us in heaven upon resurrection on the final day.

Nordic traditions also have a close connection to the sideways cross where they refer to it as the Nordic cross. The cross is noted in the National flags of Norway, Denmark, and Sweden. 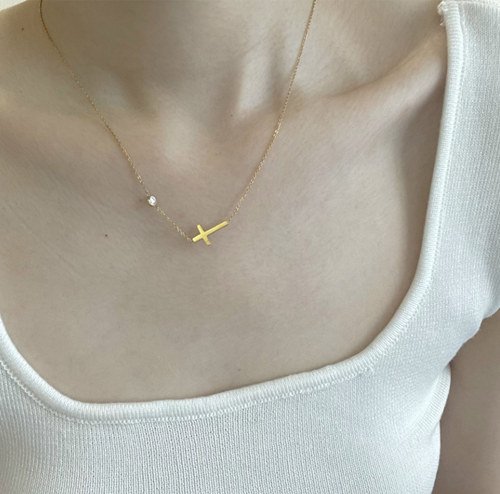 According to the tales, it is said that during battle, the sideways cross flag fell on the Danish, and later on, they won the war.

From then it was taken as a sign of God’s favor on them that allowed them to succeed. In Scandinavia today, people consider the sideways cross, not just a symbol of their faith but also of patriotism and honor. 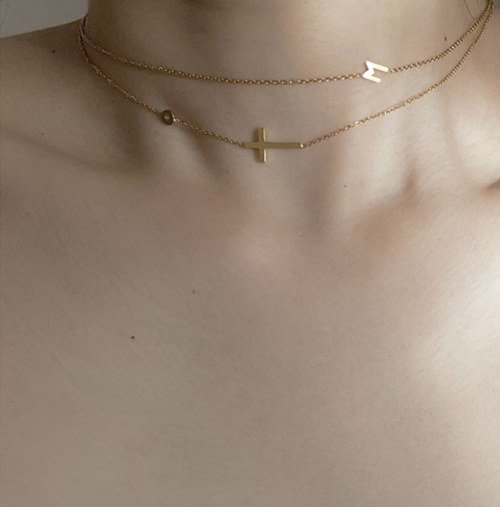 The cross’s position is therefore seen as a reminder of the pain, suffering, humiliation, and sacrifice that Jesus went through for the sake of Humanity’s salvation.

Others see the horizontal cross as the Fallen Cross. It is taken to be a symbol of failure, meaning that Christianity has failed and is no longer a strong influence over the world.

This means that Christians have failed t uphold the work of the Lord. Other’s simply view it as an offensive sign of the traditional upright cross, that according to them should be the only symbol of Christian faith.

Others refrain from attaching or adopting any meaning of the sideways cross. For them, they are just simply following a current trend in fashion that has recently been popularized by different celebrities and influential personalities wearing the chain.

As you have seen, the meaning behind the sideways cross is ambiguous. There seems to be nothing overtly sinful or disrespectful about it.

The majority seem to be embracing it while others are hesitant and unsure of the meaning they hold. Either way, it is no offense if anyone, even those not of faith, wears the necklace.

Like with any piece of jewelry, you can attach your meaning to it and have your understanding of it even if it is different from the rest of the world.