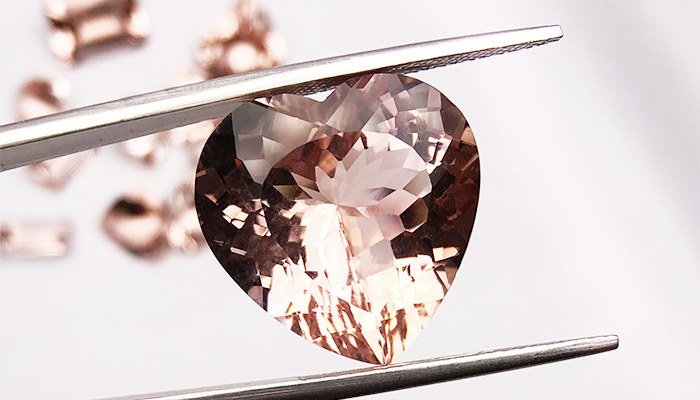 Morganite is the new trend in the jewelry industry especially if you looking for a cheaper and non-traditional alternative to diamonds. This beautiful semi-precious pink stone is the perfect compliment for fair complexions and pairs well with rose gold. But like all jewelry, there is a meaning behind Morganite.

So, what does Morganite stand for? What does it symbolize? In this post we’ll be looking in-depth at what morganite means, including in the spiritual sense, we will also look at the healing properties it is believed to have. 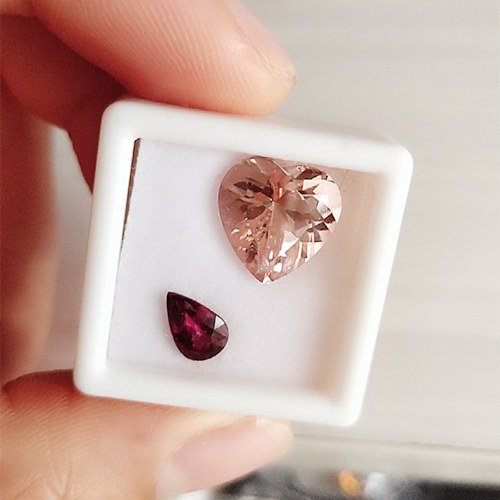 Morganite is a unique and rare stone that occurs occasionally among other minerals. It got its name from Tiffany and Co. who named it after their finest customer, J.P. Morgan.

He was a philanthropic and renown gem collector who financed a lot of the research that wen into discovering new or hidden gems. Aside from being a rare stone, Morganite also carries various meanings and representations. The following are some of the main ones:

Morganite is seen as a reminder that life is peachy and that we should go through it as if we are walking on hair. Its soft pink colors are a representation of inner peace, positivity, and joy in your life. Through its positive energy, the gem is said to improve your self-confidence and personal strength and power.

This pink gem is can be considered as a good luck charm. This is due to the fact that it attracts abundance and prosperity into your life and gives you good luck when you need it. Morganite is believed to also amplify your intentions to the universe and give you clarity in every situation. People who are in business, or are handling money consider this stone a great talisman. 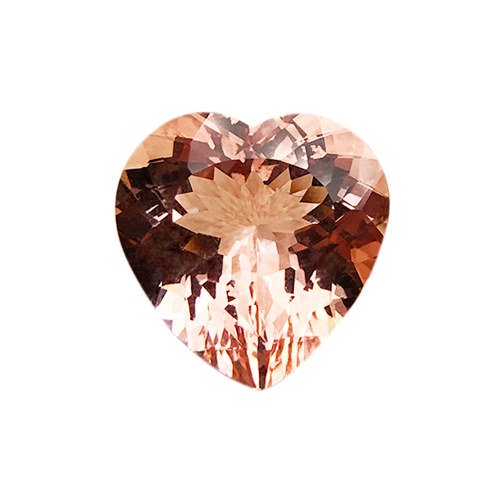 Morganite is at times described as a Divine love stone. Some believe that the stone has the ability to connect you to Divine love by boosting your awareness.

The stone is said to attract an abundance of love into your life. It also keeps the love in existing relationships growing.

It does this by increasing your empathy towards others and encouraging more loving actions and thoughts. Some say that Morganite is also seen as a reminder that we are not alone and that we should appreciate the people in our live.

It is a reminder that love is a gift that should be cherished and shared with others.

What Does Morganite Symbolize In The Bible?

Throughout the bible, there have been mentions of many gems, specifically twelve that keep recurring. Although morganite is not directly mentioned in the bible, it is pa form of beryl, which has been referenced numerous times on the Bible. 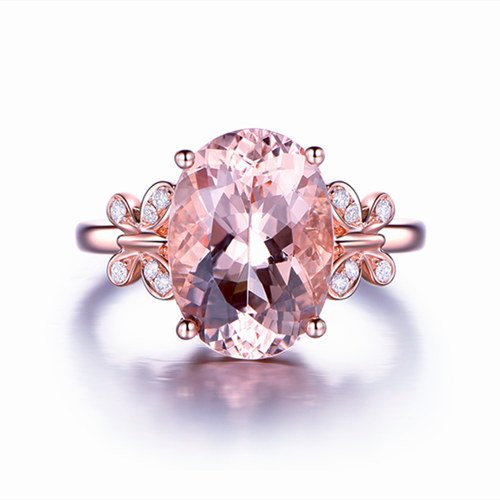 These stones were especially considered to be a representation each of the Israelite tribes. Beryl was said to represent Naphtali tribe. It was mainly associated with happiness and eternal youthfulness. Some also believed that being one of the twelve sacred gems, Beryl had the power to drive away demons and evil powers.

What Are The Healing Properties Of Morganite?

Morganite is considered to be a heart stone and that its linked to the heart chakra. As such, the stone is said to carry a lot of healing properties both within and without. Being a heart stone, Morganite is a nurturer. It helps you open up to the wonders of the world and fills you with self-worth so you are able to stand strong regardless of what you face. 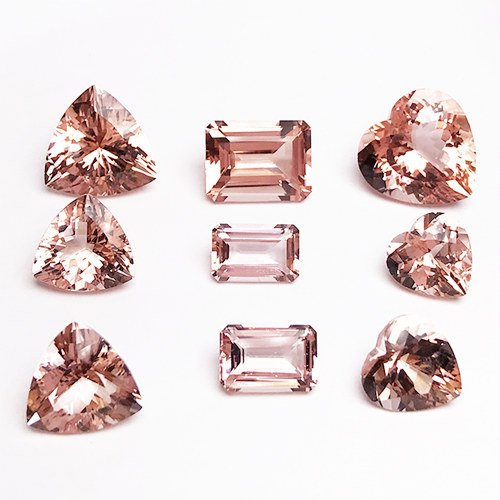 Beginning with the physical sense, being a heart stone, Morganites healing powers are focused on organs surrounding or associate to the heart, like your lungs and your nervous system. For those who are often stressed or tensed, the positive energy of the stone is believed you down and relieve you from anxiety. The stone is also believed to keep the heart in great shape which ensure proper circulation of oxygen throughout your body. As a result, your cells can heal and rejuvenate and respiratory problems like asthma and issues with your thyroids are said to balance. This leads to an uplift of your overall sense of wellbeing.

When it comes to your emotional and mental states, Morganite has a soothing energy that opens up your heart and makes you aware of your emotional need and how to satisfy them from within. The stone also points out the different places the heart needs to heal, by encouraging you to let go of the anger and forgive.

It’s soft pink hue is a reminder of the light and beauty in the world as the stone activates loving and happy thoughts. This way it enables you to be calm and strengthen your inner reserves so you are able to invite unconditional love into your life. Morganite also helps you learn how to communicate and express yourself and your feelings. It helps you find peace even during the heard times.

While increasing your value in yourself, the stone also increases your empathy towards others. It allows you to feel for others which in turn helps you build strong and lasting connections.

What Is The Spiritual Meaning Of Morganite?

In the metaphysical realm, Morganite also carries many meanings. It is seen as a representation of unconditional and divine love and a Higher source of power, or God.  The stone is associated with Angelic communication. By wearing the stone, it is believed that you are connected to higher divine entities. That way the stone helps you find guidance from angelic beings. 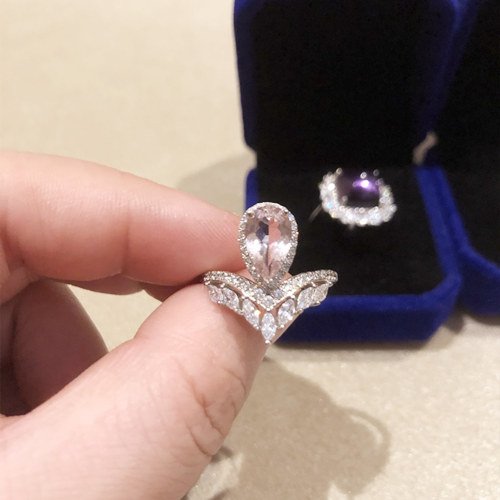 Additionally, the stone is linked to connecting you to your higher self, that is it is associated with spiritual alignment. The energy of the stone is said to elevate your spirit. Therefore, by wearing Morganite, you are able to access and align with your higher sources of love, energy and wisdom. The stone also balances your heart chakra and increases your confidence in yourself and the ability to trust in people.

Even though Morganite is not listed as a traditional birthstone for any zodiac signs, it is said to favor anyone born between the months of November to October. That means that the stone is suitable for individuals who are either Cancer, Taurus, or Pisces. The stone is said to perfectly match the playful, empathetic and romantic energy of Pisces. It is also said to heal the stubborn nature of Taurus by softening the edges that tend to be too hard sometimes. As for Cancer, the stones helps in the resolution of their emotions allowing them to express themselves openly and honestly.

Overall, Morganite is an interesting stone with many meanings and amazing healing properties. Its general association is with calmness and positivity.

It also attracts an abundance of divine love in your life and reminds you to cherish it. It’s a great stone of you have difficulty understanding and expressing your emotions, or if you are going through a trouble relationship or trying to resolve a past one.