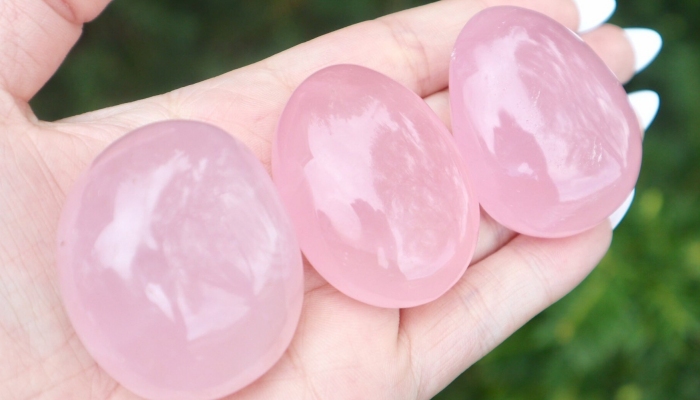 If you are looking for love and have been researching ways of attracting love or maybe ways to love yourself more, you’ve come across crystals meant to bring and nurture love. One of these is rose quartz, also referred to as the love or heart stone.

This crystal is plucked from deep in the earth’s crust’s surface; like many other crystals, rose quartz is full of energy and will help in healing.

It is considered the most powerful love crystals thanks to its power to enhance your mental well-being making you feel happier and more receptive to love.

You should easily identify the differences between real and fake rose quartz. 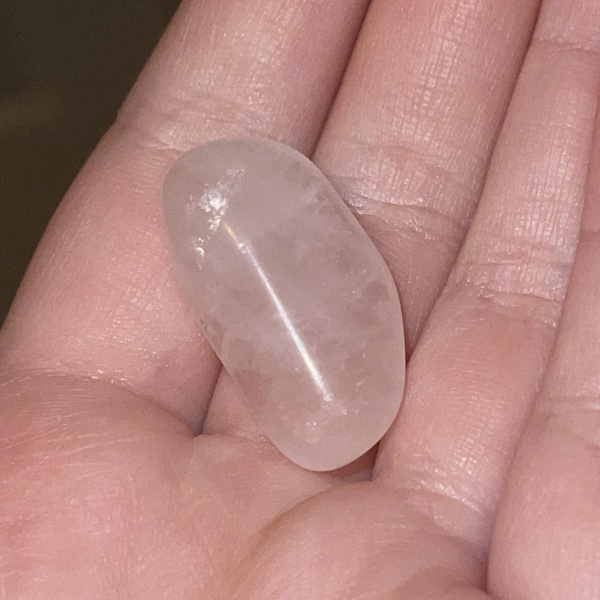 Essentially, genuine rose quartz is known for its light or soft pink color and, in other cases, an almost white hue, especially for the smaller pieces. However, the pinkish hue tends to range from a medium to a dark pink hue for the larger pieces of rose quartz.

So, if you come across rose quartz crystals with vivid pink color and are transparent, that crystal is probably a fake.

This is important to note because rose quartz isn’t transparent, while the fake stones are transparent since they are lab-created and often inclusions-free.

Real rose quartz has inclusions, so it looks foggy and scratched. In other words, fake rose quartz is picture-perfect and transparent. 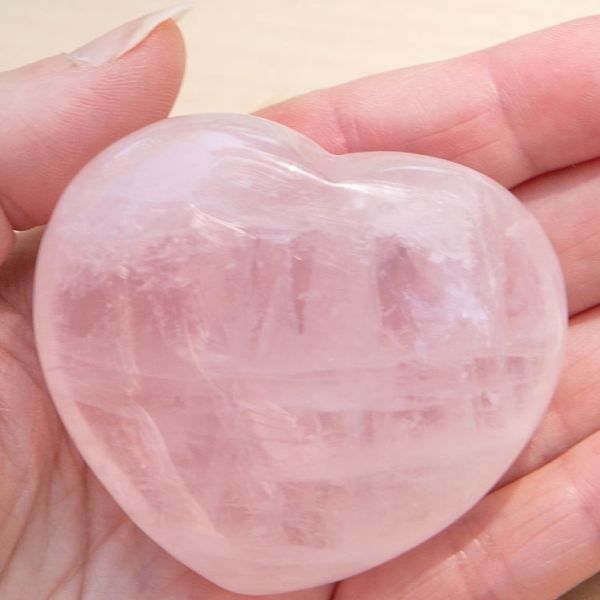 Rose quartz is the most popular type of quartz from the quartz family, with a translucent color.

It has a pink hue but is not perfectly clear – it looks a little hazy and cloudy. The color hues of rose quartz range from a soft peach color to more vivid pinks and, in other cases, purples.

The color of the rose quartz comes from the fact that the quartz consists of iron, manganese, and titanium in varying degrees. It is also relatively hard, scoring 7 on the Mohs hardness scale.

It also features inclusions, meaning that real quartz is never clear. Also, you can tell that the quartz is real because it will have no air bubbles.

How to tell the difference between real and fake rose quartz

So, what are the differences between real and fake rose quartz crystals? 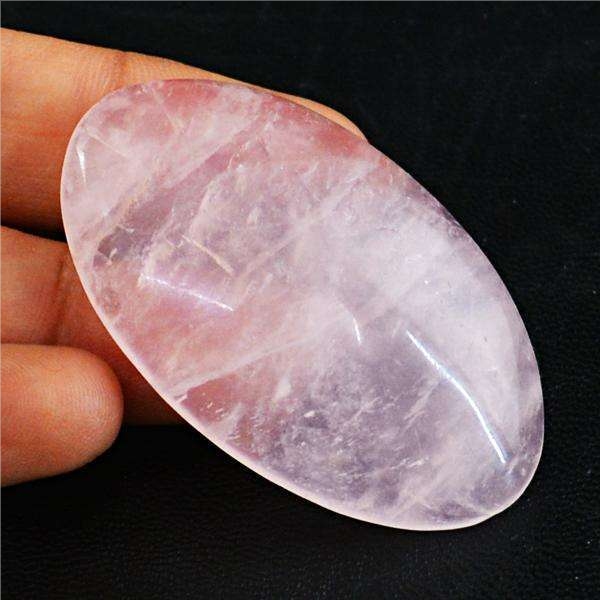 Though this temperature difference isn’t really drastic, it is rather noticeable. And after wearing the crystals for some time, they will warm up and even get super warm if placed under the hot sun.

Like clear quartz, rose quartz has its own temperature and energy and is naturally cool to the touch. If the crystals are fake, on the other hand, they will mimic the environment’s temperature because the fakes don’t produce any energy and mimic the temperate of the surroundings. 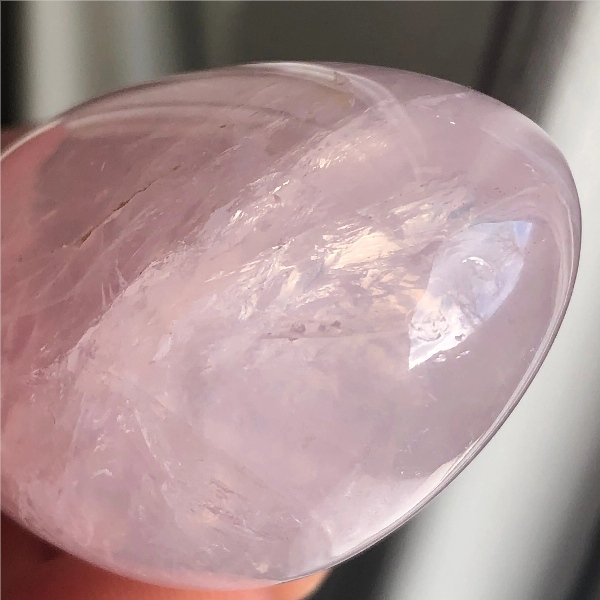 One of the most important features that guide you and tell you if the crystals you are looking at are fake or real rose quartz crystals is by looking at the crystals’ transparency.

For the real crystals, you should look for imperfections, noting that the genuine rose quartz crystals contain microscopic mineral inclusions, hence a cloudy and milky, more translucent look.

Genuine rose quartz crystals are in, on very rare occasions, transparent. Most of the transparent crystals are fakes – these crystals are picture-perfect, and you know what they say; if it looks too good to be true, then it probably is. 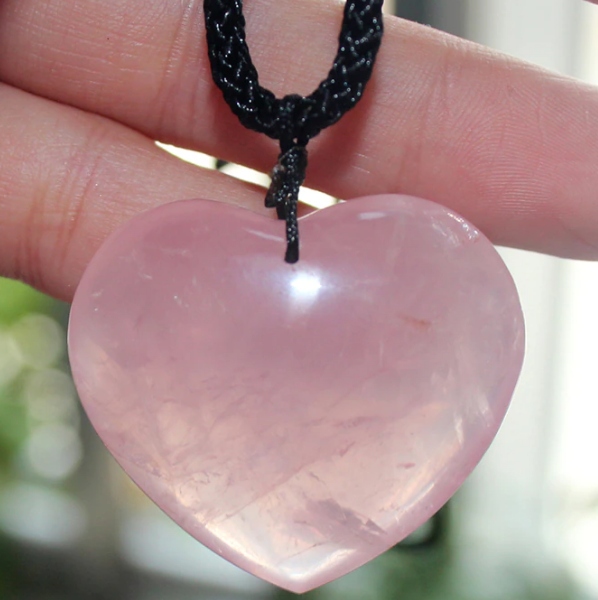 Rose quartz crystals can be replicated quite easily, but a visual inspection of the crystals will reveal whether the crystal is fake or genuine. The presence or absence of bubbles will point you in the right direction regarding the state of the crystals. 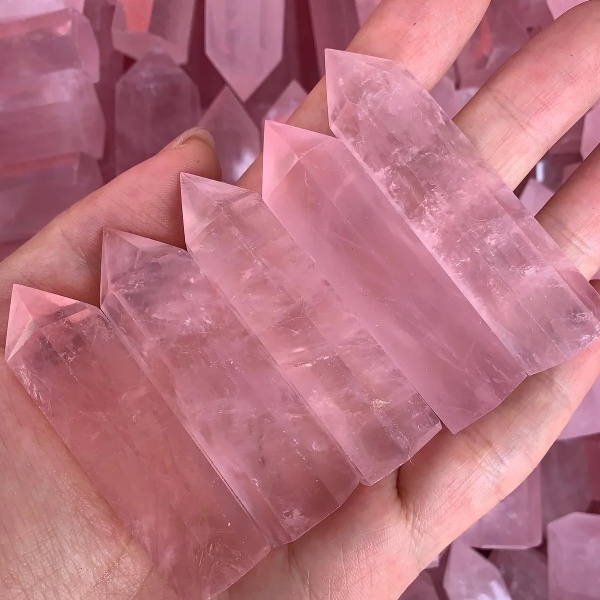 So, if the crystals feel soft and can be scratched easily with a piece of glass or a steel file, then it’s a fake. It doesn’t take much effort to scratch fake rose quartz. This real crystal will scratch glass thanks to the hardness of genuine rose quartz crystals. 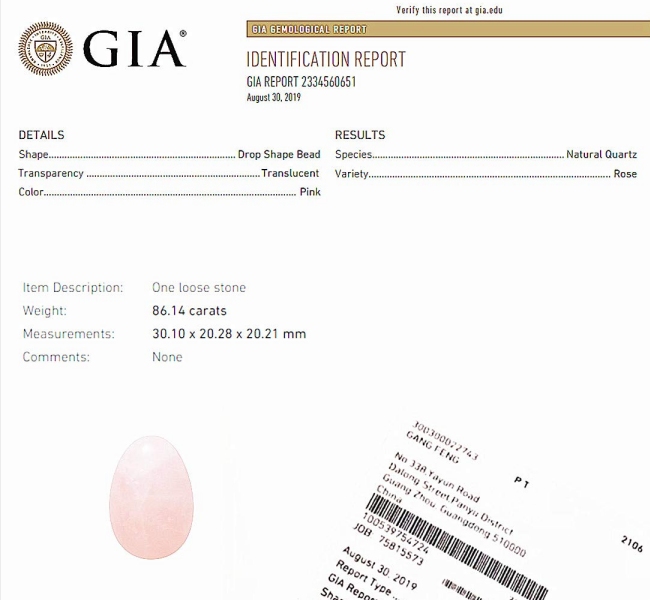 If you are buying crystal jewelry from experts, you need to ensure that it is certified by a renowned organization like the GIA.

The GIA certification for the rose quartz crystal assures you of the stone’s state and the fact that it is genuine. So, to avoid buying fakes, ensure that the rose quartz is certified by the GIA. 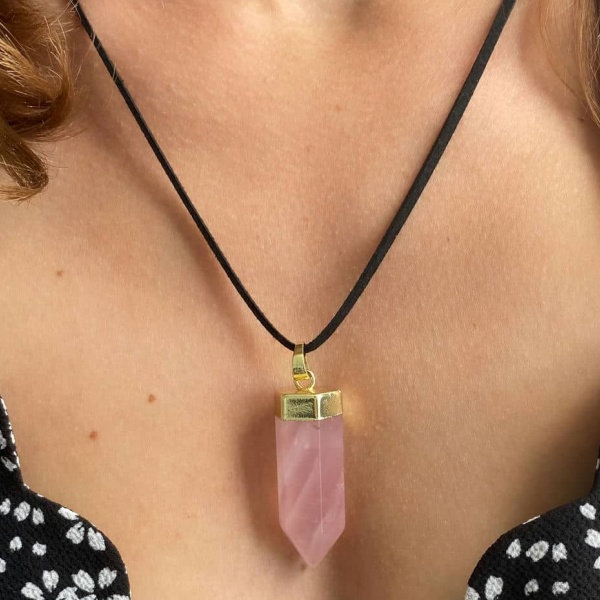 Genuine rose quartz is much heavier than crystals made of glass, which is why the larger pieces of rose quartz feel very heavy when you hold them.

And a bracelet or necklace with rose quartz feels quite heavy, especially for pendant necklaces with bigger crystals.

This is what you need to know about real and fake rose quartz – the real crystals have no air bubbles, they have a pale pinkish color, they tend to feel heavy, and rose quartz can scratch glass. It is also imperfect, with inclusions, chips, and fractures.