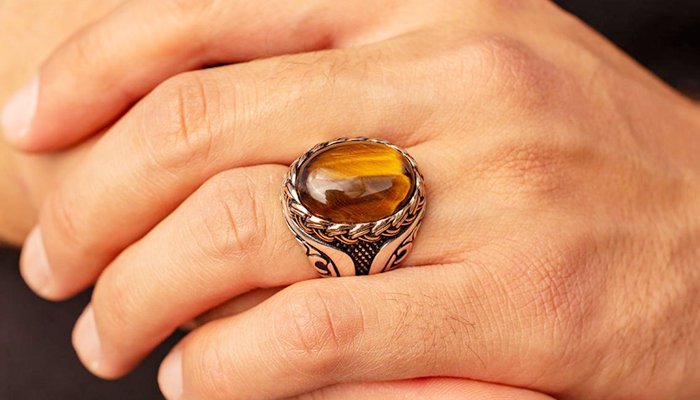 Did you know that the tiger’s eye, which has for the longest time been attributed to the actual king of the jungle or the tiger, is one of the most important stones or a talisman that represents strength, prosperity, and that it’s also a talisman that has been used since the earliest days of human civilization?

It is possibly because of the long history that is associated with this stone that it has been used or incorporated into different types of jewelry. Today, you will find the tiger’s eye stone incorporated into bracelets and rings, among other kinds of jewelry. As you may know already, the tiger’s eye bracelet proffers its immense benefits to the wearer, but only if the bracelet is worn on the right hand. 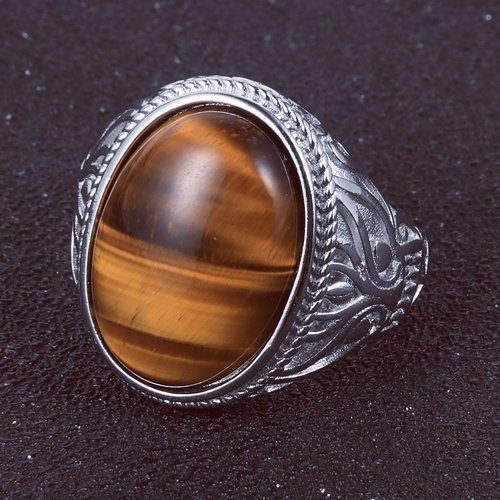 Some important facts that are associated with the Tiger eye include the fact the Roman soldiers are reported to have worn the engraved tiger’s eye for protection in battle, and today, the stone is still used because of the protective benefits that it is believed to offer.

And, legend has it that the stone has the power to improve the level of clarity for the wearer, and if you run a business, the stone goes a long way in making sure that the business is successful. Also, it is the planetary or birthstone for Geminis and also the acceptable stone for people celebrating their 9th wedding anniversary.

But these are not the only benefits that the tiger’s eye stone is known for. This semi-precious stone is a variety of quartz crystals, and it exhibits chatoyancy which is the vertical luminescent band that makes the stone look like the tiger’s eye. 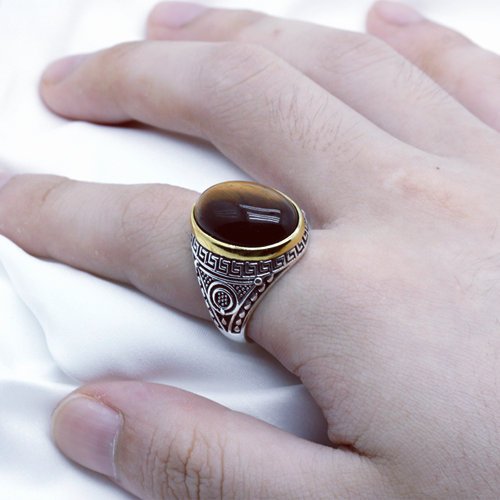 And like other ‘feline’ stone rings with depictions of panthers, lions, tigers, and even the wild and the domestic cats, the meaning associated with the ring depends on the animal that the stone depicts. The tiger’s eye, as mentioned above, represents stamina, courage, speed, strength, and also grandeur. As a result, the rings with this stone depicted are often worn by men as the man’s declaration of his superior status and confidence in his capabilities, as well as his strengths. Therefore the ring is a suitable choice for well-off and strong men.

There’s also a belief that the tigers patronize the married men, and the men inclined to wear the tiger’s eye ring do that to reveal their wild side, which is synonymous with the side of the predator cat. Essentially, the tigers are portrayed as the roaring predatory animal known for their predatory grin and the fact that the tiger is always ready to pounce on their prey. These are the images that symbolize an internal threat that anyone wearing the ring tends to project. Since men tend to suppress their competitors physically, this animal instinct is seen in how and why the men still gravitate towards objects that represent the aggressive animals.

When it comes to women, however, the opposite is true. Women not only choose the more relaxed images of the big playful cat or even the sleeping one resting on their elegant fingers. These rings on women’s fingers point to the independent and unpredictable nature of women, which also matches the features of the tiger’s temperament. 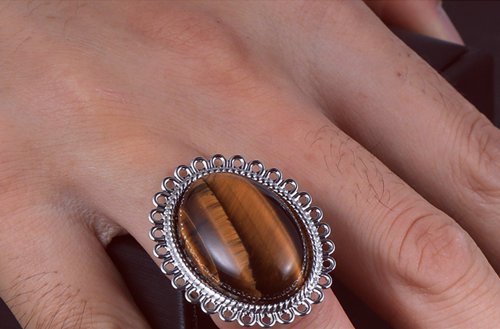 While the tiger’s eye is associated with rage, strength, courage, and also more masculine energy, the stone is associated with soft qualities too. To show this, pregnant women in South Asia and Thailand wore the tiger’s eye ring as an accessory or an amulet that would protect mother and child when the father wasn’t nearby. Stone would save the pregnant woman from any kind of adversity.

Girls who wear the Tiger’s eye rings do that to emphasize the duality of the feminine spirit. It is not surprising to learn that women tend to have the most mysterious personalities. So, the stone’s black stripes symbolize dark forces, magic, hidden energies, or some kind of mysterious phenomena. On the contrary, the light golden stripes represent light energy and the sun. So, the combination of the dark and light stripes, as is seen on the cat, means that the cat is a loyal companion for that mysterious woman.

The tiger’s pose on the ring is also important. But sleeping tigers, which are the most common, represent home, peace of mind, and the world. The tiger cub is also common and highly sought after by women because it symbolizes a woman’s love for her children, as well as her willingness to protect her cubs. 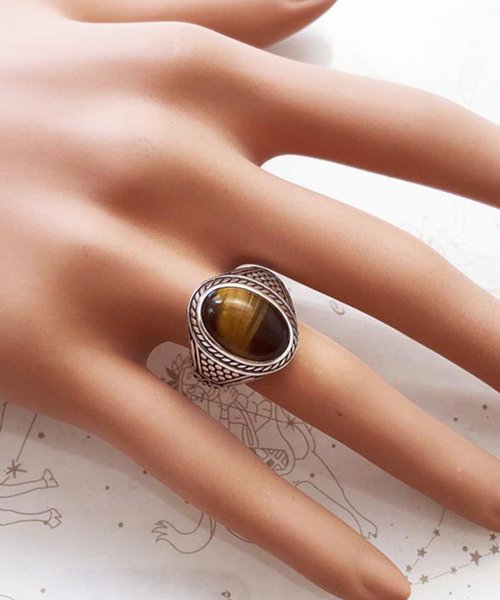 How to wear a tiger eye ring 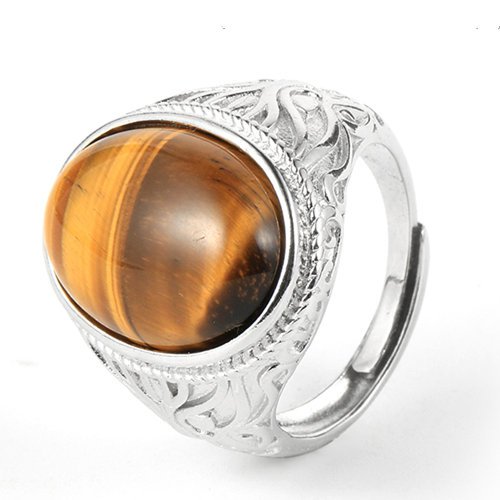 The tiger’s eye ring comes in different shapes and styles, and there is an ideal stone for everyone.

To look great and enjoy the benefits of the stone, most women wear it as a ring on the ring finger, on your dominant hand, where it will keep your energy levels closer to your lower chakras for maximum efficiency.  You just need to make sure that the stone is within reach.

Oh, here is another topic you might be interested in: who should or should not wear tiger eyes ring?

Like the bracelet, the tiger’s eye ring is all about courage, strength, high self-esteem and confidence, clarity, good energy, and also self-dignity, patience, tolerance, and also healing (spiritual, physical, and emotional). Worn on the right hand, you will experience all these benefits and look good while at it.