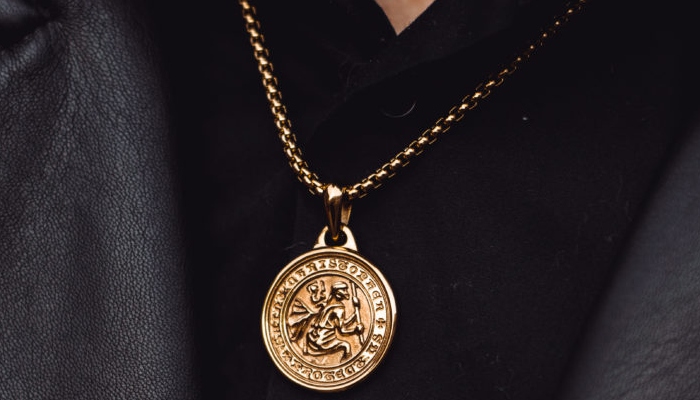 The St. Christopher saint medal is a legendary piece whose legend/ story has been passed down generations for centuries, and it remains an iconic piece that holds a special place in the hearts of the human race around the world, particularly for Christians.

And like any other legend, there is a bit of mystery around it. However, despite all the different stories about the St. Christopher’s necklace, the one thing that this saint medal is known for is the fact that the saint medal of St. Christopher is the patron saint for travelers.

His patronage is believed far and wide, and so are all travelers, from mariners to explorers, surfers, and drivers. This medal is also quite popular among heroes of the Christian (Catholic) Faith.

But what’s the real story about the saint medal of St. Christopher?

The History behind the St. Christopher necklace 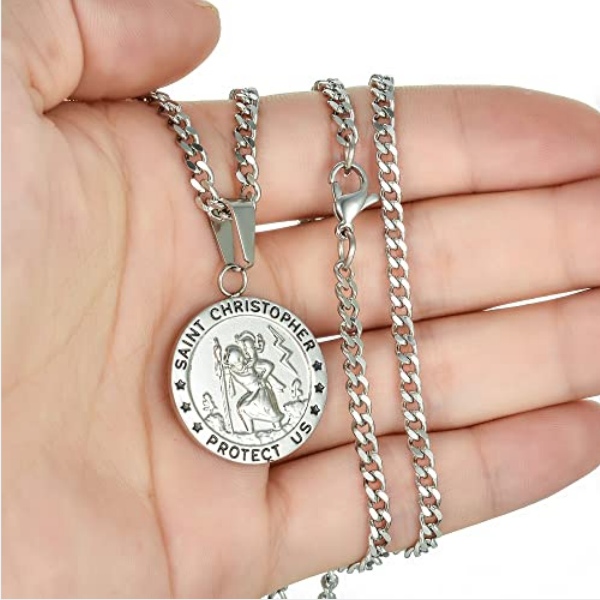 St. Christopher’s saint medal necklace is a historical piece that, as discussed above, is one of the most iconic stories about the powers of the necklace and the saint medal and how it’s helpful to travelers.

However, one of the most historic and iconic stories about St. Christopher is that the saint was a man of giant stature and also size, and some think that he was as big as a giant. St. Christopher demonstrated great devotion to Jesus Christ, and using his strength, he helped many travelers cross a very dangerous river – to do this, St. Christopher carried travelers across the impassable river, safely delivering them to the other side. 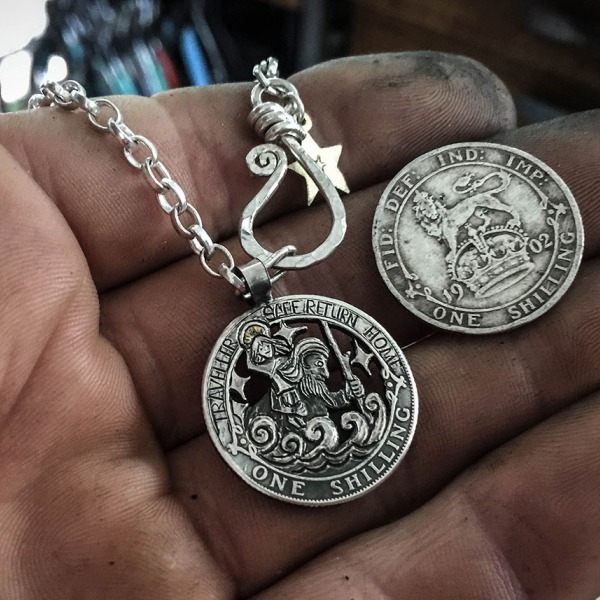 One day, a little child asked St. Christopher to carry him across the raging river, and he agreed, setting out to cross across the river with this child on his shoulders.

But as he started crossing the river, the child only started getting heavier on his shoulders, and it ultimately became tumultuous for St. Christopher to carry the weight of the kid, but thanks to St. Christopher’s efforts, he successfully crossed over to the other side, delivering the kid safely.

After this event, St. Christopher noted that when crossing the raging river with the kid, it seemed as if he was carrying the whole world’s weight, but that weight couldn’t be as high or as heavy as the child’s. 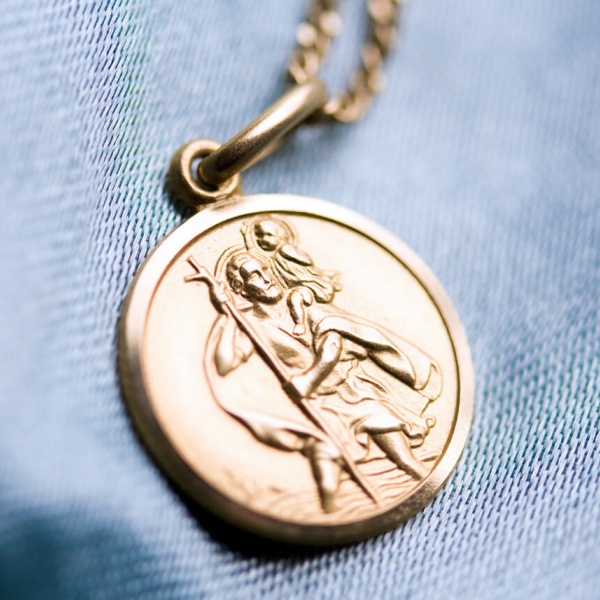 And that the child had revealed himself as Christ Child, and he told St. Christopher that he’d actually carried the full weight of the world right on his shoulders.

But that is not all; in Greek, the name Christopher is said to translate to Christ-bearer, which may refer to the legend of the giant St. Christopher carrying the child across the raging river.

Unfortunately, people find it quite mysterious that St. Christopher wasn’t depicted in the Bible. Also, more details of the saint’s life are missing, perhaps because the legend and the details change because of changing traditions and storytelling.

Through the years, the river-crossing story has been the story that St. Christopher has been a well-known story for the Saint and has since been regarded as the patron saint of all travelers. St. Christopher is also deemed a symbol of protection and safe travel. 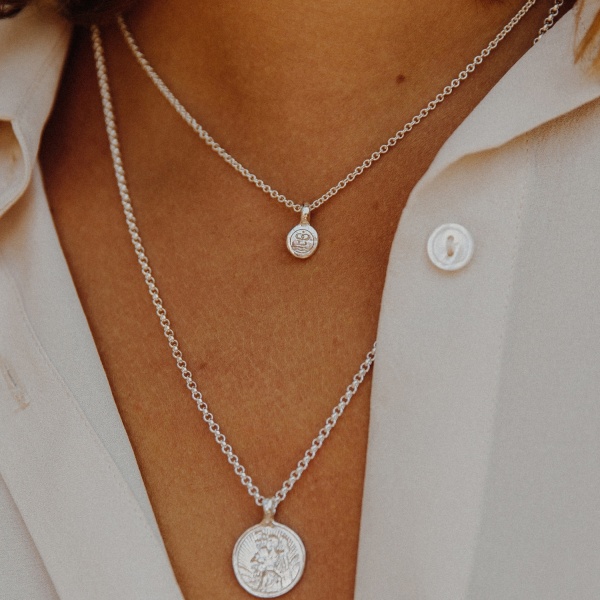 He also became the symbol of protection for travelers, and many churches placed statues and images of St. Christopher in prominent areas that can be seen easily, again to protect travelers.

Notably, in the Middle Ages, St. Christopher was also a very popular patron saint for travelers, and to date, the tradition lives on. And so, throughout history, St. Christopher’s legend lives on, and its been featured in numerous sculptures and paintings.

There also are religious concepts popular during the Renaissance, and St. Christopher was featured to a large extent, with stories created by artists like Giovanni Battista Piazzetta and Hieronymus Bosch.

What is the Meaning of the Saint Christopher Medal? 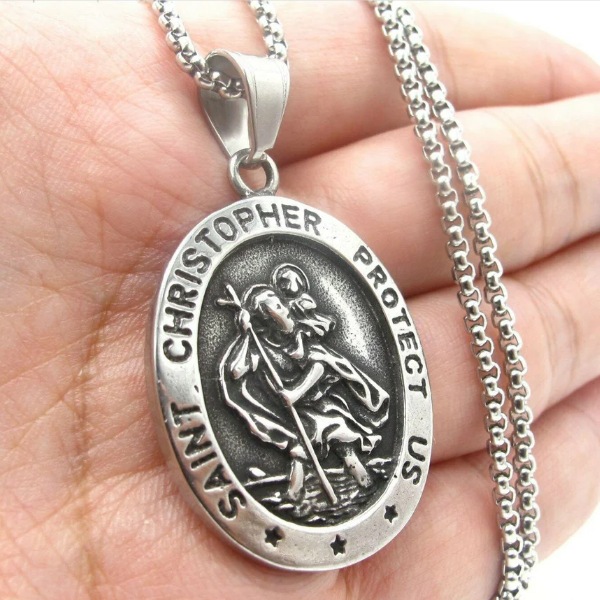 The medal is worn as a pendant necklace, a simple bracelet charm, or a keychain. The medal is also available in different colors and styles, but the bottom line is that they are all important medals that depict the legend of St. Christopher.

The medal has a large, bearded man portrayed on it, holding a staff, and carrying a little child on his shoulders, crossing a raging river. For believers of the Catholic faith, wearing this saint medal represents the wearer’s devotion to St. Christopher. 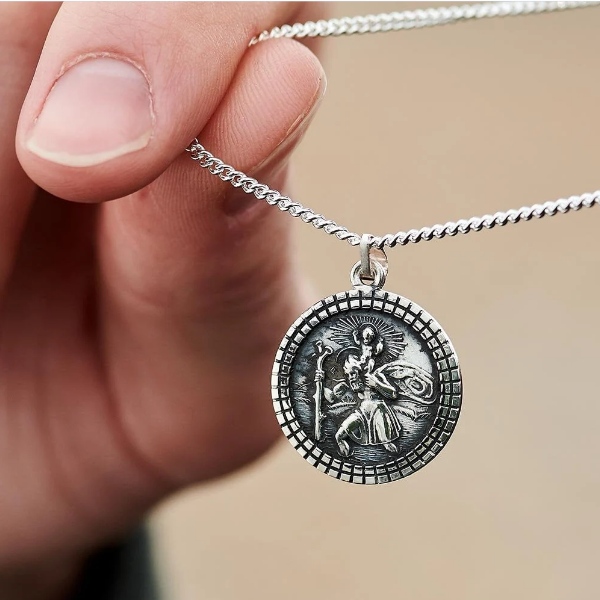 Also, the medal is worn because it is believed to offer protection to the wearers when traveling. The medal also represents overcoming obstacles and adventure and is worn as a form of talisman that keeps the wearers safe.

As mentioned above, the medal depicts a man, Christopher, a brave, strong, tall, muscular, or even burly man with broad shoulders and a big beard.

This man is seen carrying a child across a raging river, and despite it turning out to be a tumultuous act, he makes it across the river safely, emerging on the other side. 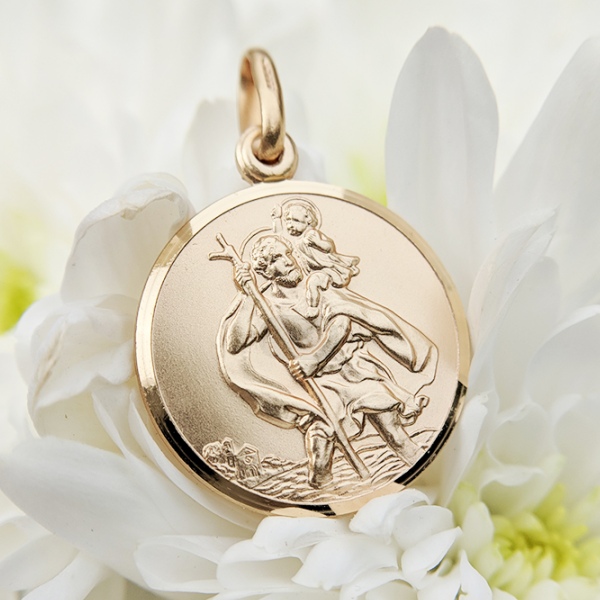 The river, on the other hand, represents adversity or even threats such as harm. St. Christopher crossed the dangerous river and represented a helper, an intercessor, and an advocate that is believed to look after travelers’ safety while traveling.

So, with all that in mind, it makes sense that the medal and St. Christopher’s saintly medal are considered the patron saint of all travelers.

What does Saint Christopher protect you from? 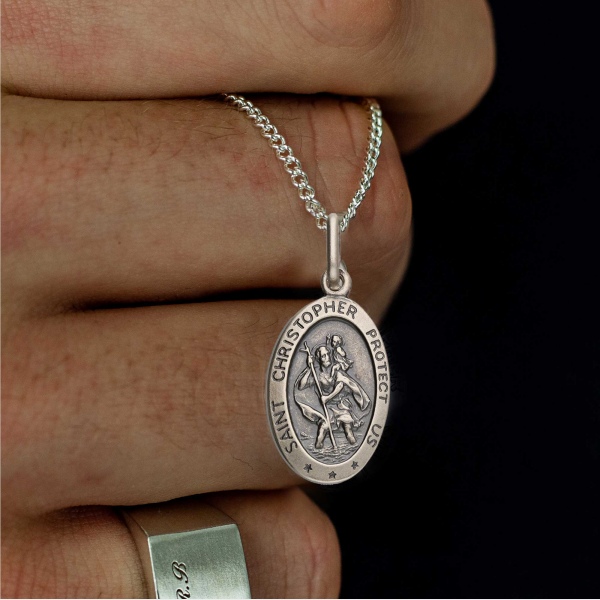 This is the reason why mariners and sailors often wear the medal. It also protects drivers and explorers, as well as surfers. 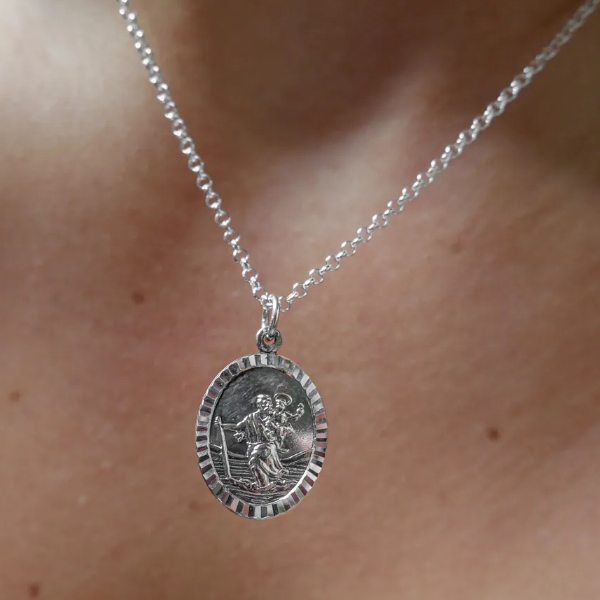 Who to Gift a St. Christopher Necklace? 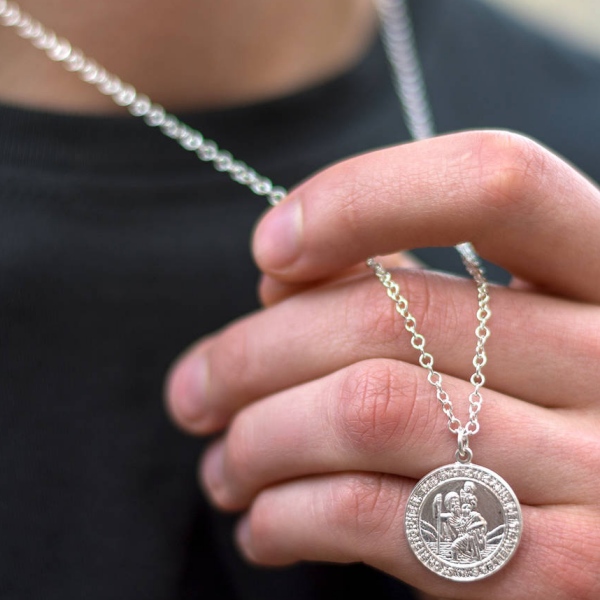 You can gift the necklace to: 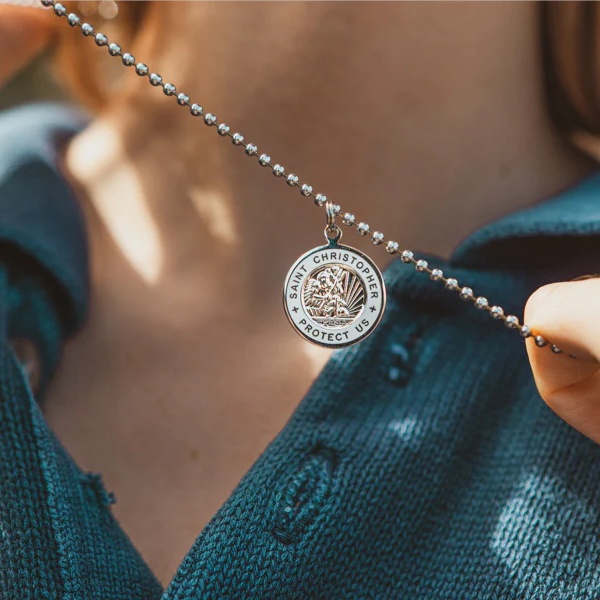 This is a popular medal necklace, but you should think about how it will look on you. The important tips to bear in mind are as follows:

The St. Christopher medal is an important religious symbol believed to be a protector of travelers, especially at sea, but also from all over the world. This medal is the most popular of saint medals.