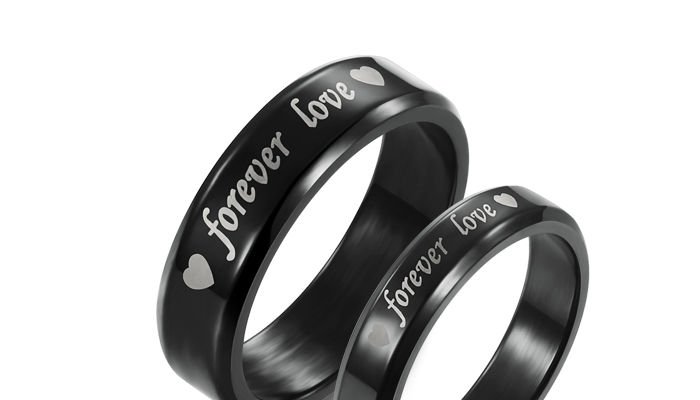 A promise ring is a symbol of love. This ring can be worn on any ring, and it is a representation of a couple’s commitment to each other or the relationship.

In this question, we’ll take a look at everything you need to know about promise rings, and what it means to a girlfriend. So, keep reading to find out more about the promise ring.

What is a promise ring?

While there often is a lot of confusion about the difference between promise rings and engagement rings, there are some differences between these rings, and we’ll help you learn the differences here.

For most couples, a promise ring is a symbol of love and commitment.

For most couples, it is the promise made by couples to be engaged someday, at an unspecified time, for example, when their finances have improved, when an overseas school or career stint is over, after graduation, etc. 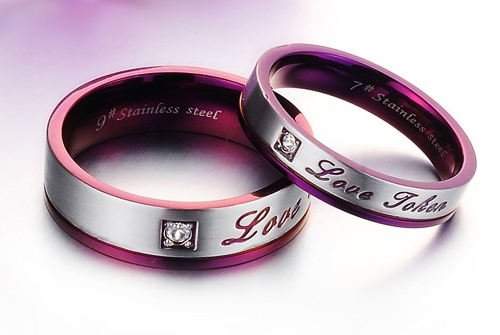 But where did the promise ring originate from?

The promise ring dates back to the Late Middle Ages between the 13th and the16th centuries when men gave girls posy rings as their token of love to make them aware of their romantic interests.

These posy rings, a name derived from the French word poésie, which is French for a poem or poetry, were inscribed with different romantic phrases depending on the message you wanted to send out.

Some of the inscriptions would include ‘Love conquers all things’ etc. The inscriptions on the rings were meant to reflect on the giver’s literary giftedness or their level of education.

The rings in these eras were set with elaborate gemstones, with the first letter of the gemstone spelled to mean or relay a secret message.

For example, rings with lapis, opals, verdelite tourmalines, and emeralds put together would mean/ spelled out to mean ‘Love.’ 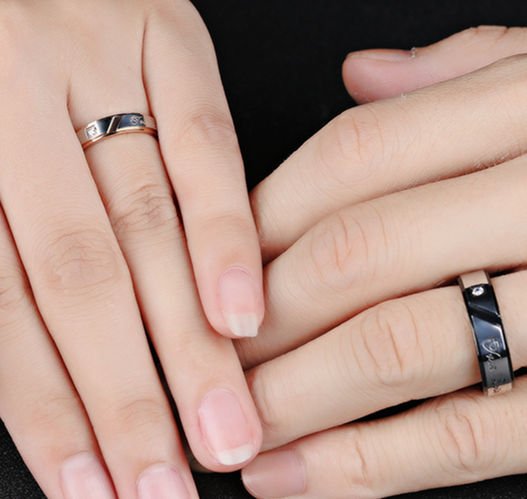 What is the point of a promise ring?

Though the meaning of promise rings vary depending on couples, the promise ring, when exchanged, generally signals the commitment the couple has made to each other, specifically, to remain exclusive.

Generally, the promise ring is used to tell the outside world that their relationship is rather serious and that what they have isn’t just a momentary infatuation.

Also, the promise ring is a beautiful proclamation of the love shared between the couple and their devotion to each other. It is not, however, not an indication of the partners’ marrying intentions.

The promise ring is the symbol of the couple’s promise to take their relationship seriously. It further symbolizes love and hope for that relationship and its future development. It doesn’t, however, promise marriage as an engagement ring would.

Are promise rings a good idea?

It depends. The promise ring might be a good idea for some couples, but it isn’t ideal for others. The truth is that not all couples are in serious relationships that would possibly lead to engagements, or they are just not ready to be engaged. 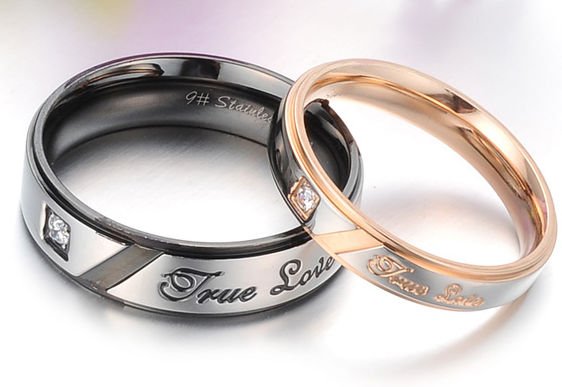 Such couples are committed to each other, and they are also faithful. In such scenarios, the couple would prefer a promise ring to symbolize their love and commitment to each other.

It should be noted, however, that the promise ring is not for everyone. People have different opinions about promise rings, and not everyone likes the idea of promise rings.

For some people, the idea of a promise ring makes no sense ad it would be better to save up and buy an engagement ring instead. The reason for this is that the promise ring symbolizes that someone will be faithful and loyal, and making this promise is pretty much the same as making the promise through an engagement.

Would it be okay to say that promise rings are just a fad?

Well, the answer to this depends on individual beliefs. While the promise ring was quite popular in the past, they are no longer popular, and we don’t just do see enough of promise rings anymore.

Therefore, it’s not absolutely necessary to have the promise ring. If you want to read more, this post is just for you.Are pormise rings a good a idea or a bad idea?

What does a promise ring mean for a girlfriend? 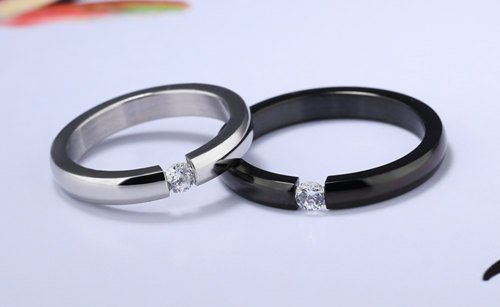 The promise ring, as the name suggests, represents the promise of love made between two people. The meaning of the promise made using the promise ring differs from one person to the other, but it largely signifies a potential future engagement.

Giving the promise to your girlfriend often means that you are not ‘just’ dating. It is a physical symbol of your relationship and what you choose to show the outside world.

Giving a ring to your girlfriend could also be the representation of your romantic relationship, the promise of commitment, and fidelity.

It often precedes the engagement, but that isn’t always the case.

What does a promise ring mean from a boyfriend?

Some of the reasons why men give their girlfriends promise rings are as follows:

He is in a new relationship, and it could still be too early to get engaged or married.

Do both people need a promise ring? 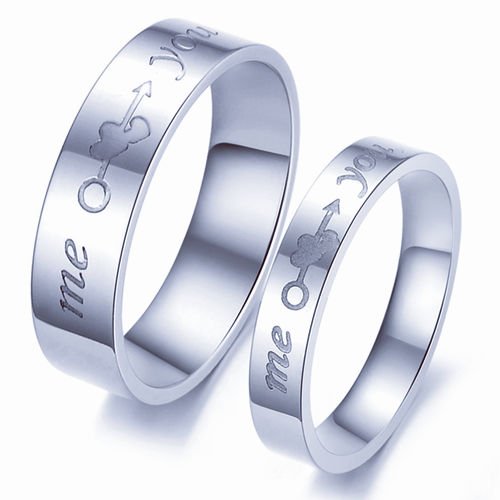 The reason for this is that unlike an engagement ring that’s more a confine for women, the promise rings are ideally worn by both men and women.

Most of the time, couples will wear matching promise rings.

Other couples will, however, choose a promise ring to match their partners’ personalities rather than opt for the matching ones.

What is a good time to get a promise ring?

The ideal time to get or give a promise ring would be at a time when you feel very comfortable with the relationship and when you are serious about your intentions.

When you are working on bridging the gap to marriage, say, around 4-6 months. This is a good timeframe. A year or longer would be too late for her to get the ring at the time unless you are planning to propose to them.

Otherwise, you would be sending mixed/ wrong signals.

If you are too young to propose and get married. But while there really isn’t a wrong time for this, getting the promise ring no less than 2 months would be ideal.

In extreme or rare cases, and if neither party to the relationship wishes to ever get married, then the promise ring would be ideal.

On which finger do you wear a promise ring?

Generally, the promise ring could be worn on any finger because what matters is what the ring means rather than how the ring is worn, which means that there are several options to keep in mind when wearing the ring.

The promise ring is a symbol and promise of commitment, and in most cases, it precedes an engagement. As a result, most of the couples that prefer wearing promise rings would do that with the traditional thoughts of what’s thought of as a wedding ring as the ring that goes into the left ring finger. During the exchange of engagement rings, the promise ring would be moved to a different finger.

But there is an important thing to keep in mind the different sizes of your ring fingers. If, for example, the ring on your left-hand finger and the finger sizes differ, you may want to think about the cost of the ring, especially if the promise ring is pricey.

Resizing is expensive too, and you don’t want to think of resizing promise rings when you also have to shop for the engagement and the wedding bands afterward.

If you are wearing the ring as a pact or a promise of purity,  then the left finger would be more ideal for the promise ring.

So, if you are concerned about getting the ring resized, later on, wearing the ring on the right ring finger might be a good option for you.

Besides the right and the left ring fingers, you could also wear the promise ring differently; for example, the ring could be worn as a pendant around your neck and as a charm bracelet. Some couples opt for other alternatives like other types of jewelry or specific kinds of photographs.

There’s also the fact that the promise rings come in different styles and designs, which means that if you are wearing the promise ring as an engagement ring, you could wear the ring on either the left hand or the right hand to symbolize the level of commitment you have to each other and to the relationship.

There are people who don’t wish for their promise rings to be confused with their engagement rings, and they choose to wear the promise ring on the middle finger, on their left hand, as an alternative to the right-hand ring finger or the left ring finger.

Generally, the choice is entirely yours.

Promise rings are not as common or popular as they used to be in the past, but it’s still trendy among some people. If you are into promise rings, we hope that the information shared above is comprehensive and helpful to help you find the right promise ring for your girlfriend.

The rings come in different styles and designs, from the heart-shaped bands to the gem-studded rings and the simple metal bands.

Also, there are no rules, and you get to choose whichever promise rings you like and wear it on whichever finger you’d like.

At the end of the day, the ring is just about you showing your commitment to each other.