What Does A Princess Crown Ring Mean?We call them queens. Because even though there are many other adjectives we could use to describe women like Bold, beautiful, courageous, or powerful, the truth is that women are simply queens.

With hearts as big as the entire world, and shoulders strong enough to carry the weight of their world and who they love, women are just magical human beings. And you know what, every woman in your life is a queen, and you know what every queen needs, the best of princess crown rings.

If you have been looking for something to celebrate that wonderful woman in your life, you might want to get her a princess crown ring. This crown ring, unlike the crown that goes on the head, is more practical, and since she needs to feel like a queen all the time, how about getting a princess crown ring instead?

But there is one catch, there are different types of crown rings, and some may be a preserve for a few, and since the last thing you want to do is to get it wrong, this article is here to help you make a perfect choice. So, let’s get right into it. 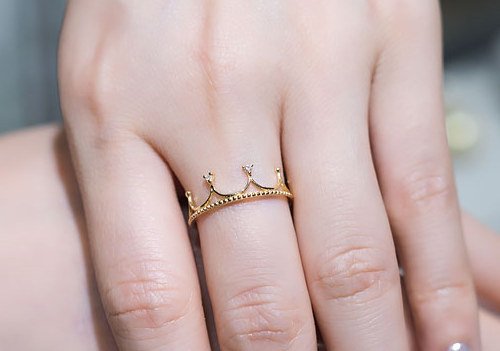 What does a princess crown ring mean?

Of course, we have to start with the basics – what is a princess crown ring, and what does it mean?

The princess crown ring, better known as a Claddagh ring, refers to the beautiful Celtic jewelry that is also one of the most recognizable accessories from the Celtics. The Claddagh ring, which goes by fáinne Chladaigh in Gaelic, is a ring associated with the Irish, and it holds a lot of meaning in Celtic customs and cultures. It’s also worth noting that The Claddagh ring belongs to the European group of finger rings referred to as the Fede rings or faith rings. Fede is derived from the Italian phrase, mani de fede, which means hands joined in faith or hands joined in loyalty. They date from the Roman times when the clasped hands symbolized pledging vows as they were used as wedding or engagement rings in Renaissance and Mediaeval Europe.

But what makes the ring unique and meaningful? Or rather, what’s the meaning of the princess crown ring?

The meaning of the ring is tied to the ring’s design features, and what makes the princess ring unique is its three main symbols, the crown, the heart, and the band. The ring’s band is uniquely finished with two gently cupped hands that hold the heart, and then you have the intricately designed crown that rests above the heart.

These three elements of the ring have different meanings. The heart is the ring’s central feature of the ring, and it represents love. The crown comes next as the traditional symbol of royalty, and it often represents loyalty. Finally, you have the hands holding the crown and the heart, and these represent friendship.

Now, while historians trace the original Claddagh ring designs to specific parts of Ireland, there is a wide range of Claddagh ring styles around the world today.

Notably, some of the Claddagh rings feature a heart that’s made of precious stones, while several other princess crown rings feature intricate bands with more of the Celtic imagery.

However, the appearance of the ring is generally dependant on what the ring-wearer needs. Today, the Claddagh rings are ideally used as wedding bands and engagement rings.

The history of the princess crown ring 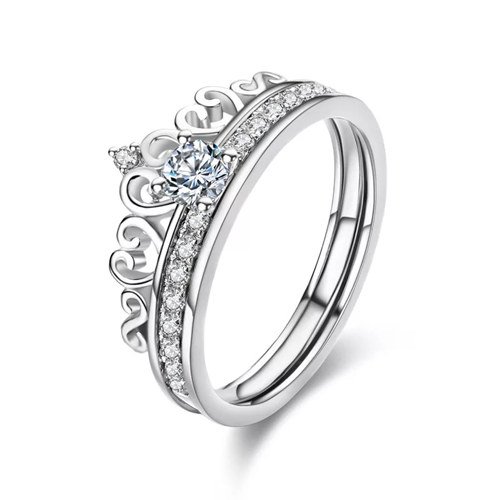 The Claddagh ring gets its name from a small Celtic fishing village called Claddagh. Claddagh is an ancient Celtic village based in Galway, Ireland.

Today, however, the word Claddagh is synonymous with the princess crown ring that bears its name. It is, however, and derived from the Gaelic word, cladach, that translates loosely to ‘stony beach.’

Legend has it (in a fantastic) tale that The Joyces were one of the most prominent families that lived in Claddagh in the 1600s. At the time, the men of Joyce’s family made their living from fishing. According to the legend, these men were captured by pirates while they were out fishing one day, and the pirate ship took them all the way to the north coast of Africa, and were sold into slavery. The youngest of the family, Richard, was quite devastated because he’d just fallen in love just before the ordeal. Being far away and not knowing what he’d do and if he’d ever see her again, he was sad. In slavery, he was put to work in the goldsmith shop, where he put away a small piece of gold each day. When he’d collected enough gold, he fashioned it into a ring, but not just any ring, but the first Claddagh ring. He kept the ring close, hoping that he’d be able to give it to the woman he loved someday.

In 1689, 14 years from the date they were taken into slavery, Richard was released, and though he wasn’t sure his love had waited for him, she actually had. So, he gave her a ring to symbolize his devotion. And this is how the first Claddagh ring with the RJ initials was born.

There’s also the mythic tale involving Margaret Joyce. In this myth, it’s supposed that an eagle dropped the ring (first Claddagh ring) to her lap, and Margaret took this as a symbol from the heavens. But you’d argue that the Richard tale makes more sense.

Though the ring was more common in Rome, it first appeared in America in the 18th century. 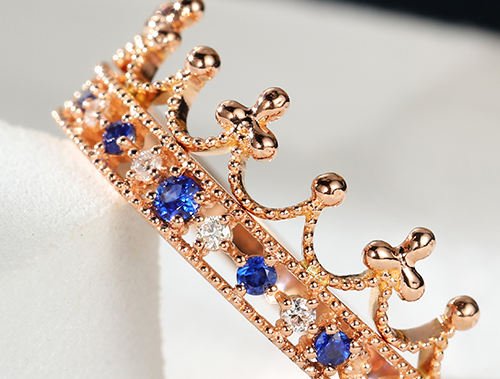 Is it bad luck to buy your own Claddagh Ring?

No. Many people buy Claddagh rings for themselves, and though some people argue that this could bring bad luck, you shouldn’t believe it or stop yourself from buying a beautiful crown ring.

How do you wear a crown ring?

You can wear the ring on its own on your right hand with the heart facing outward/ away from the body.

If you are in a relationship, wear the ring on your right hand with the heart facing inwards.

As an engagement ring, it goes on your left hand on the third/ ring finger, with the heart pointing outwards.

If worn as a wedding ring, the Claddagh ring goes into your left hand third/ ring finger, the heart pointing inwards.

Can anyone wear a Claddagh Ring?

Yes. Although it represents and celebrates Celtic and Irish culture and is more common with the Irish, anyone can wear the Claddagh ring. It is an important part of pop culture today, and it’s common with royalty, politicians, celebrities, etc. 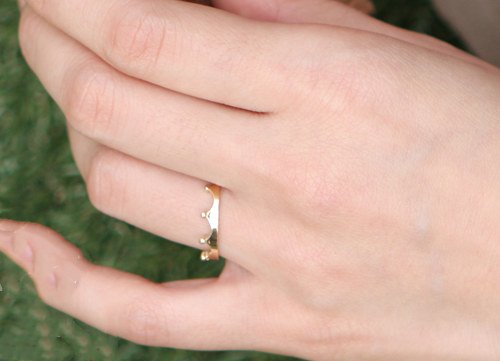 It might be a jewel that is more associated with the Celtics and the Irish, and it dates back to the 1600s, the Claddagh ring is today one of the most important elements of pop culture, and the best part is that it is the kind of jewelry that can be worn by everyone/ anyone from Royalty to ordinary citizens.

Guys, thanks for reading. For more rings information, please read here or visit our home page for more.