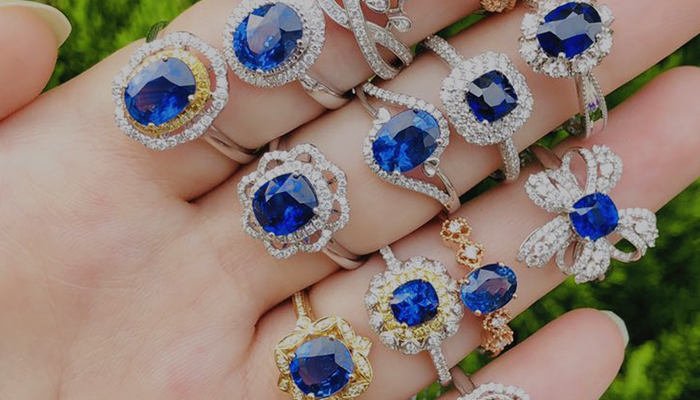 Elegant, unique, and breathtakingly beautiful, but are these the only ways of describing sapphires?

Well, you guessed it right – sapphires are not only beautiful, but they also represent a type of gemstone that carries some of the most profound meanings.

Now, you may argue that this is just another old myth, which is why this article takes an in-depth look at the symbolism of sapphires.

So, let’s get started with some of the important symbolism behind sapphires.

What do sapphires symbolize? 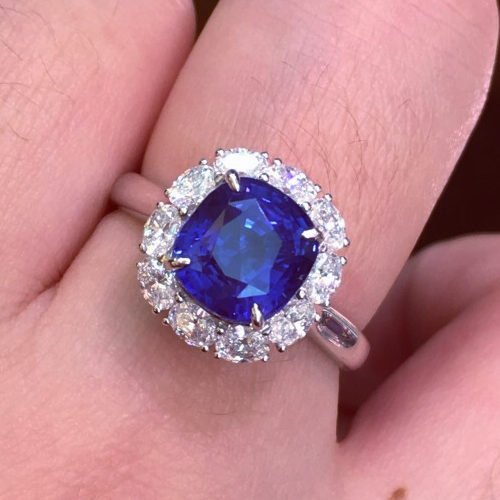 The symbolism of sapphires is one that encompasses the most diverse subjects across cultures.

The first traditional belief that stands out from sapphires is the belief that sapphires have been prized because of their celestial blues and the violets, and these two colors have been used and helped this stone gemstone garner a wide variety of celestial associations.

But before we go deep down the symbolism path, let’s first look at the sapphire – what’s the gemstone’s actual color?

The sapphire and the ruby are gemstones, both belonging to the corundum family of minerals, and they both stand out because they share an exceptional level of hardness and durability while making the most beautiful gemstones.

Now, to differentiate minerals from the corundum family and going by their gemological definitions, corundum in red is the ruby and corundum in any other hue; even the colorless variety is considered a sapphire. 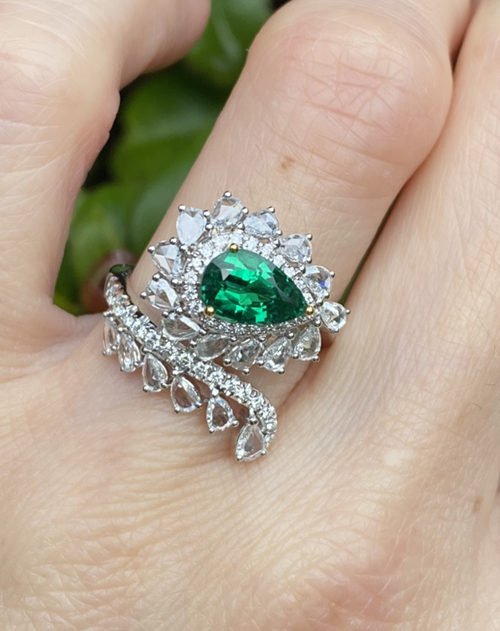 For the longest time, people have had a form of the deep connection between the blue sapphires and the planet Venus, and by extension, sapphires are also believed to represent Friday, which is the day dedicated to the planet Venus.

In terms of seasons, springtime falls under the symbolic rubric of sapphires.  And in terms of zodiacs and the zodiacal systems, sapphire is the gemstone for Gemini and Taurus.

And in Ancient Greek mythology, the sapphire was associated with Apollo. With this regard, petitioners would wear this gem when trying to consult oracles like the one at Delphi.

The reason for this has to with the supposed belief that the sapphire is a powerful gemstone that taps into the power of the ‘third eye,’ making it possible and clear for the oracular pronouncements to be made.

Without the sapphires, it is believed that it would be too difficult to hear or understand the oracular pronouncements. Perhaps this is why the necromancers would seek the sapphire – its influence on spirits would be invaluable to them.

It’s also said that the violet sapphires represent the old adage and the number three.

Beyond these symbolisms and associations with sapphires, there is a lot more to do with the gemstone, and if you are looking to buy a sapphire piece of jewelry but are unsure about the associated symbolism, the next sections of this article will guide you.

This is the most conspicuous symbolism around sapphires, and royalty wore sapphires often for the dual purpose of attracting wealth while also protecting the wearer from infidelity and envy.

Traditionally, people wearing this gemstone also did so because it was believed to bring harmony to the lovers, and even better, peace between adversaries.

On top of that, this gemstone was also said to put its wearers at ease, especially during social engagements, and it also helps in banishing fraud.

As a result, sapphires are crucial to individuals engaging in legal matters – the only catch is that the powers of the gemstone only worked if the wearer was innocent and just. 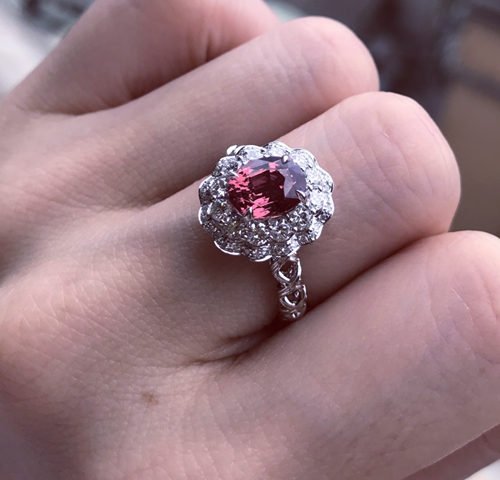 In ancient times, the belief in the healing powers of sapphires, specifically its ability to work as an antidote for poison, was quite the popular belief.

It was believed that this gemstone would increase the overall strength and health of the wearer, in the process, helping ward off illnesses while neutralizing poisons. Also, many people believed in the healing powers of sapphires.

So, during the Middle Ages, the sapphires’ healing powers would be ascribed, especially for ailments affecting the eyes. The interesting twist to this belief is that it is believed to have originated from the Ancient Egyptians.

This has been documented by the mineralogist George Kunz in The Curious Lore of Precious Stones, where he notes that the Ancient Egyptians might have used Copper Oxide, which is also known as lapis Armenus, in their eyewashes – this could have been the case because copper oxide has astringent properties that could have helped with some eye conditions.

Though efficacious, this ingredient was later on replaced by lapis lazuli, which is another blue component that’s a lot more valuable.

In the Medieval Era, it was believed that the supposed powers of lapis lazuli would be transferrable to another more valuable blue gemstone, the sapphire. This could easily be the reason why the sapphire was believed to enhance health.

With regards to historical references to sapphires and the powers the gemstone holds, there is documentation of the same on Aaron’s breastplate. This is believed to actually refer to the lore of lapis lazuli.

The symbolism of sapphires in different colors

Mentions of sapphires often bring to mind the blue sapphire, but there are sapphires of pretty much all colors, and they are believed to carry different meanings because each color carries a specific vibrational strength and unique properties.

The black sapphire is believed to bring to the wearer the wisdom of confidence, specifically in your own intuition.

It is also believed to be both grounding and protective while also helping relieve sorrow/ grief and anxiety.

Also, it’s a talisman for anyone seeking and looking for ways to maintain employment. 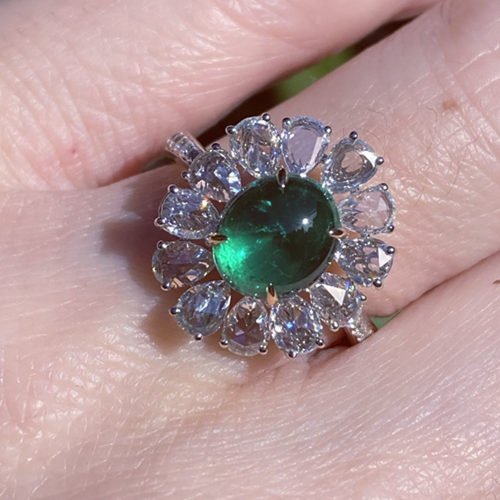 This gemstone is believed to bring with it the wisdom of fidelity and integrity while also encouraging compassion, improving dream recall, and stimulating/ enhancing vision.

This sapphire will bring with it the wisdom of loving creation from the heart to the world.

This gemstone is also said to have the power to unite an individual’s creativity, spirituality, and sensuality.

As a result, it’s regarded as one of the best talismans for singers, writers, and artists. 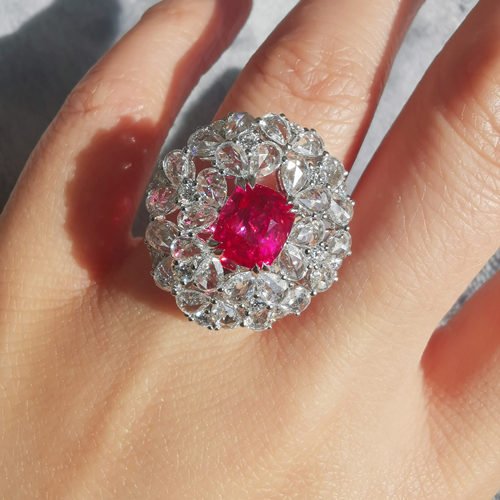 This magnificent gemstone brings with it the wisdom of resilience.

It is also believed to stimulate emotions while encouraging forgiveness, love, and also release of the past.

This stone also honors the strength and the acceptance of the heart.

As mentioned above, violet sapphires are all about the number 3, which is an important number in numerology.

Choosing the violet sapphire is believed to bring you a high degree of spiritual awakening.

And it’s also said to stimulate meditation by opening up the Crown Chakra, allowing the Kundalini to rise unimpeded. It, therefore, initiates and encourages peace and oneness.

This sapphire is believed to bring prosperity and wisdom. It also enhances your life by bringing you financial abundance while also stimulating your inner will through your solar plexus.

The yellow sapphire also boosts your creative focus while allowing for the manifestation of your wildest goals and ambitions.

The white sapphire brings you wisdom, the strength of spirit, and it also offers the inner resolve that you need to overcome the difficult obstacles on your spiritual path.

This sapphire also brings you a great sense of clarity of mind while enhancing your communication with higher guidance. 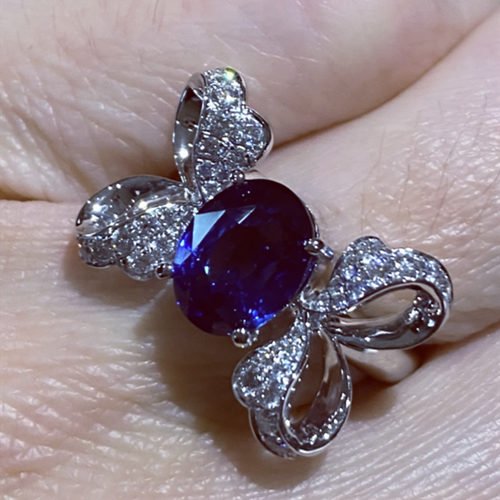 This sapphire boasts the same metaphysical properties as the color it comes in, but only with an enhanced amount of energy and an intensification of its powers.

The reason for this is that the star sapphire in itself is a representation of the Divine Knowledge & Light’s manifestation into denser reality, and it serves as a reminder of the outer manifestations that we treasure; as a reflection of the Light of your own essence.

There are three lines that cross into that 6-rayed star, and this represents faith, destiny, and hope. Sometimes, it is associated with the three celestial angels that offer protection to the wearers of this star sapphire. And being a moving star, it’s also believed to bring you ongoing safety, guiding you on your way home.

So, if you are working on self-development and your health, the sapphire gemstone might be the best aid for you.

Depending on the color, the gemstone enhances and provides wisdom, a higher level of intuition, integrity, and most important, it carries immense healing powers to your physical, emotional, and spiritual essence.