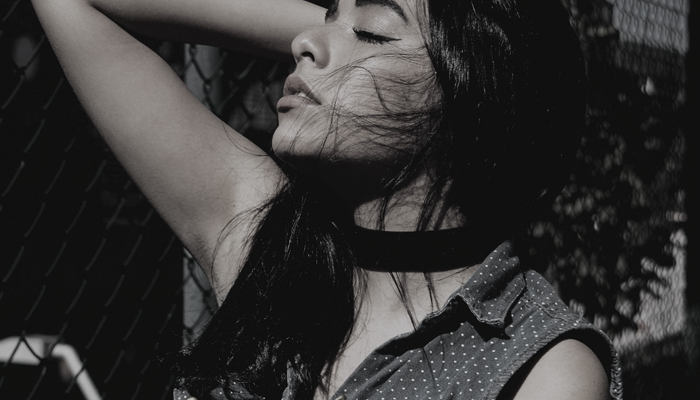 What do guys think of chokers? What is the meaning behind a choker necklace? Do guys think chokers look too sexual? What does it mean if a guy wears a choker? If you guys want to know all the answers. You are in a right place.

While chokers have been around for centuries, this type of necklace is largely associated with the 90s, and it’s regarded as a 90s staple. But is that all that the choker is known for? Well, no. The choker necklace means different things to different people, and to men, chokers often hold a special meaning.

For most women, chokers are an iconic fashion accessory, and women (as well as men) wear the choker necklace because it is a very beautiful accessory. Lovers of chokers choose to wear this accessory because it is a lovely statement piece. But do men think the same about chokers?

What is the meaning behind a choker necklace?

To help us understand the choker trend and what men think of chokers, let’s first look at the basics of chokers and what a choker necklace means.

For anyone who’s fascinated by jewelry and jewelry trends, there is no special meaning tied to chokers, apart from the fact that choker necklaces represent an iconic style that has been around longer than imagined. The choker was first popular in the 18th century, then the late 19th century, early in the 20th century, and then it became popular again in the 60s through to the 90s. The choker has also become popular again recently, and it is one of the trendiest pieces of jewelry in 2021.

Unfortunately, the choker necklace isn’t only known for its ability to survive through several historical times. There have been many thoughts held about the chokers over the years, with the choker being associated with prostitutes in the 19th century and its sexualization today. The latter is the reason for this article. In this piece, we’ll look at what guys think about necklaces and their subsequent sexualization.

More specifically, some men see the chokers as sexual objects because of the general understanding and beliefs that men are largely sexual beings who are visually stimulated to develop sexual desires from what they see, in comparison to women.

What this means is that while some men sexualize the choker, many other people see chokers as just another piece of nice accessory that brings out a woman’s (or man’s) neck, along with their confidence and pride.

Some men do, but in this day and age, you get to wear whatever accessory you choose to wear. And if a guy thinks or sexualizes a young girl wearing a choker, you really can’t say that there is an issue with the choker, but with the society we live in and also the guys who sexualize chokers.

If you think about this whole scenario, it really is nothing but heartbreaking. If men cannot see a girl or woman wearing a choker and think of sex or submission or if they cannot look at young girls dancing without sexualizing them, wouldn’t you agree that the issue lies in society and the men around us?

At the end of the day, men will do just about anything for the opportunity to sexualize a woman and anything about that woman or young girl, which is why men really are part of this never-ending oppressive cycle that leaves women being sexualized in every single way, even the most normal of things – things that no one has control over, including the shape of a lady’s mouth and lips, etc.

So, to answer your question, the answer is yes. Yes, some men highly oversexualize feminine accessories, and they find the choker to be sexual.

But like clothing and all other accessories, there is nothing inherently sexual or wrong about chokers.

It’s just that some people place a certain amount of sexual value on the choker. And unfortunately, there is nothing we can do about it.

What do guys think of chokers?

Most men think of chokers as sexual, which is unfortunate and embarrassing because, in this day and age, women wear chokers because it is just another type of necklace.

What does it mean if a guy wears a choker?

Of course, the internet is now freaking out because men are wearing chokers, and this practice isn’t limited to gay men only, as straight men are now wearing chokers too.

So, what does it mean if men wear chokers?

Well, there is no grande meaning or reason why men should or shouldn’t wear chokers, and there really isn’t anything wrong with men wearing chokers. Today, there even are chokers that have been designed tastefully and specifically for men.

These chokers are made of materials like platinum, gold, or silver, and men get to choose from an endless range of chokers for men, as long as the choker suits your style and personality.

Unfortunately, there has been a lot of backlash over men wearing chokers, with many people noting and hoping that the trend won’t last.

But with some of the men wearing chokers to express things like equality, this trend is obviously far from over, and there may be nothing wrong with the rest of society living with this trend.

At the end of the day, we are, however, all entitled to our opinions, and you could choose to love-hate chokers on men.

This article has shared some important insights into what guys think about chokers. We hope that the information shared helps you learn more about chokers and society.

Keep in mind that despite what guys think, chokers are stylish accessories that make you look good.

So, the opinions of these guys shouldn’t stop you from wearing a choker.

So, if you guys want to read more topics, please visit this page for more  or visit the homepage for content