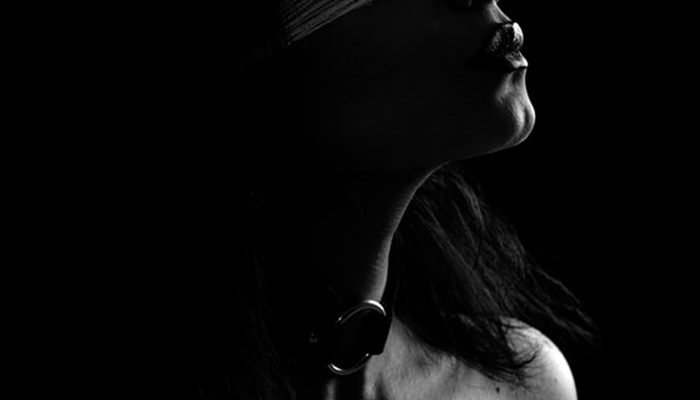 The innuendoes about chokers will leave you wondering why you even wore the choker in the first place, especially if you wore the chokers for other reasons and not for sexual reasons.

Oftentimes, men sexualize the chokers for different reasons, and women seen wearing chokers are seen as sexual with such men. The worst bit is that some mean hold really disgusting assumptions about the chokers, which is why it’s important to understand the sexual meanings behinds chokers before you wear them.

As expected, not everyone gets the reason why chokers have a sexual meaning. So, we took it upon ourselves to explore the world of chokers and the sexual meanings of chokers.

What do chokers mean sexually?

The choker necklace is easily the most sexualized piece of jewelry in history. And though the choker is common with individuals who are into the Gothic fashion styles, there are numerous chokers on the market, and brands offer the widest variety of chokers for you to choose from.

Well, the truth is that the meaning of chokers will vary depending on the choker type, which means that despite the sexual associations for the chokers, each choker will have a unique meaning.

However, it’s important to note that the sexual meanings of chokers didn’t begin in this century, and they have been around for a really long time.

In the Olympia painting of 1863, the painting is for a nude woman who is wearing a ribbon choker. It is believed that at the time, individuals who wore chokers were prostitutes. But in an earlier painting from 1798, during the French Revolution, women were painted wearing a red ribbon around their necks as a way of paying tribute to the individuals who died from the guillotine.

Perhaps this was meant as a running gag, but we’ll never really know. However, it would appear that what makes sense more, with regards to chokers and sexuality, is the belief that the prostitutes wore the chokers. There’s no clear cut answer, really, because even the gagging allegation from women wearing the red ribbon during the French Revolution could also be said to have some sexual elements.

It doesn’t end there, though. And the associations between chokers and certain sexual proclivities may not be the only reason why women (and men) wear chokers. The choker is also a big fashion statement, with Princess Alexandra of Wales having been pictured during the revolution wearing an exquisite choker as a fashion statement.

However, if you go through the sentiments shared by different men, you will notice the presumption that chokers are largely sexual and that the women who wear chokers are not only promiscuous but also submissive sluts. Ultimately, however, it all boils down to the large, never-ending debate of the constant policing by men. A choker could easily be a fashion accessory worn by a woman because it looks great, but men will twist things up.

But if you still wish to know the sexual meaning of chokers – most men (and some women) note that the choker insinuates submission. The choker is thought of like a collar, the same collar on animals. And the choker is, therefore, representative of the woman’s level of submission, only comparable to animals. Of course, this is disgusting, especially for individuals who aren’t into such kinds of sexual acts or inclinations.

Why are chokers so hot?

If you are into the goth lifestyle, it’s obvious that you can easily recognize someone else who’s into the same style as yourself. As a result, the choker creates this deep sense of belonging, which could be the other reason why it is regarded as one of the hottest pieces of jewelry/ accessory in history.

For anyone who appreciates high-fashion, from whichever age, chokers are regal. Essentially, chokers have been worn by some of the biggest fashion icons across generations, which makes them hot and popular. During the Victorian Era, queens loved wearing chokers, and these accessories made them powerful.

This can be a fashion and a sexual thing, depending on how you look at it. Essentially, a choker creates this illusion of a longer neck, something that some people find to be sexy.

At the end of the day, we’ll have to admit that chokers have been sexualized significantly, and this something that has to do with the fact that the choker necklaces, like high heels, tight-fitting clothes, short skirts, or fishnet stockings, draw attention to specific elements of the woman’s physical form, hence the sexual associations.

Often, men see these things as sexualized because of the associated visual stimulation and their sexual desires.

Unfortunately, the sexualization of chokers is a demeaning thing that leaves women feeling like sexual objects. A choker is an accessory like any other, but for whatever reasons (Association with the collar, maybe?), wearing a choker makes women sexual objects.

This shouldn’t be the case, especially because a choker necklace doesn’t imply ‘choke her’ or a ‘whore.’ It is an accessory that women should be able to wear without worrying about all the disgusting thoughts the men they meet have.

Chokers may be sexualized, but a choker necklace should be regarded as nothing other than a fashion accessory that makes the wearer feel great. For more fashion jewelry content, please visit this page for more or visit the homepage for more topics.