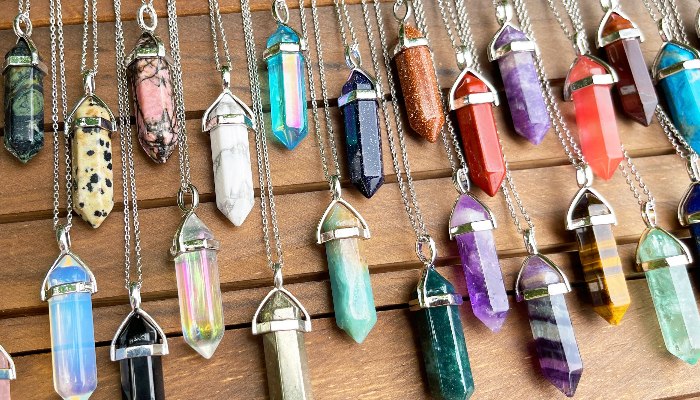 If you have been struggling to sleep or you aren’t having a good night’s sleep, crystals would be a fundamental part of your routine and bedroom space.

But you cannot have just any kind of crystal in your bedroom; you need to make sure that the crystals you choose encourage good sleep and a peaceful mind; hence good rest; some crystals are just not right for your bedroom.

You just have to be extra careful with your choice of crystals for your bedroom, especially because some crystals may spark sleep problems, keeping you up all night, and this means knowing what crystals not to have in your bedroom.

What crystals Jewelry should not be in your bedroom 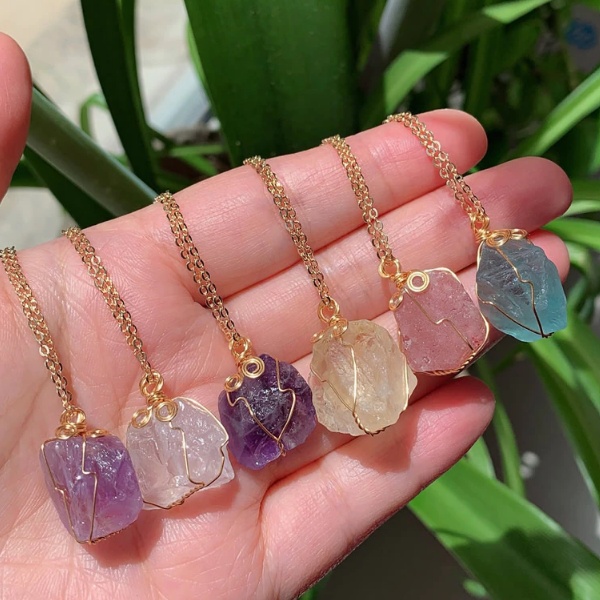 Whether they exist as plain crystals or as crystal jewelry pieces, you should avoid the crystals listed below because these crystals are overstimulating, and they wouldn’t be in your bedroom.

While people have different allergic responses to crystals, and they may not always work the same way, there are crystals that, according to consensus, aren’t ideal for the bedroom. Some of these crystals include moldavite and turquoise, and we’ll share more of these options below. 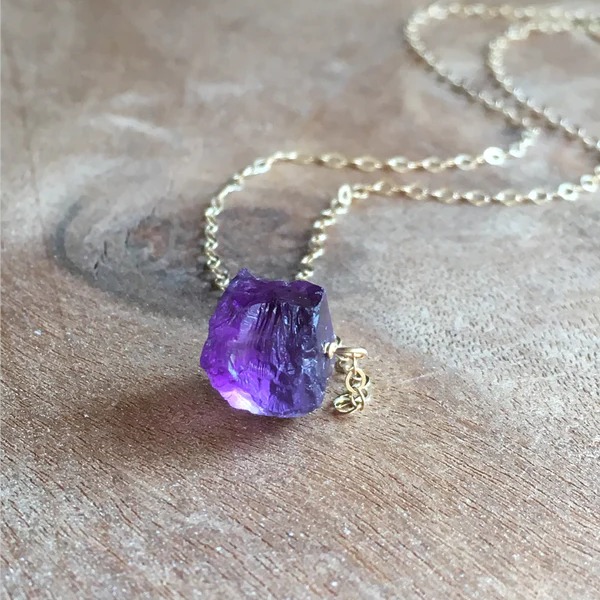 As surprising as it may be to have amethyst on top of this list, the truth is that despite its ability to encourage love, amethysts should never be in your bedroom.

Despite being recommended for insomnia and other sleep problems, it is not ideal for you if you try to fall asleep because it will make you feel much more restless.

Amethyst also causes disturbing dreams and also the worst of nightmares, which is why you should stop placing amethyst crystals in your bedroom. That said, amethyst is an ideal calming and cleansing crystal that you need during meditation, just not in the bedroom. 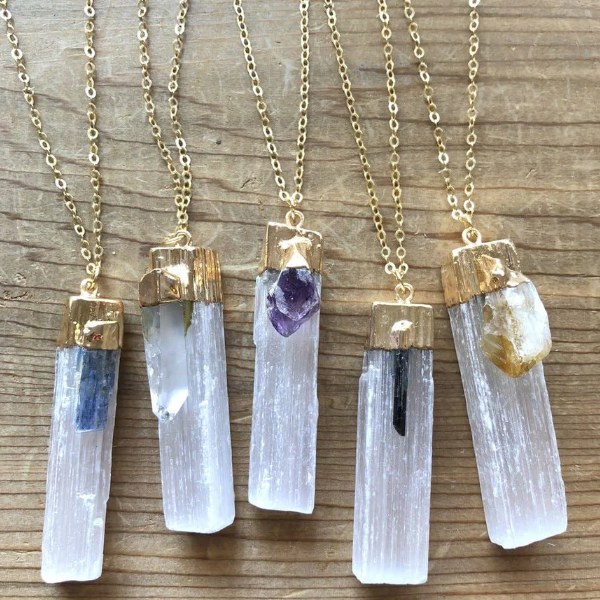 Despite being a popular gateway crystal that helps to bring peace, you shouldn’t place selenite in your bedroom because it’s extremely powerful and overstimulating, which may lead to anxiety and restlessness.

Away from the bedroom, you can use selenite crystals for healing thanks to their ability to eliminate tension and unwanted high-density situations.

This translucent and multi-faceted selenite crystal made of calcium sulfate picks up high-powered frequencies. It would calm you down in the living room and office, but this energy is unnecessary and unwanted in the bedroom.

Keeping selenite in the bedroom is a terrible idea because it can induce fantasy and vivid dreams, which can be extremely terrifying and unsettling.

Keep in mind that in most cases, vivid dreams are associated with evil forces, but the truth is that they are representations of our deep-seated fears and anxieties.

When this happens, you don’t have a good night’s sleep, and in such cases, selenite doesn’t do much to calm you down and enhance your quality of sleep, especially if you don’t want to awaken your subconscious. 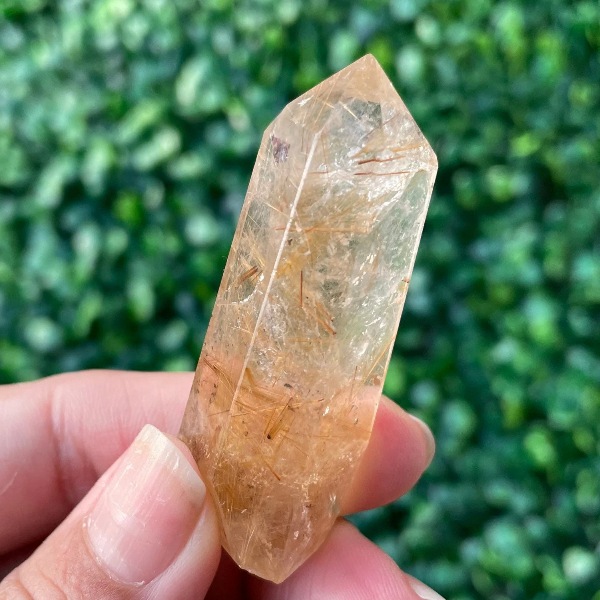 If you are looking for safe crystals for your bedroom, you shouldn’t keep rutilated quartz crystals in your bedroom.

These are high-energy crystals, and despite having healing energy, easing mental suffering, and restoring that calming feeling while encouraging self-reliance, courage, and mental clarity, it is not suitable for the bedroom.

High-energy crystals are unsuitable in the bedroom because they create high vibrations that raise consciousness and make you open to more new ideas.

Unfortunately, you cannot sleep well when this happens, and these crystals’ energy is just too high for the bedroom. The connection of the rutilated quartz to the spiritual realm will also make it impossible to get a good night’s sleep.

Additionally, quartz crystals are also unsuitable in the bedroom because they may boost your creative potential, but they also tend to release negative energies into the spaces they are on, meaning that they are unsuitable for the bedroom. 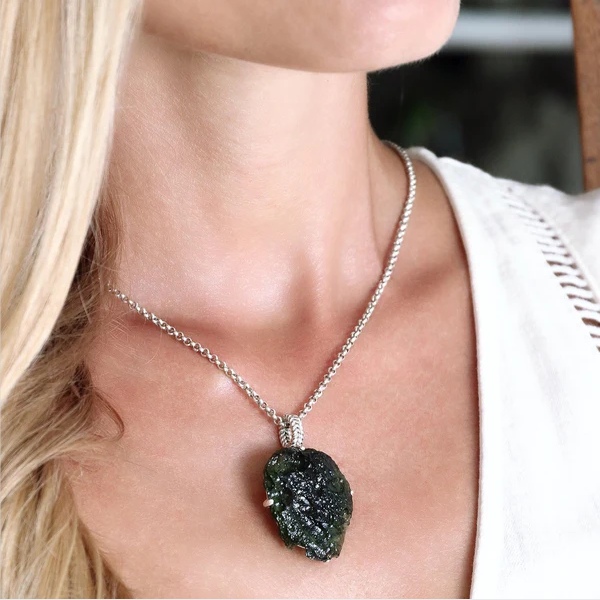 The moldavite is the other crystal that doesn’t have a place in your bedroom.

Even though it has the power to open your third eye, making it possible for you to experience spiritual awakening, this high-energy crystal is not suitable for anyone who struggles with anxiety or depression because it will make the whole experience a lot scarier.

So, with its high energy level and the deep connection it creates, moldavite shouldn’t be in your bedroom.

The intense vibrations from moldavite will trigger the heart chakra causing discomfort through redness and perspiration on the cheeks. 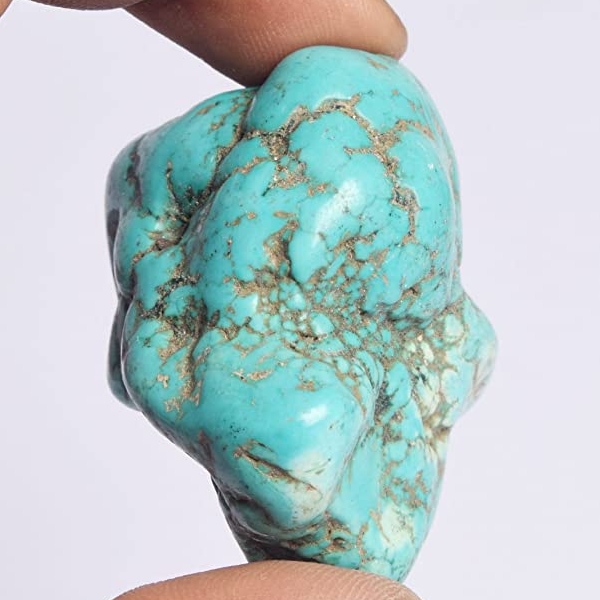 The other crystal that you shouldn’t keep in the bedroom is turquoise. Although it is known for its calming effects, turquoise is a high-energy crystal that will raise the vibrations in the bedroom, making it hard for you to have a good night’s rest.

This energetic crystal will also make sleeping more difficult, especially if you share a bed. 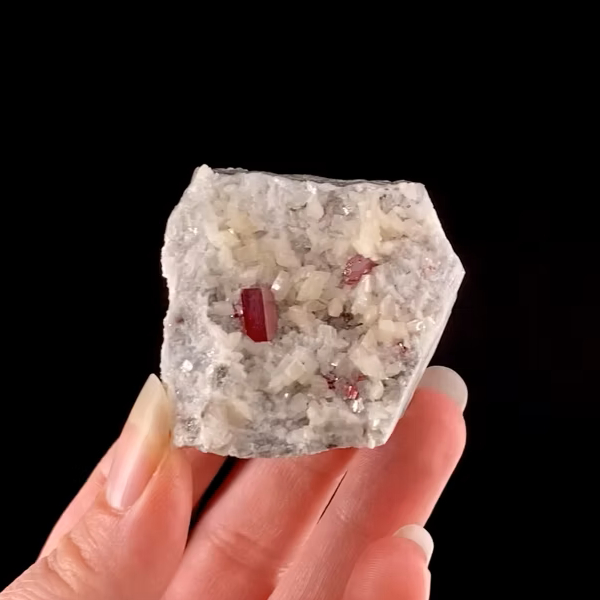 Despite being one of the most spectacular crystals, this bright, scarlet red crystal looks a lot like quartz in its optical properties, and for its symmetry and overall design, you shouldn’t keep it in the bedroom.

This crystal is also quite deadly – literally. Cinnabar crystals will react with oxygen, and the result of this interaction is dimethylmercury and methyl, which cause nerve damage.

So, you should keep it in the bedroom. Cinnabar shouldn’t be anywhere in your home because it is one of the most toxic minerals, otherwise known as mercury sulfide, which is potent and shouldn’t be in your bedroom. 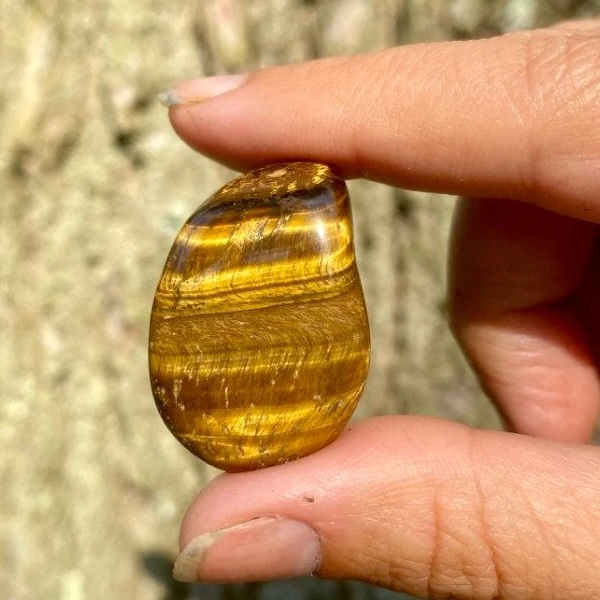 Tiger’s eye is a highly energized crystal that is very active. It also contains asbestos. So, with these two under consideration, this crystal will make it very difficult for you to sleep, especially if you also wear the tiger’s eye crystal during the day.

And if you struggle with sleep or tend to have bad dreams a lot, you should avoid the tiger’s eye crystal. 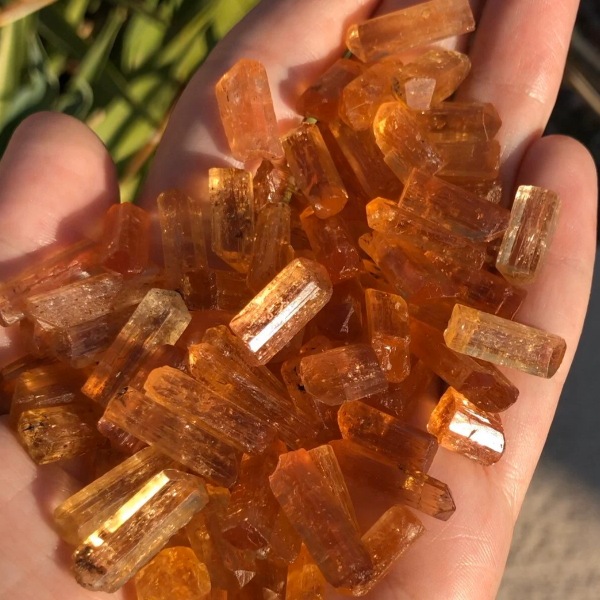 The other crystal you shouldn’t keep in your bedroom is topaz – it is actually the worst crystal for sleep and the bedroom.

You should avoid this orange crystal which turns blue upon exposure to light, because the gems in topaz turn radioactive when exposed, and prolonged exposure to topaz causes health risks and is unsafe in the bedroom. 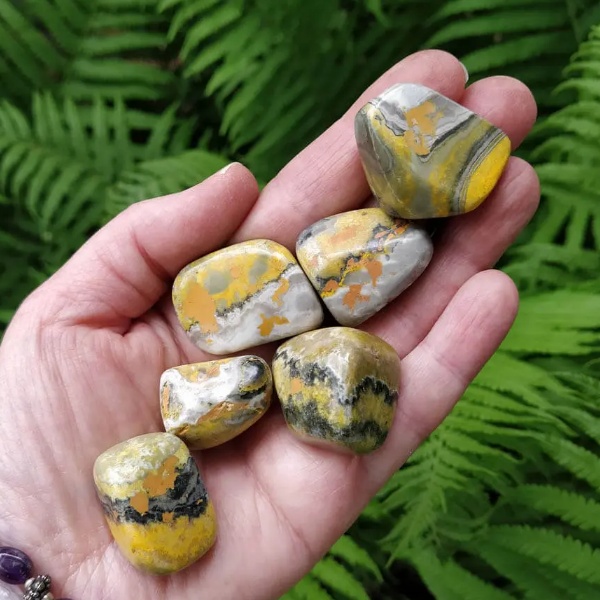 You should also avoid keeping bumblebee jasper in the bedroom because it contains several unsafe materials and elements like arsenic, hematite, sulfur, and anhydrite.

Note that the yellow color of jasper is because of the presence of sulfur which is just as toxic as arsenic. These harmful crystals make jasper unsafe in the bedroom. 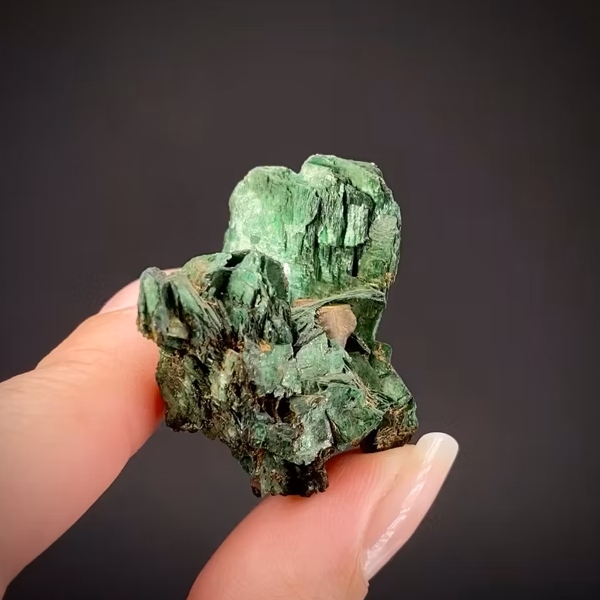 Torbernite is another unsafe crystal you should keep away from your bedroom.

Though it looks good,  torbernite is a radioactive crystals whose green crystals present in the granite emit radon gas that is a known carcinogen.

So, it would help if you avoided this bright green radioactive crystal, completely keeping it away from your home. 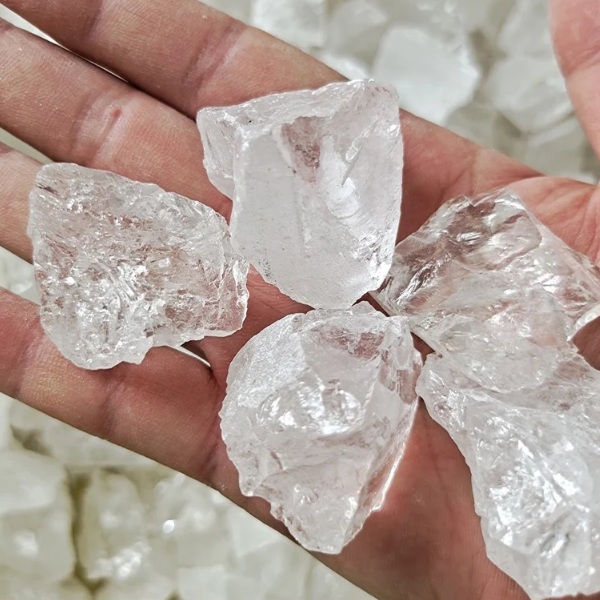 This is the other crystal that you should steer clear of and never have in the bedroom because it is a high-energy crystal that is overly stimulating. So, it will keep you awake instead of helping you sleep.

You may even wake up too many times in the middle of the night with this crystal, meaning that you should keep it away from your bedroom.

These crystals are also called master healers, but they will amplify your energy levels, vibrations, and thoughts, meaning that they are not suitable for your bedroom.

The other crystals to avoid when going to bed and not to keep in your bedroom are, ideally, the high-energy, vibrant-colored crystals, especially the yellow crystals.

So, opt for the grounding chakra crystals over all other crystals. Your safest options include black tourmaline, red jasper, pink or rose quartz, howlite, and hematite – these are grounding and recharging crystals that will ensure a good, restful night.

Just to reiterate, you should avoid the amethyst in the bedroom at all costs because of its super high vibration.