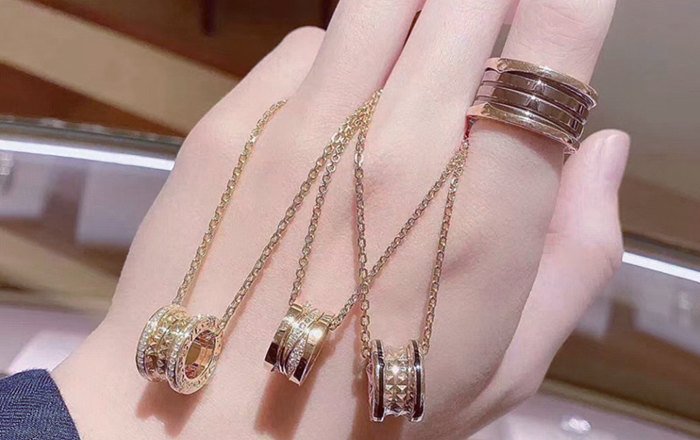 Jewelry is a lot more than a simple accessory. It is more of an expression of your style, who you are, and in other cases, the things that make you tick.

To ensure that jewelry delivers the intended message, there is a wide variety of jewelry from different brands that offer everything from an elegant necklace made of the best quality gold and platinum pieces to bracelets and rings that are adorned with the purest and the best of diamonds, sapphires, and emeralds, among other precious stones.

These pieces of jewelry represent the best symbol of femininity and, in other cases, point to one’s social status.

Jewelry is also an important part of humankind’s history. And according to archaeological reports, the very first signs of the use of or established sense of jewelry-making date back to Ancient Egypt, in the periods between 3000 and 5000 years ago.

At the time, the queens and the Pharaohs would embellish themselves in the best kinds of jewelry made of gold to show their wealth, power, and, generally, societal status. For many years that followed, jewelry was worn as an indication of their high social status.

They were also worn to demonstrate their sentimental and emotional worth. Women mostly wore jewelry as a fashion statement, especially the high-end pieces and sophisticated statement pieces.

These were also worn during the Prohibition Era, where women used jewelry to demonstrate their independence and the fact that they could finally vote.

It’s clear that jewelry has played some critical roles in society over the years, and though fashion and jewelry trends keep evolving, there is no doubt this has resulted from the innovation of several jewelry brands.

These brands continue to make stunning and meaningful jewelry pieces that appeal to different individuals. The brands also target different markets in terms of designs and pricing, and there is always a brand for everyone.

If you are not sure which jewelry brand to shop from, this article breaks down the leading jewelry brands to give you a better idea of where to buy what jewelry.

What brand of jewelry is most popular? 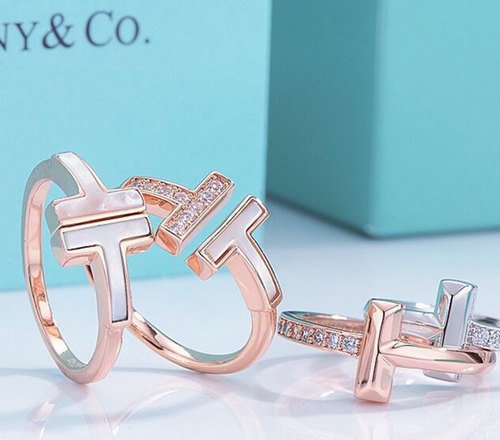 First on our list is Tiffany & Co., previously known as Tiffany & Young. Tiffany & Co. started as a small fancy good and stationery store in New York.

The brand was initially established in 1837, and it’s remained a household name in the jewelry world. Tiffany & Co. has received many accolades over the years, and it’s also been accorded an award for its exceptional level of silver craftsmanship, remaining leading America’s silversmith to date.

Tiffany & Co.’s popularity comes from the fact that this brand showcases some of the rarest and also the most extravagant pieces of sterling silver jewelry.

They also have the annual Blue Book Collection that was created in 1845. Their most popular and famous pieces are in the Return To Tiffany Collection, Tiffany Soleste, and also the Tiffany Key collections. On top of these, Tiffany & Co. has their signature 6-prong engagement ring with the biggest diamond by the brand.

On top of that, Tiffany is also popular for their trademarked Tiffany Blue box and their packaging, all featuring the unique Tiffany turquoise blue. On top of that, the brand is known for its luxury, quality, and stylish pieces.

Tiffany & Co. is also known for the high number of profile celebrities that have been behind the brand and have also been seen wearing jewelry by Tiffany & Co.

That said, the fine jewelry varieties offered by Tiffany & Co are pricey, and the pieces range from $15,500 to $15million.

It’s also worth noting that one of the most expensive pieces of jewelry by Tiffany & Co. was once sold at an auction for $60,000. This was a 3.09carat VS1 clarity solitaire diamond ring. 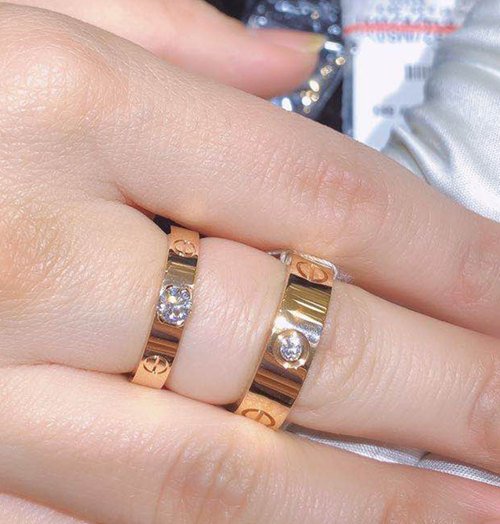 Cartier is the other high-end jewelry brand that offers the best luxury jewelry pieces. The Cartier brand was founded by Louis François Cartier in 1847, and it has since gained the reputation of The Jeweler of Kings and the King among Jewelers.

The reasons for Cartier’s success include the fact that the brand pioneered the jewelry creation techniques that involved the use of diamonds and platinum.

Cartier’s biggest success and their most notable jewelry lines are the Love Collection, Panthere, and the Juste un Clou collections.

Cartier’s jewelry pieces and collections have been worn by top celebrities, including Angelina Jolie, Andy Warhol, Kate Middleton, Tom Cruise, and Zac Efron, among others.

The prices for Cartier jewelry are variable too, but as a luxury brand, their prices are significantly higher than most other jewelry brands, with prices ranging from just $1,000 to as high as $2.76million.

One of the most notable things about Cartier is the fact that in 2015, the brand auctioned a 25.6-carat ruby, a Burmese Ruby known as the Sunrise Ruby, for a whopping $30,335,698. This ruby was dubbed the most expensive ruby, non-diamond gemstone, and gemstone ever sold in the world. 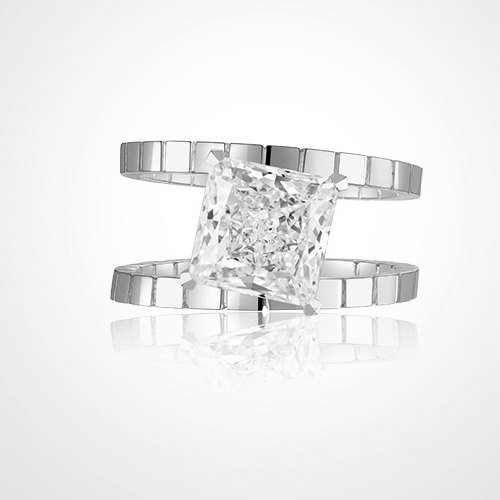 Harry Winston is another reputable jewelry brand that has been around for quite a while. This brand was founded in 1932 in New York City, with Harry Winston at the helm.

Within years of establishing this brand, Harry Winston was crowned the titles of ‘Jeweler to the Stars’ and the ‘King of Diamonds. This is because he created the finest quality jewelry pieces using brilliant diamonds.

One of his most notable creations was the 45.4 carat Hope Diamond, a grayish-blue, heart-shaped diamond crown centerpiece. This piece made history as the piece of diamond centerpiece that was later passed on to the United Kingdom’s King George IV. Today, this diamond is on display in Washington DC as one of the displays by the Smithsonian Institution.

Some of the famous celebrities that have worn Harry Winston jewelry pieces in the past include Julie Andrews, Jennifer Lopez, and Natalie Portman.

As a luxury jewelry brand, their jewelry options are expensive, and they range from $4,000 to as high as $20million.

Like the other big luxury brands, Harry Winston has also had big pieces auctioned at ridiculously high prices. In 2006, they sold The Gulf Parure, which is a 325-carat diamond parure and natural pearl piece that was sold at $4,189,165.

This jewelry brand is the other one that started with a beautiful story. After they got married in 1895, Estelle Arpels and Alfred Van Cleef started this luxurious jewelry line in 1906, and the brand still exists to date. 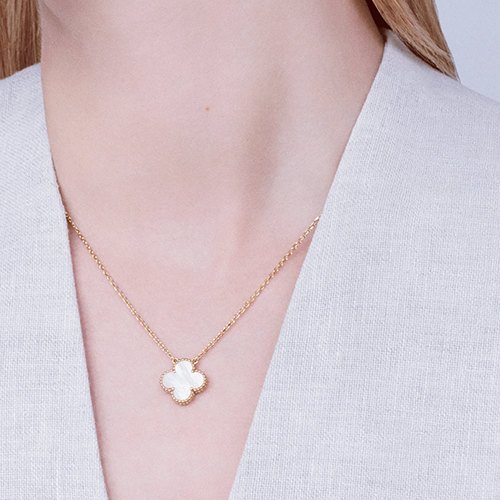 Van Cleef & Arpels is widely known for their unique jewelry pieces, but the thing that stands out from this brand is the things they have accomplished. One of these is their patented and their innovative creations named Mystery Set.

This creation is an intricately designed piece of jewelry that was created for over 300hours and took the crafting of the most skilled jewelry creators.

The brand is also known for its unique jewelry designs featuring playful animal figurines, nature, and flowers in their designs. As a result, their jewelry pieces are quite pricey, ranging from $1,500 to $490,000.

Famous people who have worn the jewelry creations by Van Cleef & Arpels include Margot Robbie, Queen Marie Jose of Italy, Mariah Carey, and Cameron Diaz, among others. 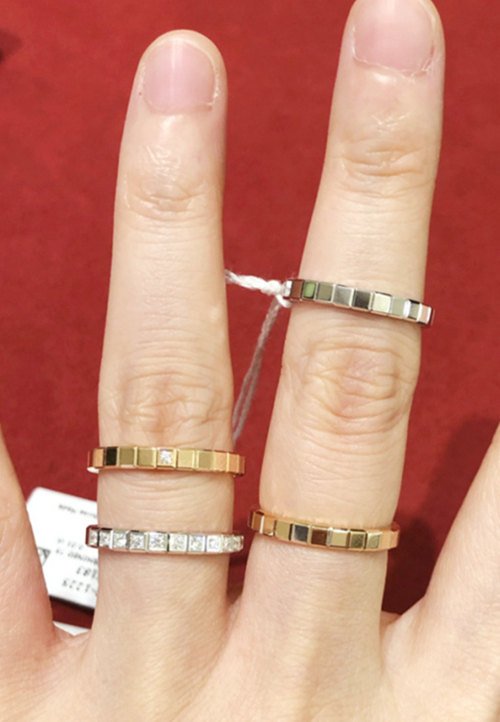 Chopard is a renowned Swiss jewelry brand that was established in the 1860s by Louis-Ulysse Chopard. Originally, Chopard created watches and pocket timepieces for women, but after the Chopard brand was sold in 1963 to Karl Scheufele, it was known for the Art-Deco-inspired timepieces, as well as their Happy Diamonds Line.

To date, Chopard’s signature is their free-floating diamonds design behind the watch glasses created back in the mid-1970s. Today, Chopard is the corporate partner for Cannes Film Festival, and it’s also the official timekeeper for the Grand Prix (Monaco), as well as the Mille Miglia.

Besides their achievements and partnerships, the Chopard brand also prides itself in the use of ethically-sourced gold and gold pieces, and they remain committed to the use of sustainable gold for all the jewelry pieces they make.

Chopard timepieces have been worn by Colin Firth and Javier Bardem, among other famous names. Their products range from $2,000 to about $16.26million, with their most expensive pieces sold at an auction for $1,171,932.51 – this was a suite of emerald and diamond pieces of jewelry. 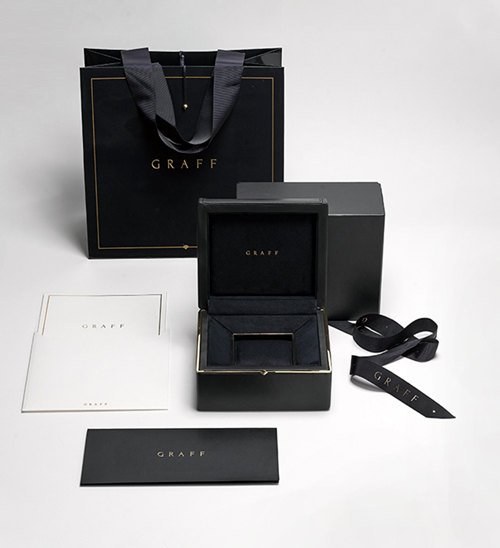 Graff is the other popular jewelry brand, and what you need to know about Graff is that it is one of the most popular British jewelry brands. It was established in 1960 by Laurence Graff, and the brand has successfully maintained its position as the leading jewelry brand in England for years one.

Notably, Graff made headlines for its large diamond jewelry designs, but they were also known for buying and then resetting some of the most prominent diamonds.

The most famous Graff diamonds include the Graff Pink, which is a large Graff’s pink emerald-cut diamond over 20-carat. There’s also the Delaire Sunrise, which is considered one of the largest emerald-cut Fancy Vivid Yellow diamonds worldwide.

Some of the celebrities who’ve worn Graff pieces include LMFAO, Melania Trump, Princess Charlene of Monaco, and the late Princess Diana. 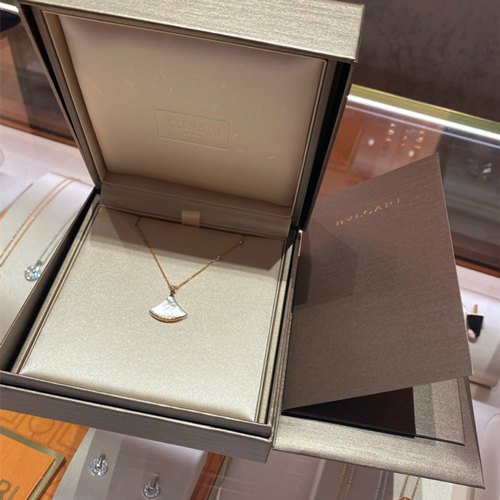 Bvlgari or Bulgari is a big jewelry brand that’s been worn by Gina Lollobrigida, Keira Knightley. Elizabeth Taylor, and Monica Vitti, just to name a few of the popular names that have worn the most expensive jewelry pieces by this brand.

It was established in 1884, and it’s remained a crowd favorite, especially among individuals searching for the best large and brightly colored jewelry pieces with a nice chromatic effect.

Bvlgari is also the brand that re-established the cabochon-cut gemstones cut from the antique times, making it a cut that most people love today.

Their most expensive jewelry piece ever sold at an auction was the Bvlgari Sapphire Suitor weighing 57.72carats in 2011 for a whopping $5,906,500. 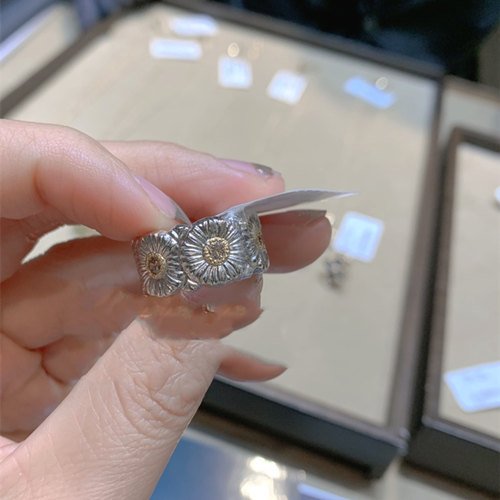 Buccellati is an Italian jewelry brand known for some of the most stunning jewelry pieces made of gold, platinum, and sterling silver. Founded in 1919, the Buccellati brand has grown significantly over the years and across the globe, and they are known for their unique pieces that are reflective of the Old Hollywood designs inspired by insects and animals.

By the 1950s, the Buccellati brand had grown significantly, and they had expanded into the US, with stores in Florida and New York, with their first collection of watches launched in Geneva in 2001.

Their jewelry pieces range from $2,000 to $50,000, and their most expensive piece ever sold is the Gold Buccellati Bracelet that was sold at an auction for $72,100. Some of the celebrities who wear the brand include Dwayne Wade, Celine Dion, and Sheikha Mozah.

These are the most popular jewelry brands in the world today.

They deal in the best fine jewelry pieces and have the best varieties of jewelry you could choose from.