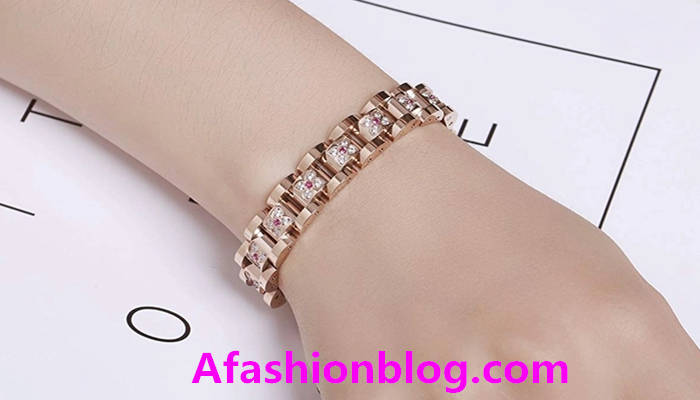 If you’re wondering what the fuss with magnetic bracelets is, we’re here to answer that. Before we get started on the benefits, we first have to talk about the logic behind having magnets on a bracelet. Well, it is believed that magnetic therapy- that is, the use of magnetic fields- can improve one’s health. It is a type of alternative medicine that seeks to alleviate pain and offer overall health benefits.

Magnetic therapy first came about in 1200BC and has been advocated for in the millenniums after. In the world today, people are getting back to alternative treatment, and there are thousands of people who self-report the benefits of wearing a magnetic bracelet. Let’s get into the various benefits said to come about from wearing a magnetic bracelet.

As a starting point, magnetic bracelets are said to improve circulation, lending to several other side effects from the same. The iron in the blood causes increased flow in the arms and wrists but also around the body.

The reason why that’s important is that it plays an essential role not just in improving one’s health but also in facilitating a speedy recovery from injury.

The other benefit of increased circulation is that toxins get to be removed from the body that much faster. If you want to increase blood flow, you can wear magnetic bracelets on each arm. However, switching between arms is just as beneficial.

2.Acts as a pain reliever

Also, when the calcium irons move around the body, they bring haste into the healing process in both the bones and the nervous system. The other part where the magnetic waves help is that they encourage the production of endorphins in the body; these act as a pain reliever as well.

A byproduct of increased circulation is that inflammation will reduce. The blood flow can bring about faster healing to the area that’s inflamed either by injury or infection.

With time, one ought to notice a decrease in swelling, redness, stiffness, and pain. Therefore, as part of your treatment, you can wear a magnetic bracelet on the arm of whichever side the body is inflamed.

It is believed that magnets can improve the body’s ability to produce melatonin. Thus, people with disorders get prescribed magnetic bracelets to enhance their ability to sleep soundly at night.

The magnets are a natural approach to boosting the pineal gland to produce more melatonin. With them on, you’ll be able to fall asleep quicker and have improved quality of sleep.

The magnets cause a magnetic wave to pass through your body. When that happens, there is increased energy as the body flows better. The soft tissues in the body equally lengthen and thus relax.

Given that it brings about healing in the body, you’ll find that you’re able to rest and be at ease in place you weren’t before and also in general.

Negative or positive pole: which is better?

There is more to magnets than just the healing benefits. If you’re wearing it for preventive purposes, here is what the negative pole and the positive pole do.

When the negative pole (marked by a green dot) is facing the wrist, one of the things that happen is that the pH of the body gets balanced. When that happens, there is restricted growth in unwanted microorganisms and getting rid of free radicals in the bloodstream.

The other effect of the negative pole is that it increases the body’s oxygen production, bringing added oxygen to cells in the body. As a result, the body ends up feeling more relaxed.

When selecting magnets, you should not go for the positive pole. That’s because research shows that wearing a bracelet where the positive pole faces you brings about an increase of acid production, and thus promoting the colonization of free radicals in the blood.

The side effects of these are the body retaining water and insomnia. Overall, you will feel drained because the positive pole will drain your cells of oxygen.

One aspect of alternative medicine is that there is usually little to no backing of experimental data. For that reason, people-based feelings of wellness and supposed benefits on ideologies that have been going around for centuries. That is the case the magnetic therapy. Skeptics point out that there is little evidence that aspects of the benefits stated are real.

There are also questions about the strength of the magnets used in the bracelets. It is a scientific truth that hemoglobin does get repulsed by magnetic fields.

However, the magnets used in jewelry today do not affect because of how weak they are. There are equally unable to balance the body, as stated in terms of realigning the magnetic fields within.

For that reason, it is assumed magnetic bracelets are said to work because of the placebo effect. People believe that the magnets can, for example, relieve pain, and thus the same happens, even though to a varying degree.

The benefits of magnetic bracelets largely depend on one’s belief in alternative science. Not everyone is keen to reach for modern medicine first when they have an ailment. Some are willing to pursue other means to achieve the same end of healing.

Therefore, your purchasing of a magnetic bracelet will have to be based on the belief that if it worked throughout the centuries for other people, it would work for you as well.

Additionally, you can use the magnetic bracelet along with other treatments, and it doesn’t have to be either-or. Find a course of action that works for you.

Guys, do not forget to read our latest posts or go to our fashion jewelry category for more.