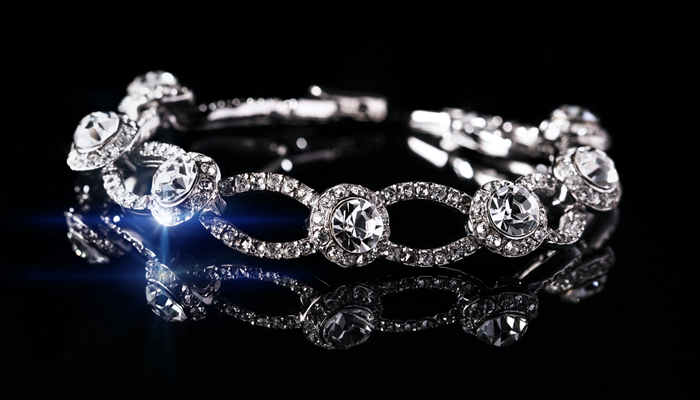 Fake diamonds are those that possess different crystalline composition compared to real diamonds. in recent times, they have grown in popularity because of their classic simulation of diamonds that is far more affordable than ever. Have you ever wondered what types are available and what they are made of?

Diamond imitations continue to increase in the market with the rise in technology. These fake diamonds could be in either the synthetic or natural category.

However, synthetic diamonds undergo chemical processes replicating their creation which strips them off the fake diamond status.

8 Types of Diamonds and How They Are Made 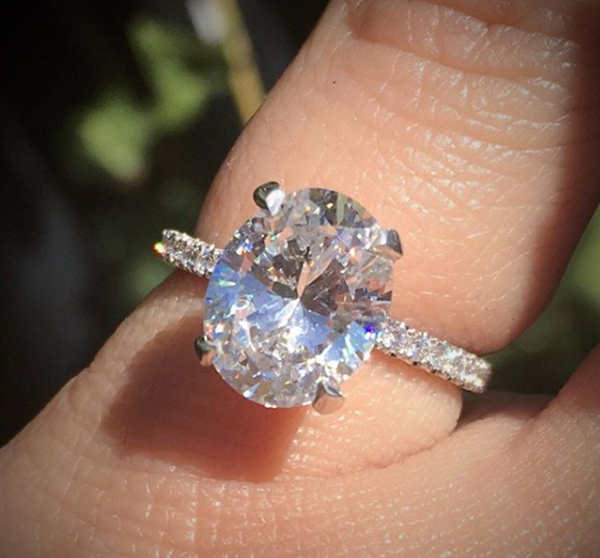 Though widely appreciated by the jewelry clientele because they are cheaper than diamonds, cubic zirconia is prone to scratches. This causes it to lose its crystal-clear brilliance over time.

A carat of cubic zirconia crystals retails at a cheap rate of 20 dollars against real diamonds market value of carat which stands at 1500 dollars. 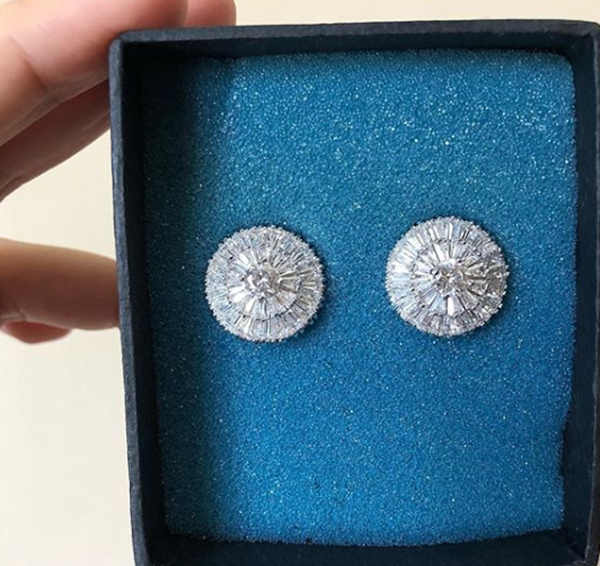 Not to be confused with cubic zirconia, which happens often, zircon crystals occur naturally and in a variety of colors too. Ranging from stones of brown, blue, red, green, yellow, and blended colors, these crystals are a natural constituent of rocks.

It has been in use for over 2000 years now and is composed of zirconium silicate which is a colorless mineral.

The different hues they appear in are created by impurities which are combusted into their structure as they form.

Zircon is a hard and stable mineral otherwise used in the industries of tiles, sanitaryware, and tableware. In the market, based on its color and quality, a zircon carat could go anywhere between 50 dollars to 400 dollars which is significantly higher than the cubic zirconia value. 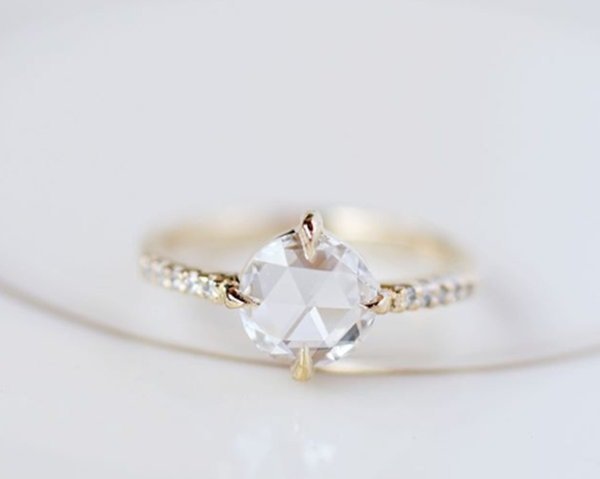 This is one of the best diamond imitation crystals available in the market today. With a Mohs scale score of 9.5, it is considered a stone that will last forever though it doesn’t make it indestructible.

These mysterious stones are referenced as born of the stars.

They were first discovered in 1893 by a scientist, Henri Moissan who came across microscopic particles of the gem in a crater that was the result of a meteorite that hit the earth. This is why the gems were named after him.

Moissanites match the brilliance of real white diamonds and are value at 269 dollars per carat which is more than we can say for the other diamond simulants. 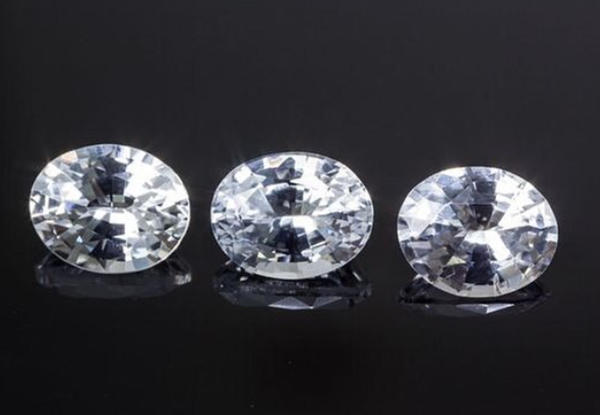 These are very transparent and clear-colored naturally occurring stones that can be found in mines located in Cambodia, Sri Lanka, Tanzania, Australia, and Thailand.

The best quality of white sapphire originates from Sri Lanka which is highly desirable.

On the Mohs scale, white sapphire scores a 7.5 which proves its inferiority to real diamonds. However, its clear white body color draws a lot of jewelry manufacturers and clients.

White sapphire is generally duller and cloudy in appearance and this means it will require regular cleaning to keep it shiny.

One carat of quality white sapphire could retail at around 400 to 100 dollars. 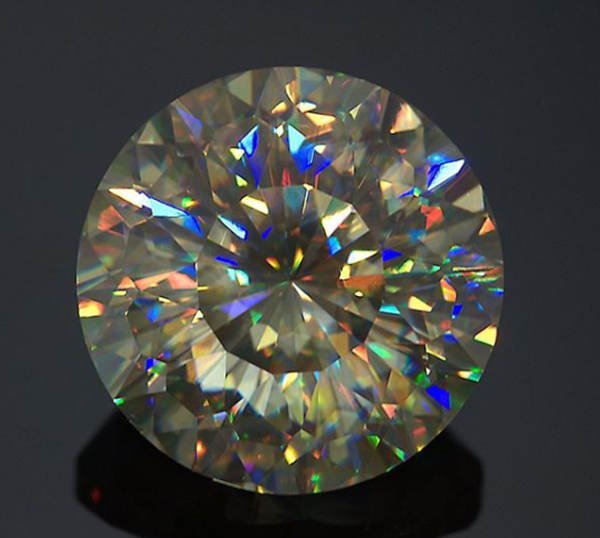 Though this mineral is found in shades of red and brown, synthetically, it can be created into a colorless gem to play the part of a diamond simulant. Its hardness is recorded as 6 to 6.5 which makes it a feeble diamond replacement that is prone to scratches.

It is made of titanium dioxide under high pressure and high temperature. It is commonly found around deep-formed plutonic rocks and also volcanic rocks such as kimberlites. You can find rutile in Norway, the Alps, or the United Statesollars per carat. 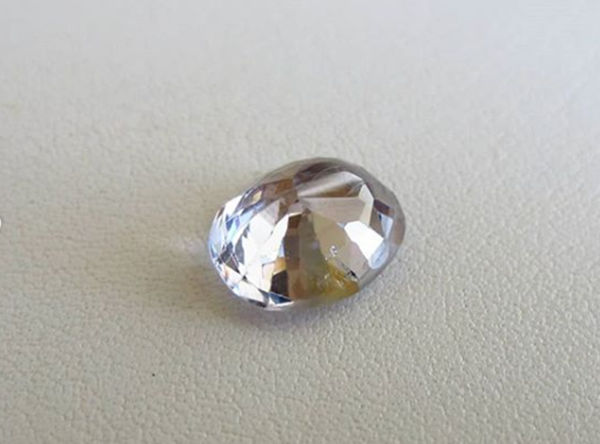 This mineral naturally occurs in a variety of colors such as red, blue, green, brown, black, and white. The white breed of spinel is clear and colorless making it ideal for diamond simulation. Their hardness is at 7.5 to 8 which is not too bad.

It is mineral highly resistant to physical weathering making it ideal for everyday wear with low risk of damage to your ring or jewelry.

Spinel is rarer than diamonds that don’t need to be treated but which is not as popular because it has never been marketed.

Coupled with its drawn-out similarities between it and the exquisite ruby, one-carat spinel sells anywhere between 600 and 1200 dollars 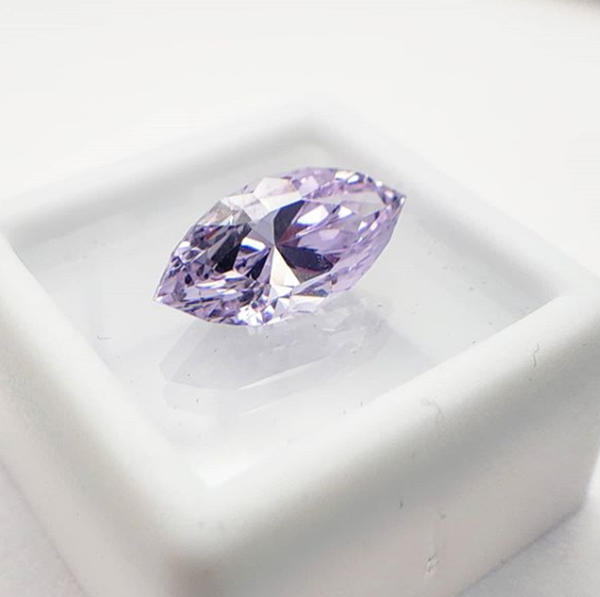 Not all synthetic variations of garnet can be used as diamond substitutes.

Of its many grades available, the Yttrium Aluminum Garnet (YAG) and Gadolinium Gallium Garnet (GGG) grades are the only ones that share properties similar to diamonds.

Different techniques for creating these diamond simulations produce a hardness scale of about 7.5 to 8.5. A carat of this synthetic mineral can go for as low as 500 dollars and as high as 9,000 dollars based on its cut, clarity, and color. 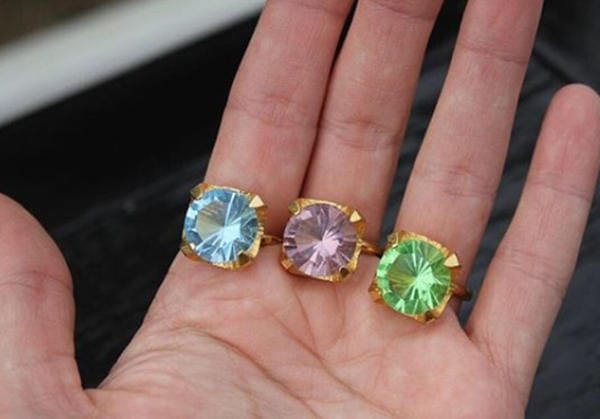 As cheap and readily available as glass is, it can and has been used as a diamond simulation.

Cut in various gem cuts and though visually convincing from afar, glass simulated diamonds possess a much duller shine compared to real diamonds.

Flint glass is formulated using lead alumina and thallium which increases its dispersion qualities. This flint glass is then developed into brilliants that make for great diamond simulants. Glass simulants are known as rhinestones which feature prominently in antique jewelry.

Their hardness rests at a low score of 6 and knowing the fragility of glass, this fake diamond is sure to get scratched and is prone to denting.

Fake diamonds are growing in number and this is a trend that will not stop any time soon.

The affordability and ethical considerations of fake diamonds as compared to real diamonds have cemented their position deep within the jewelry world.