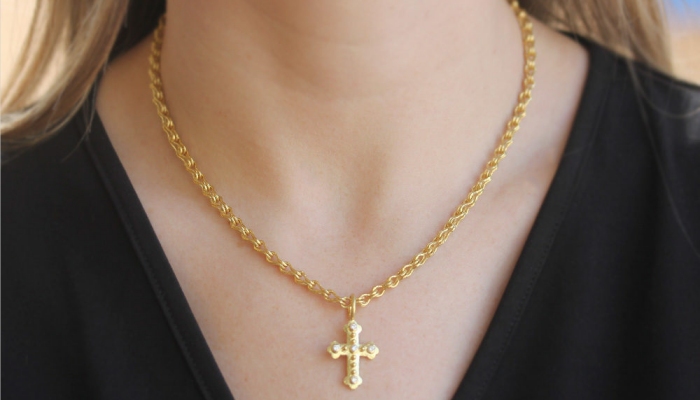 Crosses are the oldest and the most recognized symbol of religion from different places all around the world, and it is regarded as the most instantly recognized, famous, and symbolic instrument for all Christianity.

The cross gets its meaning and significance from the fact that the cross represents the crucifixion of Jesus Christ.

And now, more than 2000 years later, the cross has been one of the most symbolic pieces for Christians worldwide, and it’s been incorporated into different spaces and areas in jewelry, architecture, literature, and most importantly, worship.

That said, the cross comes in different styles and types. But before you buy the cross necklace, it’s essential to take note of the fact that there is a difference between the words cross and crucifix, contrary to popular beliefs.

A crucifix is a cross that features the image of Jesus on it, hence its symbolism of the crucifixion of Jesus. On the other hand, the cross represents the plain cross without the image of Christ.

Today, everyone wears the cross, from Protestants and Catholics to Orthodox Christians, among others.

But with many other types of crosses around, which type of cross necklace should you choose?

Types of Cross Necklaces and Its Meanings

1. Jesus on the Cross (Crucifix Cross) 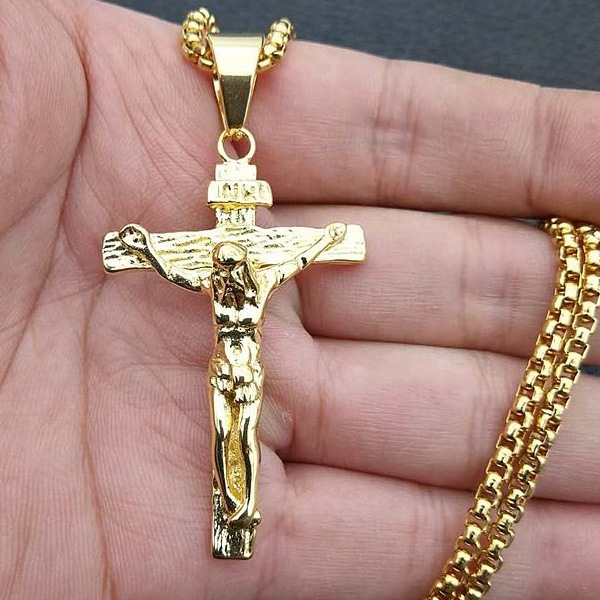 This is the most common type of necklace, and it features the image of Jesus on the cross or even the crucifix, and it’s quite common and used in jewelry, art, and also in architecture.

This crucifix is designed to emphasize Jesus’s sacrifices by dying on the cross for our sins. As a result, this cross is quite common among Catholics, as well as the Eastern Orthodox churches, where it is deemed a holy icon. It is also the most common type of cross necklace. 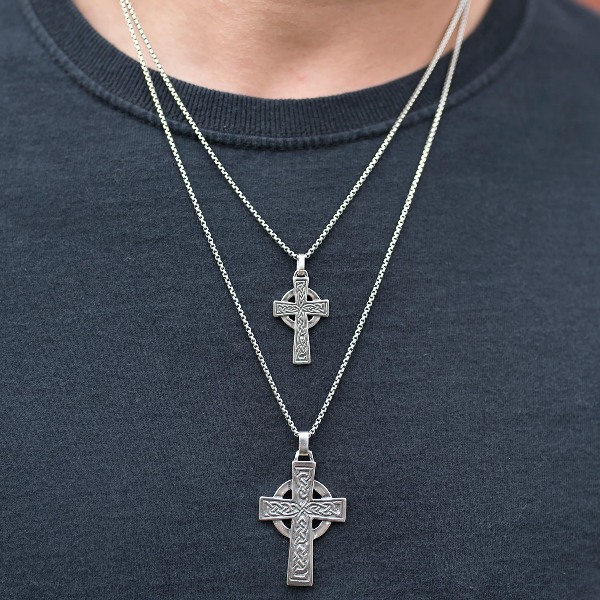 The other popular type of cross necklace you may like is the Celtic Cross, which represents a version of the cross developed back in England, Scotland, and Ireland in the 5th century.

This cross is unique and features a cross with a circle set behind a cross, representing a halo ring. As a result,  it’s one of the most popular styles of crosses across England that was used in jewelry and also used in fashion.

For years, the Celtic cross has been the symbol of the deep cultures of the people of the Celtic and Irish heritages. 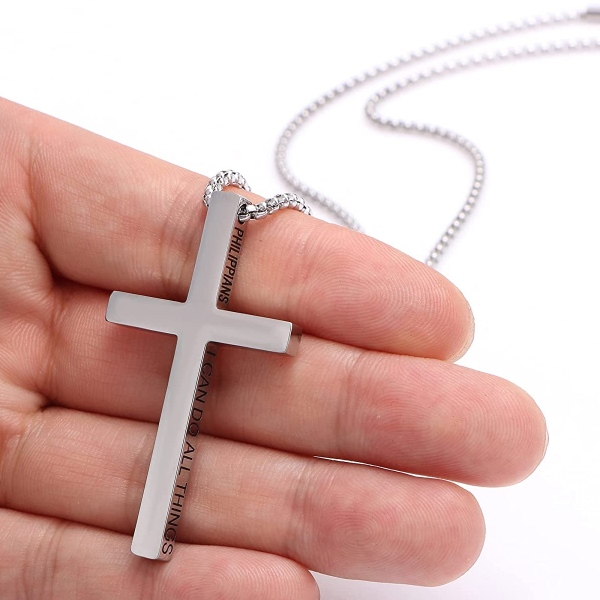 Also called the Latin cross or the High Cross, the Christian cross is one of the most famous and also instantly recognizable cross. This cross is designed uniquely, with its base arm being longer than the other 3 arms of the cross.

This cross is simple and a symbol of the wearer’s faith. Wearing this cross is believed to bring the wearer protection, and as an important religious symbol with deep spiritual meaning, it brings the wearer a great deal of peace and comfort. 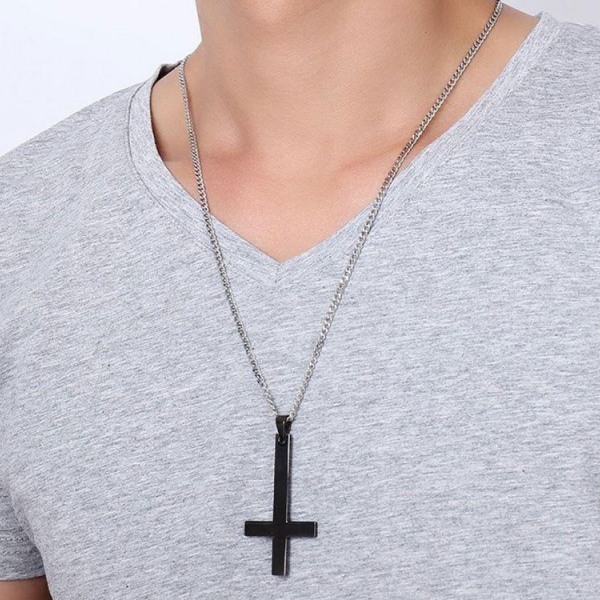 The other popular type of cross that you may come across is the Upside Down Cross, also known as the Cross of Saint Peter.

This cross is the symbol of the modern revival. Its origin is from the Catholic tradition that St. Peter, Jesus’ apostles, was crucified in an upside-down position. 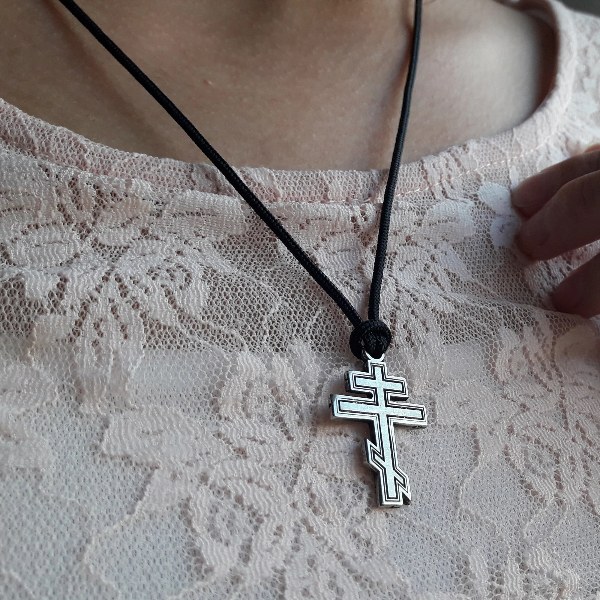 This cross style has been incorporated into paintings and art for more than a millennium and makes the most beautiful forms of jewelry. 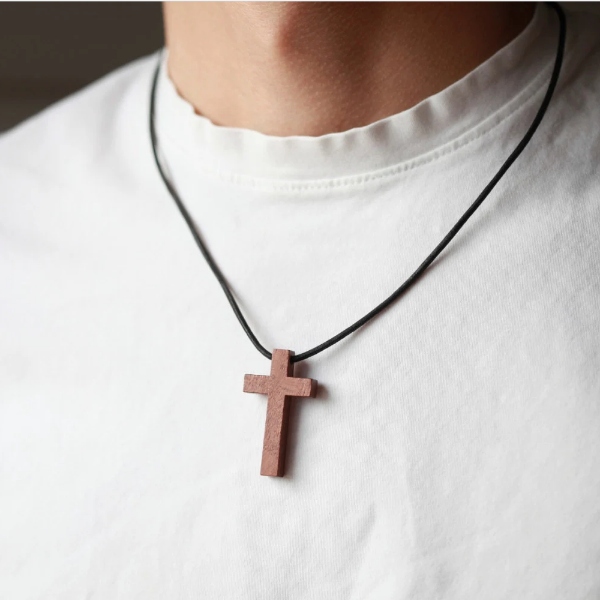 The Wooden cross is a beautiful and also the most understated version of the jewelry crosses worn today, and the thing that makes it stand out is the fact that this cross often worn on necklaces represents the underlying simplicity of the spiritual meanings and the belief that Jesus was crucified on a cross made of wood. Today, a wooden cross necklace is an iconic statement worldwide. 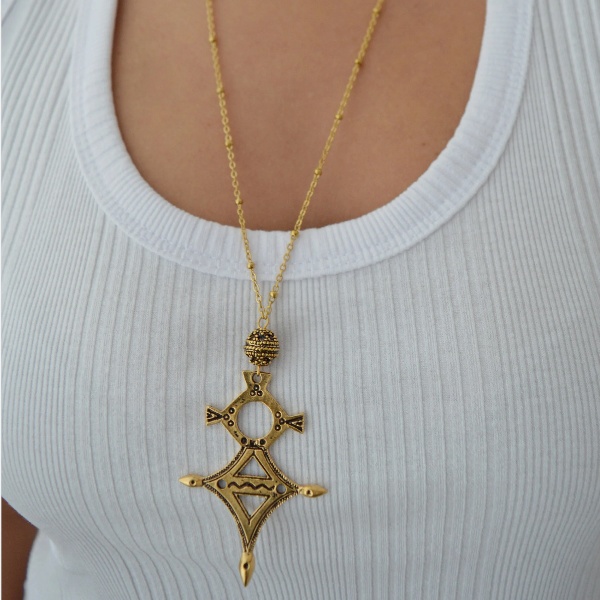 You may have seen this cross before. The Coptic cross is known for its arms, divided into 3 points that are often made of flowers, leaving you with a stunning, decorative cross.

Altogether, the Coptic cross has 12 points which are believed to represent the 12 apostles. For years, it’s been used by the Coptic Christians.

The cross has always been regarded as this extravagant emblem, hence its incorporation into architecture and jewelry in most parts of northern Africa. 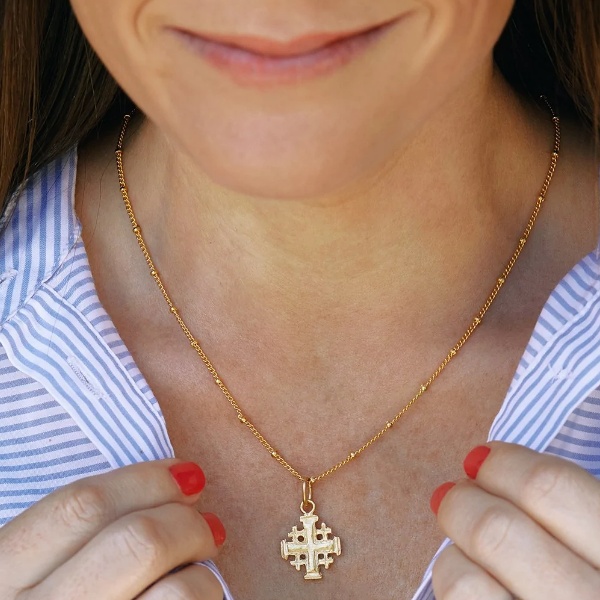 Also called the Five-Fold Cross, the Jerusalem cross is a type of cross that is designed beautifully in a heraldic cross style, surrounded by 4 other crosses.

This heraldic cross dates back to the Middle Ages when it was incorporated on shields and family emblems in European noble families. This cross is symbolic of the Kingdom of Jerusalem. 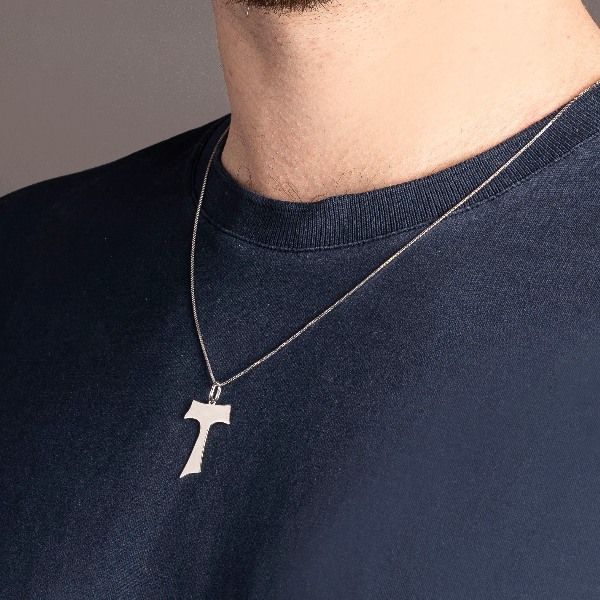 This is an infamous T-shaped cross designed with all 3 ends extending from one spot, hence the fact that it looks like the letter T, notably named after the Greek Letter Tau.

This letter has been of great religious significance for at least 2000 years. In addition to its rich history, the cross makes one of the most beautiful crosses used in jewelry and necklaces. 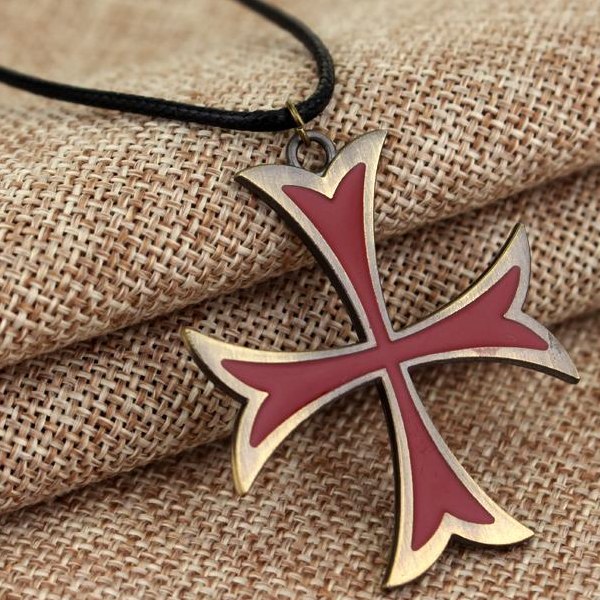 This cross is known for the image of the Knights Templar, whose arms narrow in the center while flaring out as the cross’ branches extend. This cross worn by the Templars’ robes symbolized martyrdom.

And for the knight, martyrdom was regarded as a great honor, and the fact that wearing the cross symbolized having a safe place in heaven. 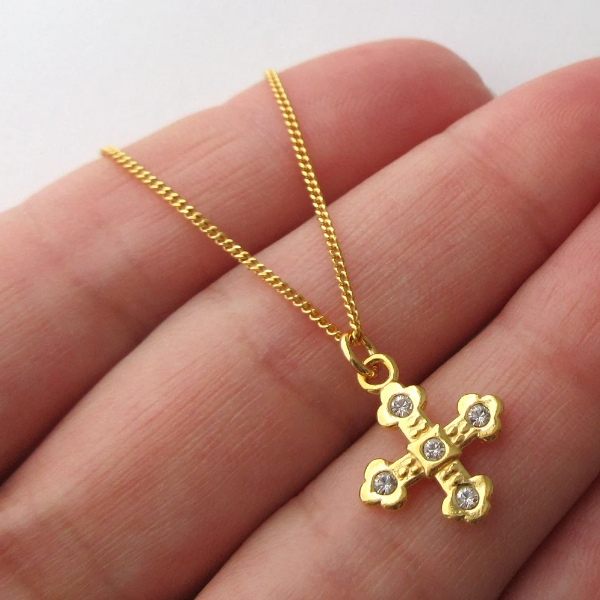 This cross is also quite popular, and it’s known because it features equal arms on all4 sides.

It also boasts a short and stout design giving off a masculine feel. It dates back to the 4th century.

Whether you wear it as a necklace or any other type of jewelry, there are different types of cross, as listed above.

There is always something for everyone depending on the meaning or symbolism you wish to pass across.