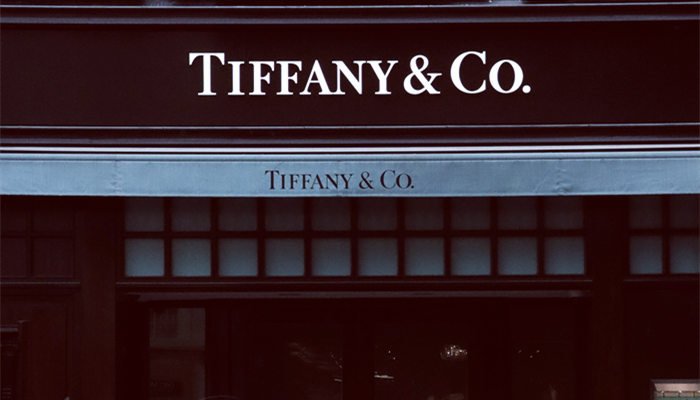 Looking for a historical account of Tiffany & Co? Or Tiffany and co history timeline? Here is a detailed look at the history of Tiffany & Co and how this high-end fashion company has evolved over the years!

This year marked the genesis of the story of Tiffany & Co. as the company opens its first store in New York, and they made total sales of $4.98 with all the products in the store marked with a non-negotiable price of $4.98.

The opening of the first store and the establishment of this iconic brand was pioneered by Charles Lewis Tiffany along with John B. Young. This store based at 259 Broadway was at the time called Tiffany $ Young and categorized as an emporium for stationery and a fancy goods.

In addition to the establishment of the first Tiffany & Co store in New York, 1837 also saw the launch of the luxurious and brand-standard Tiffany Blue Box. The now popular and Tiffany-patented shade of the blue color was settled on this year, and it is said that this hue of blue was chosen as a symbol of the brand’s renowned reputation thanks to their high-quality pieces of jewelry and the elegant level of craftsmanship. Today, this color is used by Tiffany & Co for shopping bags, catalogs, as well as their advertising media. Today, this color has been trademarked as Tiffany & Co’s brand color, and no jewelry box or packaging box can be purchased from them without this blue color, a feature that adds a high level of exclusivity to the brand.

Notably, Tiffany’s Blue Box boasts decades of fame, not just because of the decision to trademark the color but also because the jewelry sold by the company boasts the best design and quality features.

Tiffany’s first-ever catalog was published, and the company has maintained this tradition to date. In this year, Tiffany also introduced Americans to the best of luxury goods. The catalog still goes by the same name today – Blue Book, and they still have an annual release for the catalog, featuring some of the world’s rarest pieces of jewelry/ gemstones.

This year, Tiffany & Co became the first American-owned jewelry company to make use of the high-quality silver alloy, 925/1000 silver, to make jewelry. This version of silver met the highest sterling standards later adopted in the US, as the US Sterling (Silver) Standard. Since then, Tiffany & Co’s silver designs elegantly capture the attention of jewelry lovers all over the world.

This year marked the official naming of the jewelry company as Tiffany & Co, as Charles Lewis Tiffany assumed complete control over the company, naming it as a result.

Tiffany & Co wins the award for excellence at the reputable Paris Exposition Universelle, thanks to the use of the best quality silver, becoming the first American company to win the award.

Charles Tiffany made the presentation and an introduction to unveil the Tiffany Diamond – this diamond is the largest and also the finest quality yellow diamond. The unveiled stone was then cut into a 90-facet diamond weighing 128.54carats. The diamond exists to date, and it’s up for viewing on Tiffany’s Fifth Avenue New York Store on the first floor. Note that this is the same Tiffany Diamond that Audrey Hepburn wore in publicity photos for the famed 1961 movie, Breakfast at Tiffany’s.

This year saw the introduction of the stunning 6-prong solitaire diamond engagement ring by Tiffany. This ring is quintessential, and it’s since played a huge role in the world’s biggest recorded love stories. This engagement ring is a celebrated piece of jewelry that is held in high regard worldwide, thanks to the diamond’s design and the fact that the diamond maximizes the brilliance of the diamond as the prong setting raises the diamond off the metal, allowing it to shine in the light.

Tiffany & Co had their purity standards acceptable for their platinum jewelry by the US government, a big move for the company.

As the company expanded, they moved their store to the new Fifth Avenue store on 57th Street in New York City, which was a big move for the company.

The novel, Breakfast at Tiffany’s premiered as a bestseller written by the novelist Truman Capote was published. One of the characters in the book, Holly Golightly, was adapted into a fictional character from one of the most celebrated personalities of the time.

The book Breakfast at Tiffany’s was adapted into a movie and released this year by Paramount. This movie starred Audrey Hepburn. 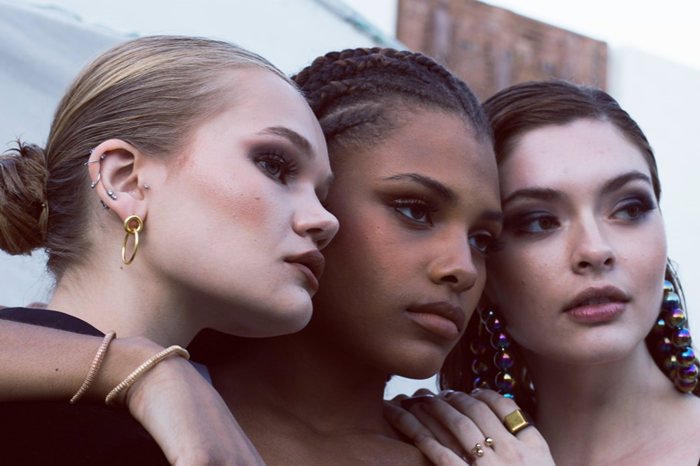 As Tiffany & Co rapidly expands, they make a move to open their first overseas store in Japan. The boutique store was situated in Japan’s Mitsukoshi Department store, and this expanded the company’s standing in the jewelry world.

First Tiffany’s London store opens on the busy Bond Street, a move that initiated their Foray into the robust European market

Tiffany & Co starts trading stock in the NY Stock Exchange as they celebrate 150 years of existence. To mark the day, the best of Tiffany & Co silver and diamond jewelry is showcased in retrospectives throughout the US.

Tiffany & Co unveils their newest, most elegant engagement ring, a new engagement ring coming in 114 years following the introduction of the 6-prong set ring. This engagement ring was trademarked Lucida, a modern design masterpiece and Tiffany’s original piece of jewelry that would be regarded as a Jeweler’s Tour De Force.

Tiffany & Co forms its Foundation, a move that would see the company’s expansion of their scope, specifically in the corporate giving, including grants give to different not-for-profit organizations focused on education, as well as the arts preservation, as well as environmental conservation. The projects under the Foundation include projects done with World Wildlife Fund and the NY Restoration Project.

Tiffany introduces their Legacy Collection featuring the best of diamond engagement rings, as well as wedding bands. The designs adopted for these rings were inspired by different designs from the Edwardian jewelry designs and also designed in Tiffany’s Archives. Part of the Legacy Collection jewelry options includes the gorgeous and patented, cushion-cut diamond rings featuring exquisitely designed bead-set sparkling diamonds evoking the elegance and glamor of the earlier days. The Legacy Collection would then grow into an entire jewelry line featuring bracelets, earrings, and pendants.

Tiffany’s Novo was introduced. The Novo is the most brilliantly designed cushion-cut diamond. This was created with such fire, spirit, and style whose inspiration was the world-famous 128.54carat Tiffany diamond, representing the perfect glimpse into modern jewelry designs.

Tiffany & Co opens a store on 37-Wall Street, a 25-story building built back in 1907. To create the big store envisioned, they also embarked on a comprehensive restoration project for this building, preserving its original beauty.

A grand, permanent home with the most complicated and the rarest timepieces was opened – the Patek Phillippe Salon on the building’s Mezzanine floor of their flagship Fifth Avenue store, making this the 157th –year partnership for Tiffany and Phillippe.

Tiffany & Co celebrates their 175th Anniversary, a celebration marked by the reset of the Tiffany Diamond to honor their anniversary. This year, Tiffany also introduces the Rubedo metal. 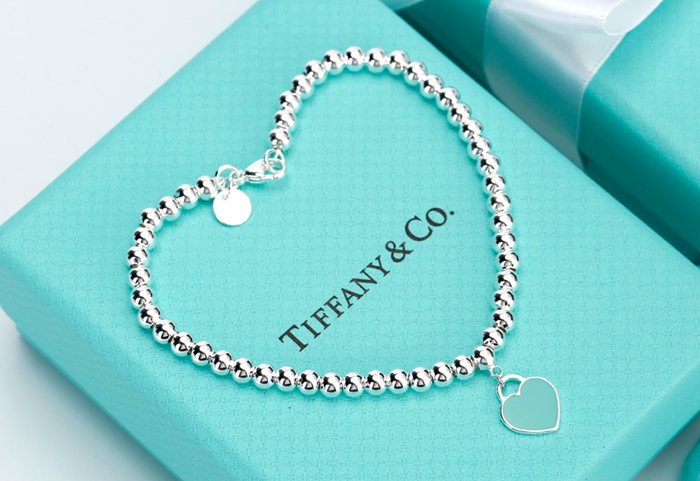 Tiffany T, an icon for the new era, debuts this year. This collection captures the happiness, creativity, strength, and love they stand for.

This year sees the appointment of Tiffany & Co’s first Chief Sustainability Officer to lead in their pledge towards net-zero emission of greenhouse gases by the year 2050.

The company launches Tiffany HardWear, a collection that is inspired by the archival Tiffany & Co, Jewelry designs, and it is the perfect embodiment of the power of the City of New York.

The Save, the Wild Collection also launched in 2017. And 100% of profits from this collection donated to Wildlife Conservation Network to encourage and support the preservation of rhinos, elephants, as well as lions. During the launch, Tiffany pledges to donate $4M by December 2019.

Also, in 2017, the Blue Box Café opens up at their Fifth Avenue Flagship Store, a café that allows everyone to enjoy actual breakfast at Tiffany & Co.

And finally, 2017 sees Tiffany’s launch of their fragrance collection and the release of their first scent called the Tiffany Eau de Parfum, followed by Tiffany Sheer and Tiffany Intense. 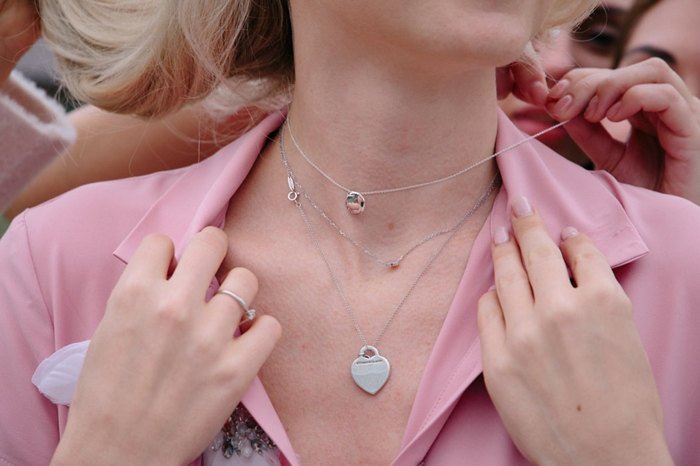 Tiffany launches the Tiffany Paper Flowers collection, which is a juxtaposition of femininity and strength.

They also commit $1M towards the conservation of the Great Barrier Reef in Australia.

Launch of the Diamond Source Initiative in which Tiffany pledges to provide the necessary provenance details for all their newly sourced diamonds and also the individually-registered stones, in a bid to enhance transparency.

There is the debut of T1, an iconic collection for Tiffany that captures optimism, strength, and courage.

And, there you have it, a complete timeline of Tiffany & Co.  Thanks for reading! If you want to know more about fashion jewelry brands, please visit here or here!