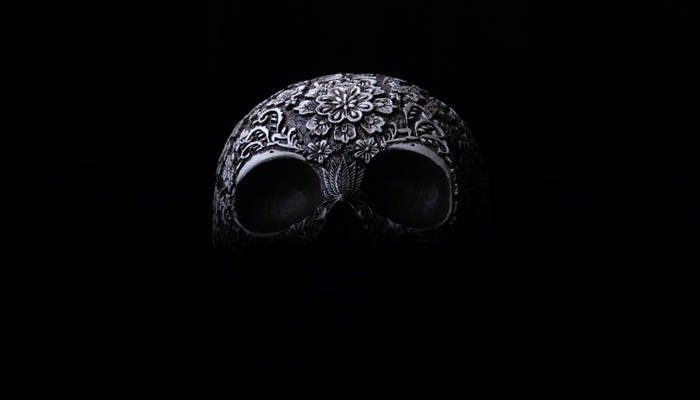 What are the spiritual meanings of skulls? Skull tattoos and jewelry have been around since time in memory, but the jury is still out on whether they’ll ever be widely accepted.

It is a symbol that has many meanings, and most people in mainstream culture have taken it to mean something more than death.

They are wearing it to express a spiritual aspect to their lives- it’s no longer about wanting to be cool, morbid, or scaring one’s grandmother. Let’s have a look at these five spiritual meanings of skulls.

Do keep in mind that a lot of these meanings change across the globe, and do hold personal meaning based on one’s context and perspective.

Of course, this remains a top meaning. It is why you’ll see the skull symbol on a warning sign that makes it clear death is the likely outcome of ignoring it.

The part that makes skulls remind people of death is the circumstances we never see it at. 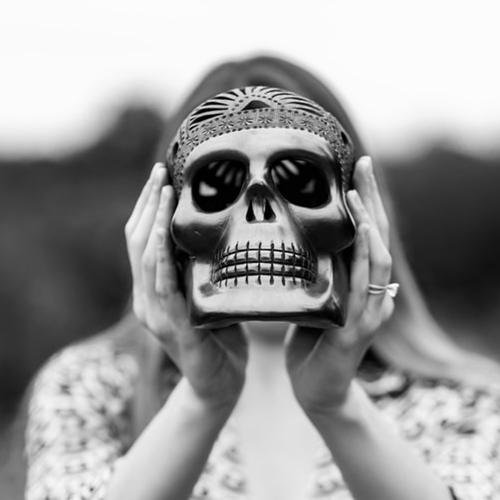 You wouldn’t want to see the skull of a loved one you’ve lost, and a skull is a stark reminder that their soul is gone, their body is decomposed, and they are no more. That is something extremely hard to process without being emotional.

However, for others, it is a reminder of our mortality. It points to what will happen to us one day, and for some, that brings about a realigned focus to make the most of life.

Even so, the only time it’s comfortable to see a skull is the plastic ones that are permanent fixtures in science labs and Halloween décor.

For others, it is getting jewelry or a tattoo of a skull to firmly remind them of how we’re mortal beings. Even so, death remains the top spiritual meaning for the skull.

The skull doesn’t always mean death, but it can be a reminder that it’s likely. Villages since time immemorial would put the skulls of their enemies on posts to let trespassers and other foes know not to mess with them.

If you see it on a product label, then you know to adhere to the warning as well. That’s what gives the skull so much meaning.

When you see it, you’ll most certainly think twice. You wouldn’t want to go down a road with such a symbol.

In the spiritual realm, a skull can help you keep away from things that can cause you peril. For example, you can wear a skull bracelet that could keep away unwanted energies actively or otherwise and protect yourself.

Whether it’s for you or others, it helps to keep us on our toes as we travel through life and is an apt symbol for protection. 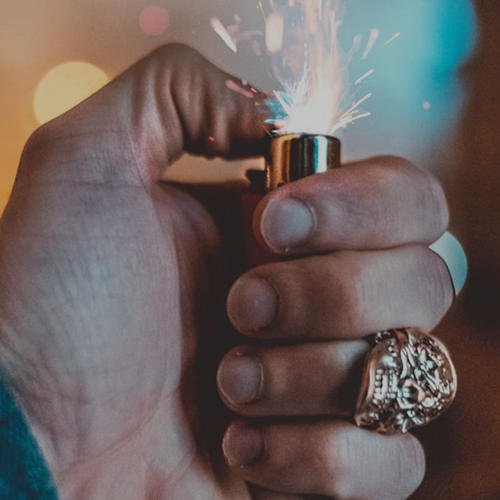 The Day of the Dead or Día de Los Muertos is part of Mexican culture where people that share this heritage celebrate the dead. It is a vibrant day where the living celebrates those who lived before them and offering prayer and remembrance to them.

The day is observed with the creation of altars on the graves of loved ones, with traditional dishes present too.

The day is filled with all kinds of colors and patterns that you can think of, with people painting their faces or wearing a skull mask with intricated designs around the eyes and mouth.

Instead of families mourning the death of their lost relatives and death, it is quite the opposite.

It is a celebration of the life that they lived, and offering thoughts to them, acknowledging that they existed and mattered.

That is not mainstream in how a lot of cultures across the globe treat those departed. However, it remains a spiritual meaning for skulls in that particular context and other countries such as the Philippines, Ireland, Haiti, and India. 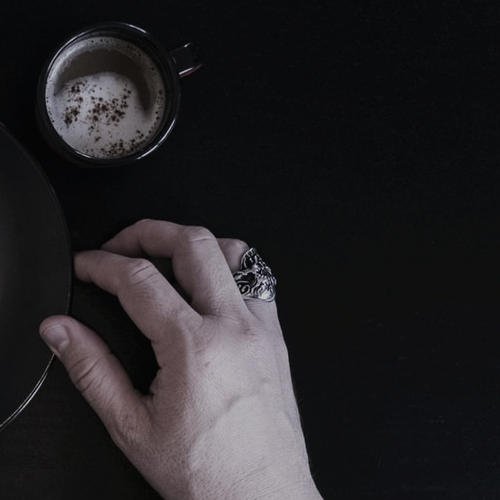 While it seems unlikely, we have to look at skulls a different way to understand this next one. The Grim Reaper is the male or female personification of the being that helps people transition from the earth to the realm of the dead.

The idea of who they are varies based on culture and depictions in the media. In some cases, they come to collect your soul.

In others, they are neither good nor bad, but a handy guide that takes a person’s soul from their body and on to the afterlife. The Grim Reaper, therefore, has no bearing on how you die.

With that in mind, it’s easier to look at this character differently.

A lot of cultures across the world give these spiritual creatures status or consider them as a deity with the ability to know one’s death. It also implies that they are knowledgeable about one’s passing from life to death and what that is like.

When you don’t ascribe the Grim Reaper and other manifestations of the same as positive or negative, it becomes easier to appreciate the wisdom they possess about these two different worlds. 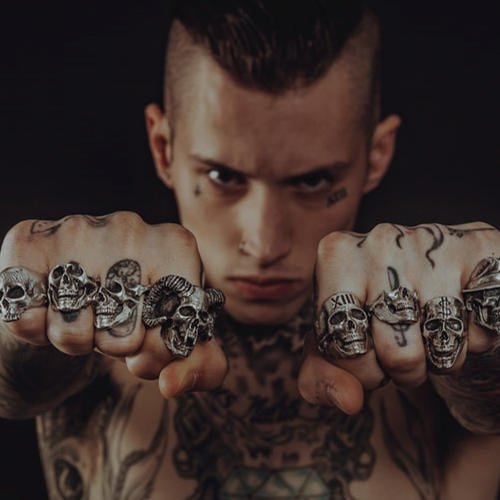 Pirate flags and other symbolic pieces have always been what represent tough people.

In the now, it might not translate to fighting and death, but it most certainly can mean bravery.

When you look at bikers and other people who wear or have the skull in them, for them, the meaning is quite different, if not inspiring.

It is not to mean that they are a threat to others. It means they can bravely withstand what life throws at them. It is about resilience in life and comradery in the membership club or group they’re in.

If you’re thinking of joining such a group, then you can ask them what it means for them.

In your own right, having some battle scars that life brings can warrant wanting to adopt skull imageries. There are those who, after surviving a near-death experience, would want to show that they are tough and that they’ve made it through.

Think of times in your life where the skull would have been an even better representation of what you were going through.

What do skulls represent in the bible?

There is no direct representation of what the skull is in the bible, but theologians have teased out some of the symbolism.

The apparent mention is the death of Jesus Christ on Golgotha or Calvary that in Amharic or Latin calva means “skull.”

The hill was indeed shaped like a skull, and it was where executions would take place outside Jerusalem city walls. Having lost His life there, but also having resurrected, we can consider looking at death differently.

Jesus primary teachings were about the Kingdom of God, but about it being in the mind and heart, and not about an actual structure.

You can, therefore, choose to think of where He was crucified as a place where His followers should perhaps do the same for their carnal mind and transform and live a life based on God’s commands and precepts.

As with symbols everywhere, there is no universal representation of what it means on a spiritual level.

We do hope that these five ways of looking at the skull give you a greater picture of why people choose it to bring meaning to their lives.

For more posts, please visit this page for more tips.