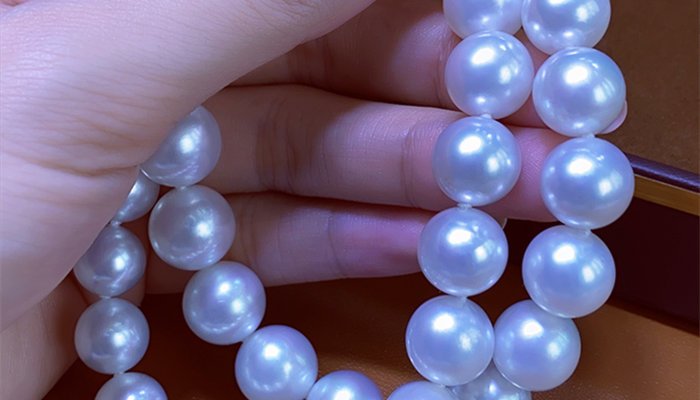 Want to know about the spiritual meaning of a pearl? As you know, gemstones have different spiritual and metaphysical properties and/or powers, depending on the elements of the gemstones and their association with the spiritual world.

Aside from rubies, diamonds, and sapphires, the pearls also bear specific meanings and spiritual associations.

And in this article, we’ll look at the pearl and everything you need to know about the pearl’s spiritual meaning and its spiritual associations. So, let’s get into it!

Spiritual meanings of the pearl 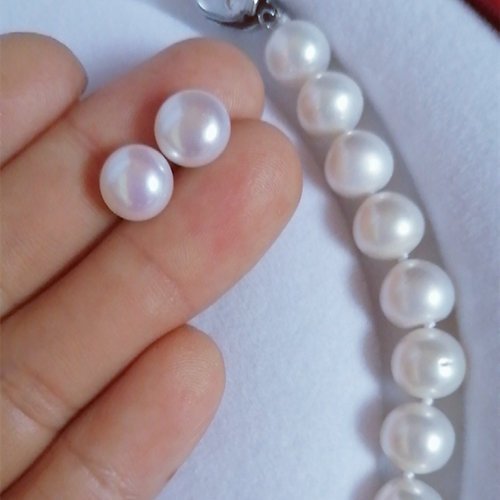 The pearl is regarded as one of the most powerful symbols of wisdom that is gained through time and experiences. These gems obtained from the sea are said to have the power to protect you when you wear them. Others believe that the pearls attract wealth and good luck or that the pearls speak of the integrity and the purity of the wearer.

Pearls are also regarded as a token of love, affection, and good luck. Across cultures, however, pearls are highly valued for the fact that they represent and carry wisdom and also offer immense calming effects.

They also represent serenity, and in relationships, they have the power to improve and strengthen the value of your relationships while also conveying a feeling of safety.

In other spaces, pearls symbolize loyalty and integrity, and purity. 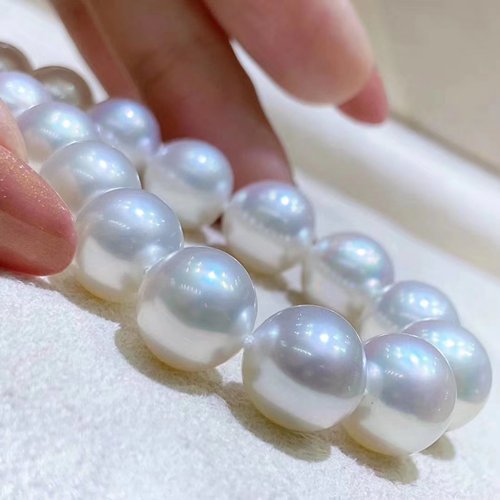 From the information above, it goes without saying that pearls and the symbolism around them is rather complex.

There is always more than meets the eyes when it comes to pearls, and spiritual meanings and symbolism around pearls can be a little more complex than you thought it would be.

It is, therefore, important to know that the symbolism behind the pearls will always feature different facets, but even these are not at odds with each other.

So, what are the spiritual elements of the pearl? And will wearing pearls bring you some enlightenment or just enhance your life spiritually?

Well, for starters, a simple definition of the pearls in the spiritual sense is important. According to Mircea Eliade, the pearl, in its most generic sense, can be defined as that which is ‘born of the water.

This has been interpreted to mean born of the Spirit because water is known for having the closest vibrational level to that of the earth; and so, at its most spiritual level, the pearl is believed to be a representation of the spiritual world that is made manifest in our physical world. But this is just one of the meanings.

And before we delve deeper into the spiritual aspects of the pearl, let’s look at the background of the spiritual significance and associations with the pearls. 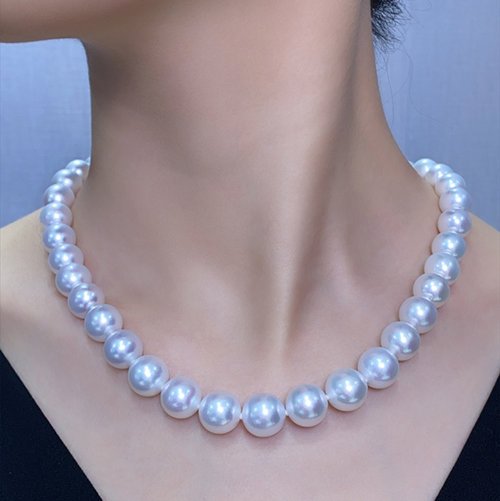 What you may not know is that all the symbolism of and around pearls can be traced back to prehistorical times, but today, pearl symbolism is recognized all over the world. But the oldest beliefs and symbolism of the pearls have to do with the fact that the pearl is considered one of the 8 common emblems representing Chinese traditions.

Pearls were seen in Taoist temples in Taiwan and Southern China, where they featured the flaming pearl between the two dragons on the roofs. The use of pearls then was believed to be the symbol or a representation of the spiritual world.

The pearl is also the symbol of wisdom that is gained through peace and serenity. It also represents wealth and integrity and will also strengthen and offer protection in relationships. Of course, these beliefs come from different places/ sources, but the most common one is the Japanese beliefs in mermaids, nymphs, and angels, who they believe made pearls from their tears. This suggestion shows the connection of pearls with such beautiful creatures, and the gemstones would, as a result, bring good luck.

And in ancient Persian legends, pearls were created from the interaction of the rainbow with the earth when the rainbow came to earth after a storm.

Christian Beliefs and meanings of pearls 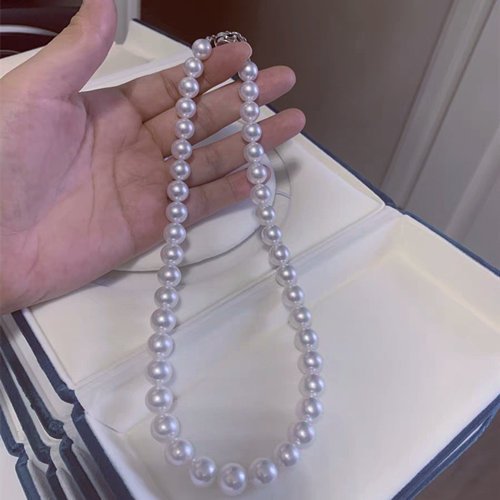 Black pearls, whose importance grew thanks to the Ancient Chinese civilizations, note that the pearls were made inside the dragon’s head and were carried between the dragon’s teeth, meaning that their retrieval was only possible after the dragons were slain.

In the bible, the story of Adam and Eve, it is believed that after Adam and Eve’s casting out of the Garden of Eden, their cries and tears formed lakes full of pearls.

Eve’s tears are said to have created the white pearls while Adam’s made the black pearls. This is also the same reference to what the Greek civilizations believed to be the source of the pearls.

In Ancient Rome, the pearls were considered to be the symbol of social status and wealth, and it was believed that people who owned pearls enjoyed long, healthy lives.

The pearls were often worn during the crusades because they were believed to offer the wearers protection, and because of their shape, they symbolized eternal life.

The Flaming Pearl, in Buddhism, Taoism, and Hinduism, is a symbol of your inner wisdom and also the connection that humans have to or with the divine energies.

It is also considered an introspective gemstone that encourages its wearers to discover their true selves and also what one’s purpose is.

These religions believe that the pearls allow the wearer the capacity to celebrate one’s wisdom while enhancing one’s level of awareness. 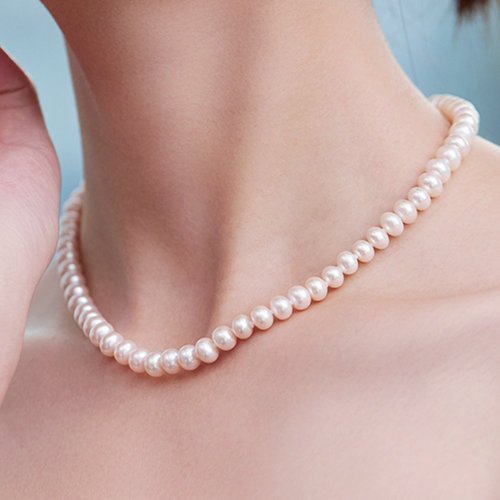 And so, thanks to the powers that the pearls were associated with, they were (are) highly prized by the magicians and wizards who use them to ward off unwanted energies, especially from the otherworld.

Mother of Pearl is one of the most popular types of pearls, and pretty much everyone who wears it believes that this pearl brings them good luck. Even individuals who don’t think that they are superstitious still believe that the pearls bring them good luck, noting that good things come their way every time they wear the pearls. 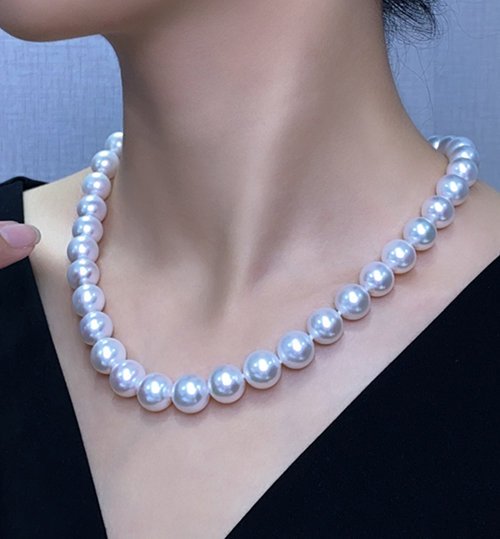 The pearls are believed to have the power to balance the Heart Chakra. This is important because when your heart chakra is out of alignment, it manifests as outbursts of anger or jealousy, and you may not understand why that is happening. At the same time, you may want constant confirmation from the people in your life and even lack compassion.

The pearl is believed to have the power to balance this. How? Well, the pearl connects the lower chakras to your higher chakras, helping you attain balance.

Carrying the pearl would therefore help improve your innate healing abilities, and it will encourage self-compassion. It also enhances your immune function for peak performance while encouraging a healthy circulatory system. It can also improve tissue regeneration when you wear it close to or over the heart.

Pearls also improve the third eye chakra when it’s misaligned, and you feel too sensitive to people’s opinions (of you). The gemstone would enhance your visualization and perception more intuitively, making you more calm, patient, or and perceptive.

Pearls are stunning gemstones that would also improve your life and spiritual wellbeing in different ways. It is a symbol of perfection in all aspects of your life, which is why it is highly prized.