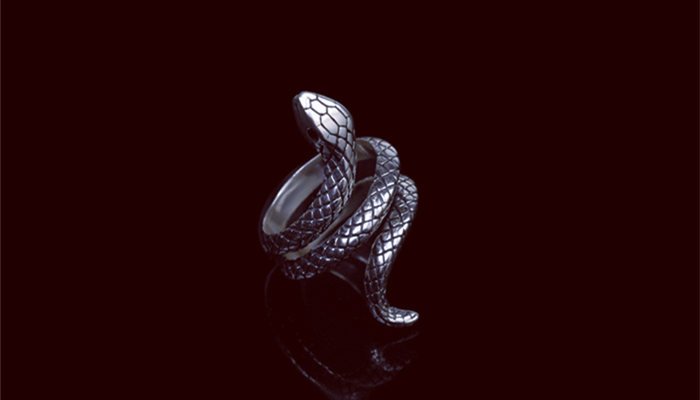 What’s the first thing that crosses your mind when you come across a snake ring? Are you against all things that bear the name or a semblance to snakes and serpents, or are you more daring and somehow feel drawn to the mystery around the snake rings?

Whichever side of the divide you are on, this article is just for you. Here, we’ll take you through everything you need to know about snake rings and the symbolism behind the snake or the serpent rings. So, let’s jump right into this!

Do not forget to check this post: snake jewelry meaning!

A brief story of snake rings

Snake rings have a very rich history, dating back to Ancient Greek times. In Greek Mythology, snake rings were specifically worn as a way of honoring Asclepius, the god of healing. This god of healing is said to have been struck down by Zeus because Zeus was afraid that Asclepius would be able to transform all of mankind into immortal beings. However, the first evidence of the ritual behaviors around snake rings date back to a 70,000-80,000 years old rock in Botswana that is snake-shaped. This rock is located in Tsodilo Hills, and because of the religious beliefs of the people around the region, this region would then be named The Mountain of the Gods. This rock that looks like a snake is also said to take on the appearance of a somewhat wriggling snake whose motion seems to comes from the thousands of notches that are carved on it, and every time it flickers, it causes some changes in the light reflected. Several spiritual rituals have since taken place there.

The other civilizations known to believe in the snake gods were the Mayans, and like the Aztecs, they believed that the snake gods gave protection and knowledge, which is why they were respected and worshipped.

Where do these spiritual beliefs and associations come from?

Well, the snake rings seem to have grown in popularity during the Victorian Era, a time when the popularity of these rings was at its peak. Besides the snake rings, people also wore serpent-style brooches, bangles, hatpins, etc. These accessories were set with diamonds that ran across the band’s length, and the rings would also feature precious gemstones such as rubies, emeralds, or sapphires that were inlaid on the snake’s head, representing the eyes of the snake.

Watch the video to see the snake ring!

Even so, the snake rings’ popularity rose to its peak during the reign of Queen Victoria, who would opt for the gold snake rings set in diamonds, rubies, plus, and emerald. This was her engagement ring, and though the style was a little unusual at the time, it’s easily the reason why snake rings became a thing. Over time, after the queen’s memorable engagement ring, and with the influence of Ancient Egypt taking root in the jewelry world, snake rings, along with insect and snake-inspired jewelry, became some of the biggest fashion influences not just in Britain but in the rest of the world. This style was cemented after the excavation of Tutankhamun’s tomb.

It’s also worth noting that the snake-inspired designs were quite popular motifs for Art Nouveau jewelry, perhaps because of its alignment with the fluid/ flowing lines. Also, the color and the patterns of the snakeskin added vibrancy to the Art Nouveau jewelry designs.

The snake-themed jewelry also influenced the kind of jewelry seen in the Art Deco Period, which signaled the beginning of the Industrial Revolution.

Snake ring meaning – What does it Symbolize?

So, what exactly do the snake rings symbolize? 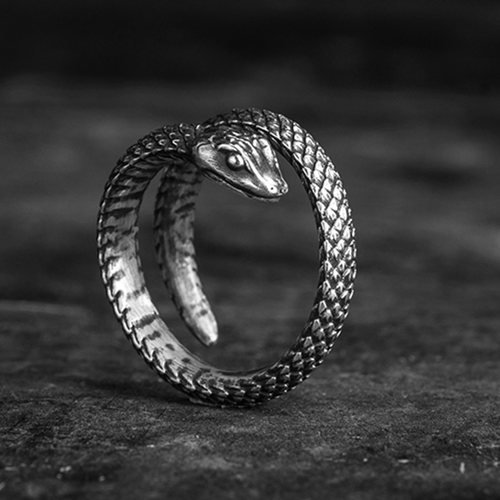 First, it is believed that the image of a coiled snake on the snake rings is a reflection of the actual image of a circle. The circle has been shown to have been of great significance throughout ancient civilizations, and it is a symbol that symbolizes perfection and completeness. There is also the endlessness of the ring that is believed to represent the moon, the sun, and the entire universe.

But then, there is no one meaning attached to the snake rings, which is why different cultures have different meanings for the snake rings, whether you are studying Hinduism, Christianity, or even the cultures and the ways of life of the Aztecs, the Chinese, and the robust Norwegian Civilizations.

As mentioned above, the Greeks believed that the snake symbolized wisdom, hence Zeus’ decision. So, to commemorate the Greek god of healing, Asclepius, people wear snake rings. Asclepius is the Greek god of medicine, and the snake’s wrapped around Asclepius’s staff.

Amphisbaena Woman Snake Ring – Aside from the association of the snake ring with the Greek god of medicine, the other significant meaning of snake rings is the one that beliefs the snake rings represent eternity. This story dates back to 1840 where Prince Albert designed the snake ring for the queen (Victoria). This ring had two snakes that were wrapped around the queen’s fingers, symbolizing eternal love.

In Ancient Egypt, the symbol of the snake is known as Ouroboros, and this snake is believed to eat its own tail, as is depicted in the 14th century BC’s tomb of the king that was known as Tutankhamun. Here, the Ouroboros is believed to represent the concept of endless return and eternity, as well as the unity of the beginning and the end of time.

The ruby-eyed gold snake ring is a symbol of eternal love and strength. 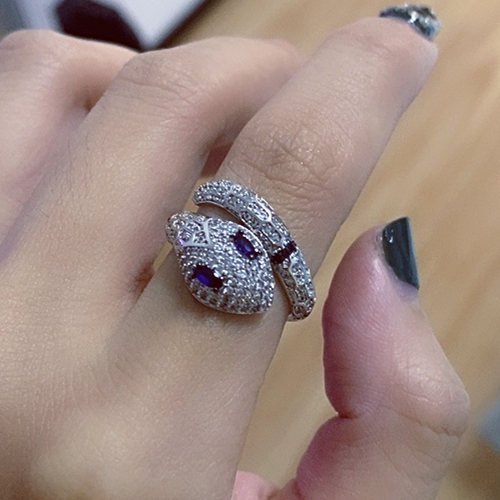 Why Snake rings getting more popular?

While the snake rings’ popularity dates back to the Edwardian and Victorian times thanks to the shift in the manufacturing processes and the beginning of the shifts from the industrial revolution, the snake rings only grew more popular with time. The ring was also crafted uniquely to match Queen Victoria’s specifications for her engagement ring. The adoption of this uniquely unusual ring design by royalty increased demand for the ring and increased demand for the ring because everyone wanted to own a piece of this unique ring design.

The spiritual beliefs attached to the ring have increased its popularity, but today the snake rings represent this elegant class of rings that give an air of mystery, and somehow, they carry some unique power in them.

Over the years, the snake ring design was adopted in other types of jewelry, including the distinctive Victorian snake necklace of 1860 – this necklace was made with gold, diamonds, and rubies. 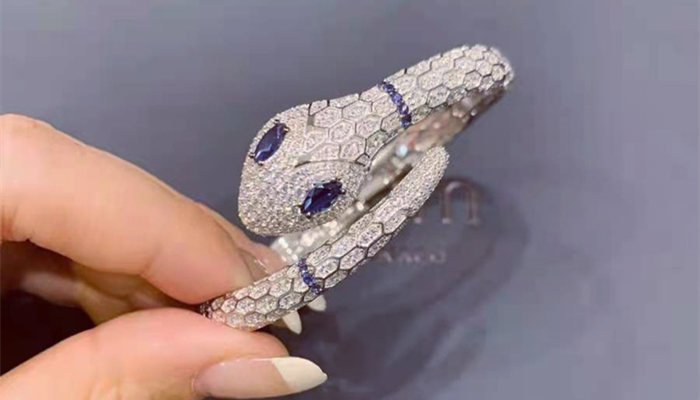 Pros and cons of Snake rings

Should you buy Snake rings?

If you are looking for a unique fashion/ statement ring or even a high-end cocktail ring that stands out, and you don’t mind what people think about snakes, then you should buy the snake ring. If made of copper, for example, the ring is believed to be a powerful stabilizer of your body’s fundamental functions.

People derive different meanings when they see snake rings, but the snake rings are elegant, and they’ve been quite popular throughout history, symbolizing eternal love, strength, time, and life.