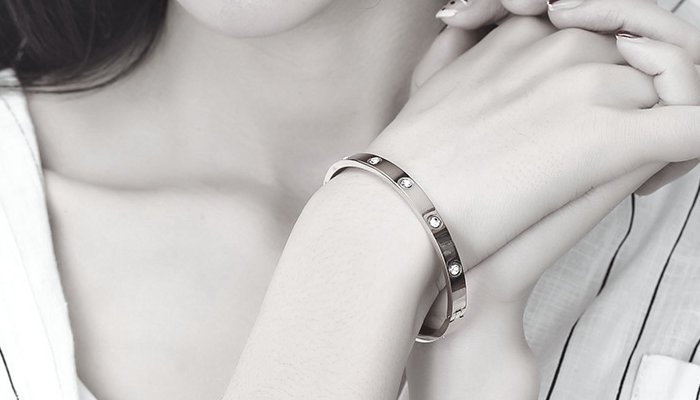 Which are some of the weird beliefs or traditions you’ve heard about pregnancy? Which Dos and Don’ts have you heard that just don’t seem to make any sense to you?

When it comes to beliefs, traditions, etc., most of the things that people do and practice hardly ever make sense, which is why some science-backed practices make sense. If you are pregnant, for example, you may have heard that wearing bangles comes with a number of benefits.

You could brush off such sentiments immediately you hear them, especially if you are not Indian, but it turns out these seemingly innocent, beautiful, and maybe little loud accessories are beneficial. Interestingly, the reasons and benefits of wearing bangles when pregnant have been documented. We share them below.

The scientific reason for wearing bangles during pregnancy 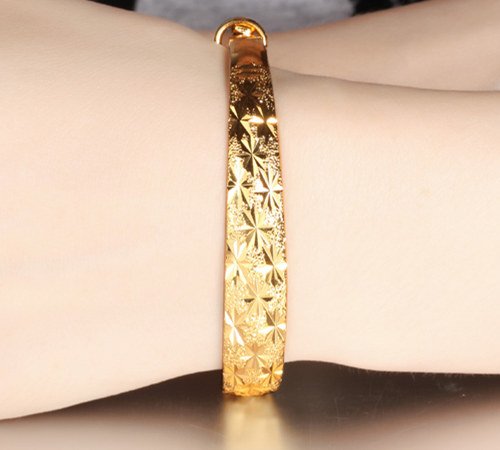 The wrist is naturally in constant activation mode. It is also the part of the body where your pulse is checked whenever you are unwell.

The bangles come in here in that these metallic accessories are in constant friction with the wrist, and this results in an increased blood circulation level.

The bangles also play a role in temperature regulation, with the electricity that passes out from skin being reverted back to the body thanks to the bangles’ ring shape.

The ring shape of the bangles means that no energy from the body is emitted or released to the outside body, but it’s sent back to the body instead, hence energy balance throughout.

Research done on women that wore bangles made of glass revealed that the vibrations from the glass bangles were quite powerful.

These vibrations acted as moderators or pacifiers of the strong emotions that the ladies felt.

In comparison, the women who wore the non-glass bangles were often restive and also too emotional when exposed to different stimuli. 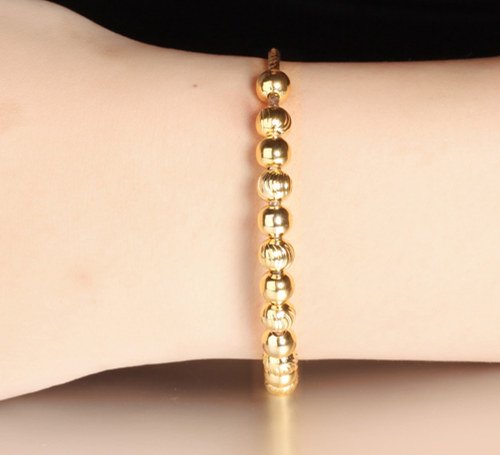 The benefits of wearing bangles aren’t limited to the mothers/ pregnant women, and they are shown to extend to the fetus, offering several benefits.

The most prominent advantage of pregnant mothers wearing bangles is that the tinkle from the bangles offers the fetus the much-needed acoustic stimuli.

The tinkle of the bangles works the same way as the cheerful and calming music, and it not only reduces the level of stress and severity of the bouts of depression, it also helps in improving the hearing ability of the fetus.

This is an important benefit and reason for wearing bangles when pregnant because women who are stressed out during pregnancy often give birth to underweight or preterm babies, according to gynecologists.

The other reason why you should wear bangles during pregnancy, specifically the glass bangles, is that these bangles are effective in absorbing all the goodness and the purity from the atmosphere and the natural environs, radiating these benefits to the wearer of the bangles.

Also, the sound produced when the bangles jostle with each other is also beneficial, and it is found to be soothing, gentle, and calming. At the same time, the sound produced echoes the peace and serenity of the surroundings to the wearer, which leaves you with positive vibes.

There is also the fact that the glass bangles are believed to be effective in repelling bad vibes from the surroundings, protecting the wearer from negative vibes or evil agents that could be in the environment.

High levels of the stress hormones from mental strain result in intrauterine restriction of growth, and this would decelerate fetal growth. Besides a good diet and reduction of stress-creating conditions, the bangles are quite helpful too. 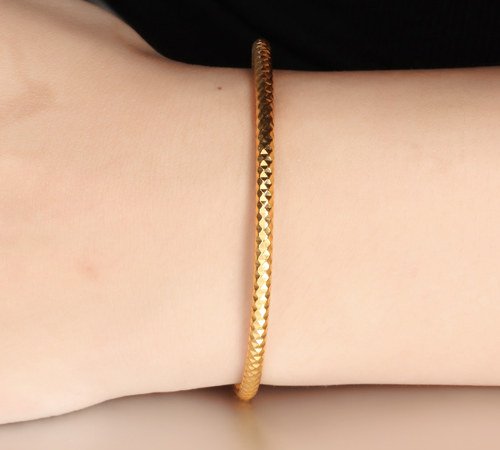 The other important or notable thing about the bracelets is that the colors chosen offer different essences. But for the best benefits, red and green bracelets are recommended.

Green bangles have a divine quality, and they bring peace while being vibrant. On the other hand, the color red is powerful and believed to have the power to repulse evil.

That said, you should avoid the gold-colored bangles since they aren’t as effective in passing beneficial features the same way the plain bracelets would.

The first reason why wearing bangles while pregnant might be a good idea has to do with the fact that the metallic bracelets act like wrist weights.

This is an important thing because most women have a lower bone density than men. Women also have weaker bones than men.

So, keeping the bangles on, however, light they feel, will help your hand/ arm bones and muscles. 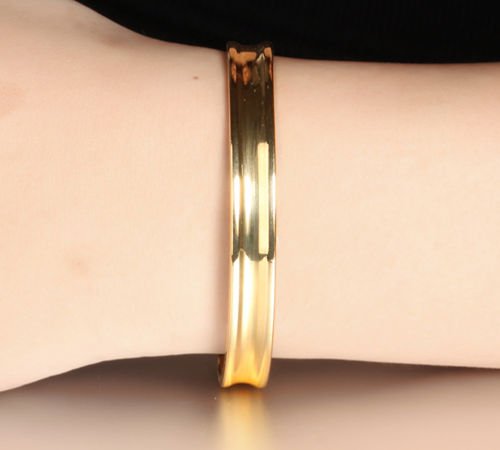 Notably, when the bangles collide (which happens all the time), there is vibration, which produces a sound that improves your focus.

Interestingly, the sound isn’t only helpful in improving the mom’s focus; it also improves the focusing ability of the fetus or the newborn child.

Think of it as classic conditioning (same as Pavlov’s Dog), where children and newborns are able to focus on their mother thanks to the bangles while easily locating the position of their mother.

As a result, the bangles prevents or reduces feelings of loneliness because the child always knows that their mother is closeby. This results in an overall improved sense of safety and security.

The other reason why wearing bangles might be an excellent idea is that the bangles are helpful in the dispersion of static charge that builds up in the body naturally.

Static charge often builds up when your clothes run against each other, and it also happens when you have your running shoes on.

With your bangles on, the static charge is reduced/ eliminated. 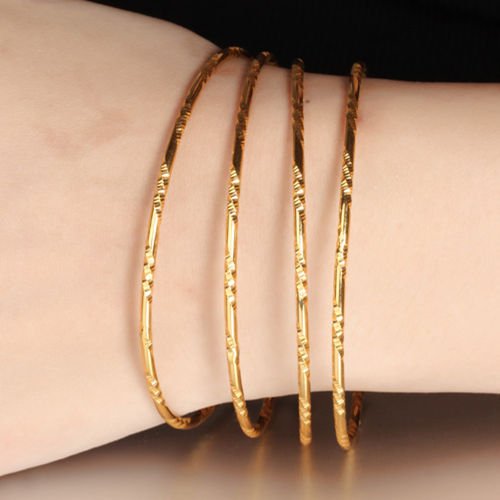 Bangles are also believed to help during a delivery.

These are some of the scientific benefits of wearing bangles while pregnant. If you wish to enjoy these benefits, you may want to start wearing bangles, especially the ones made of glass.

Guys, if you want to read more, please read here or here.