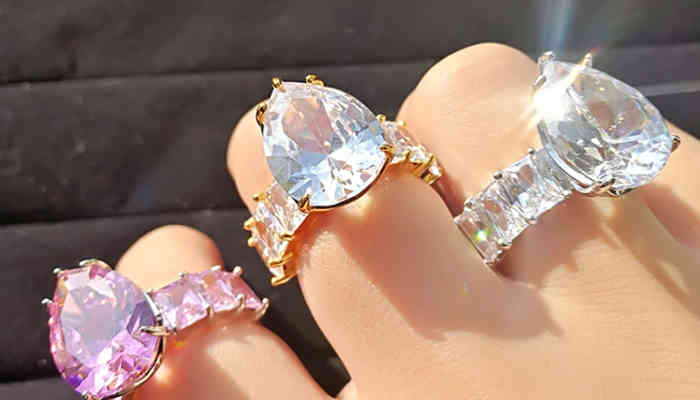 Do you know the prophetic meaning of your every finger? Rings are a fashion statement that is accessible to all people. It’s no longer only for those who are married, but now everyone, men and women, can don rings on their fingers.

However, have you ever considered what each finger means? Here, we are going to look at the prophetic meaning of fingers. That way, you can make the right call on what kinds of rings to buy, which finger to wear them on, and for what occasion.

With this understanding, you’ll have a newfound appreciation for rings and use them as a form of self-expression and not merely as an accessory.

The 5 prophetic meaning of fingers

Let’s break down the various fingers and their meaning.

The quickest way some people use to tell if someone is married is by looking at their ring finger on their left hand.

When you see a ring, or lack thereof, on the four fingers of the hand (between the middle finger and the pinky finger), you’re able to know their status.

It is not accurate, but in a lot of cultures, it is the symbol of union.

However, it is worth noting that the engagement and wedding ring in other parts of the world is left to the same finger but on the right hand.

Historically, it is believed that the ancient Romans thought that there was a vein that traveled from the heart to the left ring finger, which is symbolic of eternal love. The engagement finger also went on the same finger, where once a woman got married, they could choose to continue wearing it or switching to the other hand. You’ll also find that those in serious relationships can want to wear a promise ring to show commitment to getting married. The other instance where people wear rings on their left ring finger is as a chastity or purity ring to signify that they are abstaining from intimate relationships until marriage.

Overall, it is universally accepted that the fourth finger on either hand is where you wear a ring that shows people your marital status either for the future or in real-time.

Not everyone married will wear a ring on this finger, so it’s best not to assume.

You can also choose to deter people by wearing a ring, especially if you don’t want attention or advances of any nature.

You’ll commonly find people wearing rings on their middle fingers, which is the third finger on your hand.

They will pick this finger because it is the easiest to accessorize, given that it’s in the middle of the hand.

Rings worn on this finger are also noticeable, and thus a great way to complete any outfit.

The other reason why the middle finger is symbolic is that it shows balance, it being in the middle. It also puts across a sense of responsibility or even power.

However, you’ll find that there is no much meaning to the left or the right middle finger.

You can choose to give it your own purpose. Something to keep in mind is that it’s the longest finger on both hands.

In essence, this finger is open to interpretation. Alternatively, you can use it as a fashion statement for any rings you may have.

If you’re looking to show off a ring that means something to you, then you can opt for the index finger.

It is the perfect place to put a high-impact piece, a cocktail ring, or even a class or fraternal ring.

Given that it doesn’t have a set meaning you can also use it to display a piece of jewelry that you like. That is the case unless you’re in some cultures.

In traditional Jewish culture, the right index finger is where you’d wear your wedding bands.

Before the ceremony, the ring would be on the right index finger. After, there was the option of moving it to the left index finger.

Typically, the ring was a plain gold band, which was sufficient.

If you’re not Jewish, or you’re no longer opting to use the index finger to put our wedding band, then you can wear anything you wish on either index finger.

If you’ve watched Mafia movies, then you know that the pinky finger is reserved for the leader.

It is was this ring that people kissed as a sign of loyalty and allegiance.

It is such motion pictures that lead people to believe that anyone looking the part and wears a large ring on their pinky finger is part of an organized crime network.

The pink finger was also a wedding finger in the 19th and early 20th centuries.

It is even believed that President Franklin D. Roosevelt wore the wedding ring and also the signet ring on his left pinky finger.

That as the typical fashion at the time. The wedding band would go at the bottom and then the signet ring at the top.

The other context where people wear a ring is to show professional status.

Some professions, such as ecology and engineering, graduates of the degree wear a ring on the pinky finger of their most dominant hand, and about 90 percent of the people, that is the right hand.

For the most part, the rings are simple and identifiable to the people in that career.

There is no profound meaning to the thumb either, but it is a fantastic place to put a chunky ring that you want to show off.

That said, men tend to wear rings on the thumb as a sign of power and influence. It can also mean a sign of comradery and friendship with they do a ‘thumbs up’.

If you’re getting a man in your life a ring, you will likely notice that they will wear it on the thumb.

The various fingers have varying meanings, and that makes it easier to know what finger to wear your rings and on what occasion as well.