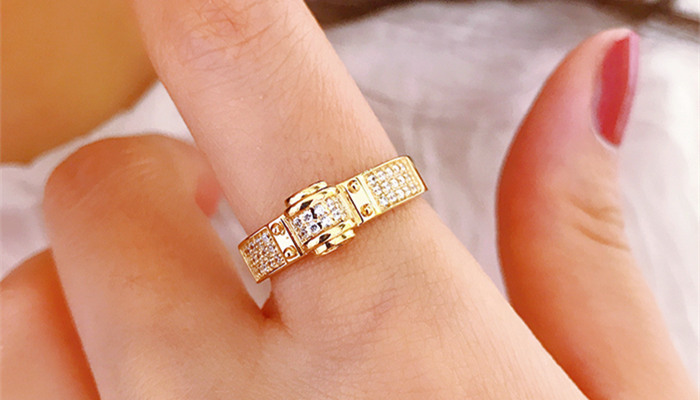 A wedding ring symbolizes love, the commitment, and dedication that a couple has made to each other. And as long as the couple or each partner keeps their ring on, it often means that they are still committed to the person they are married to and will not be easily ‘attainable’ despite the presumptions held by society.

The notion that married men and women are more desirable, also called the Wedding ring effect, has been discredited, and it is regarded as an egregious misconception; despite mate copying being a thing, it is not considered the truth or a realistic assumption because despite them having a ring showing that they have solid relationship experience and being more desirable, the married individuals remain married, as long as they keep their wedding rings on.

And by virtue of wearing their rings, it points to their unavailability unless they have hidden intentions. So, if a married individual plays with their wedding ring while talking to someone else, it might not mean as much as we may believe.

But there is always more than meets the eye, so the rest of this article explores some of the main psychological reasons why married people play with their wedding rings.

Playing with the wedding ring while talking 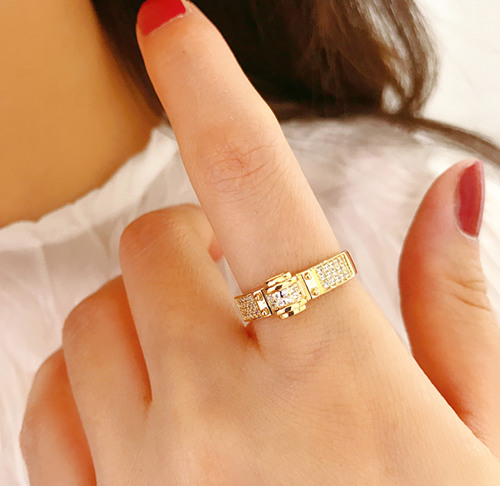 If a man or woman plays with their wedding ring while talking to you, it may mean different things or nothing. But there are many possible reasons why this could be happening, including;

A way of broadcasting their marital status is believed to happen when the person they are talking to is somehow looking at them suggestively. So, fiddling with the ring may be their way of keeping away anyone lurking. However, it doesn’t mean you’re doing something wrong by talking to them.

That said, some people would play with their wedding rings to tease each other. And so, even though the wedding ring symbolizes being married and in a committed relationship, it might be a way for them to act provocatively, either for the person they are talking to or themselves.

In other words, someone playing with their wedding ring could mean a host of things, and in many instances, it means nothing at all. 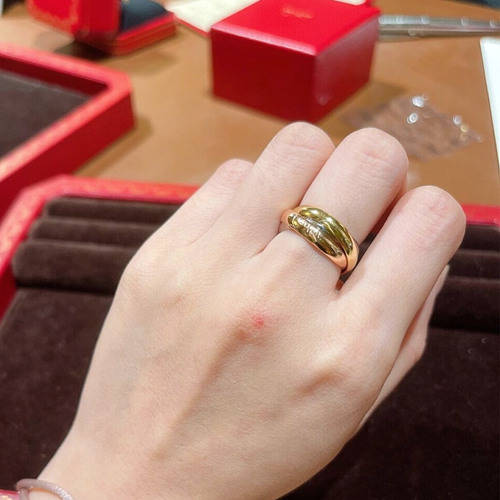 While some people would want to believe that someone playing with their wedding ring while talking to you automatically means cheating, it might be time for us all to approach things with more of an open mind.

There is no real magical connection between fiddling with their wedding ring and cheating. If anything, everyone does something similar when nervous, bored, or just because it is something that they do unconsciously.

So, that person may be deep in thought, bored, or even harboring a lot of nervous energy, so playing with the ring allows them to divert that energy actively.

In other words, most people will fiddle with their wedding rings because it is a mechanism for self-soothing. Remember that everyone fidgets and loyal men fidget too, and they may play with their wedding ring because they need to redirect that nervous energy. And in most instances, this happens unconsciously.

What does it mean when a guy plays with his wedding ring while talking to you?

As mentioned above, many men who will be fiddling with their wedding rings while talking to other people, often of the opposite gender, do that not because they are cheating but because it’s just one of those things that happen and means nothing. 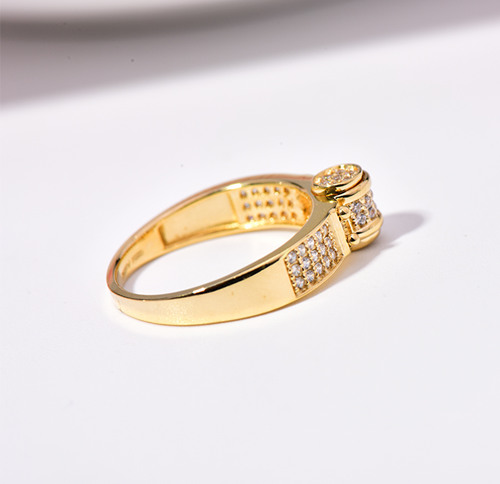 Many married men that cheat or the ones with the intentions of cheating will take off their wedding rings because, despite the belief that the wedding rings make men and women appear more desirable, this is untrue in that they wouldn’t be deemed as available.

At the end of the day, most ladies are attracted to available men, and the wedding ring would only complicate things.

So, many of the times when a man fiddles with their wedding ring while talking to you, it likely means nothing. It could be one of the things they do unconsciously to self-soothe.

However, we have to acknowledge that human beings often play or fiddle with things when they are nervous, and this, often unconscious’ action, is their way of diverting or releasing the nervous energy.

This is the same as the men (and women) who tap their toes unconsciously and are surprised when asked to stop or what is going on. 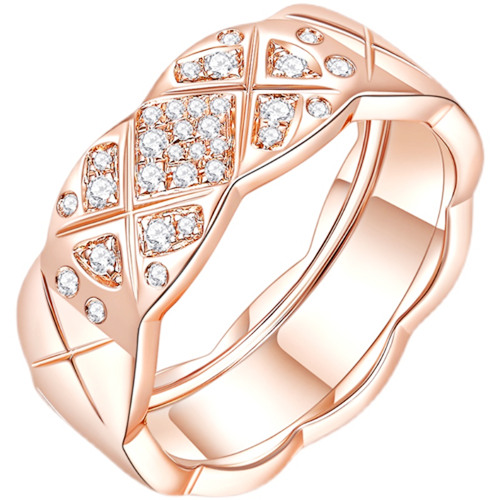 But with nervous energy, we’ve got to admit that the guy talking to you may be feeling nervous because they are doing something wrong or have ill intentions/ ulterior motives, which will naturally make them nervous.

Keep in mind that a man who wants to cheat will cheat at the end of the day, whether they have a ring on or not and whether they are the fidgeting kind.

Some men claim that playing with the ring while someone talks is a habit that allows them to be more in-tune with themselves and the person talking, and it stops their minds from getting distracted, so this is just another fidgeting habit that people have.

Sometimes, there is a reason for fidgeting, but that is not always the case. There are many instances where fidgeting means nothing and many others when it means something; you just never know unless that person is willing to be truthful to you. Also, just ask; you never know.

Playing with wedding ring psychology behind it

Is there a deep meaning behind someone playing with their wedding ring?

No evidence points to playing with a wedding ring as a sign of infidelity. The truth is that most married individuals who engage in extra-marital affairs will take the ring off while cheating and then put it back on when going home to their spouse. 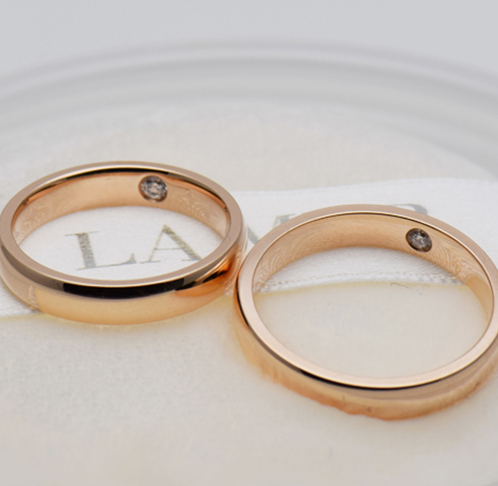 It all has to do with the association of the wedding ring with monogamy, commitment, and how society views betrayal as well as extramarital affairs. So, fiddling with your ring hardly ever points to someone being unfaithful to their partner.

However, many people are now associating fiddling with rings with an unconscious form of self-soothing or fidgeting when exposed to situations that heighten their nervous energy.

Many men and women fidget mindlessly, and fidgeting is one of the most common human habits that point to boredom or nerves. Of course, being told that someone was playing with their wedding ring because they were bored would hurt feelings, but it is a common reason people fidget.

Other people fidget because they need to focus on something else. But anxiety and boredom are the main reasons people fidget, with anxious fidgeting happening because of the body’s high levels of the stress hormone, something that preps the muscles for a sudden exertion.

Fidgeting is now regarded as one of the human body’s natural self-regulation mechanisms that helps the person fidgeting to feel calmer and more attentive or even less attentive. Depending on the needs of one’s immediate environment, it could be calming or energizing.

Finally, fidgeting is a form of stress relief, especially in social setups.

Someone fidgeting while talking to you could mean nothing or something.

Still, in many instances, someone playing with their wedding ring while talking to you is their way of self-regulating their emotions because they could be bored, stressed, and anxious, and playing with the ring somehow ‘brings’ them back to where they need to be.