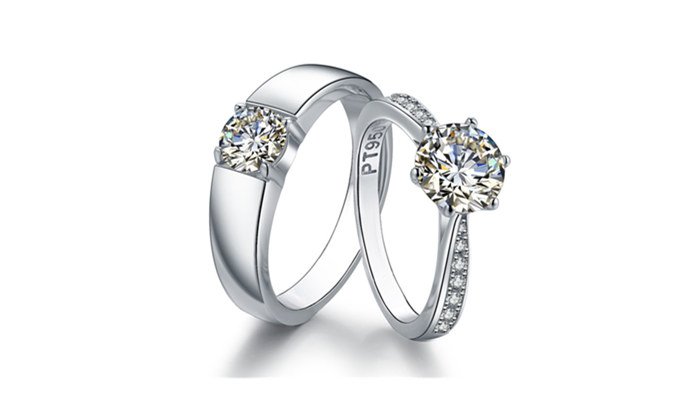 Today when it comes to jewelry making, platinum is quickly becoming a popular metal. This is especially the case for wedding and engagement rings. The metal is favored in making high-end durable jewelry. Its beautiful white sheen only serves to make the jewelry more beautiful.

Platinum is also a very rare element and scarcely found around the world. Although it is quickly dominating the jewelry scene, there’s still a lot to be known about this metal.

To help you understand what platinum jewelry is, we will be looking at what the metal is, its compositions, and what makes it special as well as the pros and cons. 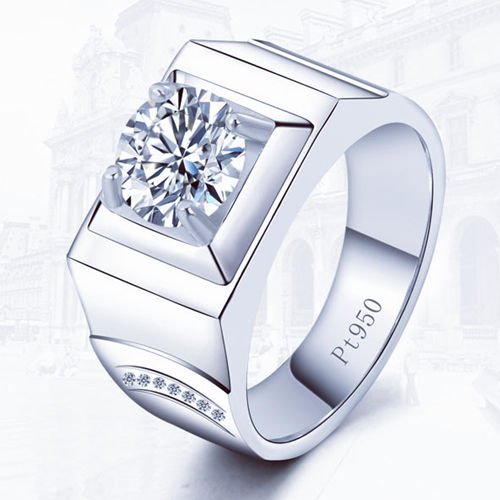 Derived from the Spanish term “Platino”, the name Platinum means “little silver”. It is one of the rarest elements in the world, sometimes referred to as the “unmeltable metal” because of its high melting temperature. It’s silver-white with an appealing sheen. It was discovered in 1735 but started being used in jewelry making only recently in the late 13th century.

Among the precious metals, it is the most valuable given its scarcity, therefore the most expensive. It’s also the heaviest among the precious metals, weighing twice as much as gold. Although it resembles white gold, it’s a harder metal and less prone to scratches. It’s the least reactive metal, and doesn’t corrode, or tarnish. Unlike white gold, it does not discolor over time. Platinum is also purer since it occurs in a purity of 85-98%.

It has a variety of uses, but most commonly it is used in making jewelry, especially engagement rings. It’s also commonly used in making medical and electrical instruments. The majority of the platinum found in the world is mined from South Africa. You can, however, find some sites in the US, Canada, Russia, Australia, and Zimbabwe.

What Is Platinum Jewelry Made Of? 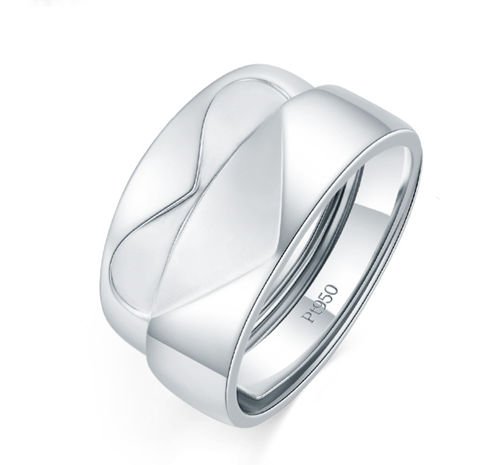 Like gold, Platinum in its purest form is extremely soft, ductile, and malleable. On the Mohs scale, it’s between a 4-4.5 as compared to gold which is a 3 or less. To make Platinum harder and more durable it needs to be mixed with other metal alloys. Unlike gold, Platinum follows stricter rules when it comes to mixing it with other alloys. Platinum is normally mixed with similar metals also known as Platinum Group Metals (PGM). They include Iridium, palladium, ruthenium, osmium, and rhodium. Other alloys used are base metals. The common base metals used are copper and cobalt.

The common compositions of platinum/iridium alloys begin from 850/150 (85% platinum and 15% iridium) to 950/50 (95% platinum and 5% iridium). In Germany, you may find a composition of 800/200 (80% platinum and 20% iridium). Similarly, common Platinum/cobalt alloys are 950/50 and 900/100 (Platinum/cobalt). You may however find one with the composition of 952/48 where the 4.8% is a combination of copper and cobalt. In Japan, you can also find a composition containing 90% platinum, 3% cobalt, and 7% palladium, to create a harder platinum alloy. Platinum and palladium can also be mixed with a little copper, the ratios depend on the amount of platinum used. This also improves the hardness and workability of copper. Platinum can also sometimes be mixed with 10% or 5% gold for a finer all-purpose platinum alloy, mostly used for casting and fabricating.

What Is Platinum Jewelry Stamped With? 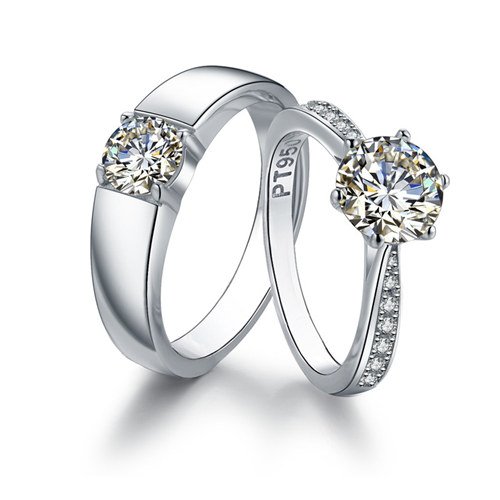 Similar to gold, to establish the authenticity and purity of Platinum, some stamps and hallmarks should be included. As per the law in most countries, all articles of platinum over 0.5g should contain a stamp. You may, however, miss the stamp in old jewelry pieces or if the piece was manufactured in a country that doesn’t require stamping.

Platinum stamps generally denote the amount of platinum in the jewelry. The amount is represented in per a thousand parts. That means if your platinum jewelry is marked 850, it means that the jewelry is made up of 850 parts of platinum and 150 parts of other metals, out of a thousand parts. In some stamps, this number is in percentage, so instead of 850, you may see 85%. You may also see initials like Pt. which means “platinum”. It either comes before the number or after it in the stamp, that is, Pt.850 0r 850Pt. Another initial used to denote platinum is Plat. Sometimes written as PLAT. That is 850PLAT. or 850Plat.

Jewelry not containing any stamp in the US is normally assumed to be impure with less than 50% of platinum. 90-95% platinum content is considered to be high-grade platinum for making jewelry. If the stamp, however, only states the name Platinum, it means that the jewelry contains at least 95% of pure platinum among other metals. 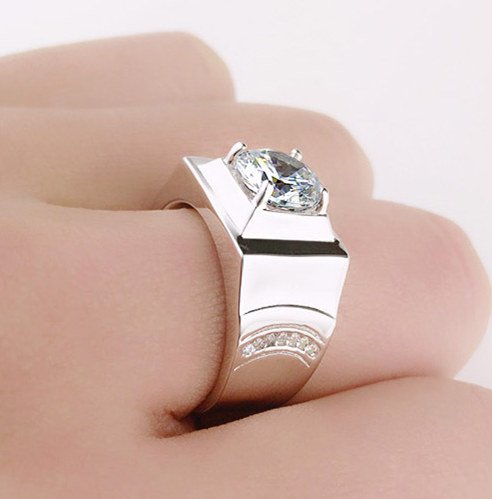 Jewelry pieces made from platinum are not only visually appealing but also highly valuable. Given how rare the metal is and the tendency of some vendors to pass on costume jewelry as fine jewelry you may wonder whether your platinum jewelry is pure platinum or not.

As already discussed, Platinum, like gold, is very soft and malleable in its purest form (100% pure platinum). In this state, the metal cannot be used to create durable high-end jewelry. For this reason, it must be mixed with base metals or metals like platinum to increase its hardness.

Although platinum has to be mixed with other metals, it still has a higher purity level compared to gold alloys. While its alloys range from 50-99% platinum content, gold alloys can contain as low as 41.7% of gold and still be considered gold.

Pros and Cons of Platinum for Making Jewelry 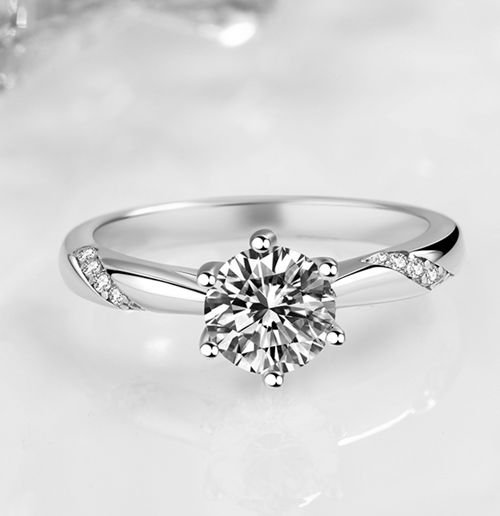 As a rare and valuable precious metal, Platinum has several great qualities. From durability to its non-reactive nature, platinum is amongst the best metals when it comes to pieces of jewelry. Just as it has its benefits, it also has its downside. The following are some of the major pros and cons associated with platinum:

What Is So Special About Platinum Jewelry?

As a precious metal, Platinum stands out when compared to the rest. When it comes to jewelry, especially, it is the most favored when it comes to making wedding and engagement rings. To begin with, it is the highest valued and rarest precious metal in existence. Aside from the high value, it is highly durable. Unlike gold, it is not prone to scratches as much as gold.

Platinum also has an appealing silver white luster. It is especially preferred when it comes to diamond settings. This is because the white color of platinum does not affect the reflection of the diamond. While platinum closely resembles white gold, platinum’s color does not fade over time. What’s more, because platinum is the least reactive precious metal, it’s the best type of jewelry for people with sensitive skins.

Compared to other metals, Platinum has many great qualities. It is the hardest, purest, and most valuable precious metal. It is also the least reactive and rarest metal. You don’t have to worry about the constant maintenance either.

This is because it does not discolor or tarnish, therefore doesn’t need to be constantly polished. Still, platinum is very costly given its scarcity.

While it does have better qualities than gold, white gold isn’t a bad alternative when you think about the cost. Before you decide to get platinum jewelry, consider whether or not it is worth it for you.