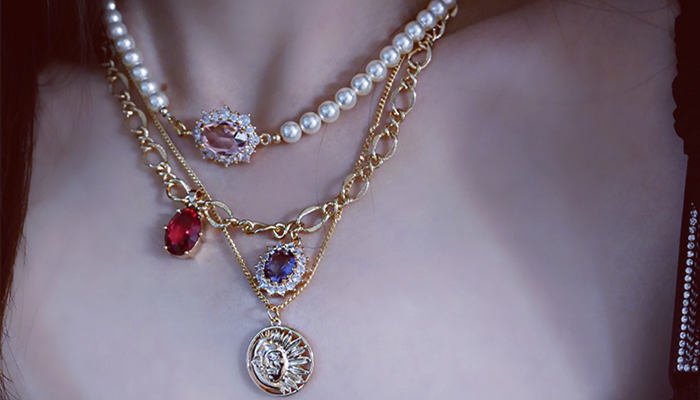 Despite being the most rational species, most of us, as human beings, tend to believe in various superstitions.

It could be about what the necklace means or how it’s worn. As a superstitious person, you’ve probably had your necklace randomly fall off and wondered what it meant.

Well, we have taken the liberty of finding out the superstition behind this. We will also discuss other necklace and jewelry-related superstitions.

How much you believe in a superstition determines how much it affects you. This is in terms of actions and thoughts. Just like all other superstitions, a necklace falling off could mean various things for different people. There isn’t one definite superstition behind it. Similarly, for the more rational thinking individuals, a necklace falling off could simply mean a faulty clasp or weak chain.

Those who have reported their necklaces or pendants falling off, however, always insist that the clasp was secure. Some even have jewelers confirm the same. So, what could this mean? Depending on who you ask the meaning of superstition behind it can vary.

It’s mostly believed that if a necklace randomly falls off, it is a bad omen or a sign for something. In cases where the necklace was gifted to you by a loved one, it falling off could mean that the loved one is in distress or trouble.

Others who believe in energies believe that it’s a matter of the energies being incompatible. That means that your energy and that from the necklace may be repelling each other. In other words, the necklace was not meant for you.

Just to be sure, however, it does help to have the necklace fixed by a jeweler. You could have it soldered.

Alternatively, you could get a new chain, in case you’ve had the necklace for a while.

If it still keeps falling even after securing it, then you can consider the superstitions behind it. It’s a common belief that if the necklace clasp is at the front, then a significant other or special person in your life is thinking of you. As a rule, you are supposed to kiss the clasp and move it to the back. That way you’re letting them know that you are also thinking of them. Another common belief is that when you notice the clasp at the front, make a silent wish as you gently move the clasp back to the right position. Of course, there is no guarantee that the wish will come true. Although as it’s said, if you believe in something strongly enough, it might just come true.

For those less superstitious, your clasp being at the front could just be coincidental. Maybe it’s how you slept, or maybe you were engaged in rigorous work. Either way, there’s no guarantee that the superstitions are true or not. 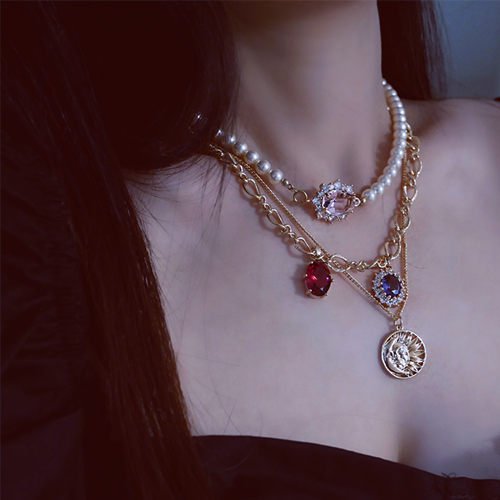 Another common necklace superstition you’ve probably heard of is one to do with the necklace clasp being on the right or left. As with the other superstitions, they vary depending on where you’re from or who you ask.

Like the clasp being at the front, if it’s more to the left it means someone is thinking about you.

Some believe that the clasp being at the front and closer to the left means that it’s moving closer to your heart. This indicates that a loved one is thinking of you fondly. As for the necklace clasp falling on the front towards the right, it means that someone is talking about you.

It could be fondly or not. Either way, the further the clasp is in either direction, the more someone is either thinking or talking about you.

Then again, necklaces do tend to move around your neck depending on your movement.

Still, it doesn’t hurt to believe in superstition. After all, at some point in time, someone is bound to either be thinking or talking about you. So, the superstition could hold some truth.

The symbolism of Necklace Breaking. 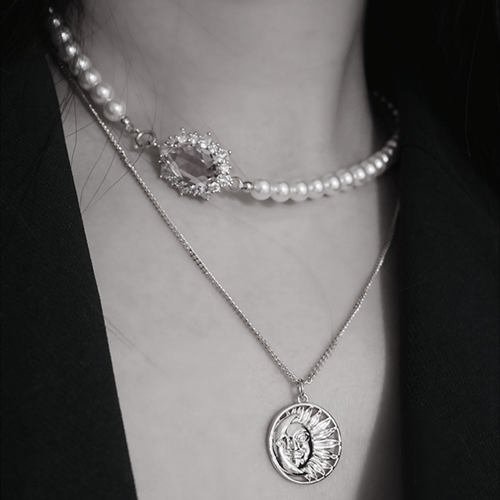 Aside from being a decorative item, culturally a necklace symbolizes the wealth, power, and identity of an individual. This, of course, is based on the kind of gems, metals, and other materials used to make the necklace.

In some religions, for example in the bible, a necklace was seen to symbolize honor or elevation.

Given the symbolism it holds, a broken necklace is therefore commonly considered a bad omen, even if it happens in a dream. Some believe that if a necklace breaks then there was something bad meant to happen but the necklaces prevented it.

Most people believe that you shouldn’t continue wearing the broken necklace as it may increase the bad luck it brings.

Through a more logical perspective, however, a necklace breaking could also just be a coincidence. It could be that the clasp or chain is weak.

This depends on how long you’ve had the necklace and what material it is made of. 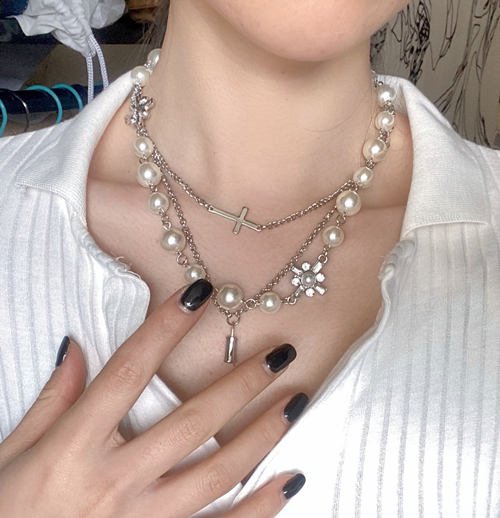 As mentioned before, there are many superstitions surrounding jewelry.

A lot of them have to do with the effect it has on relationships especially marriage.

The following are some of the five most common jewelry superstitions from different cultures:

While there is no definite proof of truth behind superstitions, in the end, it’s a matter of faith.

How much you believe in something, determines how real it is for you. The same goes for jewelry and necklace superstitions.

Thanks for reading. For more funny topics, please read here or here!