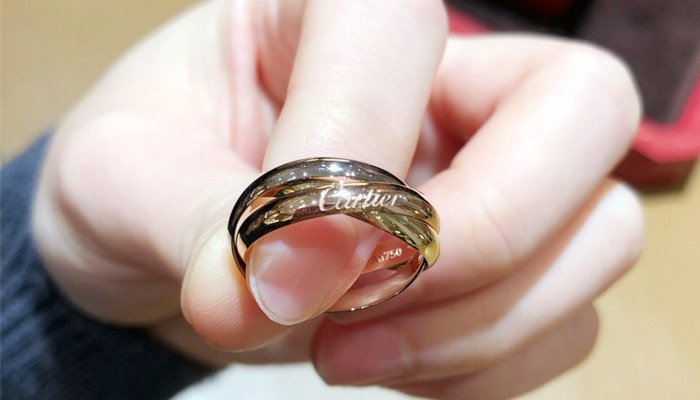 Created in 1924, the Trinity ring is one of the iconic creations Cartier is known for. It is considered the enduring symbol of love, and anyone looking for a unique multi-color and symbolic ring would appreciate this piece of jewelry.

But what was the inspiration behind the design of the ring, and what was the meaning of the trinity ring? This article offers answers to these and more questions about the Cartier trinity ring. 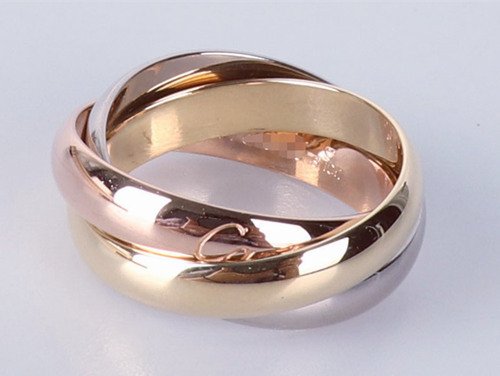 As the name suggests, the Cartier trinity ring, which many people have taken to and wear as a wedding ring, is an elegantly and intricately designed tri-band ring made of gold; and, in other cases, encrusted with gemstones.

This ring is made of three interconnected rings, or rather, interlocking bands made of rose gold, yellow and white gold. As a whole and as individual bands, this ring is quite meaningful, with each color of gold carrying a specific meaning.

While most of the trinity rings are plain and they only have the brand name engraved on them, there are other options that may suit you.

The styling of the trinity ring notwithstanding, this ring will always have three tri-color gold bands. The other thing you should know about the trinity ring is the fact that the ring is always made of 18k gold, and it will carry a 750 stamp on it.

History of the Cartier trinity ring 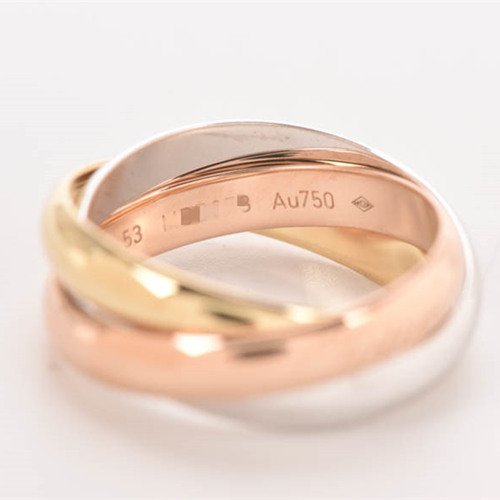 The three-band intertwining Trinity ring was first created in 1924 by Loui Cartier, who was the son of the brand’s founder. The ring was initially designed for Jean Cocteau, the French poet, and playwright, at his request, and it turned into the best creations for Cartier.

As mentioned above, it features 3 bands in rose gold, yellow gold, and also in white gold, and since the first ring was designed, the three-color design of the ring has remained the distinctive code and style for Cartier.

The design of the ring remains one of the best contemporary pieces of jewelry today, which is a factor that makes it quite remarkable.

It’s worth noting that this ring design came to be back in the 1920s, which was during the Art Deco era when the Flapper style was at its peak.

At the time, Cartier was quite famous for the creation of exotic and very colorful designs, and the creation of the Trinity Ring not only pared back the basics of basic jewelry design but also showed a great deal of bravura, especially because there were no embellishments added to the very first Cartier trinity rings. 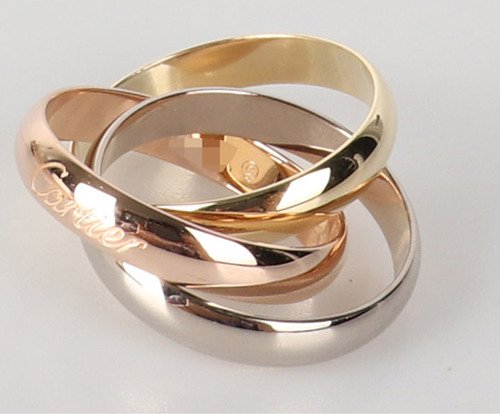 Over the years since its creation, the trinity ring evolved, with one of the changes in the line being the introduction of the trinity bracelet between 1930 and 1960.

Both pieces were great successes and were the marks of elegance, with the biggest personalities from the time enjoying what the ring offered.

Interestingly, this three-band ring adopted the name ‘Trinity’ ring in 1981, and later on, ‘les must de Cartier,’ a version of the trinity ring with the rose gold band engraved was created – this had the same slogan. Unfortunately, the slogan didn’t last as long, and after some time, newer versions of the trinity ring lacked the engraving.

In 1990, subtle changes were made to the ring and its style. These changes included the incorporation of jewels, shifts in the style and the shape of the ring, and in pretty much all the 1990s, the ring were made bigger and chunkier to match the chunky statement styles of the time.

The last change made to the design of the Trinity ring took place in 2014 when Cartier launched the Trinity Ruban Solitaire ring, whose design was an inspiration from the marital covenant made by two souls that were joined together as one through marriage. 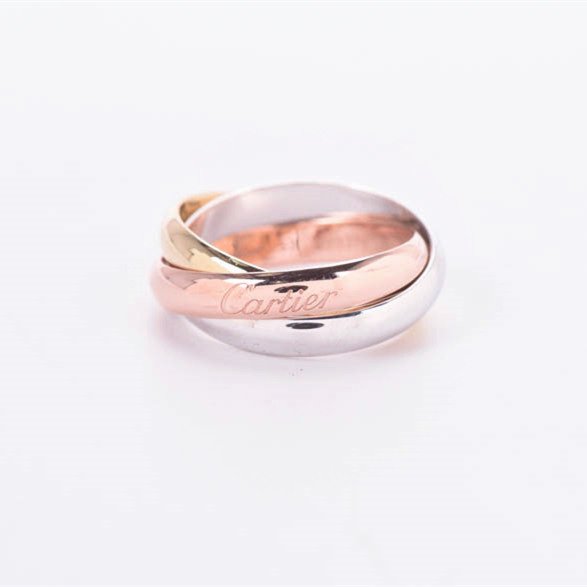 The trinity ring is one of the most symbolic rings created by Cartier. Below is a breakdown of what the ring symbolizes. 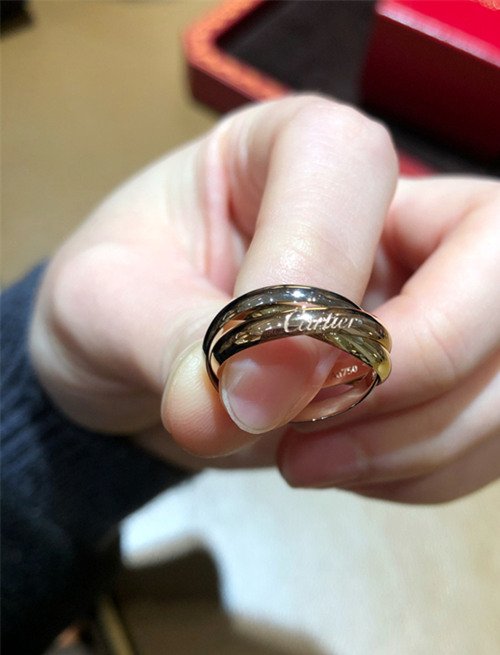 Should you buy a Cartier trinity ring for your beloved ones?

Cartier’s rings, not just the trinity ring, are quite expensive, but if you are looking for a deeply symbolic piece of jewelry for a loved one, and you are not worried about the price tag, then you should buy the trinity ring for your loved one.

The trinity ring is one of the most symbolic pieces of jewelry by Cartier.

If you are looking for a ring that represents enduring love, fidelity, friendship, and eternal love, this is it!