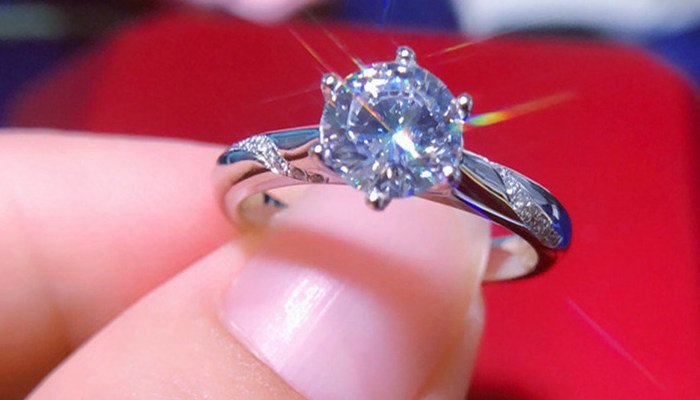 Do you want your cubic zirconia or Swarovski crystal rings to look like the real thing?

All you need to know is how to make that fake piece of jewelry look like the real thing.

Keep reading to learn more about this.

What is a fake diamond ring?

A fake diamond ring is a ring made of stone whose physical features resemble that of the actual diamond, although the stone’s chemical features and chemical composition are completely different from that of an actual, natural (mined) diamond. In other words, the fake diamonds are imitation diamonds.

Now, these imitations on fake diamonds are either natural or synthetic. Note, however, that most of the synthetic or lab-grown diamonds will have the same features and chemical composition as the real diamonds, and in most cases, these lab-created diamonds are not classified as fake diamonds.

In most cases, the fake diamonds and diamond rings are rings made of simulated diamonds, diamond simulants, diamond imitations, and faux diamonds.

Most of the fake diamonds on the market include the ones made of cubic zirconia, zircon, moissanite, white sapphire, spinel, synthetic garnet, and glass.

What is a fake diamond ring made of?

Fake diamond rings are made of different materials, but the most common materials used to make the fake diamonds are as follows: 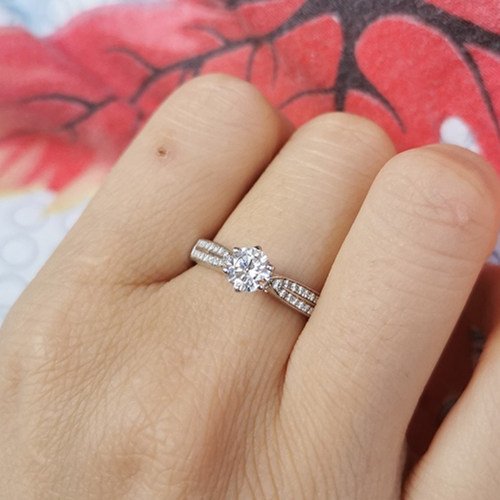 Cubic Zirconia (CZ) – CZ can be defined as the synthetic substance that is often used in place of actual diamonds, and most of the fake diamond rings on the market are actually made with cubic zirconia as the diamond substitute. What you may not know is that the Cubic Zirconia is a popular synthetic variant of fake diamonds that is made of a compound called zirconium dioxide, which is created in the laboratory easily.  It is relatively hard and it scores between 8 and 8.5 on Mohs scale, which means that it’s softer than actual diamond that scores a solid 10, the highest rating on Mohs scale. Despite the differences in quality, Cubic zirconia looks a lot like a real diamond, but its use in fake jewelry comes from the fact that it is much cheaper than an actual diamond. That said, you should not buy a cubic zirconia ring expecting the same features and qualities seen in diamonds – CZ tends to scratch a lot easier and faster, and it will lose that diamond-like brilliance after some time.

Zircon – this is a naturally occurring mineral that comes in various colors. As the name suggests, the cubic zirconia name is easily confused with the actual zirconia, but the two are completely different gemstones and fake diamonds. Note that the zircon used in fake diamond rings is colorless, but it could also be polished, cut, and often used as a diamond imitation. Zircon is also softer than a real diamond as it scores a 7.5 on the Mohs scale, which also means that it would be scratched easily.

Moissanite – this also passes as a fake diamond. Moissanite, or known organically as silicon carbide, is a very rare gemstone/ mineral that is highly regarded. But because of its rarity, it is oftentimes created in the lab synthetically. Other than the colorful sparkle displayed, moissanite looks just like a diamond. It’s often used as a cheaper alternative to diamonds because of its colorlessness and the high hardness level of 9.5 on the Mohs scale. With this in mind, the Moissanite is often the best possible substitute for diamonds. 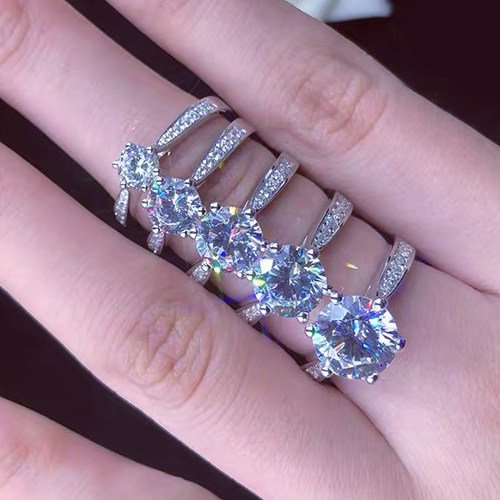 White Sapphire – a fake diamond ring could also be crafted out of white sapphire, and in most cases, the white sapphire works as an excellent substitute for diamonds. Although its hardness doesn’t match or compare to that of an actual diamond, white sapphire is significantly harder than many other gemstones that are used as alternatives for diamonds.

Glass – a large number of imitation diamond rings are actually made of glass. The primary reason for this is that glass is quite cheap, but it still offers a high level of sparkle and brilliance, albeit nothing comparable to the sparkle of real diamonds.

These are just some of the imitation materials used in fake diamond rings. The others include synthetic garnets, spinel, or rutile. Or you guys can read this post for a more detailed answer: 8 types of fake diamonds. 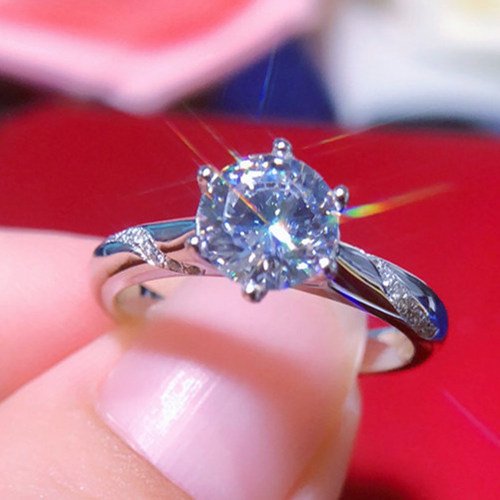 How to make a fake diamond ring look real? 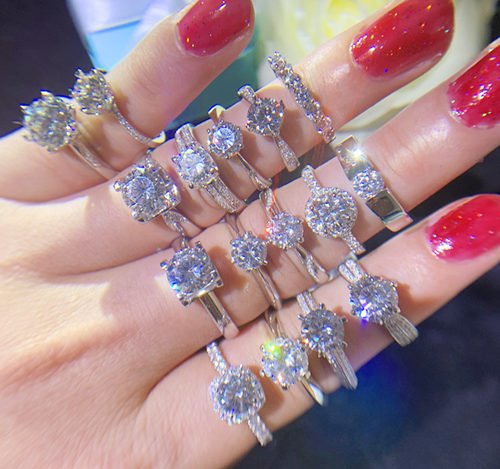 There are many fake diamond rings on the market today, and they are growing in popularity because of their affordability.

These last long, and it’s hard to tell if they are fakes at first glance. Also, make sure that the ring’s craftsmanship is impeccable.

Read more useful tips here or here! See you guys in the next post!