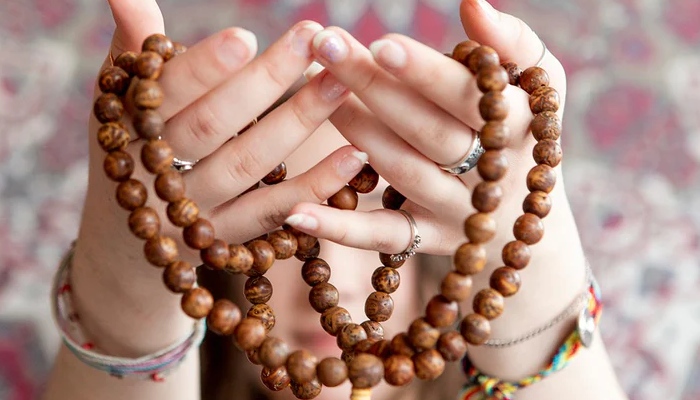 Buddhist prayer beads have been around for a really long time, and currently, you will notice several people wearing the beads for beauty and fashion reasons, but is it right to keep wearing them fashionably?

And with the Buddhists known to do more than a round of prayers on the Mala beads, crossing over the bridge to wear the beads as a fashion accessory has been considered disrespectful.

But some argue that it is not a matter that is in plain black and white; there could be some gray areas, so it is possible to wear the Mala beads without appropriating them.

But what exactly would this mean? What do the beads mean? And when are the beads culturally appropriated? Well, keep reading for more on everything related to Mala beads. So, let’s get right into it!

What are Mala Beads? 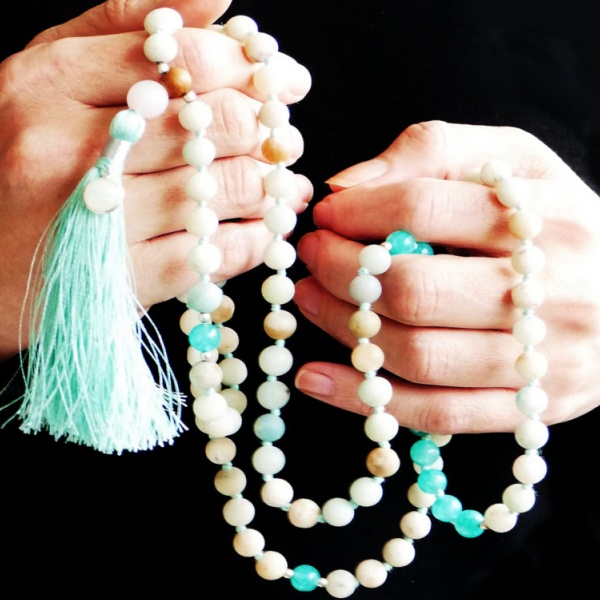 Well, according to WebMD, mala beads, also referred to as the yoga beads or the Japa Malas, can be defined as necklaces made of 108 beads.

Traditionally, a mala is defined as the string of beads used to count the mantras or prayers during meditation. They are often worn as necklaces or bracelets that ensure meditation practice and spiritual growth.

In Sanskrit, Mala is a garland to enhance the wearers or users’ spiritual practice. Besides enhancing one’s spirituality, Mala beads are also considered essential for mental health and mental well-being. 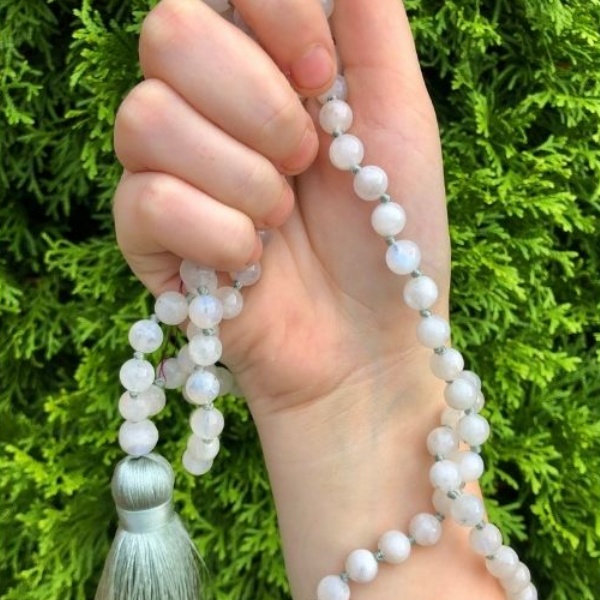 They have been around for several years, thousands of years, and they are believed to have their roots in India, dating back to over 3000 years ago.

Mala beads are believed to have originated in Buddhism and Hinduism, where they were incorporated into meditation to help and improve one’s mental focus and clarity. These prayer beads are also common in Catholicism.

As mentioned above, the Mala beads are made of 108 beads, with the largest of the beads positioned strategically at the center, called the guru.

The Guru at the center is very important, and it’s believed to hold the energy one generates during meditation. They also feature a tassel. 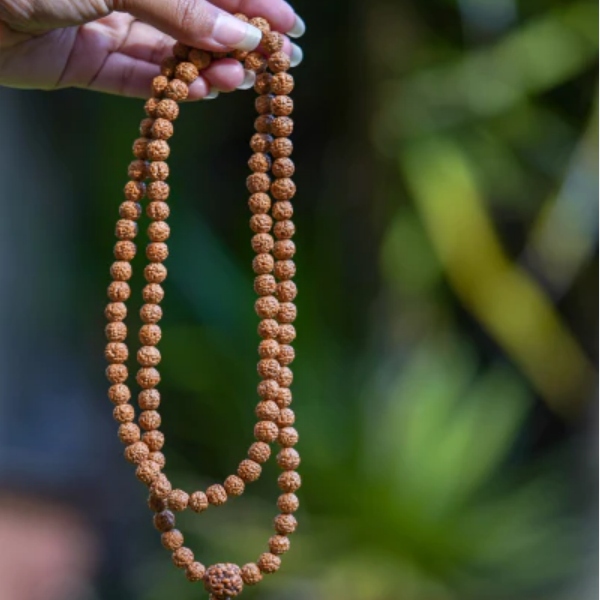 All the 108 beads are described numerically as the numerical equivalent of the spiritual sound, ‘Om,’ the most important sound during mediation.

But that is not all; the number 108 is also quite important because the relationship one has with their inner and exterior environment is often described with the 108 beads. 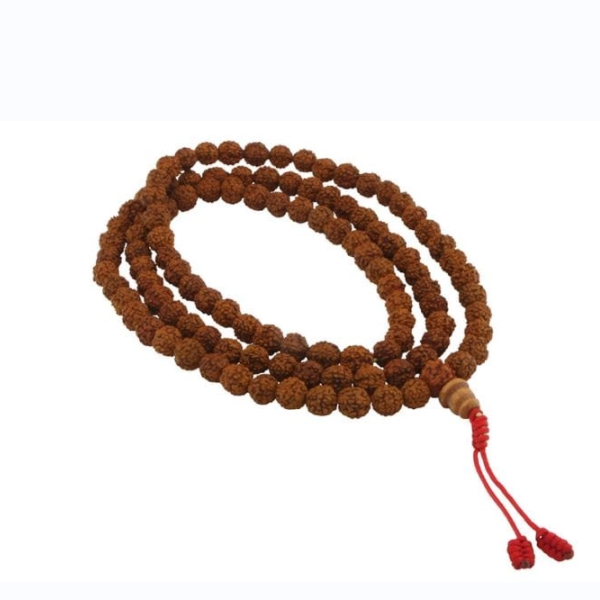 During the creation of the traditional mala beads, the overhead knot is always much stronger, a method that creates space for Japa meditation. Note that Japa meditation refers to the type of meditation where one counts each of the beads repeatedly, per mantra.

And so, ultimately, the mala beads carry a spiritual meaning and are important both in yoga and mindful meditation.

The mala beads have been known to have a huge effect on someone’s approach to their mental health, and it helps to improve their health, enhancing their focus while also helping the person using the mala beads to find themselves and their true inner self. 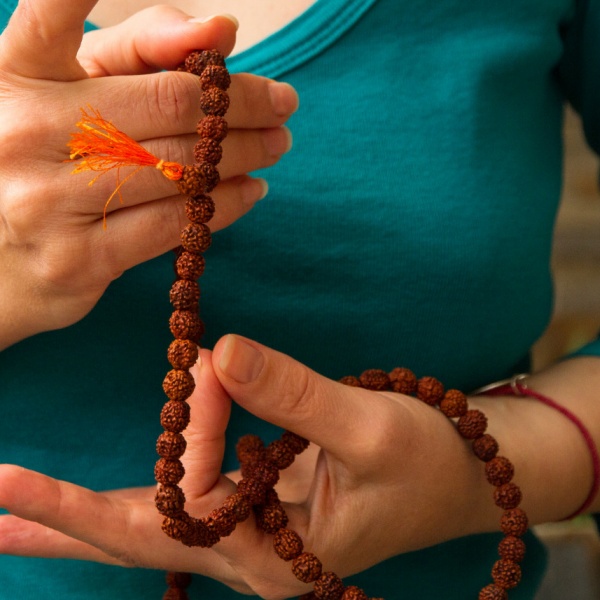 Mala beads may come off as a ‘new’ thing, but this is only the case in the Western world. These prayer beads are not new to most other parts of the world and date back thousands of years.

As mentioned above, Mala beads originated from India in the 8th century BCE. But today, many other religions, including Catholics and Muslims, use prayer beads. 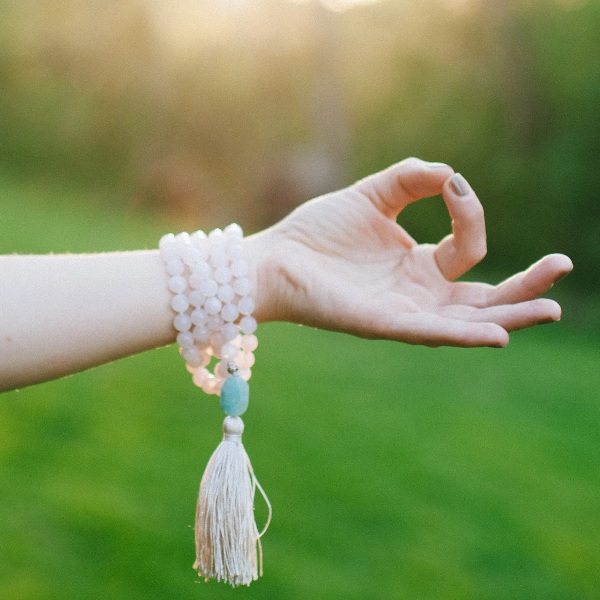 The earliest discoveries were made at South Africa’s very southern tip in a cave that was called the Blombos. In these caves, nassarius shell beads discovered were found strung on a specific cord and are believed to have been worn as decorative elements/ ornaments.

The beaded ornaments are believed to date back to 70,000BCE, and the discovery has provided insights to archeologists on the many technological advancements made by humans even then.

The ornaments are also believed to be a part of the human’s comprehension of an important part of humanity; that is, self-awareness of the human race in its early days. 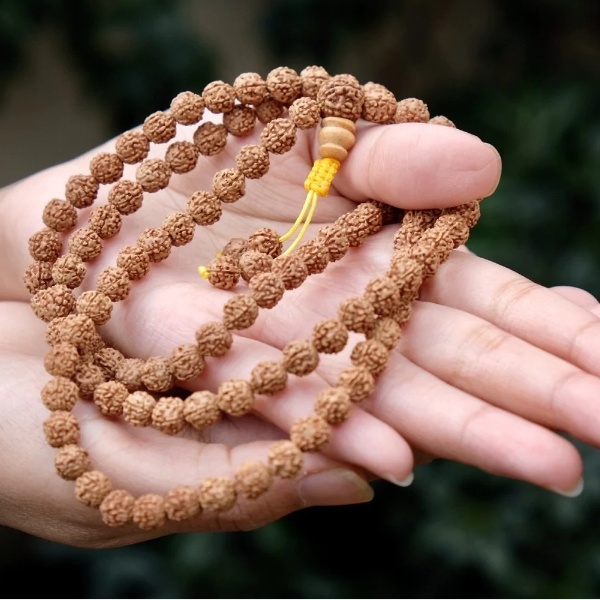 Humans have carried on the fascination and love for beads since then. While not much is known about the beads and their evolution through the years in between, it wasn’t until the 8th century BCE that the ancient Indian seers started using beads to enhance their focus during prayers and meditation.

The beads used by the seers are seen as a way of humanity’s continuity with the whole practice of self-awareness and the human desire to seek that higher knowledge and connection. During this time, the beads would be known as the ‘mala’ or the ‘prayer’ beads.

In a 4th century BCE text called the Mokugenji Sutra, a story is told of a king called Haruri. This king sought the teachings of Siddhartha Gautama as a way of sharing Buddhist wisdom. 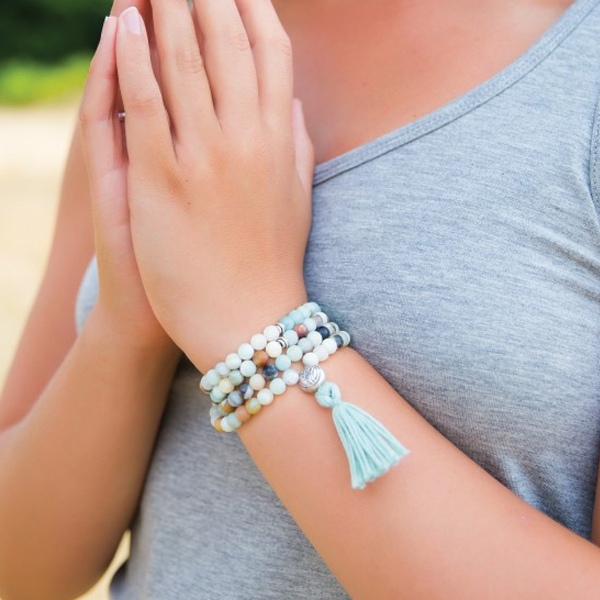 The king was looking for a way of making people more spiritual, and the Buddha suggested that King Haruri creates a strong of beads using seeds for beads and then use them for recitation as they counted each bead.

The recommended beads were made from a tree called the Mokugenji, a type of tree known for its seeds, the soapberry, which is popular in South Asia and India.

And so, in Sankrit, the mantra recited translates, albeit loosely, to devotion to the enlightenment or awakening, dedication to a certain (right) way of living, and devotion to community and all beings. 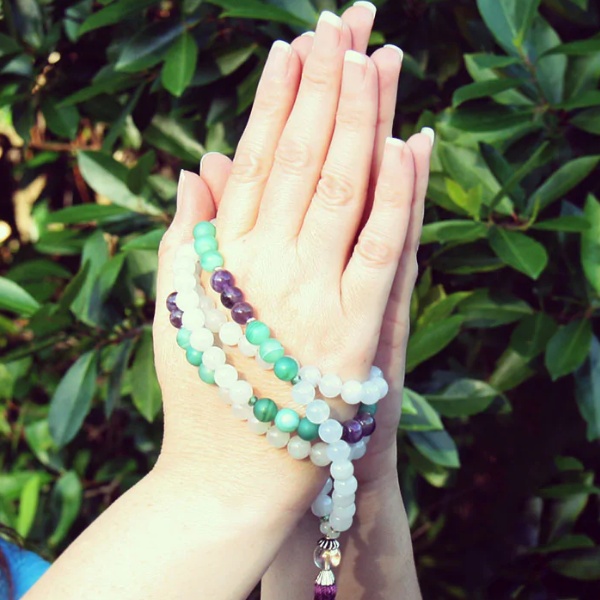 The first pictorial representation of the mala beads is from the 17th century when a picture of a woman wearing a mala before an altar in India is seen.

In 1437, Saint Vincent Ferrer is painted holding prayer beads, and there’s also a famous picture of China’s Emperor Taizong holding his mala in 1592.

In Hinduism, the number 108 is considered the basis of creation. It represents the universe, the wholeness of existence, and ultimate consciousness to remind us that we are all the same. In Buddhism, it represents enlightenment. 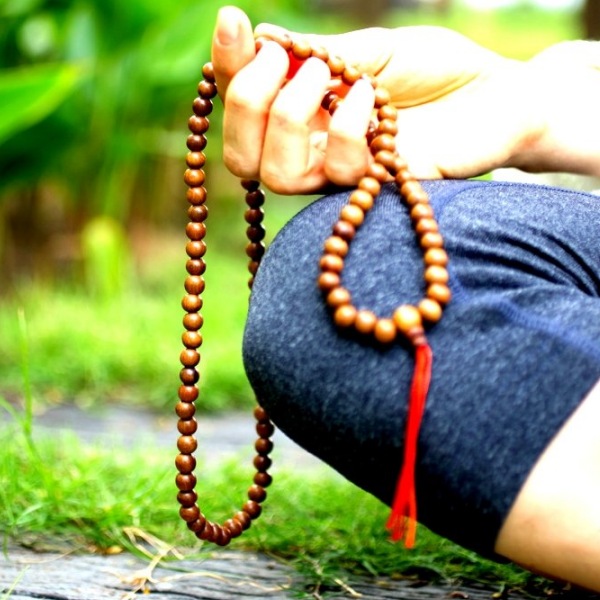 Yes, the Mala beads work as long as you are intentional. Mala beads could also help you become more intentional, especially with your yoga practice and mediation. And when they do work, they bring you various benefits. The listed benefits are as follows:

Stress reduction. Several studies on mala beads and meditation show that using mala beads helps with regular meditation, and they also help ease depression and anxiety and the symptoms they come with.

In return, yoga and mediation have been proven to be helpful in pain reduction, reducing the risk of suffering more psychological problems. 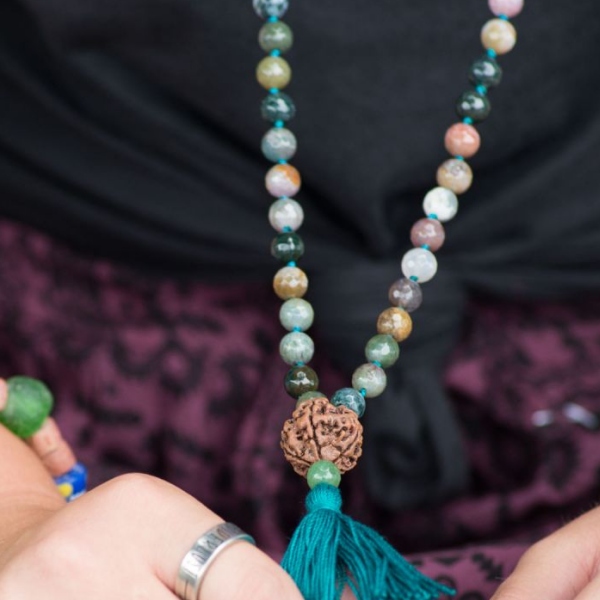 The beads also carry immense physical health benefits such as reducing blood pressure, lowering cholesterol, and heart rate. And thanks to the use of mala beads in meditation, there is improved blood flow to the brain, hence an improved capacity to regulate all bodily functions.

Other benefits include improved cognitive capacity and reduced need for medication use. But to enjoy all these benefits, you’d want to ensure that you know how to use the beads.

Besides using the right kinds of mala beads, you also need to learn how to control your breath by paying more attention to your breathing. 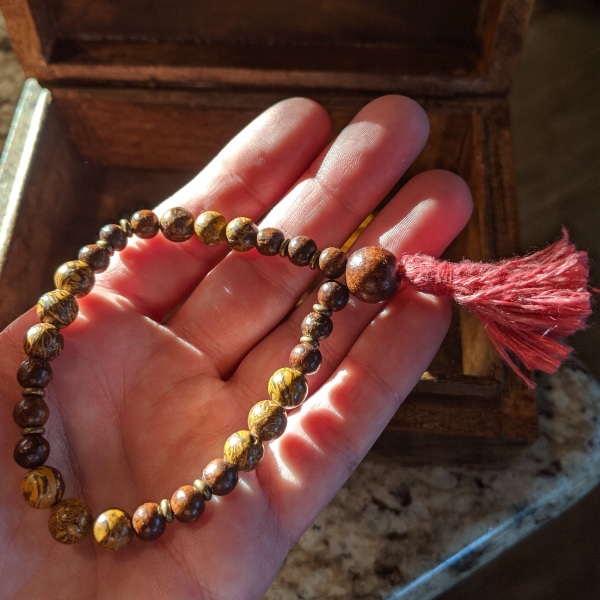 Controlling your breath is as easy as holding your mala beads in one hand and then draping the beads across the fingers for the beads to move easily.

Next, place two fingers on the beads next to the guru bead, preferably the middle and the thumb fingers, then complete a full breath by inhaling and exhaling, and do this with all the 108 beads.

Besides breathing, you should also consider repeating mantras such as Om or words like I am loved, I am safe, I am calm, etc., and you can repeat the mantras depending on your current needs. 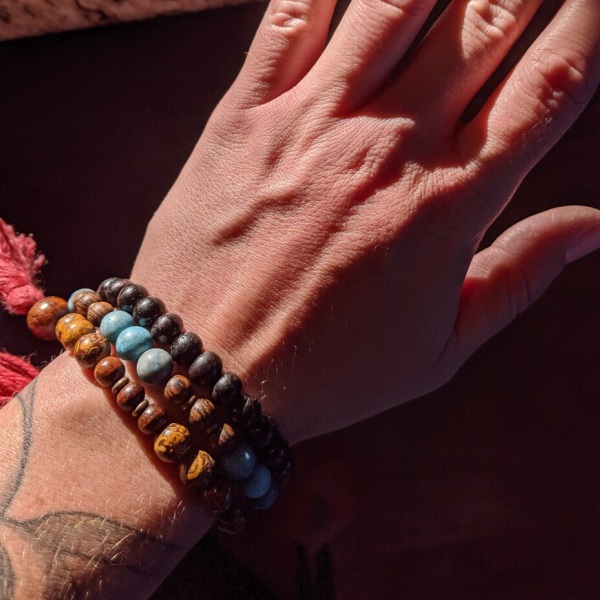 Whether you are a secular/ western Buddhist or not and are learning all about the Thich Nhat Hanh teachings, using the mala beads is essential and the practice in general.

But with the large Buddhist culture and beliefs, would wearing the mala beads be considered a cultural appropriation?

While this is how it may seem, wearing mala beads as a way of honoring the Buddhist beliefs and growing your practice will not be deemed as cultural appropriation.

Ultimately, the teachings of Buddhism and the mala beads play a huge role in the instructions of the religious belief system. 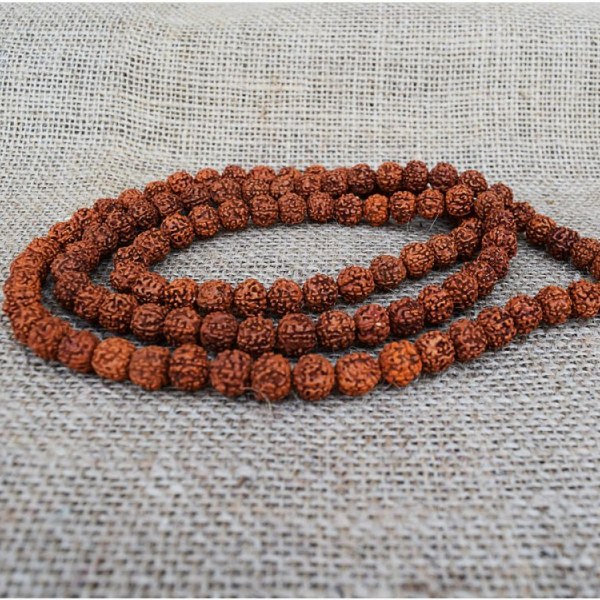 Mala beads are powerful tools that guide and enhance mindfulness because the beads help to increase the concentration of the wearer while also promoting the most beneficial experiences through meditation.

As to whether the mala beads are a form of cultural appropriation or not, well, that depends on how you use them.

Generally, if you’re wearing the mala beads to improve your mental health, awareness, concentration, and spirituality, that is not cultural appropriation.

It is only appropriation when you disrespect the beads and their meanings.