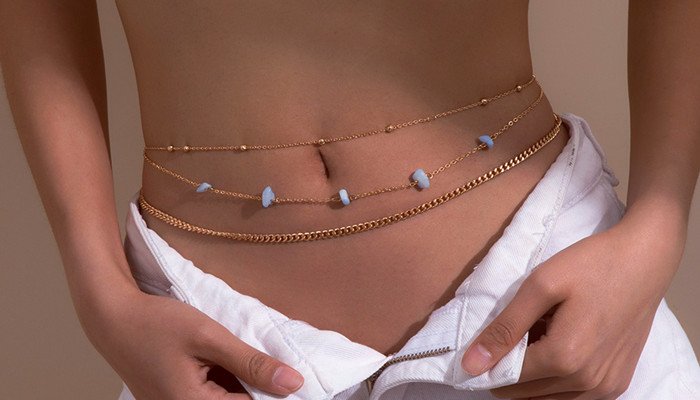 Body chains, especially the beaded ones originating from West Africa among other African countries, are often considered an African cultural thing that has been adopted by the rest of the world, with body chains considered an important accessory that anyone can wear today. 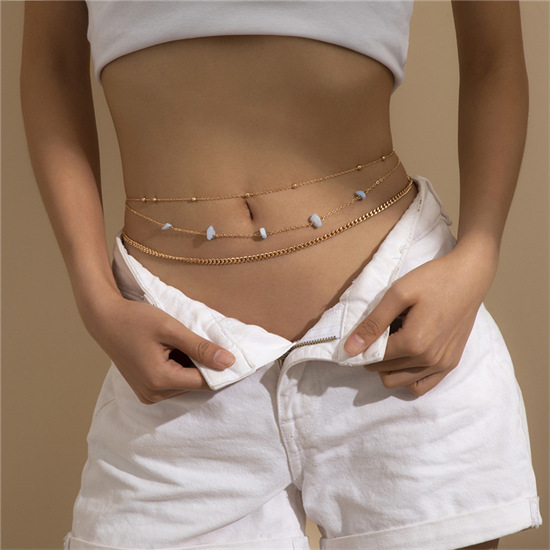 But is your decision to wear a body chain considered a form of cultural appropriation or a form of disrespect to some ancient culture?

We’ll find out about that and more in this article. So, let’s get into it!

The body chains, especially the belly or waist chains, can be traced to at least 4000 years ago, and all evidence point to this type of jewelry originating from India, or rather, the Indian Subcontinent. 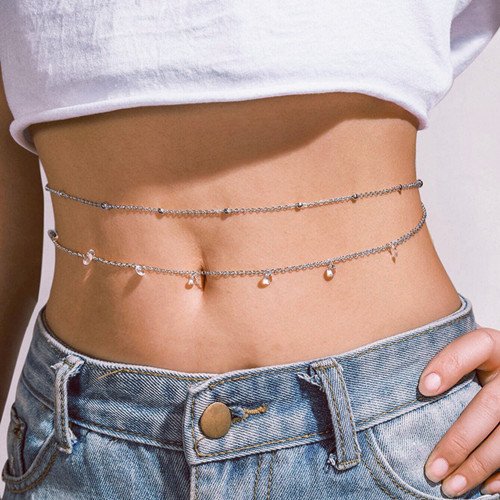 And as per historical records, the waist chains were used and largely worn in India by men and women. These chains were not only worn as ornaments but also as important elements in religious ceremonies.

Depending on the material that the body chains were made of, others wore the chains as a way of showing off their affluence. 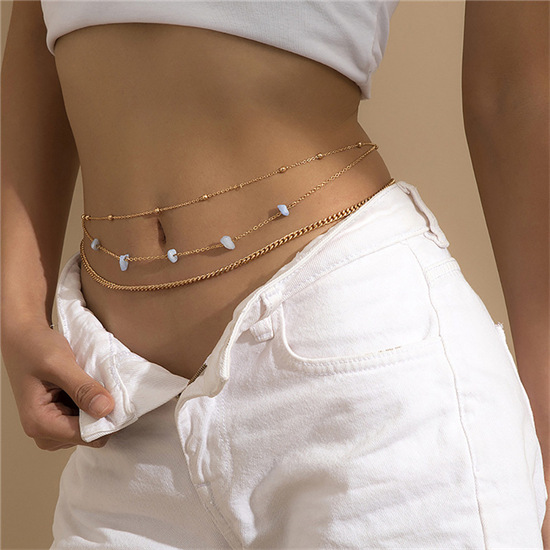 It is believed that the body chains were worn as accessories draped over one’s shoulders and also around the hips.

In addition to this, astrology also has associations with the body chains featured as part of the Roman and Greek art associated with the planet/star Venus, and subsequently, the goddess of love.

And thanks to the size of Venus, the body chain is believed to have been used to adorn the statue of Venue rather than a real woman, as is the case today. 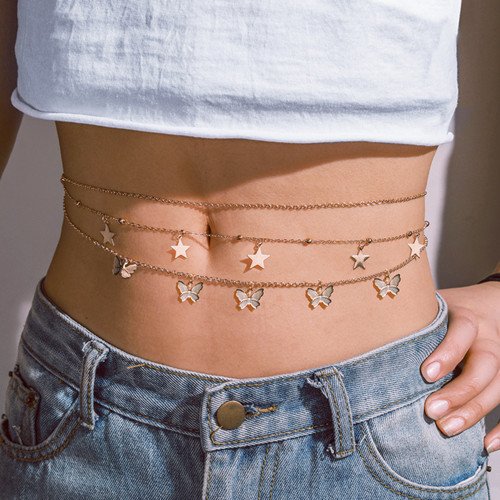 It is generally believed that the significance of this accessory had, at the time, changed to symbolize male authority and power rather than female sexuality.

The body chains from these periods were intricately designed in what looks like the detailed Roman style that is also seen in the ancient but standing architecture.

These body chains were not thin chains but linked medallions – probably why these denoted the power and the authority of the males that ruled at the time.

Cultural appropriation is considered taking a cultural element from a certain culture, where the jewelry is considered an important part of that culture. 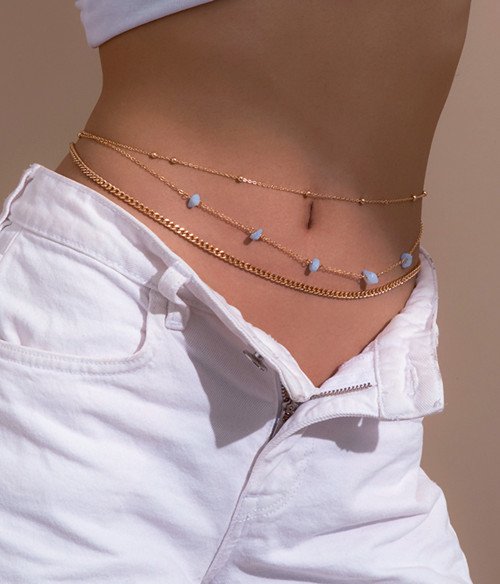 In recent days, especially with the obsession over body jewelry increasing or re-emerging, different groups or cultures embracing different kinds of body jewelry that represented a certain community or culture in the past is now considered a form of cultural appropriation by some people.

But this is not always the case, especially with body jewelry traditionally referred to as any kind of adornment that was placed through and was attached to a specific body part.

When it comes it body chains and waist beads, however, the definition may not be the same, but like all kinds of body jewelry, some people think of the body chains as elements that represent cultural appropriation. 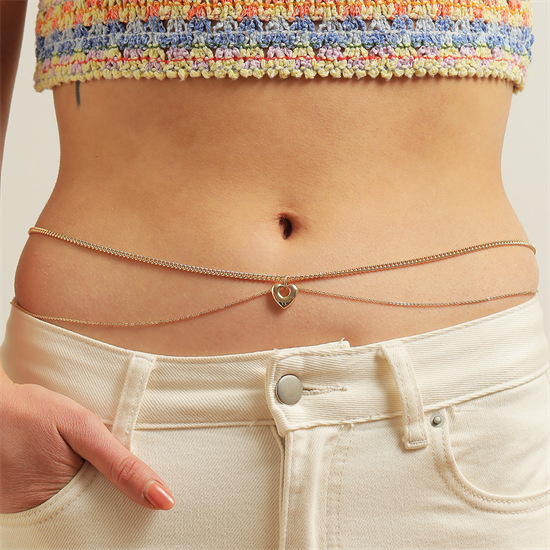 However, our sentiments are different from this in that the body chains are more of a means of cultural appreciation rather than cultural appropriation.

Ultimately, it all comes down to an individual’s subjectivity and an understanding of the appreciation of the history associated with the pieces.

So, with waist beads and body chains worn increasingly in the waist, whether made of threaded strings, hooped chains, or small beads, the popularity of body chains can be regarded as the best form of cultural appreciation. 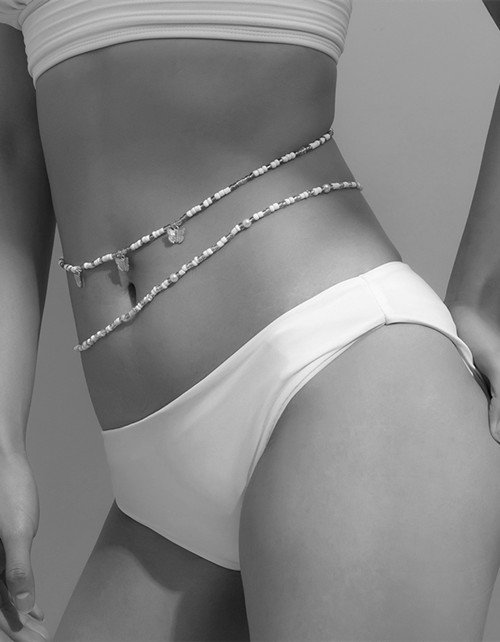 The waist beads that originate from West Africa, for example, are of great significance, and they symbolize sensuality, fertility, and femininity.

While being culturally appreciated by the rest of the world, the decision by the Western nations to now label the chain as belly beads or the beaded waist chains rather than the waist beads can be considered a form of cultural appropriation.

At the same time, the body chains and waist beads are largely considered an aesthetic, and not everyone recognizes them as adornments with a form of cultural significance.

So, whether appreciated or appropriated culturally, the body chains and waist beads are an important part of culture today.

Can I wear waist beads if I am not African? 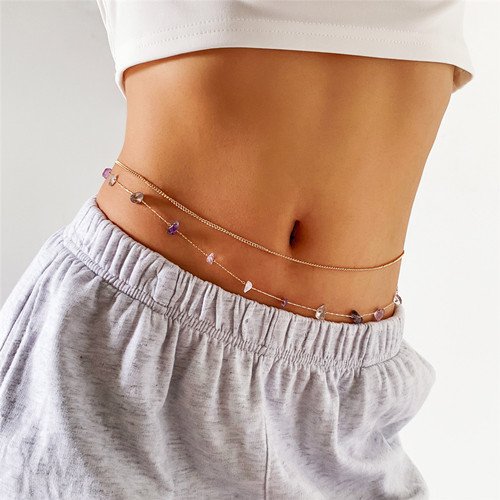 Yes, you could wear the waist beads even if you are not African or Indian. The waist bead/ chain is more than a cultural thing, and you can wear it for different reasons, including non-scale weight monitoring, enhancing your sensuality, and just for aesthetics.

At the end of the day, the waist beads make the most stunning kind of jewelry, and in addition to there being no laws that stop you from wearing them, they look great on pretty much everyone! So, if you like waist beads or body chains, you should wear them, and have fun with them. 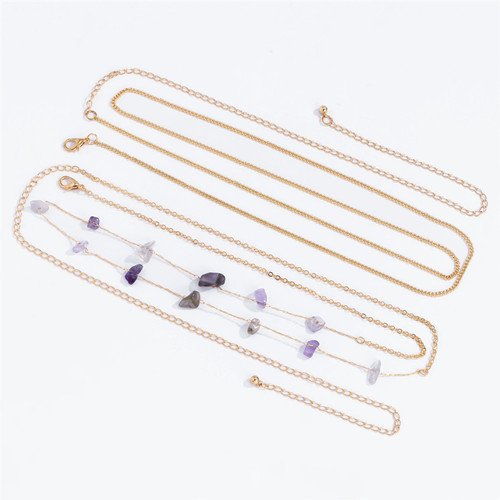 At the end of the day, anyone that stirs up trouble about white people wearing the waist beads is only a societal concern and nothing for you to worry about.

Remember that African people, like all other societies and cultures, are always happy to share parts of their culture and not really protective of it. So, yes, you can wear the white waist beads if it’s a jewelry style that you like. 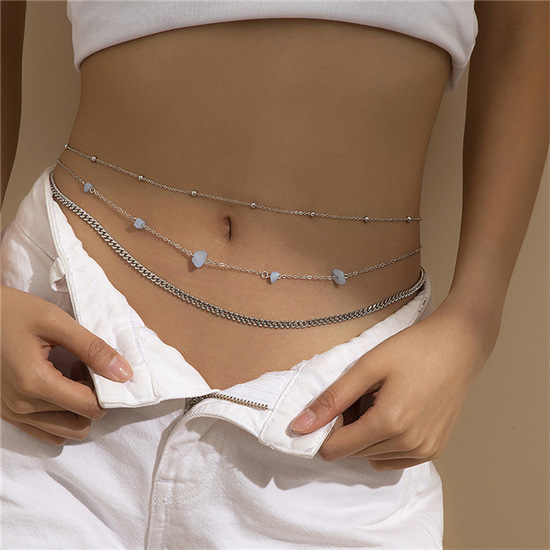 Are waist beads in Latin culture?

Although waist beads are largely associated with West Africa, they are also seen and present in Latin and Hispanic cultures.

Some people may beg to differ from our point of view, but nothing shows cultural appreciation better than wearing such waist beads and body chains, among other kinds of body jewelry.