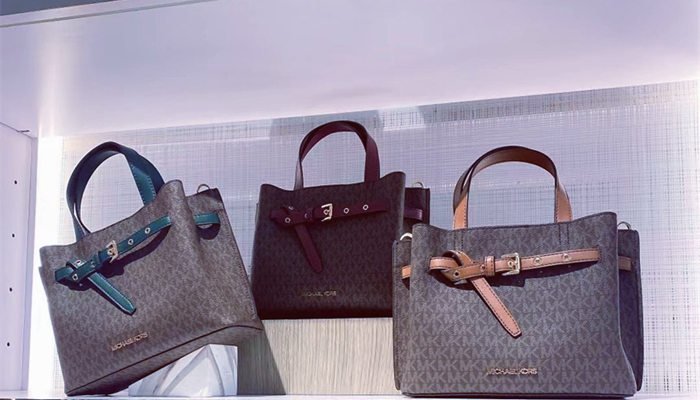 Would you buy products by Michael Kors, or rather, do you own anything by the Michael Kors brand? And even more importantly, is Michael Kors a luxury brand?

While it is a reputable fashion brand that is only affordable to a few individuals, how exactly is Michael Kors classified?

Well, this article explores the world of Michael Kors and takes you through everything you need to know about this brand. So, let’s get right to it!

An award-winning and world-renowned designer and brand, Michael Kors is one of the biggest American brands that offer the best of luxury accessories as well as ready-to-wear designer shoes and clothes. 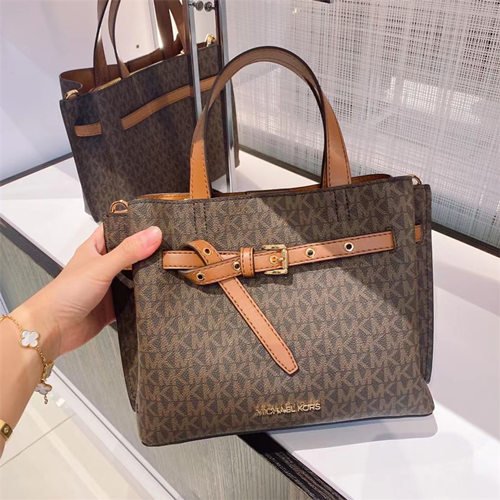 Michael Kors, the name behind the brand, was born Karl Anderson Jr. in Long Island in 1959 and moved to NYC to attend fashion school at the Fashion Institute of Technology. However, he didn’t complete college as he dropped out after just two semesters. But even before college, it is evident that his dream to be in the fashion world started early on in his life – he worked as a model when he was just a toddler, which is where he first made an appearance on the national screen in a nationwide campaign for toilet paper and also the Lucky Charms cereal. His biological parents did split while he was very young, and he got his new name at the age of 5 after his mother got remarried to Bill Kors, a businessman. During the name change, taking a cue from his mother’s suggestion since he was getting a new last name, after all, he also picked a new first name. He chose the name Michael, and it’s the name he’s since stuck with, and also opted for his second favorite name, David, for his middle name. During this time of change, his mother let him design her wedding dress. Michael, who was already a fashion addict, was quite thrilled with this prospect, and though the marriage didn’t last, he kept the names, and the wedding pictures are what he considers as timeless. 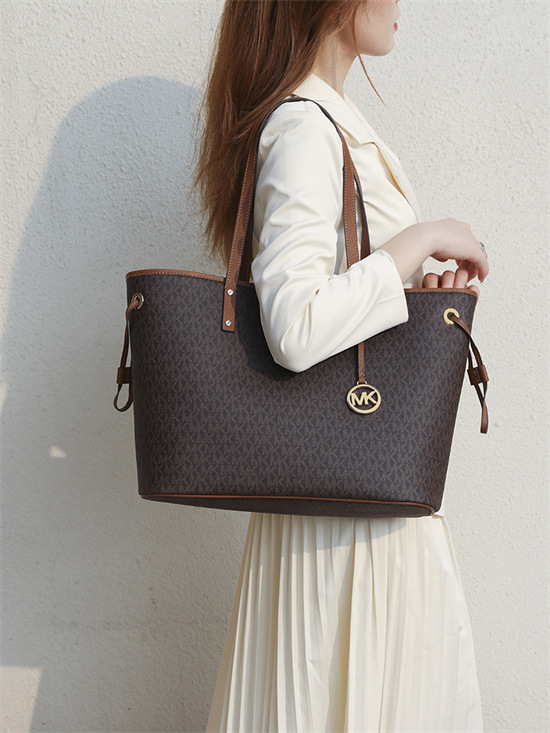 His love for fashion lived on, and though he dropped out of college after two semesters in the 1970s. His most notable time in fashion was in 1978 when he worked for the French Boutique called Lothar’s, a fashion boutique that allowed him to design and also merchandise his very first fashion collections. The designs he created earned him great recognition in the fashion scene then, and this fueled his interests even further, allowing him to start his fashion house. He started working on his own designs from his apartment, and in 1981 (May), Michael Kors launched his very first collection of high-end women’s wear. This collection was sold in the high-end department stores – Saks Fifth Avenue and Bergdorf Goodman. It wasn’t all rosy, though, and though the KORS Michael Kors line was launched in 1990, the line was discontinued in 1993 as the company filed for bankruptcy. During this time, Kors worked as the fashion designer for the Celine brand under the LVMH conglomerate. He retained the position until 1997, when he made his dramatic return, relaunching as a lower-priced fashion line. He did things right this time and, in 2002, launched the Kors Menswear line. In 2004, they launched the MICHAEL Michael Kors and the KORS Michael Kors lines, as well as a relaunch of the Michael Kors Collection Label. The former focuses on women’s shoes, handbags, as well as ready-to-wear apparel. As of 2016, Michael Kors was present in at least 770 lifestyle/ designer stores globally. 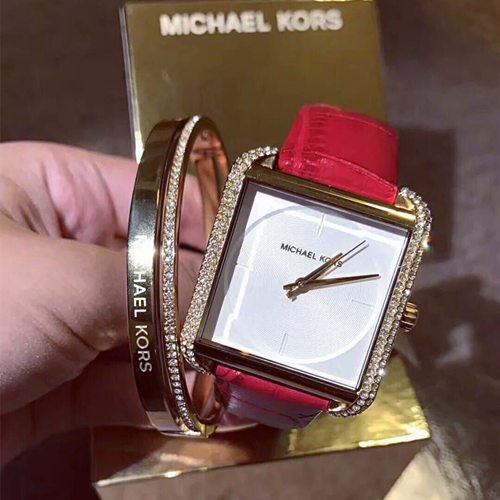 Michael Kors success in fashion design stems from the fact that his designs were basically simple and well-tailored clothing designs, but also, Michael Kors is very well known for his charm and his winning sales techniques. He also got the thumbs up for his career at 23 when Anna Wintour, the formidable fashion editor for the New York Magazine who now works for Vogue, took time to view Michael Kors collection. This really helped him move up, and though getting to show off his collections in the glitzy Madison Avenue showrooms was still just a dream for him, this opportunity was a big step for him and one that took him towards success. To increase his brand’s awareness, Michael Kors would travel across the US, showing his designs in the small fashion shows, some of which were held in private homes. These shows were called Trunk Shows. 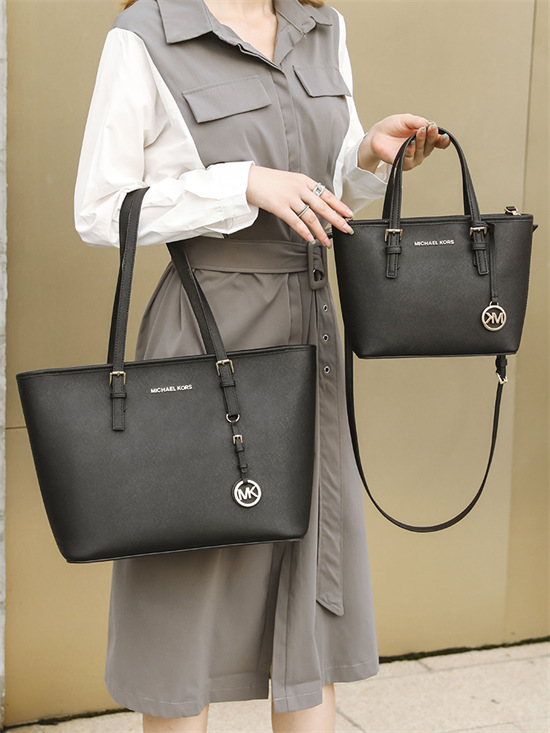 Today, Michael Kors Holdings Limited is a globally known American brand that deals in apparel, footwear, watches, jewelry, and other types of accessories. The brand has a large presence in at least 100 countries worldwide, and they offer unique designs for handbags and accessories. Their jewelry options and accessories are trendy and rather popular with the younger generations, including teenage girls.

Michael Kors is a designer brand, but does this mean that it can be considered to be a luxury brand as well?

Should you feel over the moon after buying or receiving a genuine Michael Kors bag, for example, and should the feeling be comparable to what you feel with a Louis Vuitton bag? 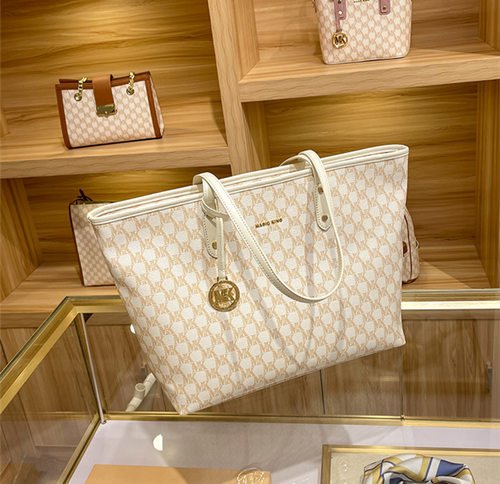 On the other hand, Versace, which is also owned by Michael Kors, is a high-fashion luxury line.

Michael Kors bags and shoes tend to be much cheaper than the other premium designer brands on the market, and it is regarded as an affordable fashion line, but not a luxury line.

Remember that brands and products that qualify as luxury are exclusive in that they are very highly-priced and afforded by very few individuals, and also, the quantities produced are very limited when it comes to luxury fashion lines.

Why Is Michael Kors So Expensive? 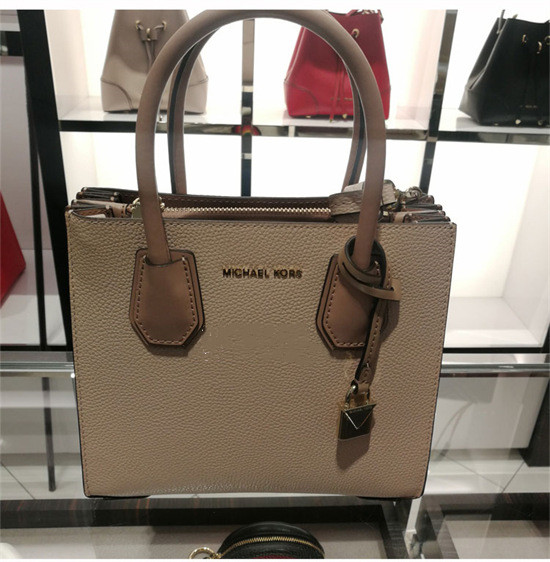 Designer fashion brands have marketed themselves as must-haves for the middle-class population, and this means that everyone wants to buy them.

But this can’t be, and Michael Kors is making sure this doesn’t happen by incorporating a high price tag to their products.

Essentially, if you are planning to buy from a designer fashion brand that spends millions on marketing/ advertising, you should know that some of those costs will be included in the final costs of the products. Naturally, this results in costly bags and accessories from the MK brand. 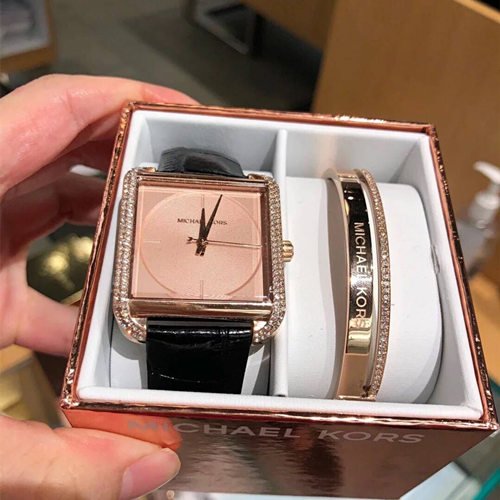 Although there are companies like Coach that offer better quality leather bags and accessories, Michael Kors provides good quality products that drive up the prices of their goods.

So, in as much as the brand is known for being an affordable brand, it is only affordable to their target market.

Besides being a judge on Project Runway, Michael Kors dressed Michelle Obama for her inaugural or first official sitting as the First Lady.

This propelled the brand to greater heights, but it also meant that products by Michael Kors were sold at higher prices.

Over the years, several other A-list celebrities like Michael Kors have worn Michael Kors, from Victoria Beckham and Halle Berry to Ashley Olsen, and Kate Hudson, among others. 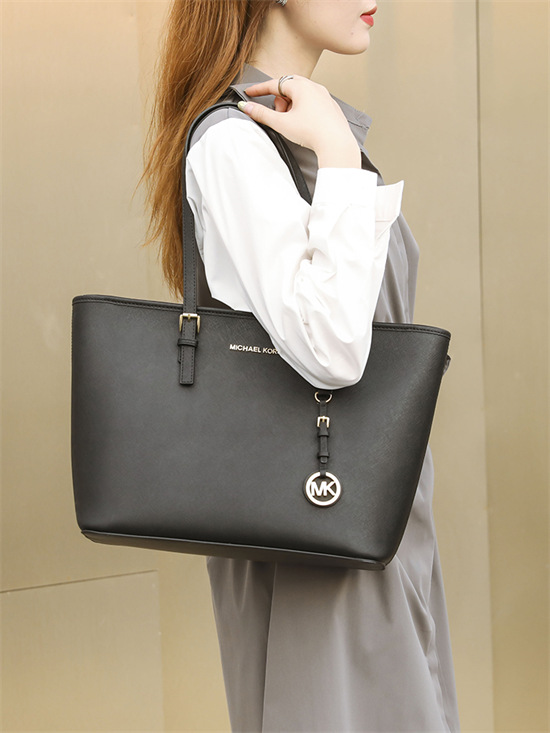 In addition to these celebrities, the high price tags come from the big MK name and logo.

The brand is all about beauty, elegance, luxury, quality, style, and simplicity, all in a way that embodies the expression of true femininity and inner desires.

All these are packaged into their stunning bags and accessories, resulting in a high price tag.

An interesting note about the Michael Kors bags is that they are not all expensive, but some are more expensive than others.

Generally, the bags that retail at over $1000 are the ones manufactured in China, while the more affordable MK bags are the ones that are mass-produced in China. 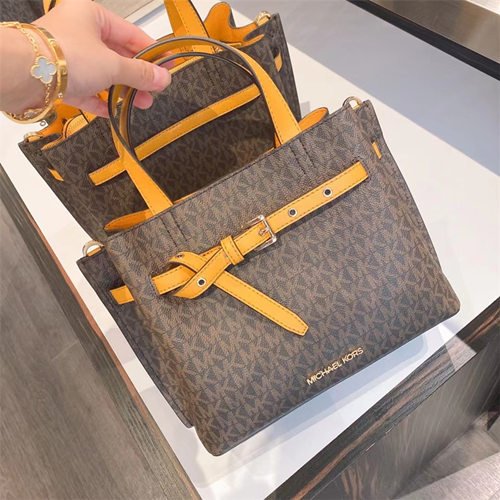 What is Michael Kors brand known for?

The Michael Kors brand has positioned itself as a luxury brand, although we think it’s more of an expensive designer brand.

But what it’s largely known for, in addition to the MK logo, is the fact that the brand sells its products at fairly affordable prices, with most of their handbags sold for less than $150.

Only the limited-edition bags and accessories made in Italy are the ones that retail for more than $500.

Why is Michael Kors a good brand?

In addition to the fairly affordable prices, Michael Kors is a famous brand thanks to their very practical designs and the fact that their products are made using high-quality materials. They also offer a good variety of bags, wallets, and purses at great prices. 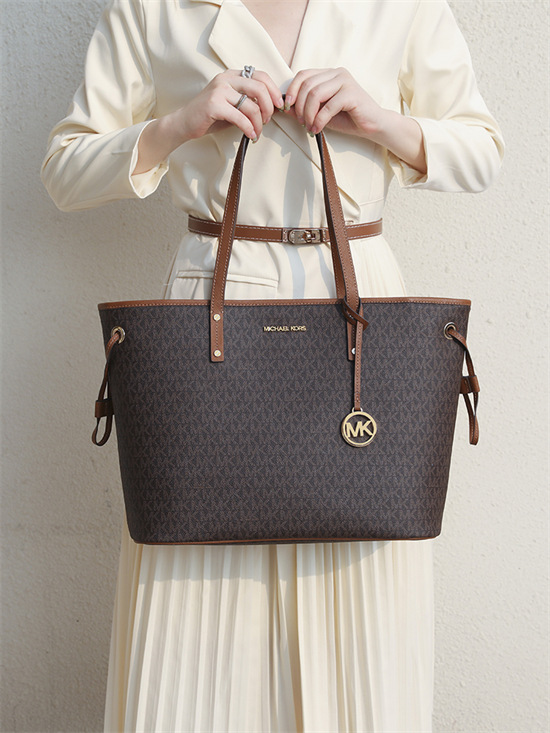 And if you are looking for great quality and trendy, Michael Kors also has your back with their wide range of product offerings.

That said, some of the Michael Kors fans have noticed that this brand is no longer what it was. This would mean that whether you consider Michael Kors a good brand or not depends on the product you are buying and the price tag. The quality of the cheaper products doesn’t compare to that of more expensive bags, and if you want to get the very best of Michael Kors, you may have to spend much more on their products.

In recent days, the mass-produced bags have proven not to be valuable, which means that there is a chance of you being disappointed by what the brand has to offer. 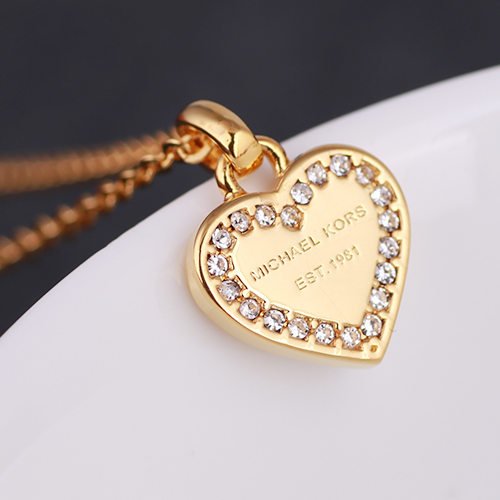 Pros and cons of Michael Kors 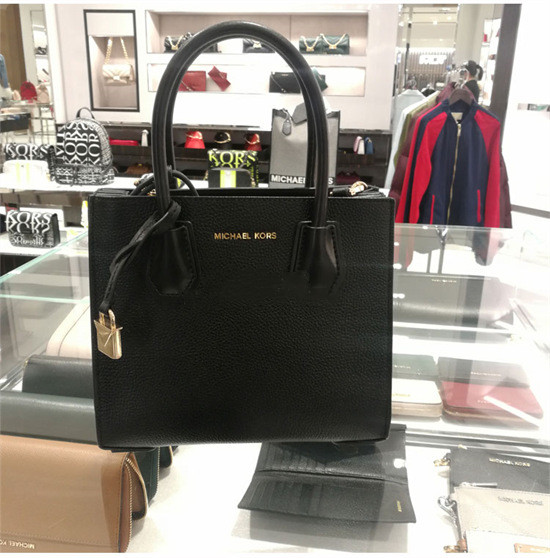 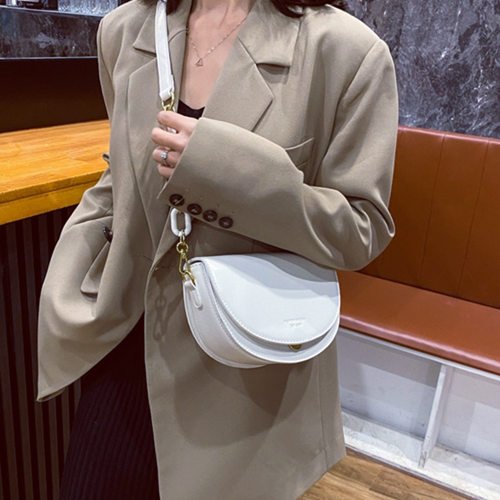 Is Michael Kors better than Coach?

In terms of pricing, Michael Kors products are priced just the same way as Coach’s, and there isn’t a big disparity in terms of the product prices for these bags.

But in terms of quality and getting your value for money, Coach is, without a doubt, a superior brand that offers higher-quality bags made of genuine leather and in classic designs.

The quality of MK bags doesn’t match up to that of the bags by Coach.

If You guys want to read more relevant content, this post is absolutely for you:  Coach Vs. Michael Kors – Which One is Better?

Although Michael Kors is positioned as a luxury brand, it is practically a mid-range fashion designer brand, especially because their products are more affordable and accessible than the products sold by the bigger luxury brands like Dior, Chanel, or Louis Vuitton.