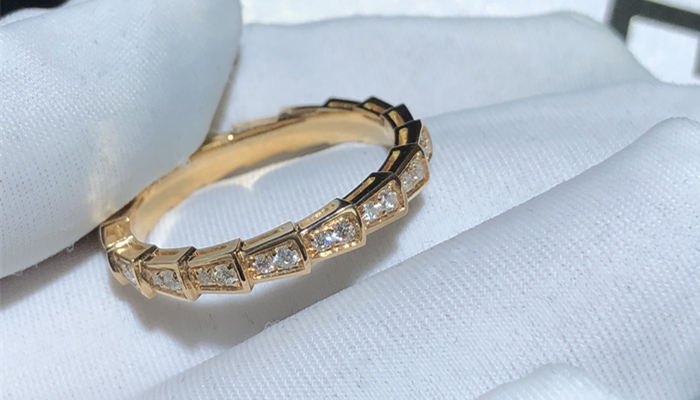 In addition to making some of the best keepsakes, both gold and diamonds are quite valuable.

They are safer and also some of the smartest investments you could make, and though both the diamonds and gold would ensure that you have an excellent return on your investment, it’s important for you to make sure that you are making the right investment decision.

In this article, we’ll take at everything you need to know about diamonds and gold and which of the two is more valuable than the other. 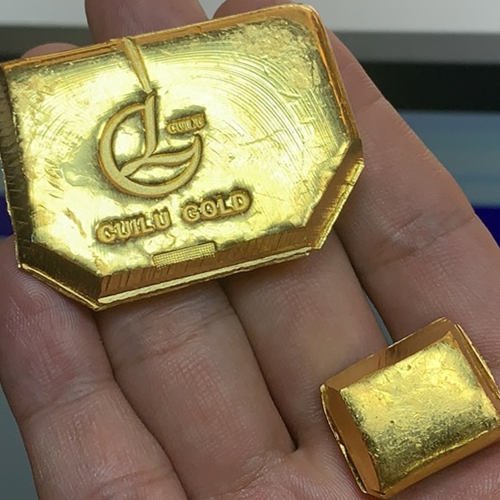 Gold can be defined as heavy metal and one of the Earth’s rarer elements. Gold was formed millions of years ago from the collisions of the neutron stars, according to Faul Ulrich, a professor and Earth scientist based at Massachusetts’ Institute of Technology.

It is also believed that during the earth’s formation, the heavier elements are said to have gravitated towards the core of the earth, which meant that all the pieces and elements that are found near the crust are lighter, which is why gold is harder to find on the earth’s crust.

You’d find that in lower concentrations, gold would be found in rather larger varieties of rocks found in the earth’s crust. And for the gold deposit to be formed, you’d require a specific concentration of the hard rock for the economic feasibility of the mining.

Therefore, according to the scientist, Fedortchouk, the average gold concentration in the Earth’s crust is extremely low, at only 4 parts per billion.

And in order for a mineable concentration of gold, the gold deposits in the ricks would have to be at least 1250 times more than what is found in the earth’s crust. 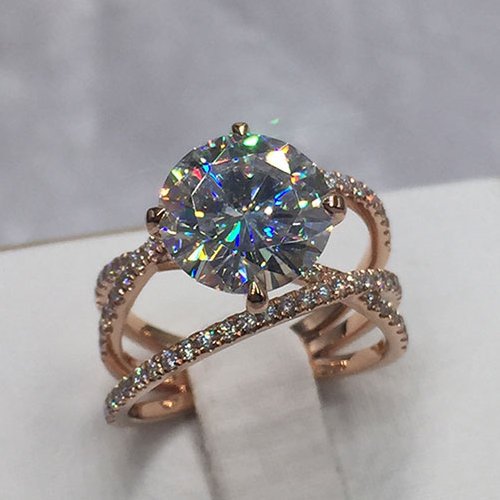 On the other hand, diamonds can be defined as highly-pressurized carbon. In the non-pressurized form, this carbon-based element is called graphite. Graphite is what is used in pencils.

Diamonds are believed to be the result of their production from the Earth’s mantle, and then the diamonds are somehow brought to the surface of the earth. The diamonds could also be formed as a result of the meteorite impact, but the catch is that these diamonds pushed to the earth’s crust are too small, and they could never be referred to as gems.

Essentially, the diamonds that are formed very deep in the earth’s mantle would be brought up to the crust or surface of the earth by the deep magma. They could also be pushed up by the slow uplift of deeply-seated rocks during the growth process of the mountain. And in the slow uplift, these diamonds would be graphitized, which means that they would never get to the surface as gemstones.

It’s also important to keep in mind that the formula needed for the diamonds to actually form will depend on the depth, the pressure, and the temperature. Basically, carbon would be buried up to 93 miles under the earth’s surface, then heated up a temperature of 2200 degrees (Fahrenheit), and pressurized by as much as 725,000 pounds of pressure of 5 billion pascals. The diamonds would then be rapidly brought up to the surface through volcanic eruptions, where they will be cooled down. All these are extraordinary processes that result in the creation of natural diamonds that can be mined with the right tools.

Is gold rarer than diamonds? 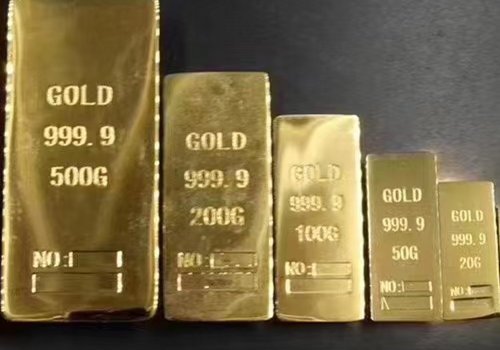 Because of the conditions required for the formation of gold and diamonds, diamonds are significantly rarer than gold.

But that is not the only consideration that you need to keep in mind because, in its elemental form, gold is rarer than diamonds. In fact, this makes more sense because of the abundance of carbon, specifically the fact that carbon is the most abundant element on earth, especially when you think about carbon in comparison to other heavy metals such as gold. On the other hand, diamonds are only made of the high-pressured carbon that’s available in abundance on earth.

This is not all, though, with the invention of synthetic diamonds complicating things even further. Today, scientists are able to re-create the specific conditions that result in the transformation of graphite into diamonds, but in a lab. So, with no volcanic eruptions needed for diamonds to be formed and with the knowledge that gold cannot be made in the lab, gold is considerably rarer than diamonds.

Diamond vs. gold, which is more expensive? 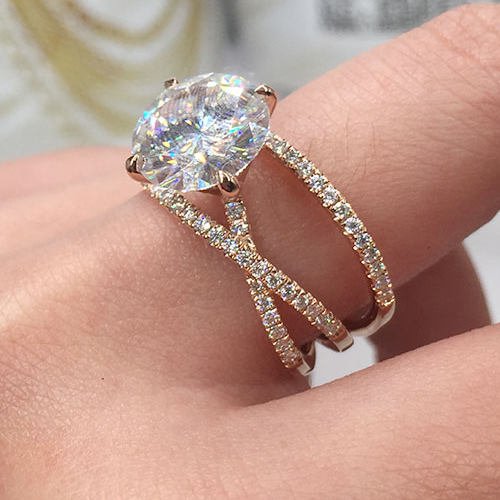 Well, the answer to this question isn’t straightforward, especially because gold has standardized pricing where the spot price for the gold on that day will determine the value of the gold. For example, gold would be priced at $2,000 per ounce.

For the clarity level, diamond prices range from FL for flawless to IF for internally flawless. And bigger stones would result in highly valued diamonds.

Regarding gold, the pricing is determined by the purity of the gold. With the purity of gold in mind, you will find that 14k gold is cheaper than 18K, 20K, 22K, and 24k gold.

Therefore, if you are comparing gold and diamonds, you should know that diamonds could be cheaper but also more expensive than gold. It all depends on the varieties of gold available and the levels of purity of the gold.

Is gold more valuable than diamonds? 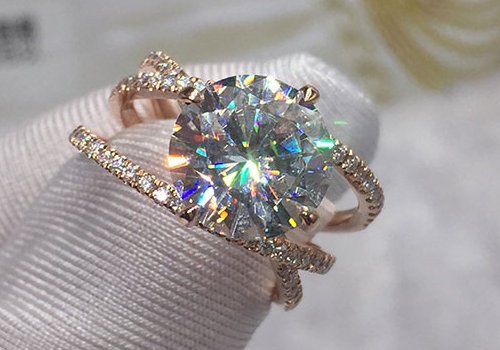 Well, gold features and intrinsic but tradeable value. The reason for this is that in the older days, when there wasn’t currency to be used, gold was the primary and the highest metal rates, which meant that it was also used as a measure of wealth.

And even in the modern world, specifically around the 70s, a country’s exchange rate for gold was dependent on the number of gold reserves in the country.

This is, without a doubt, one of the most logical options, especially since there wasn’t any other way of comparing the international currencies.

This got too complicated, though, and the gold supply at the time wouldn’t match the demand, and this gave rise to the demand-and-supply option for forex between countries. In 1973, the US dollar replaced the use of gold because money could be printed, but gold cannot be printed.

On the other hand, diamond is a lot more interesting. And although the diamonds were largely worthless until the genius marketing strategy that was coined 100 years ago, the truth is that diamonds aren’t the most valuable gemstones, and the only thing that makes it expensive is the rarity marketing scheme run to make us believe that it is the best option.

Otherwise, a diamond engagement ring bought today for a few thousand dollars would lose as much as 80% of its value as soon as you leave the store. This is not the case with gold because as long as the gold jewelry is made of solid gold, it will always be worth something.

Diamond vs. gold investment-which one is better?

Should you invest in gold or diamonds?

While these two are regarded as the best metals ad gemstones, respectively, they don’t always make the best investment decision.

To determine which of the two you should invest in, there are important considerations that you need to keep in mind. These are:

The consistent appreciation in value – there are a number of external factors that affect the price of gold, which means that you couldn’t be exactly sure that the gold you buy today would appreciate in value. The gold won’t lose much of its value, though, and you are guaranteed to enjoy good profits later on. On the other hand, the diamonds’ value is based on quality, meaning that if you need a predictable investment option, diamonds would be better.

Portability – depending on the sizes, diamonds are more portable, making them a better option if you are looking for long portable investments. This isn’t the case with gold, though.

But even with these differences in mind, it’s important to note that gold is often a safe investment than diamonds. Gold offers a great return on investment, and it’s known to be able to withstand inflation easily. The gold investments also offer reliable returns. And in other parts of the world, gold is regarded as a currency, which drives up its value even further. And with diamonds’ value based on the quality of the pieces, gold would, therefore, make a preferred investment option.

Gold is a safer investment option, and its value is based on its purity. Gold is, however, cheaper than diamond. The value of diamonds is affected by the 4Cs, meaning that the diamonds with the best quality features will cost more.