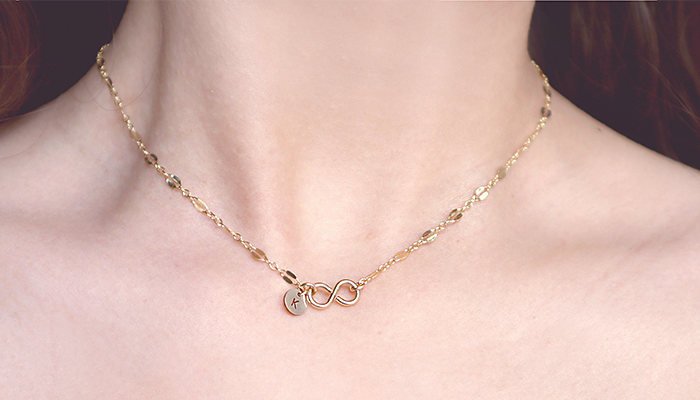 Elegance, simplicity, and deep meaning. These are some of the words that you could use to describe an infinity necklace or any other kind of jewelry with the infinity symbol.

But it turns out that this is not all there is to the infinity necklace or jewelry in general, and they’re actually is actually some spiritual meaning or significance attached to this symbol.

In this piece, we’ll share with you some of the things you need to know about the meaning and the significance of the infinity symbol.

What is the spiritual meaning of the infinity symbol? 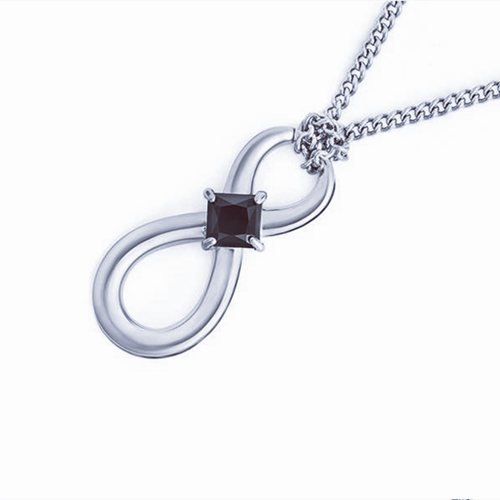 In modern times, the infinity symbol is believed to be quite meaningful, and not just in the spiritual sense but also when it comes to its association with love, power, and beauty.

For the most part, it is believed that the mysticism of the past life and the possibilities of eternal future are the things that give the infinity symbol great meaning, as well as that deep-seated sense of awe and wonder.

And in a world that is full of complications and distractions, it is believed that the infinity symbol represents the sense and feeling of balance and simplicity that washes over you, reminding us to be consciously aware of all the endless possibilities around and before us.

But to understand the meaning of this symbol, a look back in history is crucial, especially because the infinity symbol has been around for a really long time.

Origin of the infinity symbol 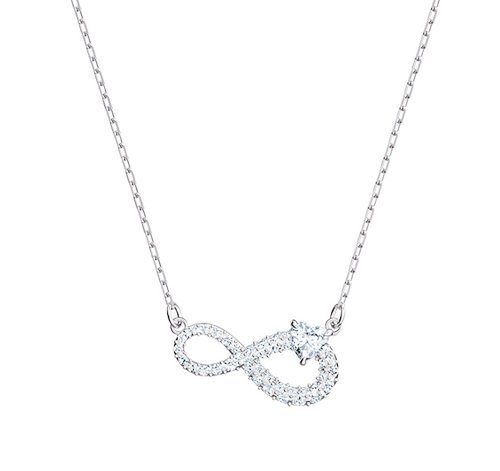 The infinity symbol has roots that date back to the mystic times and tribes in Indian and Tibetan cultures. The symbol is known for originally being a mathematical symbol that was used to express infinite sum.

The reasoning behind this has to do with the fact that the word infinity is derived from the Latin word ‘infinitas’ that translates to unboundedness, and the infinity sign was the sign used to recognize the concept. It is believed to have been discovered by the Mathematician John Wallis in 1655, and he coined this term to represent a number or number with no end or just infinite.

The Ouroborus, which is a part of the Ancient Egyptian Culture, also features the infinity symbol, which is designated by the symbol of the snake biting its tail. Here, the infinity symbol is used to represent beginnings and endings or the principle that one can’t exist without another, hence the creation of the everlasting circle.

In modern times, the infinity symbol is predominant in meditation and affects aspects of spirituality. The main reason for this is the belief that the infinity symbol is one that holds great meaning in different spiritual and religious beliefs, including Sanatan Dharma or Hinduism, Christianity, Buddhism, and Daoism, and other beliefs.

Essentially, all the fascination around the infinity symbol has to do with the fact that this symbol is believed to be the perfect representation of beliefs of peace, balance, focus, harmony, and oneness. 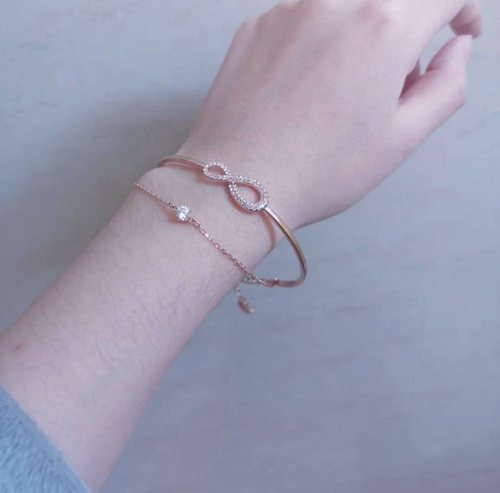 But that is not all, with some people using such jewelry as a representation of their faith in God – this is the case in non-specific religions.

And if you got your friend an infinity necklace, for example, this necklace is believed to be a symbol of the unending nature of your friendship.

It’s also worth noting that the infinity symbol can be divided into 2 sections, thereby representing two elements, individual or the aspects of a person. This is also the reason why infinity jewelry is the ideal gift for couples.

What does an infinity necklace mean?

Beyond the idea of an everlasting friendship, the infinity necklace is considered to be one of the most powerful accessories today in that it is a symbol of a limitless future, especially for women who have escaped human trafficking.

It is believed to be the perfect embodiment of hope and perfect opportunities. It is also considered to be much more than a mathematical symbol or a sideways number 8.

The infinity necklace is one of the most powerful pieces of wearable art that reminds the wearer that their lives aren’t over and that there are many possibilities out there for them.

One of the notable uses of the infinity necklace is by Reese Witherspoon, who, through her partnership with Avon, spearheaded fundraising to increase awareness against harassment and violence against women and also to empower women.

The infinity heart is the symbol of endless love, and such a necklace would be exchanged between lovers to show their commitment and love for each other.

It can also represent the close bond between family or friends. 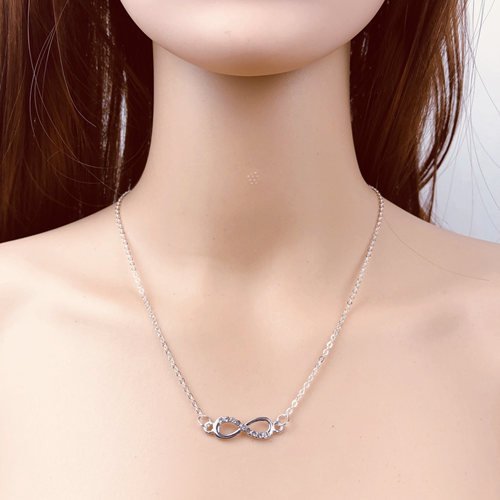 This necklace represents the fullness of life, infinite possibilities, and unlimited potential.

Should you buy an infinity necklace for your beloved ones?

The infinity necklace is a powerful symbol that represents balance, endless and bountiful love, endless possibilities, hope, and a special bond shared.

So, if you are looking for an accessory or a gift to remind your loved one how much they are loved and that they should be hopeful, present, and know that there is more that life has to offer, the infinity necklace would be an ideal fit.

Away from the mathematical symbolism of the infinity symbol, the infinity sign stands out as one of the signs that hold profound meaning not just to individuals but also holds great meaning in spiritual and religious settings.

It is not only beautiful but also one of the most inspiring symbols that can be incorporated into jewelry.