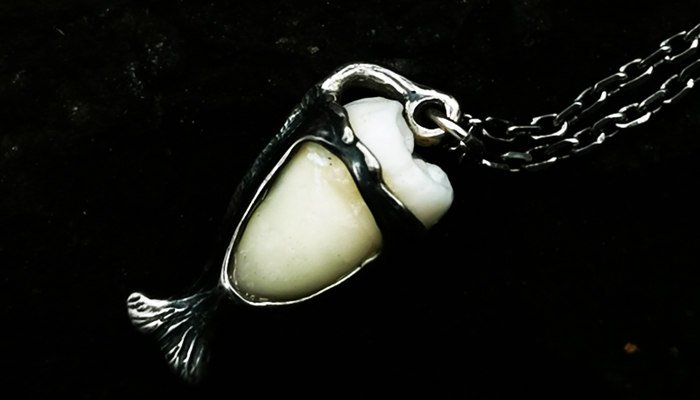 It’s creepy and even haunting, yet the human tooth necklace is slowly becoming one of the most popular types of necklaces today. You’ve probably seen a few people donning this kind of tooth necklace, and you may be wondering, why?

In this article, we’ll take a look at everything you need to know about the human tooth necklace, specifically, what it means and why it’s even a thing.

So, let’s get started.

The brief story of human teeth used as jewelry 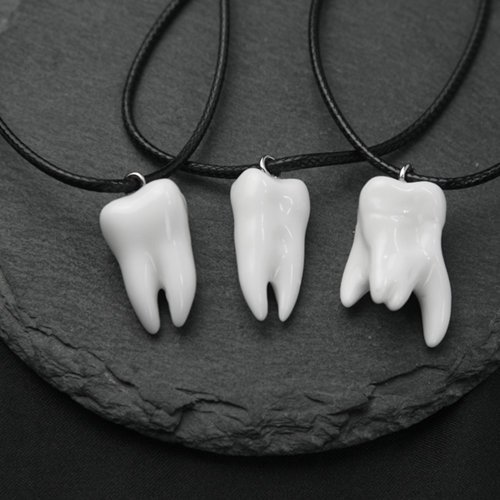 This first account of jewelry made from human teeth was identified in a prehistoric site in Turkey. Here, researchers and archaeologists came upon 2 human teeth that are believed to be 8500 years old.

These teeth were used in pendants in necklaces or bracelets. While this practice had never before been documented before the prehistoric times, specifically in the prehistoric Near East,  its rarity has been found to suggest the fact that human teeth would be imbued with quite the most profound meaning to the people who wore the human teeth jewelry.

These discoveries were made in the Neolithic sites in Turkey (Çatalhöyük) between 2013 –2 015. These discoveries showed that human teeth were used in jewelry. Research shows that the teeth would be drilled intentionally to be worn as beads in bracelets or necklaces. Macroscopic, radiographic, and microscopic analyses done after the discoveries now show and confirmed that two of the discovered teeth were indeed used in necklace pendants and beads. 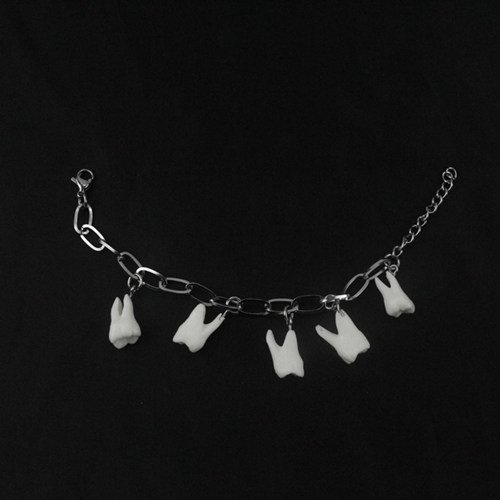 As gross as it sounds, the use of human teeth in necklaces is believed to hold deep meanings across generations. And since the teeth found were only two, against a flurry of jewelry made of animal bones and teeth, it’s clear that the use of teeth held deeper meanings, and they were perhaps used in rare rituals that were maybe considered taboos.

There use of the human tooth in jewelry seems to hold different meanings to different people, but what stands out is the fact that some people will keep a tooth or all their teeth because they attach some sentimental value to it.

Today, the human tooth is used in jewelry, and it is regarded as one of the most important and highly valued pieces of jewelry on the market. With many people regretting leaving their teeth at the dentist’s, a project known as the Human Ivory was borne, and it now allows people to restore or reinvent their teeth into something they like, something they can keep. With the use of ivory is banned in the US and across the world, turning to the human tooth appears to be the new ivory (soft, perfectly textured, and highly-priced).

The tooth is turned into different kinds of jewelry, even rings, but this is only after the transformative processes that take away that ‘ick’ factor while changing and enhancing the sheen and shape of the tooth, and subsequently, a fine piece of jewelry.

For people who are interested in keeping and transforming their teeth into necklaces, tie pins, rings, and cufflinks, the tooth is an invaluable item that has to be kept well and treasured.

And in most the ancient cultures, teeth are believed to symbolize an individual’s stature in society. In several African cultures, for example, there are cultural rites and rites of passages that were punctuated by the extraction of teeth to indicate that the individual had come of age and that they would, from that time, take on greater responsibilities to society.

Ornamental Reasons – In some ancient cultures, teeth would be deemed a mark of beauty, and in some modern cultures, teeth gaps were considered marks of beauty. Others would sharpen their teeth to symbolize beauty. At the same time, ancient people would make ornaments out of teeth because the teeth were very highly valued. 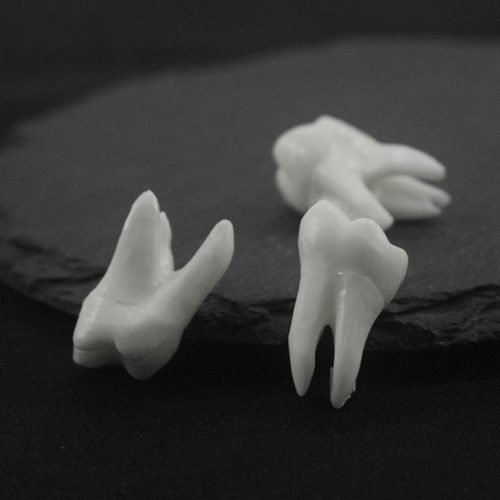 In other cultures, the status held by warriors was connected to the total number of teeth they lost in battle. Often, the lost teeth would be pinned on the warrior’s shield or even create necklaces from their own teeth and even the teeth of the animals they hunted or killed, often the most dangerous animals.

At the end of the day, the warrior with the biggest number of teeth on their necklace or their shield would have the highest rank. On the contrary, if you lost your teeth away from the battlefield or to the competitors, the lost teeth symbolized weakness, and the lost teeth would bring dishonour to the warrior and the community.

Teeth were also used in jewelry to symbolize: 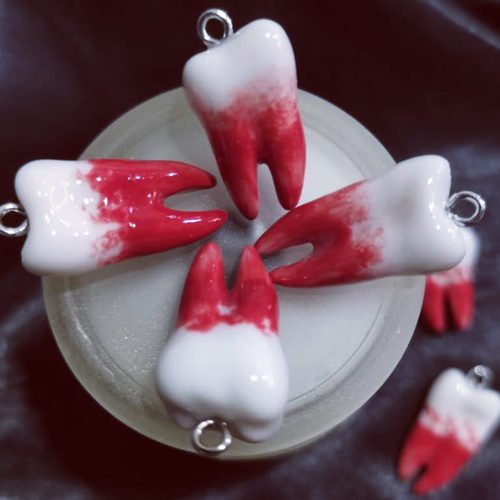 Should you buy human teeth necklace?

Yes, but only if it is your thing. Not everyone would be into a necklace made of human teeth, regardless of the meaning behind it or the value of the piece.

Though it sounds creepy, the idea of human teeth for jewelry has been around for centuries. It holds great meaning behind aesthetics.

You only need to make sure that if you wear a necklace made of your teeth, it’s because it’s something you like and you are comfortable with.

Thanks for reading! Read More interesting topics here or here!