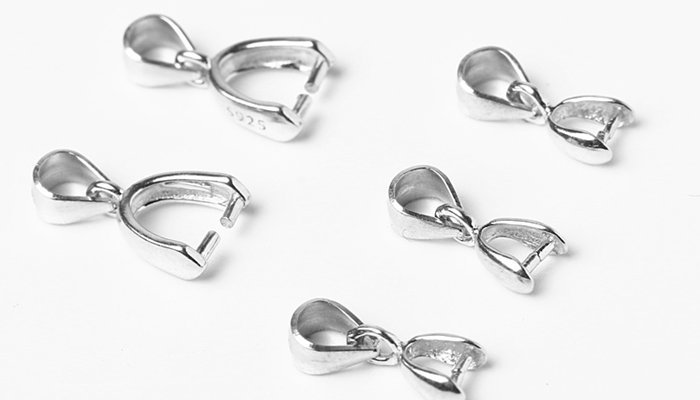 Pendants are a great compliment to a chain or necklace. They come in varying designs, sizes, and colors. So, they are a great way of expressing yourself. The most important part of a pendant is the bail. Without it, you’re not able to attach the pendant to the chain. Even bails come in various designs and shapes, based on the pendant.

Did you know, however, that it’s possible to make a bail for your pendant on your own? So, if you have a chain and pendant you’ve been thinking of attaching but didn’t know how to, you don’t have to worry.

In this post, we will show you how easy it is to make a silver bail for your pendant and things to consider in the process.

How To Make a Silver Bail for a Pendant?

Making a silver bail isn’t as hard as most people think, nor is it as complicated. With the right tools, material, and guidance you’ll be done in no time. The following are easy steps you can follow to make a traditional silver bail for your pendant: 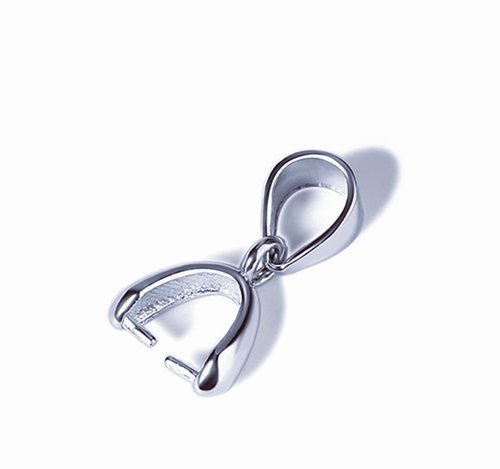 Before anything you need the design of the bail, you’d like to make. On a piece of paper, draw the exact shape and size of the bail as you would like it to appear. In this case, you’ll draw a long triangle with the top part cut off. So, it should have a flat base and top. As you do this try to be as symmetrical as possible. But you don’t have to focus too much on it being perfect, you can correct any mistakes towards the end.

Step 2: Cut out the design.

Step 3: Sketch and cut the design on the silver metal sheet

Using the paper design as a template, place it on your silver sheet metal and trace the outlines using a metal scribe or fine point marker. Once it’s done, cut out the design you’ve traced. Try to be as precise as possible but don’t focus on being perfect. 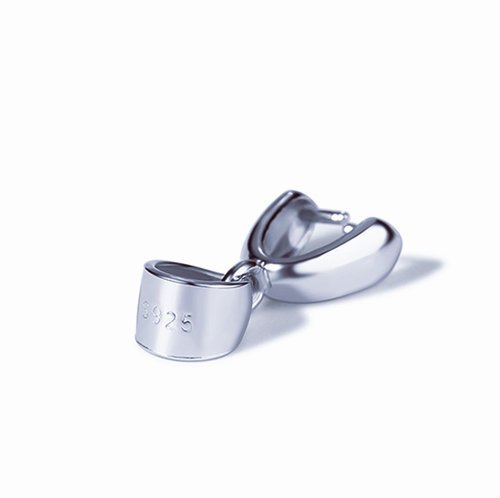 Using a pair of round and flat pliers, bend and curve the cut out in half. You can use extra pliers if needed. Try to shape the bail to form perfectly symmetrical halves with the appropriate width for the opening, where the chain will pass through. Take your time on this step.

Once the bail is shaped perfectly, hold it in place in one hand using a pair of pliers. Holding a fine file, on the other hand, file the sides of the bail until they are in perfect alignment. After that use a sanding stick or paper to remove the filing marks and smoothen them out.

Step 6: Join the bail to the pendant.

To solder the bail on the pendant, first line the two up as perfectly as possible, with the pendant facing up. From there join them together using a small ball of medium solder. Then turn the pendant over and solder it again, to ensure it’s securely attached to the bail. Once that’s done your pendant is ready to be attached to your chain.

What to Consider When Making a Bail for a Pendant. 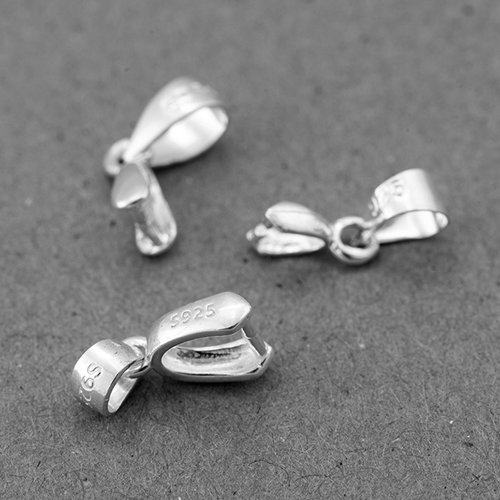 As you craft your pendant or bail, it’s important to have an idea of what you expect. That is why it is important to think things through before cutting and soldering. The following are certain things you should keep in mind in the process:

These two elements are very important. There is nothing more irritating than having to flip your pendant over every time because the proportion of the bail is less compared to the weight of the pendant. A wider bail adds stability to the pendant.

Where you position the bail is vital to how the pendant will hang from the chain. To avoid the pendant vertically flipping over, the ideal place to place the bail is at the top quarter of the pendant.

As you consider positioning, it would help to consider whether or not you want the bail to be visible. If you do, then you can place the bail at the top of the pendant. If not, then the bail can be placed at the back, as long as it is in the top quarter.

When choosing the metal to make the bail with, it’s ideal to use the same metal used in the pendant and the chain you’ll attach it to. It gives a neater and more professional and uniform finish. It also gives the appearance that the pendant and bail are one and not soldered.

There you have it, everything you need to know about making a basic bail for a pendant. Most people tend to overlook the importance of bail,

but it is like an extension of the pendant. It gives the pendant stability and adds to its appeal depending on its design.

You don’t have to stick to the basic design we’ve shared. Bails can take any form and shape, as long as it blends with or compliments the pendant. Your imagination is your only limitation.