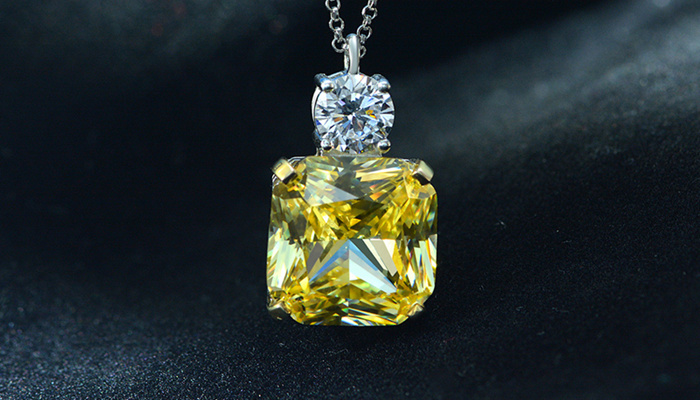 If you know jewelry, chances are that you have heard of or are familiar with the Tiffany diamond. It is among the most recognizable and oldest jewelry pieces in existence today and has been a famous feature thanks to certain celebrities wearing it on the red carpet and during very special events.

Only a few famous women have worn the piece publicly since its discovery, which leads us to the question of how much it is worth and whether it is worth looking into. As a quick answer, the value of this diamond is about $30 million according to various valuation sources.

About the Tiffany Yellow diamond

Diamonds are huge, but they rarely compare to the size of the Tiffany Diamond, which is among the largest yellow diamonds ever in existence. It was discovered in 1877 in the Kimberley mines of South Africa and was originally 57.484 grams (287.42 carats) in weight. 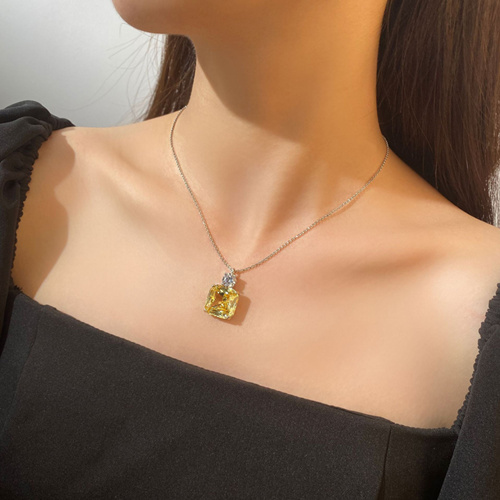 The famous jeweler, Charles Tiffany, bought it after its discovery in 1878 and took it to his gemologist, George Frederick Kunz. Before it was cut into what we know today, the gemologist studied its qualities for a year and went to Paris to do the cutting down the diamond into its shape, with Jean Schlumberger mounting it sometime later.

It was cut into a cushion-like shape of about 90 facets and its weight was reduced to 25.108 grams (128.54 carats) to increase its brilliant appearance, especially when compared to normal round brilliant diamonds that had 58 to 60 facets instead of the common square cut. The pattern of the facets uses a design of eight needle-like facets positioned at the bottom facet or culet, which point outwards, while the other facets are shaped in unique ways that contribute to the gem’s appearance.

In 1879, the Tiffany Paris branch got the diamond, which they confirmed was the largest yellow diamond at the time. This was a technique that was later perfected during the middle of the 20th Century to handle large gemstones.

According to Herbert Tillander, a diamond and jewelry historian, this design is considered a sign of a ‘stellar cut’, and he lists it in his 1995 book Diamond Cuts in Historic Jewelry – 1381 to 1910 alongside other jewelry pieces like the Wittelsbach, the Polar Star, the Koh-i-Noor, and the Cullinan Diamond.

After the gem was a major part of Tiffany’s exhibit at the Chicago World Fair of 1893, the jewel’s permanent home today is in New York at the Tiffany & Co. flagship store in Manhattan.

How much is the Tiffany Yellow diamond worth? 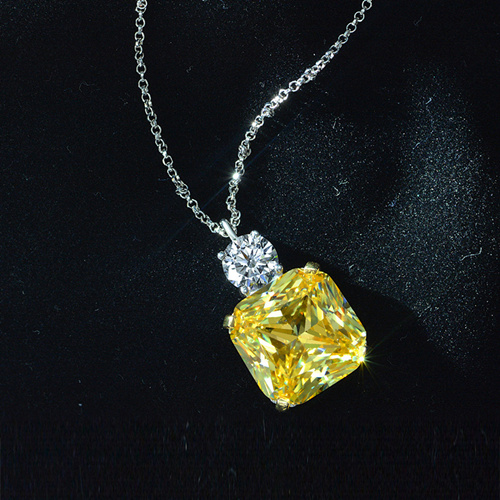 According to the Harper’s Bazaar website, the diamond is valued at £22.9 million, or $30 million. In its initial form, Charles Tiffany bought the stone for $18,000 (about $510,000), so its value has increased exponentially during its more than 140 years of existence.

Although the necklace’s setting has changed slightly, its stone is the same and many people still think of it as one of the most important discoveries of the 19th Century.

Why is the Tiffany Yellow diamond so expensive?

Diamonds are quite expensive in general, so costing a pretty penny is a given – but in terms of the classic Tiffany yellow diamond, the cost is driven up by certain factors. The cost is quite high due to these factors: 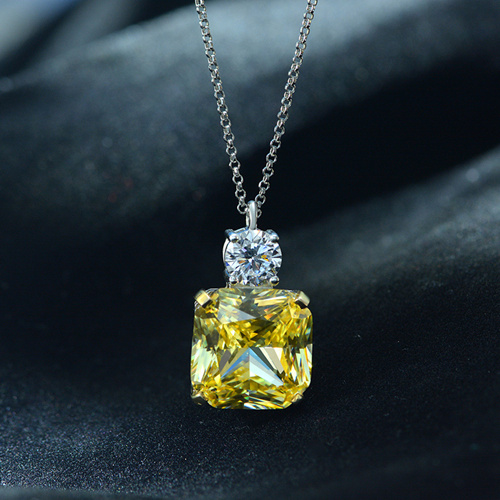 The cost of a diamond will mainly depend on its cut, color, clarity, and number of carats, and in the case of the yellow diamond, it will be more expensive as its color intensity increases.

However, Tiffany diamonds present more potential than any other crystals and metal combinations, because of the name of the brand itself. When you buy a diamond from Tiffany, you are purchasing a piece from one of the most powerful global jewelry brands with the expertise of almost 200 years.

Due to this, the presentation of their jewelry is essential, such as increasing the brilliance and shine of the diamond crystals to their greatest potential.

Tiffany & Co. is very serious about following business ethics in their operation, and they will only source their diamonds from select suppliers. They also aim to do frequent background checks on all their diamond mines and the conditions of the people working in these mines.

Thanks to their reputation as proactive go-getters, they even established a Gemological Laboratory in New York that has a higher standard of diamonds which it accepts compared to the recognized Gemological Institute of America (GIA).

They always believe in the superior cut of their products, which drives up the cost due to the high demand their products create in the market. 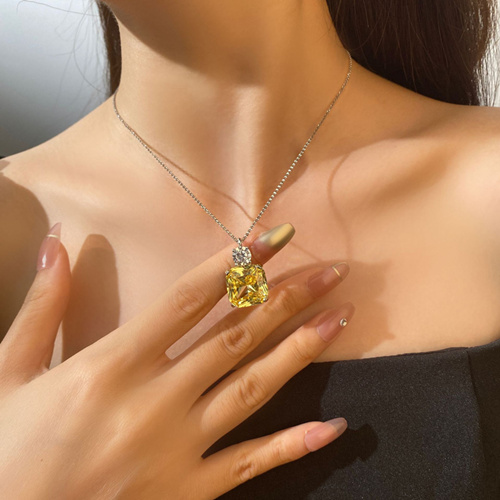 3. The rarity of the gem

As the gem is not for sale – yes, that means people who want it must rent it for a few hours – its rarity cannot be understated. Yellow diamonds are quite a few in the world, and they become more expensive the richer the yellow color is. Combining it with the skill and knowledge needed to cut it precisely to make it shine brilliantly, it is understandable that the price is quite high.

Why are many famous people wearing the Tiffany Yellow diamond?

Only four women are known to have worn the actual diamond publicly, with any other diamonds that look similar to it being replicas of the shape and appearance. These women are:

She wore the diamond when attending the Tiffany Ball which was held in Newport, Rhode Island in 1957. The diamond was specially mounted in a necklace that was full of white diamonds.

She was the second woman to wear the diamond during the promotional photographs of the movie Breakfast at Tiffany’s in 1961. 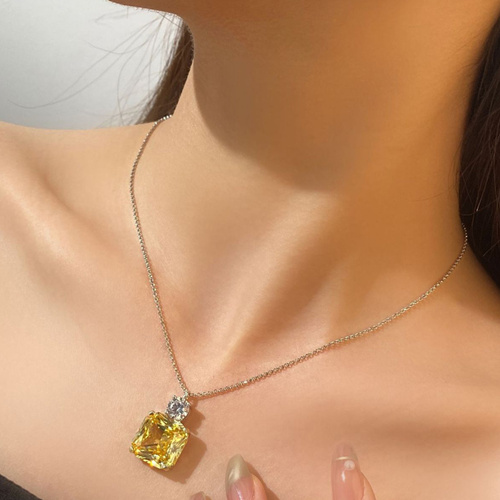 The singer Lady Gaga was the third woman to wear it, and she donned it in 2019 when she attended the 91st Academy Awards.

Beyoncé then wore the necklace during a campaign when she teamed up with Tiffany in 2021. She also became the first black woman to wear it.

The quality of Tiffany diamonds is a guarantee, and the history of their famous piece, the Yellow Diamond, proves that.