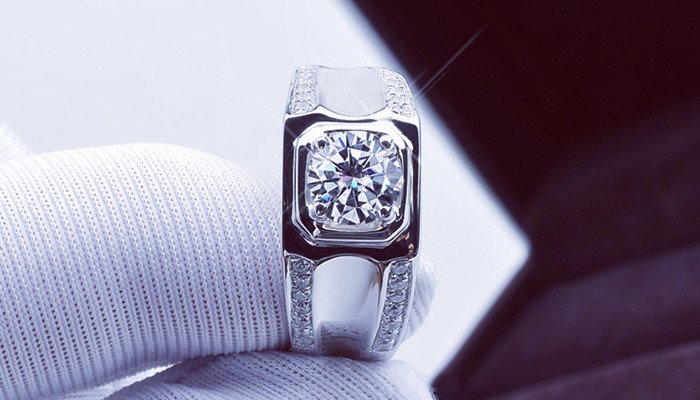 Platinum is a stunning g metal with a silver-white finish, and it’s regarded as one of the best alternatives to other white metals used in jewelry making like white gold and sterling silver.

This silver-white metal is also highly resistant to tarnishing and corrosion, and it’s also the best white metal alternative because it will not get oxidized.

Over time, it will have a patina of sorts, which will make it even more desirable. But what’s its value? Should you buy a platinum ring, and if you buy it and choose to sell the ring later on, will you get money for it?

Keep reading to learn more about the platinum rings and how much the rings are worth.

What is a platinum ring made out of? 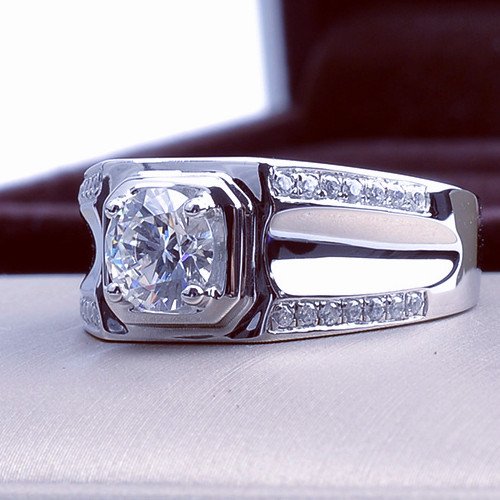 As platinum rings grow increasingly popular in the jewelry world today, even replacing gold as the preferred metal of choice for making rings, it’s worth taking a look at what the metals are all about exactly.

Platinum belongs in the same group of metals like palladium, rhodium, ruthenium, and iridium, and this lustrous, silvery-white precious metal is especially revered because of its lustrous finish, alongside the fact that platinum is regarded as one of the most expensive metals used to make jewelry not just because of its stunning lustrous appearance, but also because it boasts a superior level of durability.

Platinum rings are made of 95% pure platinum, and the remaining 5% are made of metal alloys that enhance its durability.

These rings and the version of platinum used for rings are often hallmarked with the signs PLAT, PLA, or even PLATINUM. But even at a 95% purity level, platinum is regarded as a pure metal, and it’s priced at the top of the metals pricing scale as a result.

The other forms of platinum have a varying purity level above 85%, but most of the high-grade platinum pieces of jewelry have a purity level of more than 90%. 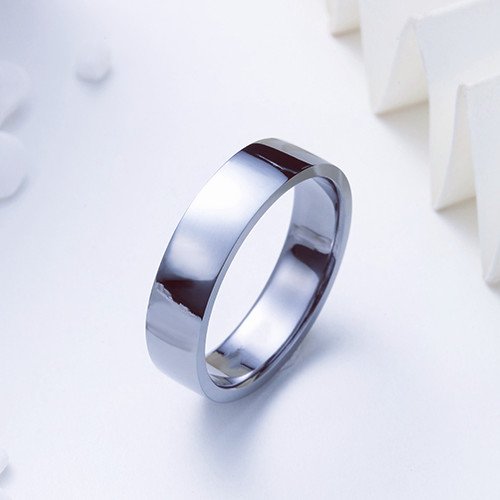 The grains or the nuggets of pure platinum are sometimes extracted and found naturally in nature, but in most cases, platinum is found as an alloy with a high concentration of platinum. The other metal alloys present in platinum include gold, copper, iron, and nickel. Nickel is not commonly found in platinum, though.

Platinum that is found in its purest state is known as the native platinum. But unlike gold, the small platinum nuggets are largely inconspicuous.

These forms of platinum all feature a dull, blackish, or grayish color. The platinum pieces do, however, have an extraordinary heft that they are known for. Iron is one of the metals present in platinum, which makes it slightly magnetic.

Platinum mining takes place underground, and miners have to use explosives into the drilled holes in the rocks to allow for blasting of the large platinum rock deposits into smaller pieces. The ores and the platinum pieces will then be collected before they are transported back to the surface for processing.

The refining process is a very laborious one, taking 2-6months for every batch of the core to be processed. One of the processes necessary for the processing and the extraction of pure platinum is flotation separation, in which air bubbles are blown through the platinum ores/ mixture, carrying the platinum particles to the surface where the platinum rich mixture is then skimmed to the surface and let to dry as a concentrated powder. 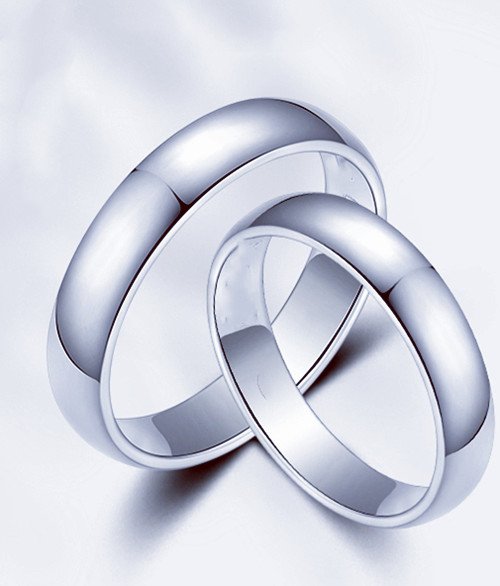 The dry platinum powder is then heated under very high-temperature conditions, and this removes all impurities in the platinum. Air is then blown through the platinum matte, where the sulfur and iron are removed.

Next, there is chemical processing where the base metals like nickel and copper are removed, and in the last stage, the remaining mineral concentrate goes through treatment with aqua regia that dissolves the platinum. Lastly, the solution is filtered and then purified before it is burned to yield pure platinum.

Thanks to the malleability of platinum, this metal allows for the easy crafting of rings. That said, the creation of platinum rings is made possible by the following properties and features of platinum.

Platinum allows for annealing, which like the other metals with loose molecular structures, means that the platinum pieces pass through the steel rollers into the desired compact shapes.

Annealing is also the most desirable process for platinum processing because it results in the production of the least amount of platinum scrap. However, the annealed pieces have to be polished.

Platinum could also be machined in different ways, just like other metals. Also, the platinum could be filed and also sanded and finished using the polishing wheel, resulting in a bright and shiny metal surface that makes it a desirable metal for jewelry.

What determines the value of the platinum ring? 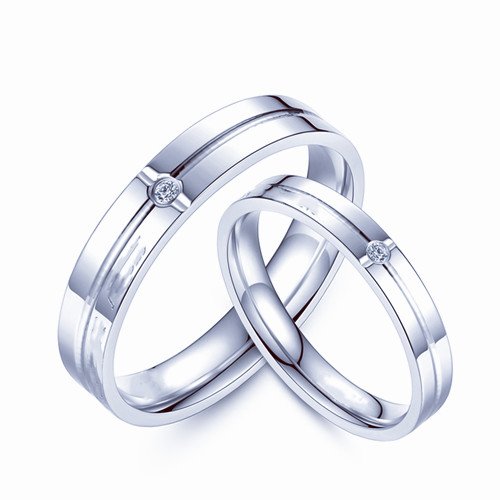 Platinum is not just one of the rarest precious stones but also one of the most expensive ones. But not just that, it’s also more expensive than gold.

But what exactly determines the value of a platinum ring?

Well, for starters, it’s worth noting that platinum was not always the most popular of white metals used in jewelry making. People were mostly fixated with gold and other metals like sterling silver while overlooking the rare element platinum.

As a result, platinum was priced the same way as gold. This pricing was also made possible by the gold’s demand was high, hence the high price tag. 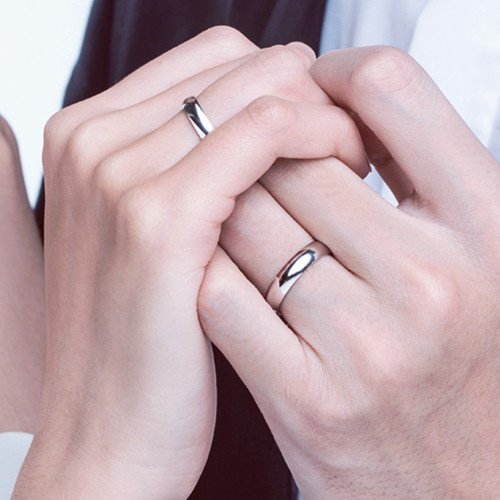 Platinum is essentially denser than gold, which means that you will need more platinum to make the ring than other metals like gold. And it’s also the reason why platinum is valued higher than gold.

Platinum is not just a strong metal but also the most durable metal used to make jewelry. Although platinum gets scratched over time, especially as you move the ring from one place to another, the scratches develop into this nice, desirable finish called the patina finish, and the best part about the patina finish is that it gives the jewelry a nice, antique finish.

In other words, the durability and the fact that it’s the strongest metal are the reasons why platinum is the reason for the high-value metals on the market. It also holds precious gemstones very securely, and the prongs make platinum jewelry more valuable.

So, thanks to the fact that platinum handles scratches well and also withstands wear and tear, lasting for generations, it makes sense that platinum jewelry is quite valuable. This jewelry can also be resized or even reconditioned with ease, which is why the metal is highly valued.

The biggest selling point for platinum and the reason why it is valued very high is that platinum is up to 30x rarer than gold, so it costs more.

How much platinum is needed to make a ring? 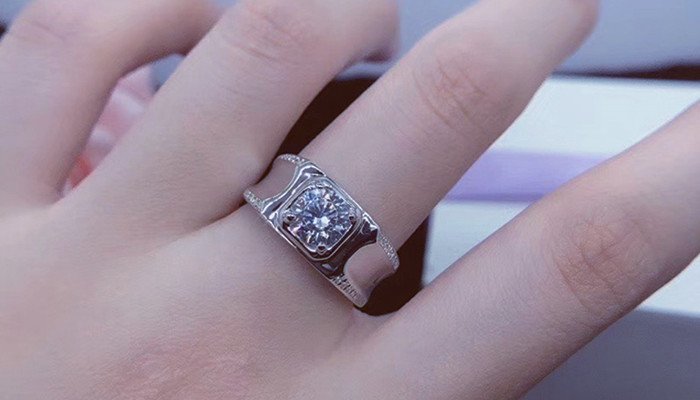 That said, the price could be higher depending on the gemstone and prongs incorporated in the ring.

How much does a real platinum ring cost?

The price of the platinum ring is also dependent on the purity of the metal. The best of these and the most valuable platinum rings are made of at least 90% or 95% pure platinum.

Is it worth buying a platinum ring? 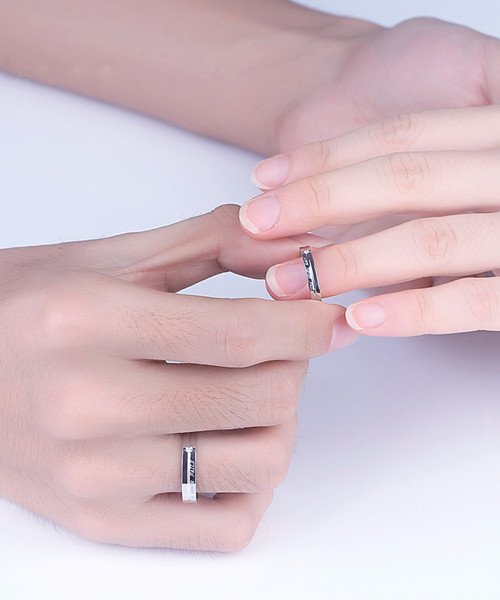 Ultimately, you are the one who determines if you should buy the platinum ring or not.

Generally, the platinum ring is pricier than most other high-value precious, but it’s also more durable, versatile, strong, gets a nice patina, fashionable, hypoallergenic, heavier, more valuable, and the best part is that it would last a lifetime.

So, this incredibly strong metal that is built to last is worth the investment, and it would be a great option to invest in. That said, redesigning it or resizing the ring might not be the easiest thing to do, and this will set you back a few bucks.

Platinum is a very valuable metal that’s become increasingly popular in the past few years.

It is quite expensive, though. Even so, its worth is based on its rarity, durability, strength, density, hypoallergenic state, and the fact that it has a shiny white, lustrous finish.

The value of platinum also depends on its purity level.

So, if you are looking for the valuable precious metal to invest in, platinum might be the most preferred metal for you to invest in.